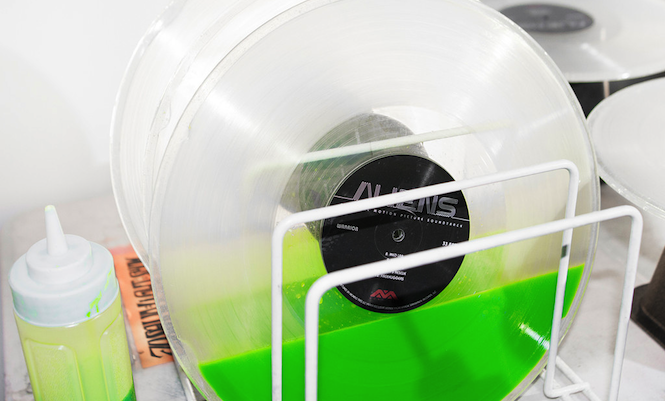 Each copy of the new Aliens soundtrack took over an hour to make.

Last week Mondo revealed a tantalising image of their newest release, a 75-copy special edition of James Horner’s Aliens soundtrack, filled with liquid – or, more accurately xenomorph blood – due to be released online (at 11am CST) and at a pop-up store in Austin, Texas for ‘Alien Day’ today.

While getting your hands on these slippery numbers is going to be tough, Mondo have released a little more information about how the stunning discs were made. In the works since the soundtrack was originally released last summer, the label consulted with liquid-vinyl specialist Curtis Godino to create the records, each of which took over an hour to make. 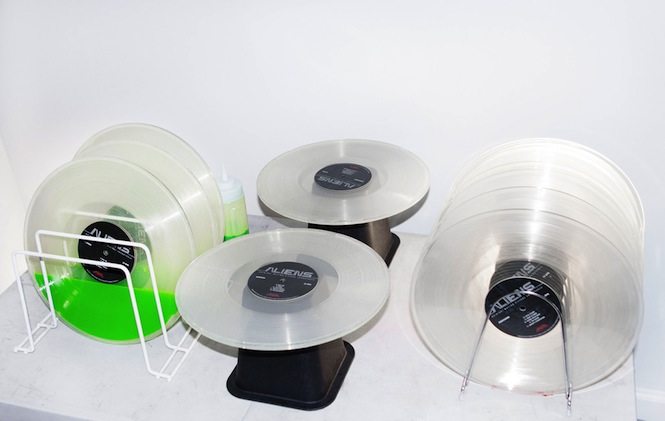 “Since I make each vinyl one by one, the process is very time consuming and tedious; there are three stages which take a little over an hour per record. But the up side about doing each one is that I can make sure they are perfect. The obvious issues that are always brought up are leaks and evaporation.

I use a special type of resin to seal the records which has kept my oil wheels sealed without leaks for years. Also, I am not using water inside the records, so the viscosity of the liquid and the fact that it is air tight assures that the liquid will not evaporate. Hopefully that will calm the skeptics a little.” 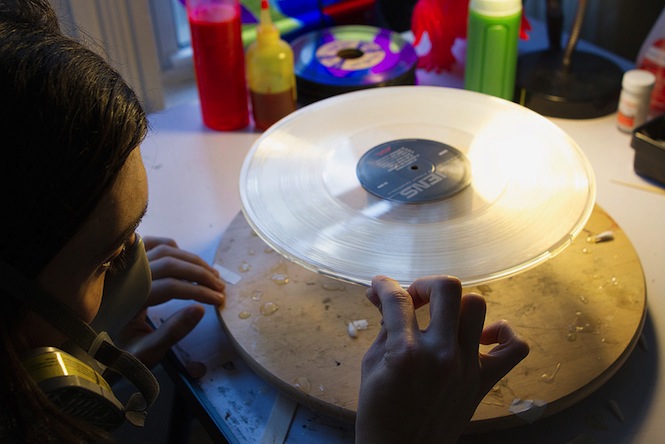 But that’s not all. “I have been developing new ideas for new types of records and extensions of the liquid disc which will hopefully reach the surface soon,” he continues. “I’m very excited for the future of this medium.”

A medium, it must be said, which has a fine history, as this collection of the weirdest things pressed into records reveals.

Needless to say, if you haven’t seen the finished article, you’re in for a treat. [via Mondo]