Meet a Brazilian businessman who owns millions of records 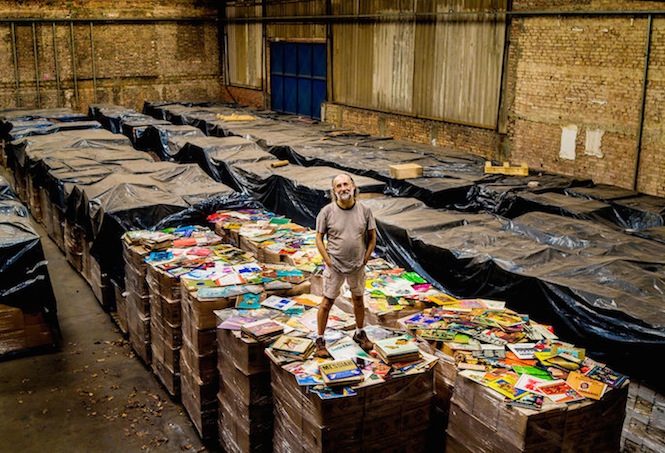 It certainly puts that guy’s 30,000-strong collection to shame.

The New York Times has profiled Zero Freitas, 62, a Brazilian businessman who has been unable to stop buying records since childhood, amassing possibly the world’s largest collection of vinyl in the process.

“I’ve gone to therapy for 40 years to try to explain this to myself,” he said. His 25,000-square-foot warehouse in São Paolo contains several million albums. He’s been collecting since childhood and greatly expanded his collection after his divorce.

He currently employs a dozen college interns to catalog the records, but their 500-per-day rate is nearly surpassed by the new records he adds daily, using a network of buyers in New York, Mexico City, South Africa, Nigeria, Cairo, and beyond.

The whole piece is worth the read — check it out here.

The Moving Museum sets up in Istanbul for three-month residency