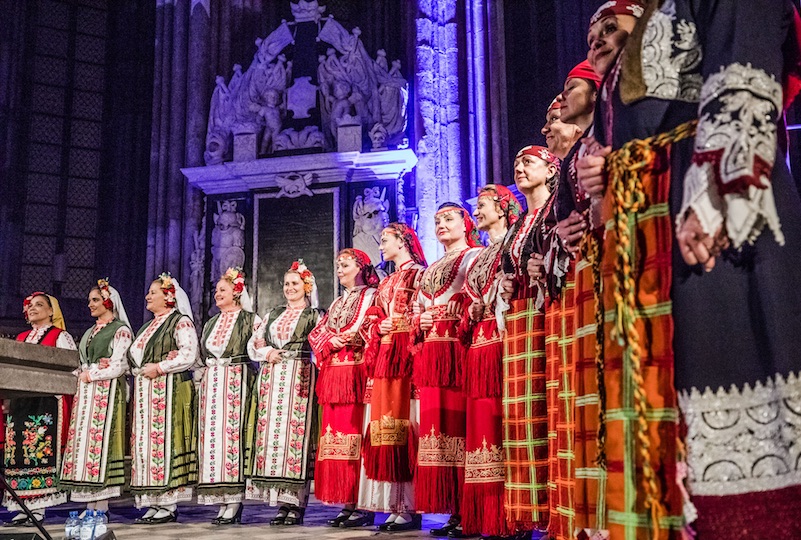 Read next: How this all-female Bulgarian folk choir became a timeless cult phenomenon

First recorded and released by Marcel Celliers, Le Mystère des Voix Bulgares reached an international audience with the release of a compilation on 4AD in the mid-’80s, and have since garnered something of a reputation among collectors and DJs.

Invited to perform live in Utrecht’s iconic 13th century Dom church as part of a program curated by perfume Genius at Le Guess Who? festival, Le Mystère des Voix Bulgares are heralding their new album with two live videos from the show, which you can watch below.

Le Mystère des Voix Bulgares’ BooCheeMish will be released in spring 2018 on vinyl. Pre-order, artwork and release date are yet to be announced, but you can check out the first single here.