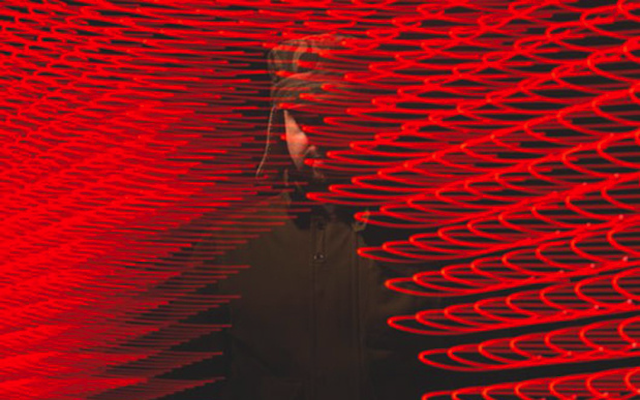 Hyperdub boss Steve Goodman AKA Kode9 and audio-visual artist Toby Heys have announced the release of one of the most ambitious sonic projects we’ve seen in quite some time; a 256-copy single-run limited triple gatefold set of dystopian sonics that have been four years in the making. In short Martial Hauntology is the culmination of a unique research project into the properties of psych-acoustic manipulation in social and military environments, but as you might imagine, it’s pretty weighty stuff and requires a fair bit of context.

An extension of Goodman’s work as lecturer in Sonic Culture at the University of East London which has also seen his publish the 2010 book Sonic Warfare, the pair were recruited by sonic research unit AUDiNT way back in 2008 to investigate super-directional speakers. Since then they have expanded their work to explore the uses and implications of sonic technology in warfare and social control, focussing on a series of pretty sinister case studies from the last 70 years for this unique edition.

From the Enigma-busting mathematician Alan Turing and The Ghost Army’s pioneering use of 3 deck mixes in World War II, to the use of audio-based youth repellents via the American use of Helicopter-speaker terror in the Vietnam War, the AUDiNT set contains a single 180-gram clear vinyl record of soundscapes devised by Goodman and Heys and narrated by Ms. Haptic reflecting on the impact of these forms of psychological control.

Detailed in a 112-page book, the first side, more than somewhat cryptically features a spectral research mission across the Atlantic, while side two boasts an exploration of vinyl recycling plants in Southern China. Confused? The clips don’t offer much more by way of an explanation, but the premise and scope of the project as historical document and sinister foreboding of a dystopian future is more than intriguing.

Never to be re-pressed, Martial Hauntology will be released on 21st July as a limited triple gatefold vinyl set featuring a 112-page book, one clear vinyl record and 12 x 12″ Dead Record Archive cards. The set will be limited to just 256 copies, with artwork by Optigram. While there’s also an installation planned in conjunction with the Mutek Festival in 2015, if you want to find out more, you might just have to go ahead and buy the record.

You can try your luck deciphering the AUDiNT website here and check out images of the release below, courtesy of Boomkat. 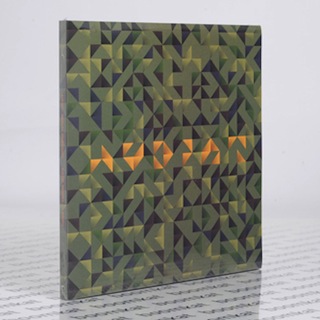 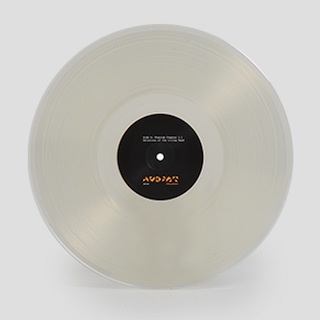 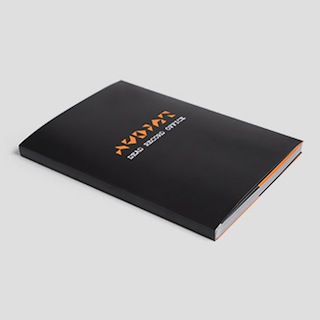 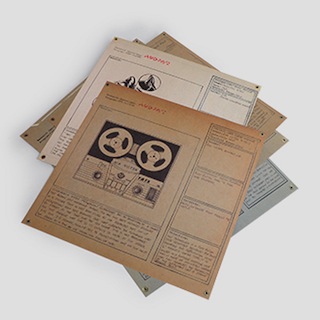 The Viking of 6th Avenue: An introduction to Moondog in 10 records