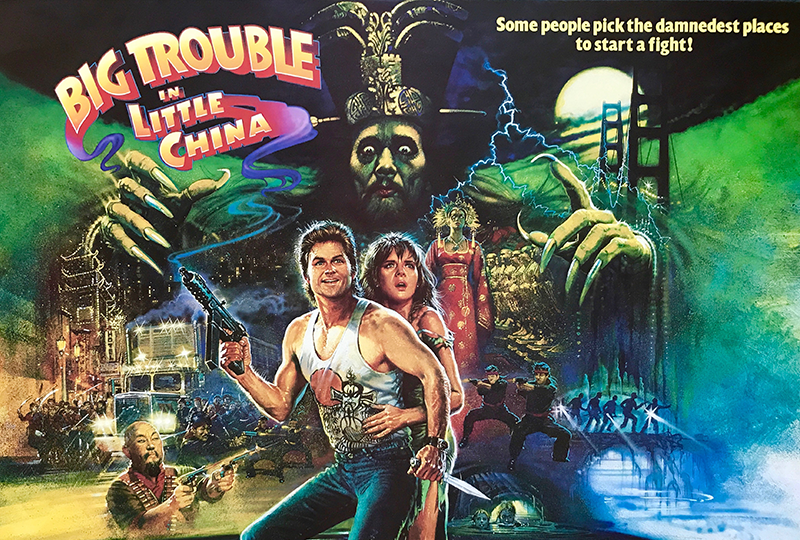 Director/composer John Carpenter’s 1986 soundtrack for Big Trouble in Little China is being reissued for the first time, via Mondo this July.

Though the film failed to achieve critical or commercial success when it was released, it has since gone on to become a cult classic.

Big Trouble in Little China has been remastered from its original tapes by James Plotkin for its first ever vinyl reissue.

Mondo has yet to reveal the track list for its deluxe, 2xLP release, but it will available in two variants: “clear lightening bolt” available exclusively at Mondo’s Comic-Con booth in San Diego 19th – 22nd July, followed by a red variant later this summer.

Head to Mondo for more info, and watch the original trailer below.