Artists Joana Escoval and Nuno da Luz have released a new album called Beasts of Gravity on The Vinyl Factory.

The album was recorded in Iceland and Stromboli, and features four original compositions alongside two remixes by  alva noto / Carsten Nicolai and DJ Marfox. Each movement explores various field recordings and natural phenomena.

In the first movement, sounds include seismic waves and VLF – electrical storms reflected in the ionosphere. In the second, three humpback whales are heard surfacing the ocean.

In the third movement, a high-pressure geyser eruption combines with cymbals and seismic waves, and finally in the fourth movement, the wind plays electric guitar.

The record culminates in a locked groove of the ambient sound within the crater of an extinct volcano in Iceland.

Beasts of Gravity is available in standard and limited edition variants, the latter of which includes exclusive sonic artwork to be used in the environments where the album was recorded.

Head here to order a copy of the standard variant, and here for the limited edition release. Check out the cover art below. 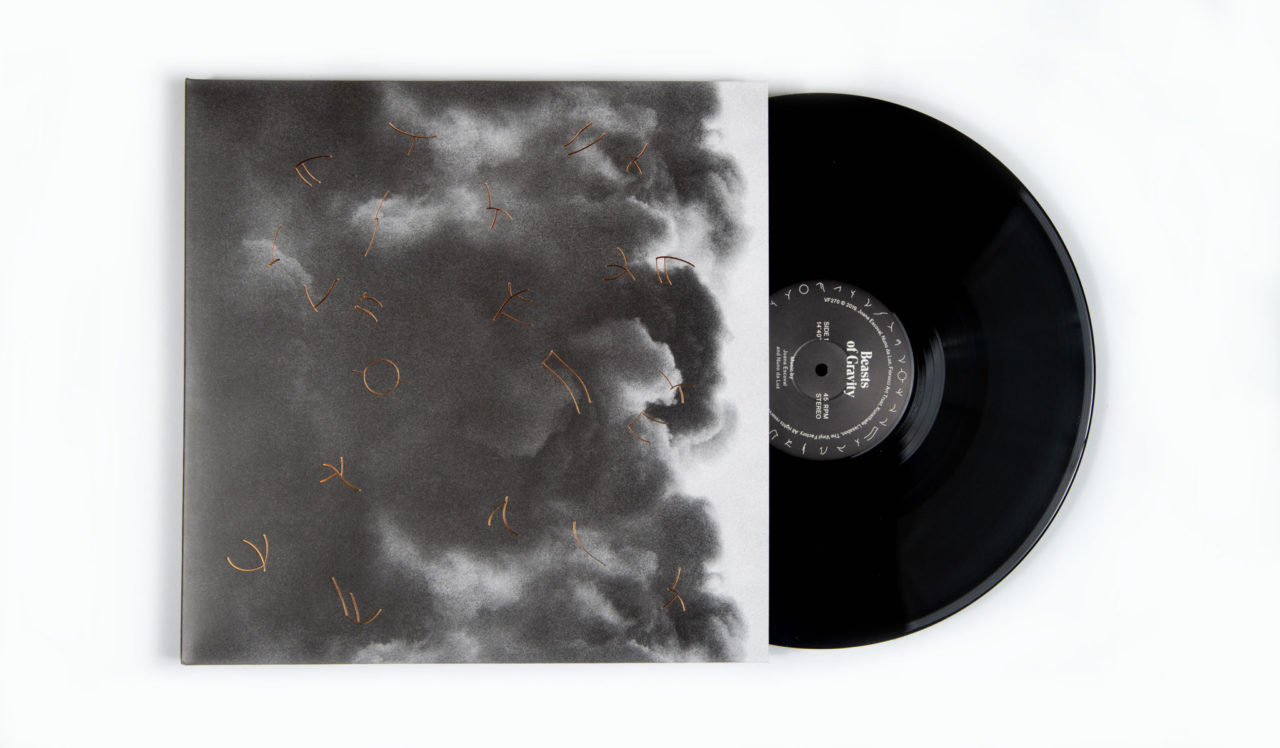