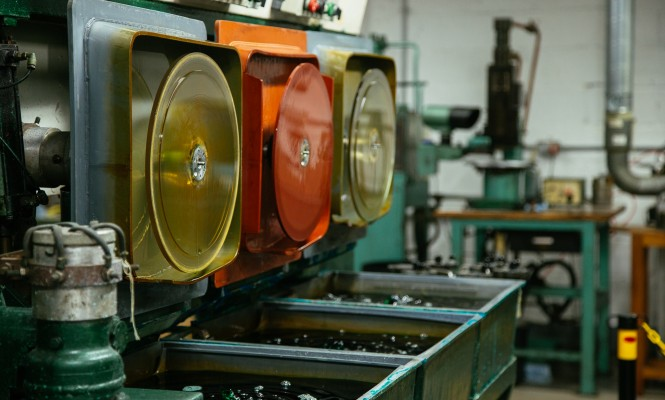 Symcon, a Dutch company specialising in CD manufacturing, has announced that it is developing the technology to press records via injection moulding. It hopes the new process will cut production costs, improve sound quality and reduce the environment impact of conventional record pressing.

The project, named Green Vinyl Records, has received a grant from the European fund for innovation.

“With this method, the plastic is injected straight into the grooves, which copies the grooves on the stamper better than the conventional method, in which the vinyl is being pushed onto the grooves at an angle,” Symcon’s Harm Theunisse explained to Discogs.

Usually steam is used to heat up the PVC puck to 180 degrees before it is pressed between two stampers. The force used in this process causes wear on the stampers, which can be used for 1500 to 2000 records each on average. The injection moulded method avoids steam, supposedly saving up to 65% energy, and applies no pressure to the stampers, enabling them to be used for longer periods of time without affecting quality. 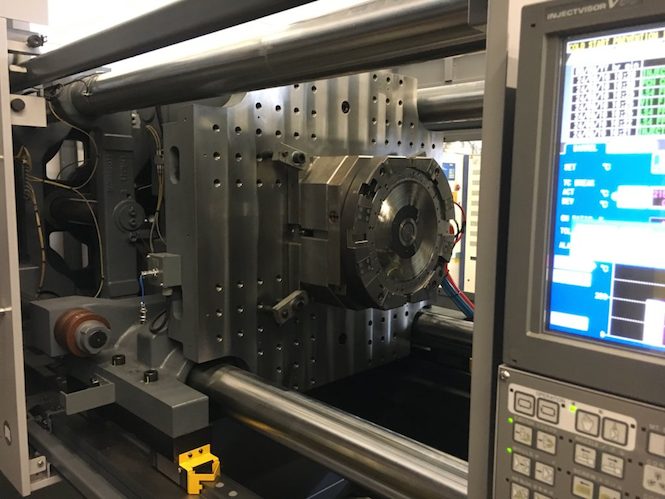 Symcon believes that injection moulded records could be turned around as quickly as two weeks, compared to the current timeline of twelve to sixteen weeks from cutting floor to shop.

Although the process has come some way, there are still a number of challenges ahead, which you can read about in full here.

Explore how a vinyl records are currently made with this step-by-step infographic.

An introduction to A Certain Ratio in 10 records