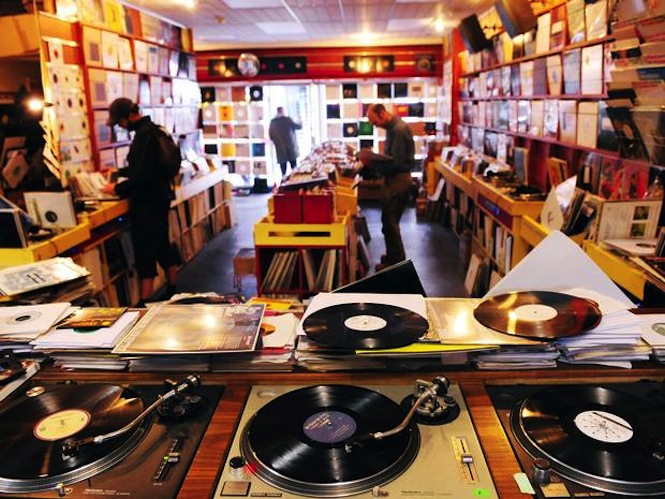 Good news from the front lines of the vinyl revival.

On the eve of their annual celebration of vinyl, Record Store Day reports that independent record shops are opening in the UK at the highest rate in five years: 40 new shops have opened (including one on a boat) in the past half-decade, with more than half of the openings happening in the last year alone, not to mention the “world’s smallest record shop” which will open for one day only on 18th April.

In addition, Q1 vinyl sales are up 74% over last year, continuing the increase in sales that kicked off in 2008. Last year, UK vinyl sales hit one million for the first time since 1996. [via FACT]

Anyway, it’s all good news and a healthy distraction from the debate that has surrounded this year’s event, with indie labels and vinyl manufacturers forcing organisers to respond to charges of harming aspects of the industry. And that’s before you’ve even started with the scalpers, one of whom has already listed a good chunk of the exclusive releases on eBay, ten days before the event.