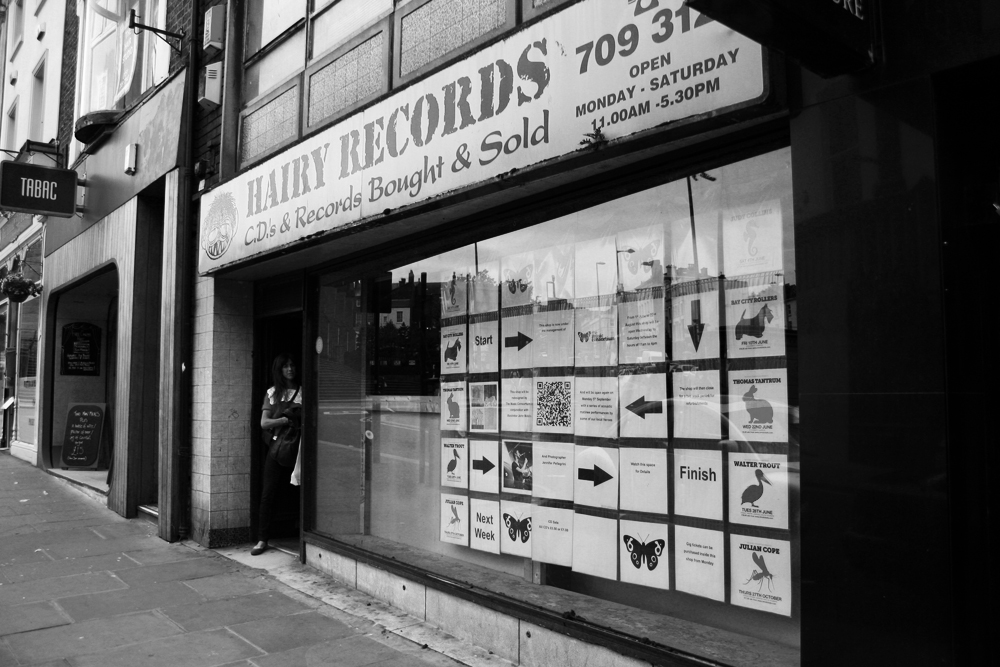 Liverpool’s historic record shop Hairy Records has closed its doors a year after it was reopened as The Vinyl Emporium. The store’s owner Spike Beecham cited “circumstances concerning the property were beyond our control” as reasons for the closure.

Formerly known as Hairy Records, the shop on Bold Street in central Liverpool was one of the last places in the city to sell second-hand records and had previously been featured on the BBC as one of the oldest independent record store in the UK.

A meeting point for local and international bands alike, the “quintessentially dusty record shop” (New York Times) had a string of high profile admirers including Noel Gallagher, The Coral, Four Tet and even film director Quentin Tarantino, who the Liverpool Echo report had a revelatory experience in the shop: “I found this great little record shop in Liverpool, Hairy Records. There’s one record I’ve been hunting for worldwide for years, and they had it. I was on fire.”

Following the death of its previous owner, Hairy Records was reopened in 2012 by Spike Beecham of music and entertainment company The Music Consortium as “The Vinyl Emporium”. In a statement on The Music Consortium’s website, they explained the reasons behind the most recent closure:

“As many of you are aware, Hairy Records was a haven for vinyl junkies in Liverpool and all around the world. We at The Vinyl Emporium were happy to keep that tradition going and loved every minute that we did just that. However the truth is, even though we were doing alright financially, circumstances concerning the property were beyond our control. This meant that we had to make the difficult decision of quitting whilst we were ahead.

The closing of any independent store is a sad day and a reminder of just how important it is to keep supporting them. When you believe the records on your shelves have their own unique tale to tell – not just about the music contained on it but the story of how it got there in the first place – then hopefully you will understand what an honour it has been to take on the legacy of one of the oldest record stores in the country. We haven’t made a final decision on what we will do over the coming months, but when we do we will let you know. Thank you.”

Here’s a tour of the old Hairy Records before it was refurbished by The Music Consortium in 2011.