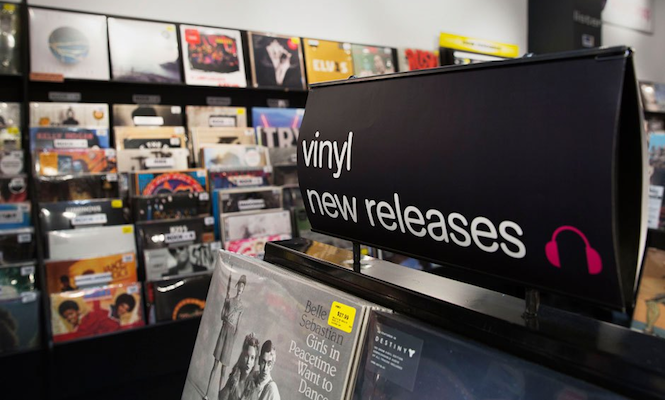 “HMV is indisputably the biggest vinyl retailer in the UK”.

The heavyweight high street slugfest between supermarket chain Sainsbury’s and HMV has entered its second round.

Following Sainsbury’s provocative claim earlier this week, that with an 8% market share, it was “the biggest vinyl retailer on the high street”, HMV have responded with a polite put down of its own to reclaim the crown.

In a statement published by Music Week, HMV said: “Without wanting the numbers to go round and round, we would like to suggest that with a market share of over four times that of Sainsbury’s, HMV is indisputably the biggest vinyl retailer in the UK – carrying a range of up to 1,500 records in each of our 128 stores.

“We make no claims regarding meat and veg, but come and see for yourself the best range of vinyl offers in the UK in our annual vinyl week from 13-19 June.” [via Music Week]

Anyway, as we all know, size isn’t everything, so why not check out one of these 8 fantastic secret record shops instead?