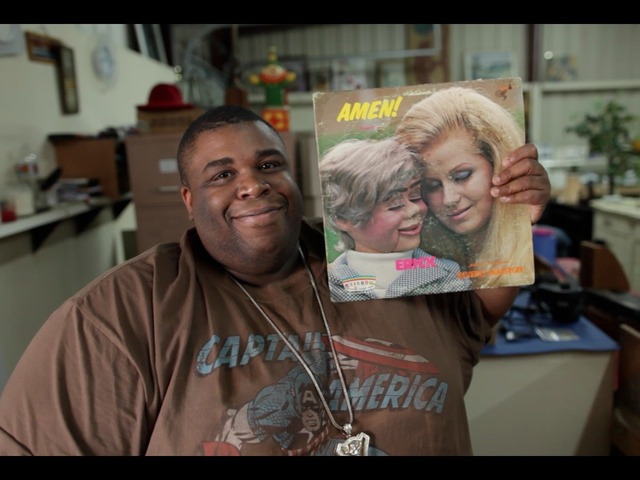 Joseph Fletcher and Bedlam Productions embark on a Kickstarter crowdfunding campaign to create a documentary that tells the stories of musicians who recorded obscure and often discarded records gleaned from flea markets and record stores in America’s “forgotten South”.

Taking to the road to balm his aching heart, Joseph Fletcher began collecting dusty and obscure records with what some might call contenders for the world’s worst album covers. Compelled to find out the stories behind these fading faces, Fletcher then started to track down the artists themselves, before quickly realising that their life-affirming stories could be much more powerful than their music.

Across what looks like a charming film that really gets to the heart of what we think vinyl records are all about, Fletcher discovers a masked Elvis impersonator whose journey through life sadly mirrored the man he played; a cross-dressing singer and pet lover turned murderer and a disturbing level of Christian ventriloquism.

Similar in some ways to Sinecure’s new book Enjoy The Experience which has compiled a fantastic archive of obscure homemade records from across the States, American B-Side – The Soundtrack to the Forgotten South is well worth a look and with a bunch of rewards for pledging, you can find out more and even donate by clicking here.

Watch the trailer below: