Grandmaster Flash on the “scientific approach” he used to pioneer turntablism 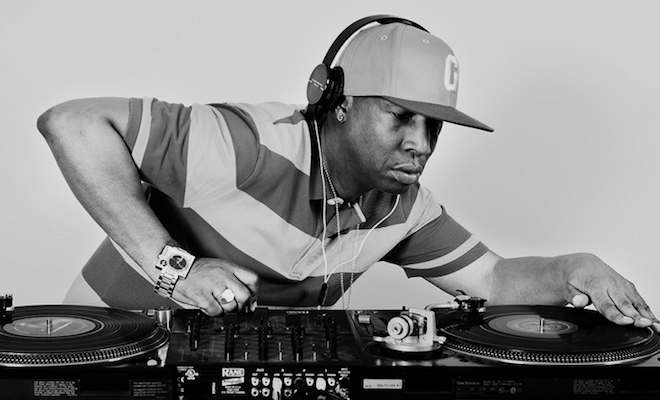 Did you know Grandmaster Flash also invented the slipmat?

Popular culture has a tendency to romanticise major innovations into eureka moments and anoint their inventors as visionaries who, whether by mistake or inspiration usher in new trends, genres or ways of making music. The reality of course, is a little less glamourous.

And no musical “invention” is as much mythologised as the birth of hip hop, an accolade variously laid at the doors of Kool Herc, Grand Wizard Theodore and Grandmaster Flash. 13th August 1973 is supposed to mark that birth, as the day on which Herc DJ’ed at his first block party (when he was actually just marking the birthday of his sister).

With Baz Luhrmann’s new series The Get Down similarly seeking to tell the elusive story of hip hop’s childhood and adolescence, one of Luhrmann’s primary sources Grandmaster Flash gave a candid interview to The Washington Post in which he reveals the endless trials, scientific tests and hair-brained research that actually went into early turntablism.

Describing himself as a geek, Flash describes how he did “extensive studies on the stylus” in order to “figure out the proper needle that would stay inside the groove when it’s under the pressure of the vinyl being moved counterclockwise.”

The next problem was the material of the slipmat, which at that time was made of rubber, and not yet christened as such. “When I was trying to move the vinyl counterclockwise, it caused too much drag and too much friction, so I had to remove it,” he explains. The steel platter underneath was no good either, for obvious reasons.

“My mother was a seamstress so I knew different types of materials,” he continues. Having settled on felt, Flash encountered another issue. “The problem with felt is that it draped, it was limp,” he recalls. “So I ran home and got a copy of my album and I bought just enough felt to cut out two round circles the same size as a 33’ LP and — when my mother wasn’t looking — I turned the iron all the way up high and I used my mother’s spray starch. I sprayed it until this limp piece of felt became — I called it a wafer, like what you get in church at Easter. Today it’s called a slipmat.”

Finally, he needed a proper turntable. Having trialled everything from Fisher Price to Magnavox, Flash stumbled across a Technics SL-23 in a Bronx store. “They were $75 a piece,” he says. “I had a messenger boy job after school so I had to save up my money to get two of these turntables. This particular turntable is considered the great-grandfather to what is known as the 1200. Every DJ that seen me with these turntables started buying Technics turntables.”

“I came from a scientific approach,” he explains. “Once I came up with the queuing, the proper needle, the “wafer,” duplicate copies of records, the mixer, which I had to rebuild, I was able to take a 10 second drumbeat and make it seamlessly 10 minutes.” The rest is history.