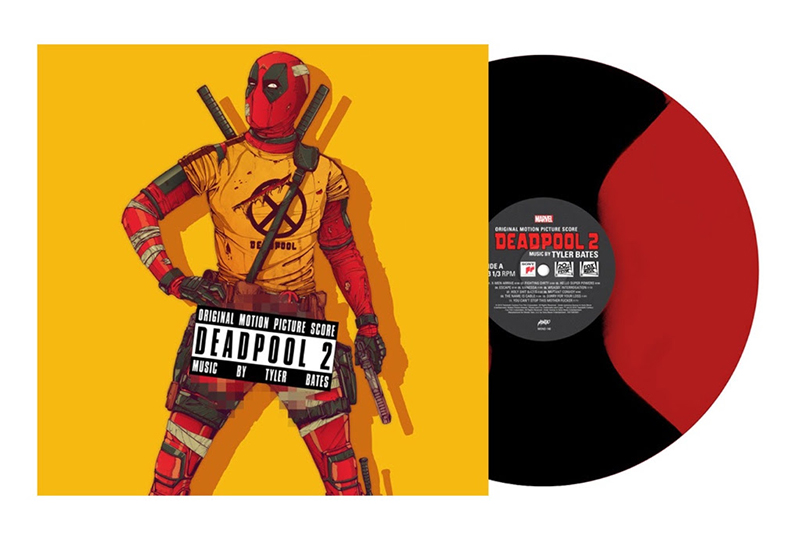 On red and black striped LP.

The original soundtrack for Marvel superhero film Deadpool 2 is being released on vinyl for the first time, this August via Mondo.

Its original score was created by composer Tyler Bates, best known for his work on John Wick, and Atomic Blonde, both of which were also directed by David Leitch.

Head here for more info ahead of the 22nd August release, and listen to the soundtrack below.