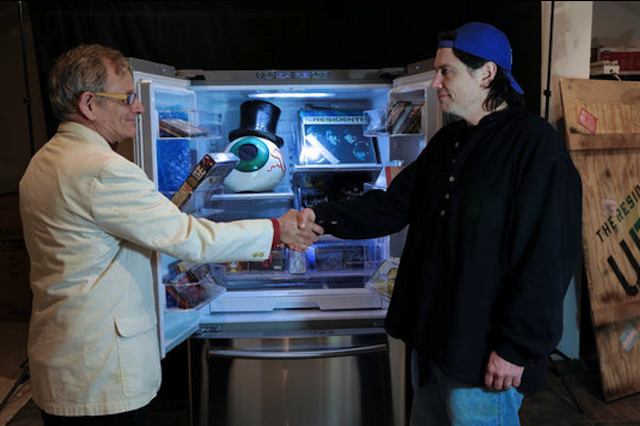 The fantastically and frankly unbelievably named Dexter Ulysses “Tripmonster” McGillicutty shells out a small fortune for a fridge of first editions.

Never mind you $37,000 blues rarities, this has got to take the biscuit for the most extravagant vinyl investment of the year. Revealed last December, The Residents’ Ultimate Box Set raised more than a few eyebrows with its 100k retail tag. However, the first of ten bespoke fridges which house first pressings of every single Residents release looks to have found a home, as Consequence of Sound report.

Taking pride of place in the kitchen of Bloomington, Indiana ‘resident’ Tripmonster, the fridge was delivered in person by the collective’s management and filmed for a forthcoming movie about the band. [via CoS]