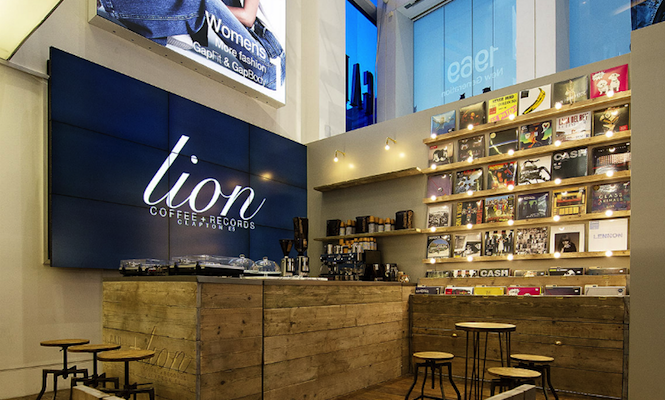 This season’s shade of blue is black.

A pop-up record and coffee shop has opened in the Oxford Street branch of bland fashion retailer Gap.

Operated by Clapton’s Lion Coffee + Records, the space will sell a small selection of new releases and classic reissues on vinyl until Record Store Day on 16th April, although it’s not really clear how buying records at Gap will help the independent retailers Record Store Day was set up for.

Following the example of Urban Outfitters, the high-street fashion brand that famously declared itself as the biggest single vinyl retailer out there (a claim that was since rebuked), Gap will compliment their new record shop space with DJs and live performances there days a week. Better clear your diaries; or alternatively visit one of London’s best secret record shops. [via Time Out]

Lifetime collection of 100,000 vinyl records up for grabs