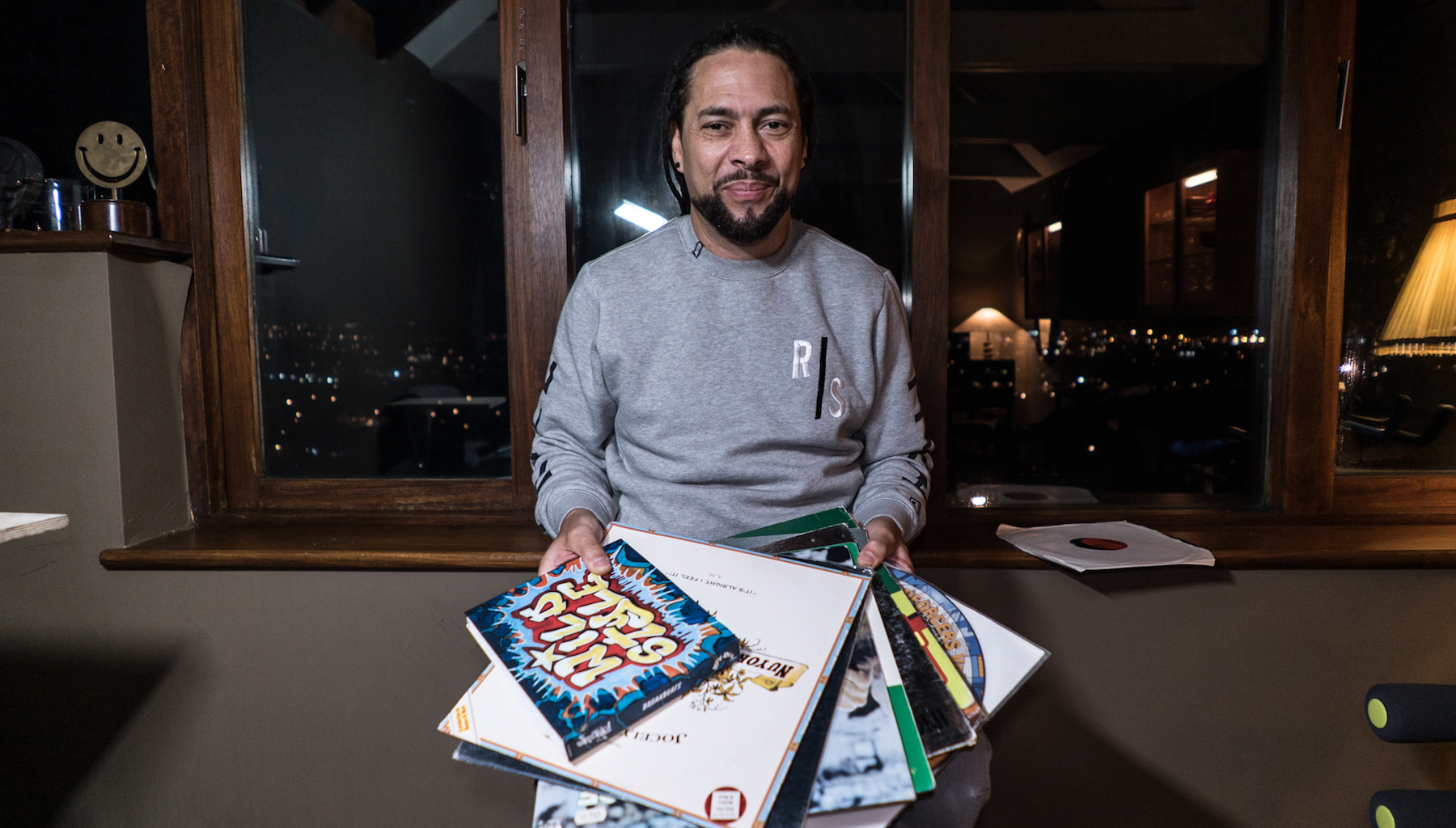 Roni Size is one of the few figures in UK music who really need no introduction. But for those who need a reminder…

Distilling his roots in the Jamaican community in Bristol with the acid house, rave and jungle sounds of the ’90s, Roni Size became of the foremost figures in the emerging drum’n’bass scene. Reaching a wider audience than ever before, his collective Reprazent won the Mercury Prize for their 1997 debut New Forms on Talkin’ Loud.

With such an array of influences, it figures that his record collection would be similarly diverse. From the casebound Wild Style 7″s given to him by Kenny Dope himself, to classic funk and disco from the Incredible Bongo Band and Chic, Size gave us a glimpse of his record bag ahead of a forthcoming UK tour.

Check the video above and see the dates below: