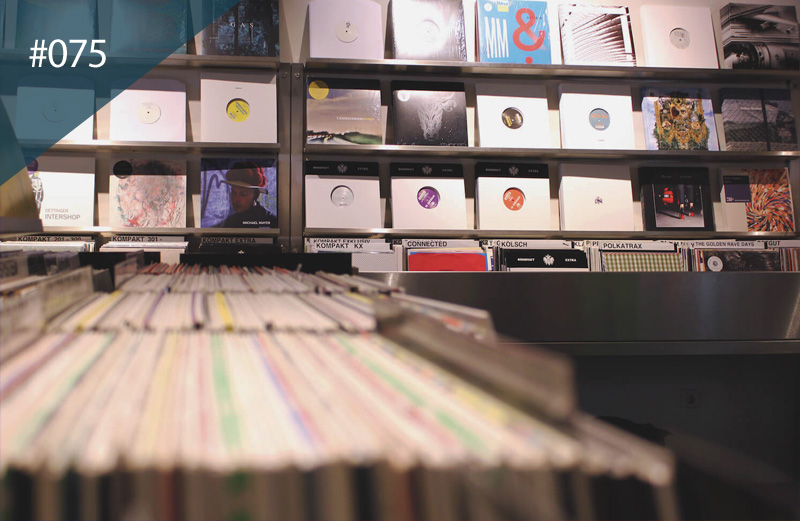 Having dropped in on Groove Attack, our second stop in Cologne is at Kompakt, the shop, label and distribution service on the cusp of its 25th year in the business.

Five years later Kompakt was born, with label and affiliate artists in tow for what is Germany’s longest running techno enterprise. However, unlike the more austere Berlin sound, Voigt has likened Kompakt’s style to “beer techno” – a looser, more loquacious attitude reflected in the breadth of the label’s releases. Meanwhile comp series Pop Ambient speaks to Voigt’s own more minimal production urges.

But we digress. With over 500 releases under its belt by the time it turned 20 in 2013, Kompakt continues to hold heavyweight status in European electronic music, it’s shop a meticulously organised, well-lit mecca for die-hard fans and curious newcomers alike.