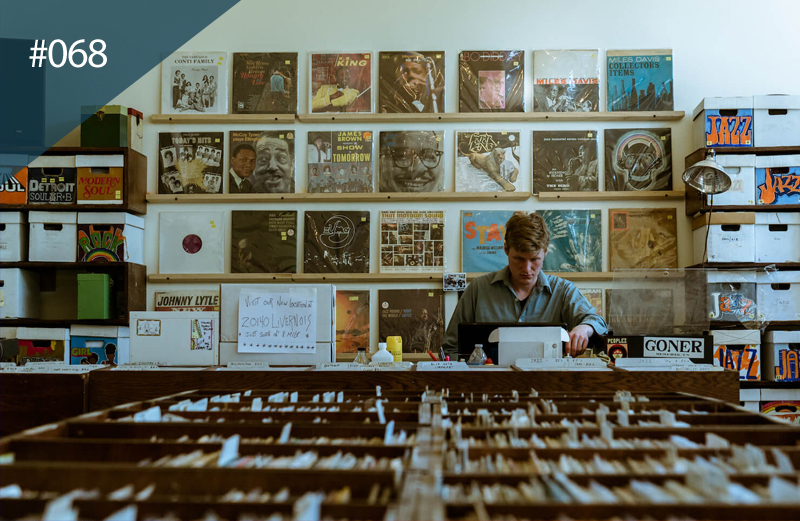 No record shopping guide would be complete without at least one stop in Detroit, home of Motown, techno and all sorts in between. For almost 15 years now, that scene has been serviced by Peoples Records which, true to its name has become a pillar in the city’s record buying community.

What’s the story? Brad Hales opened Peoples Records in the basement of Forest Arms Apartments in the Cass Corridor, Detroit in 2003, a safe haven for the city’s record heads. Himself comfortable in record shops since a young age, Brad’s collection of 45s sourced from across Detroit eventually became the foundation of his business.

When disaster struck in 2008 as a fire gutted the upstairs apartment and flooded his basement shop, Hales wasted no time starting afresh and has since expanded to two locations across the city, in Green Acres and Eastern Market, where it doubles as the ephemera-filled Michigan Audio Heritage Society Museum.

It’s no surprise then that Peoples is rooted in Detroit funk and soul, and has become a destination for diggers from around the world looking for a piece of original Motown, from blues originators and local acts to Smokey Robinson and all the way through to Theo Parrish.

Find out more about Peoples Records when it becomes the subject of RBMA Radio‘s next Counter Intelligence show, which airs on Friday, May 26 at 11am ET. You can catch the series every Friday at the same time, 11am ET here.

Photos by Max Schiano for RBMA. Find him on Instagram here.