A zen journey through the world of Wes Anderson’s soundtracks

With a limited edition Vinyl Factory Isle of Dogs 12″ available at the The Store X exhibition in London featuring sets and characters from the film, we explore the sonics of Wes Anderson movies.

In Japan, sound is a protagonist in every story. This extends well beyond film – animations, brands, ideas, even inanimate commercial products like printers and whiskey have their own theme tunes, plural. These sounds are described as an “image album”, an audio impression equally as important as visual and tangible physical elements. What results is a multi-sensory experience.

So too are Wes Anderson’s cinematic worlds a multi-sensory experience, where everything within oscillates to its own kind of music. 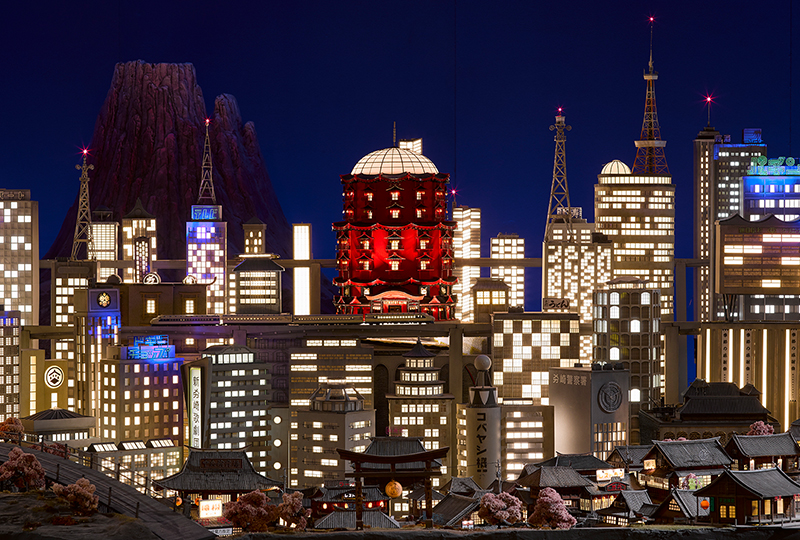 Anderson’s latest film Isle of Dogs is technically his first set in Japan, specifically the fictitious Megasaki City in the country’s South Western Kobayashi district, and an island of rubbish, appropriately called Trash Island, located offshore nearby. But Anderson, a self-professed fan of legendary director Akira Kurosawa, has arguably been crafting his movies with a Japanese-influenced aesthetic from the beginning of his career.

Rather than a mere accessory, sound is an essential character, a feeling unto itself. Sometimes Anderson is overt in this sense, à la The Life Aquatic where crooning Brazilian guitarist Seu Jorge is physically present aboard the submarine during its escapades, warbling over the action.

Sometimes this presence is more subtle, as motion of action on screen, the speed of camera shots flickering from frame to frame, even blinking eyes align with sound effects or songs in perfectly considered harmony. Margot Tenenbaum is quickly drawn cigarette puffs, plunging bath tub aquatics and Velvet Underground with Nico. Mr. Fox a chirpy ‘twit-twoo and a double click’ shrouded by dippy twanging banjos. Sam Shakusky and Suzy Bishop are Edith Piaf on a tinny portable turntable amidst lapping waves and thunder storms. 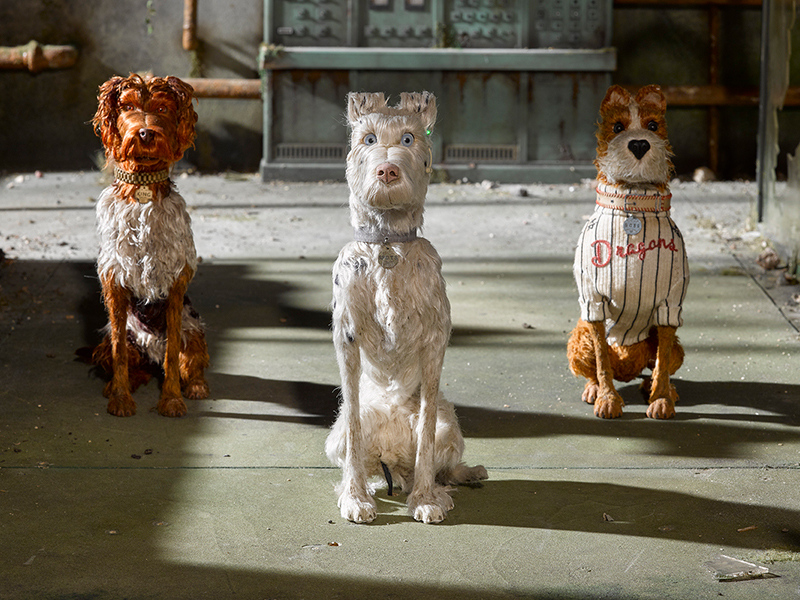 Anderson’s films are often compared to the work of iconic Japanese animation house Studio Ghibli, whose founder Hayao Miyazaki has collaborated with composer Joe Hisaishi for nearly forty years. Here too there are similarities: both in front of the camera and behind-the-scenes, Anderson consistently enlists a familiar team. This is one of the obvious reasons why Anderson’s films have a distinctive and recognisable aesthetic. Since 2008, Anderson has collaborated with French composer Alexander Desplat on Fantastic Mr. Fox, Moonrise Kingdom, and The Grand Budapest Hotel (Desplat won an Academy Award and a Grammy for its original score).

In Isle of Dogs the duo have united once more, producing a score that fuses Japanese instruments with jazz influences and classical flourishes, alongside a handful of cinematic hat tips. Fifteen of its 22 tracks are original compositions by Desplat. Of the remaining seven, only one is an English language song; because it wouldn’t be a Wes Anderson film without a characteristic strumming sixties ballad, The West Coast Pop Art Experimental Band’s ‘I Won’t Hurt You’ satisfies this criteria.

Taking in the film’s music in a standalone, qualitative way, it is clear Desplat has shaped a score that can indeed exist and be appreciated on its own. But in the context of Isle of Dogs, these sonics are more than audio accompaniments. They are inextricable sound waves that ripple through every element of Wes Anderson’s world.