If you’ve ever tuned in to Wimbledon, Crimewatch, Mastermind, Grandstand or countless other historic mainstays of British television, or watched one of the many low-budget genre flicks from the 1960s-80s that have since risen to cult status – think Night of the Living Dead and its ilk – then you’ll have heard plenty of library music.

Of course, there are also many ways that library music is not like pop music. In particular, it doesn’t hinge on the bombast and performer personas that have come to define pop music. Instead, many of the most talented writers and performers behind whole swathes of library recordings remain largely uncelebrated. This is at least in part down to the function and origins of the music. 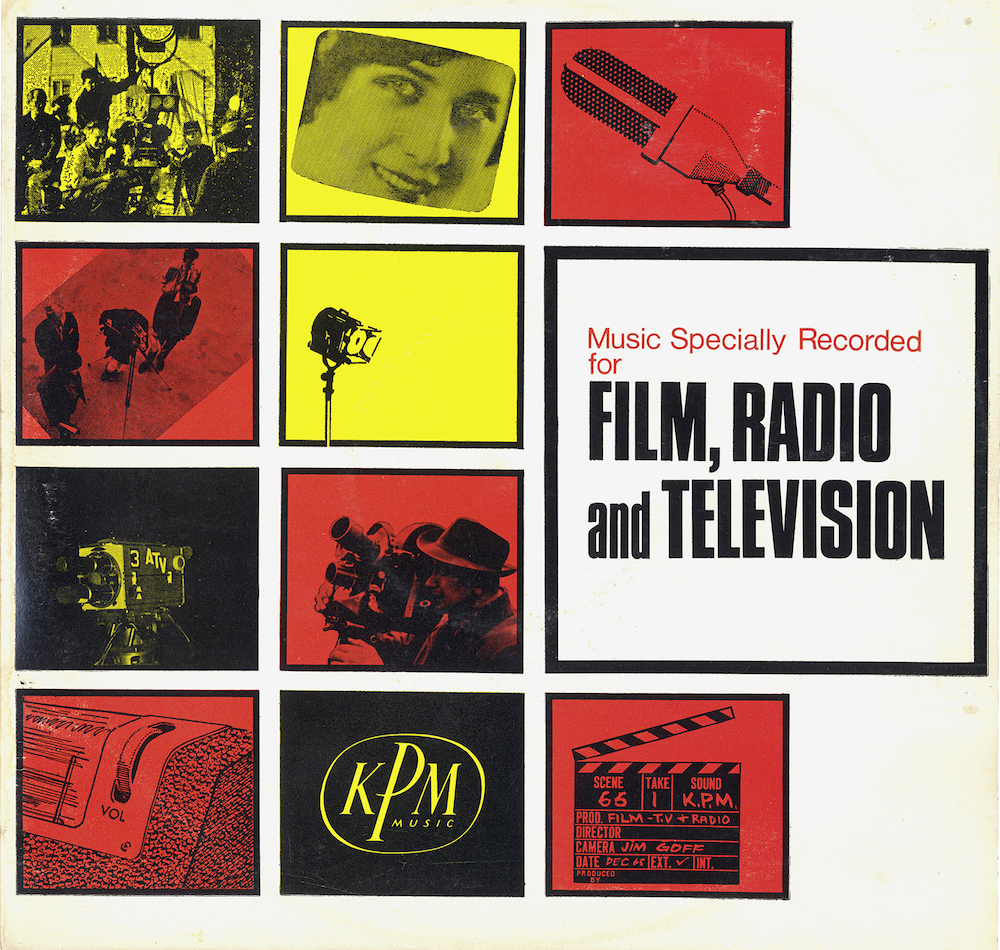 Library records were first composed for use in film, television, and radio productions as stock music, cues, and effects that could be licensed – most often as a way to save on the cost of an expensive original score. They would be written to briefs that sometimes just requested a mood, emotion, or vague activity to be expressed in the music.

As with any sprawling bracket of music, library music has its own fair share of strange nooks and niches too. For some collectors, it’s these more experimental, obscure moments of the music that hold most of the appeal.

One such enthusiast is David Hollander, an artist and collector from San Antonio, Texas with a decades-long passion for the form. “The breadth of the music – the need for libraries to include every possible kind of music – is what initially attracted me to it,” he explains. “But it’s the anomalies I find really interesting. After the invention and distribution of low-cost analogue synthesisers, there was an increase of solo electronic library LPs, many of which seem impossible to synchronise given their fiercely experimental qualities.”

Hollander’s growing expertise in, and enthusiasm for, the subject would eventually land him a job as a music supervisor for film and television – most notably picking out tracks for the 2009 blaxploitation film Black Dynamite. His new book, Unusual Sounds, provides an exhaustive history of library music told through interviews with the composers, producers and players responsible for making the records. Its publication comes on the heels of a quiet resurgence in the popularity of library records. That major label houses like Warner and EMI continue to release new, collectible library compilations would seem to support this notion. Pinning down the exact appeal, however, isn’t straightforward. 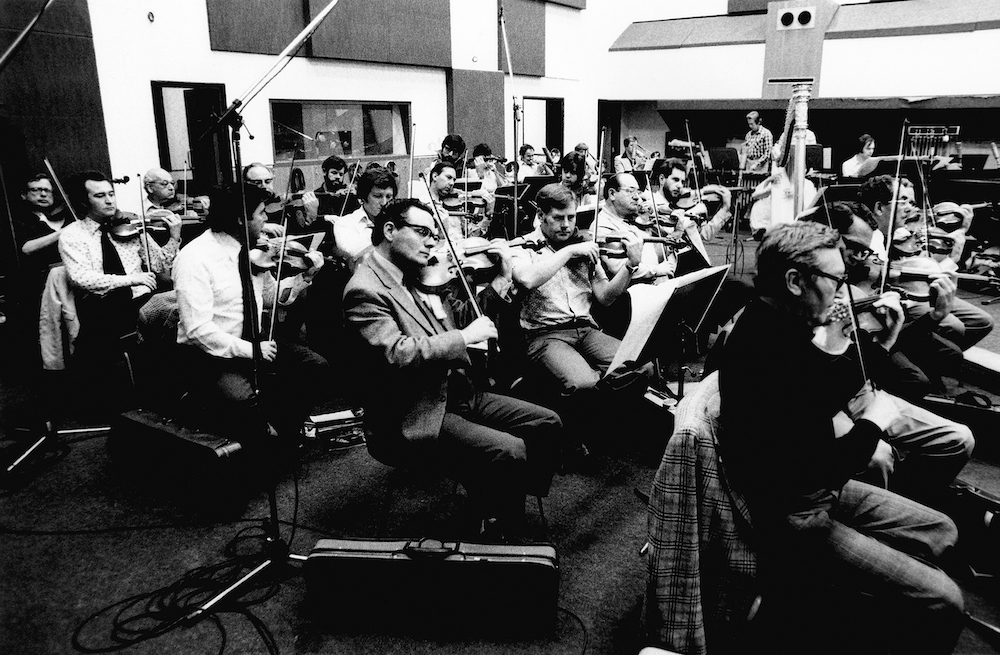 Roberto Borzoni, creative director at Warner/Chappell’s production arm, talks about library music’s “potential to be experimental,” and argues that his team benefits from a lack of commercial pressure and, as a result, can “afford to be leftfield and brave when releasing our music.”

In this way, library music embodies something of a paradox: it is functional music, churned out to satisfy faceless briefs, yet still regarded as some of the most authentically creative and expressive sounds committed to record.

Much of that appeal lies in the music itself. Written, performed, recorded, and produced by some of the most talented – though largely unknown – musicians, composers, and engineers of the 20th century, the records stand up to scrutiny. Sections of Hollander’s book see celebrated composers like Alan Hawkshaw and Keith Mansfield recounting intensive writing and recording sessions that would produce multiple LPs in as little as a week.

Indeed, the quiet cultural influence that library music has exercised extends its appeal to a broader sphere of collectors. Borzoni says that in recent years, his label’s output has gathered a following among a number of hip-hop and pop producers. The sound of Alan Hawkshaw’s ‘The Champ’ (though not technically recorded for a library, Hollander notes) would be recognised by anyone with even a passing interest in hip-hop. Hollander argues that the fact that library music “provided the background to many of the greatest genre films of the 1960s through to the 1980s is reason enough to collect it.” Somewhat fittingly, the foreword to Unusual Sounds is written by the late George A. Romero, whose films made extensive use of library music to great effect.

Beyond the films and TV programmes this music was created for, library records also hold a visual appeal as objects to collectors too. “I think the artwork – including the sometimes lyrical quality of several of the covers, like Montparnasse 2000, is part of the allure of these records,” says Hollander, “especially when whole libraries with stock covers sit on the shelf, with matching spines. It is quite a sight.” Much of Unusual Sounds is dedicated to examples of the label art, as well as posters and advertisements for the movies and TV shows that feature the music.

However, unlike many of the most sought-after records from other more traditional musical brackets, Hollander doesn’t believe that the rarity of the library LPs holds as much appeal. Not because they aren’t rare, though. “In my research, I discovered that most of the libraries got rid of (as in threw out) their LPs a long time ago,” he explains. “Hence not many people realise just how rare the LPs actually are.”

That the music be viewed by libraries as disposable in this way is arguably down to the sense that it was worth only what it could be licensed for – rather than, necessarily, its musical and cultural value. For Hollander, this attitude is worrying. “I have found it has been difficult to convince the large corporations who own the music to protect their assets by digitising them,” he says, pointing out that simply discarding of library LPs when they’re no longer of commercial value would effectively result in their extinction. 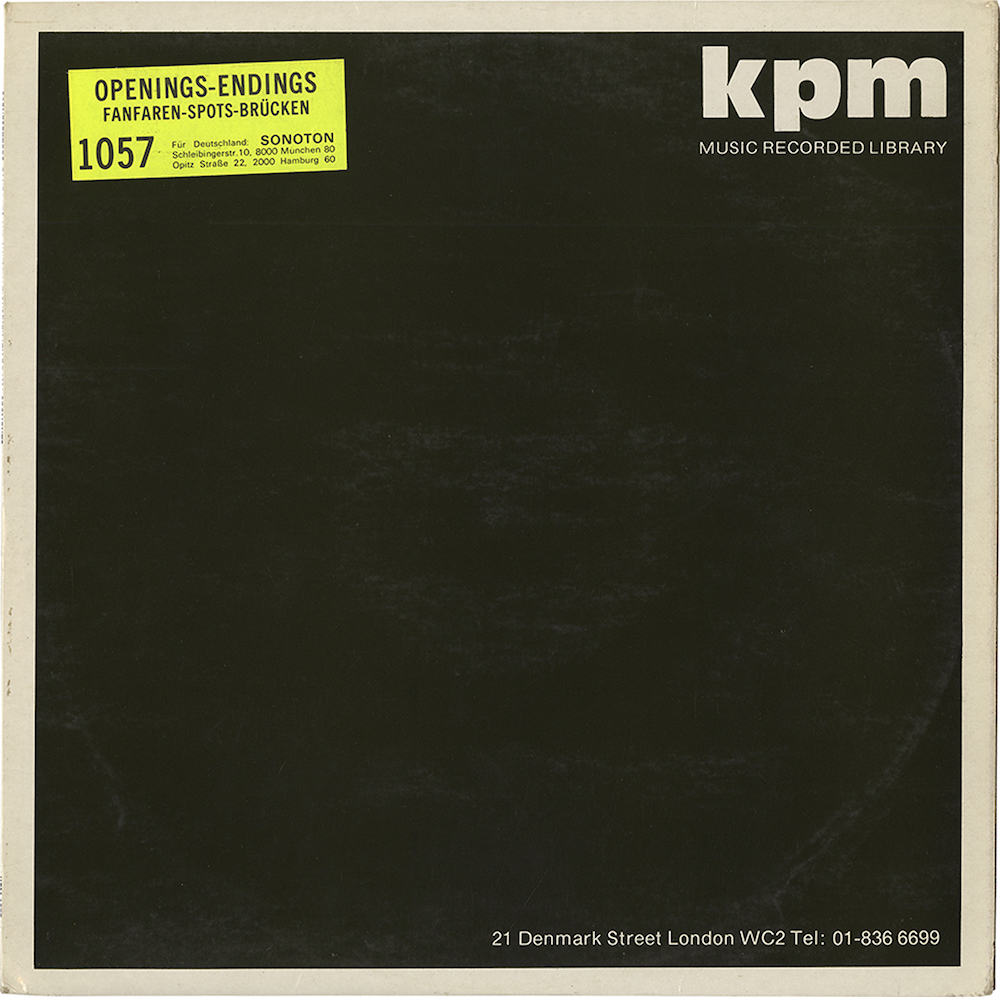 While Hollander continues to lobby libraries to digitise and archive their historic and inherited collections (or in some cases, take matters into his own hands and archive them himself), the tide does appear to be shifting in library music’s favour. EMI is, according to Hollander, in the process of digitising its vast collection and reintroducing it for modern-day filmmakers to use. “There is no question that ProTools and the proliferation of home studio recording has changed the face of library music,” he explains, “but the music in these LPs can no longer be created in the same way, hence the fact that the contemporary use of vintage library music will continue to increase.”

Borzoni is optimistic about the future too, and points to Warner/Chappell’s efforts to continue releasing more of its archives for sync purposes. He also argues that while the vast swathes of royalty-free music coming from bedroom producers and hobbyists may serve a purpose (and a price point), it ultimately “is limited by its implied definition: being free, and therefore of no real value.” Of course, Borzoni has a vested interest in this kind of commentary, but it’s difficult to deny his argument that, in investing in the production and proper management of library music, libraries have an important financial role to play in supporting talented musicians (and, by extension, filmmakers). Indeed, soundtrack luminaries like Ennio Morricone and electronic music pioneers like Delia Derbyshire began their careers producing music for libraries.

For Hollander, time remains of the essence: “I would like to see the rest of the majors (Universal, I am looking at you) who are sitting on libraries, and just waiting for queries to be more proactive,” he says, “before it is too late.”

Unusual Sounds: The Hidden History of Library Music is published by Anthology Editions and is out now.