Best known as one London’s most radical and expressive music venues, the recently shuttered Total Refreshment Centre is also home to a self-built recording studio in which much of the capital’s resurgent jazz and experimental music has been forged. Ahead of TRC’s Dreaming The City event at Barbican this Saturday, the venue’s “official biographer” Emma Warren shares an abridged extract from her new book Make Some Space, tapping into the DIY ethos that makes this remarkable building so important.

People who know about Total Refreshment Centre tend to think of it as a music venue, but the in-house studio had an important, if less visible role in turning the place into a multi-layered, music-making machine. It was here that a whole other strand of music was spun into shape. There was new London jazz – tonnes of it – but there was other music too.

Kristian Craig Robinson, aka Capitol K, is a character we need to meet. He’s a fine-featured musician and producer with boundless patience built out of decades spent in London’s independent music and squat culture, tempered with a fantastically withering stare. He runs the in-house studio upstairs at TRC.

Back in late 2012 a message popped up on his Facebook page. It was from TRC mainman Alexis Blondel and it contained Gumtree photos of a derelict factory along with a question: did he wanted to run a studio in Hackney? He started visiting, describing a ‘fucking bombsite of mad parties for the first couple of months’. He clearly couldn’t put a recording studio in a bombsite, but he shared some thoughts on which parts of the building would be most suitable, and stayed in touch.

A key moment came with the arrival of a soundproof window. It was built for a studio that didn’t exist, to link an imagined control room to the live room, and wan exercise in creative DIY. Sound engineer William Autmans and John The Builder had been happily sucked into the TRC vortex right at the start and had been instrumental in the building and repairs that had happened up to this point. They found two free panes of glass in a skip in Hackney Downs – there was a lot of skip-digging at this point – and cycled them back to the studio on William’s mountain bike where they began an exercise in autodidact construction. They knocked through the concrete wall and filled the gaps, drawing on all the insulation physics William had learned at sound engineering school in Liège, Belgium.

Drummer Max ‘Betamax’ Hallett (The Comet Is Coming, Soccer96) has been involved with TRC since the early days and was rehearsing with another of his bands, Super Best Friends Club when the work to build the window began. “We were playing and these sledgehammers started coming through the wall, along with all this dust,” he recalls. Despite the unorthodox building methods, the window would act as a signal that things were starting to evolve. “I kept coming to visit,” says K. “They kept messaging me. They started building that window. At that point I was like: It’s been a year and they haven’t burned the place down yet. Maybe there’s a chance I could put a studio in here.”

His first stop was Hugo’s Speaker Palace. Hugo was an artist and black cab driver who had a ton of weird vintage equipment, threw ‘strange gigs and parties’ and attracted a clientele linked to Resonance FM. K found a 1978 Allen & Heath mixing desk and began the process of rewiring, coming in for a couple of days at a time and slowly putting equipment in place. He removed the stage and vocal booth, which were used by previous residents Mellow Mix to host reggae greats from The Mighty Diamonds to Black Slate, and used the wood to make acoustic absorbers for the new studio. 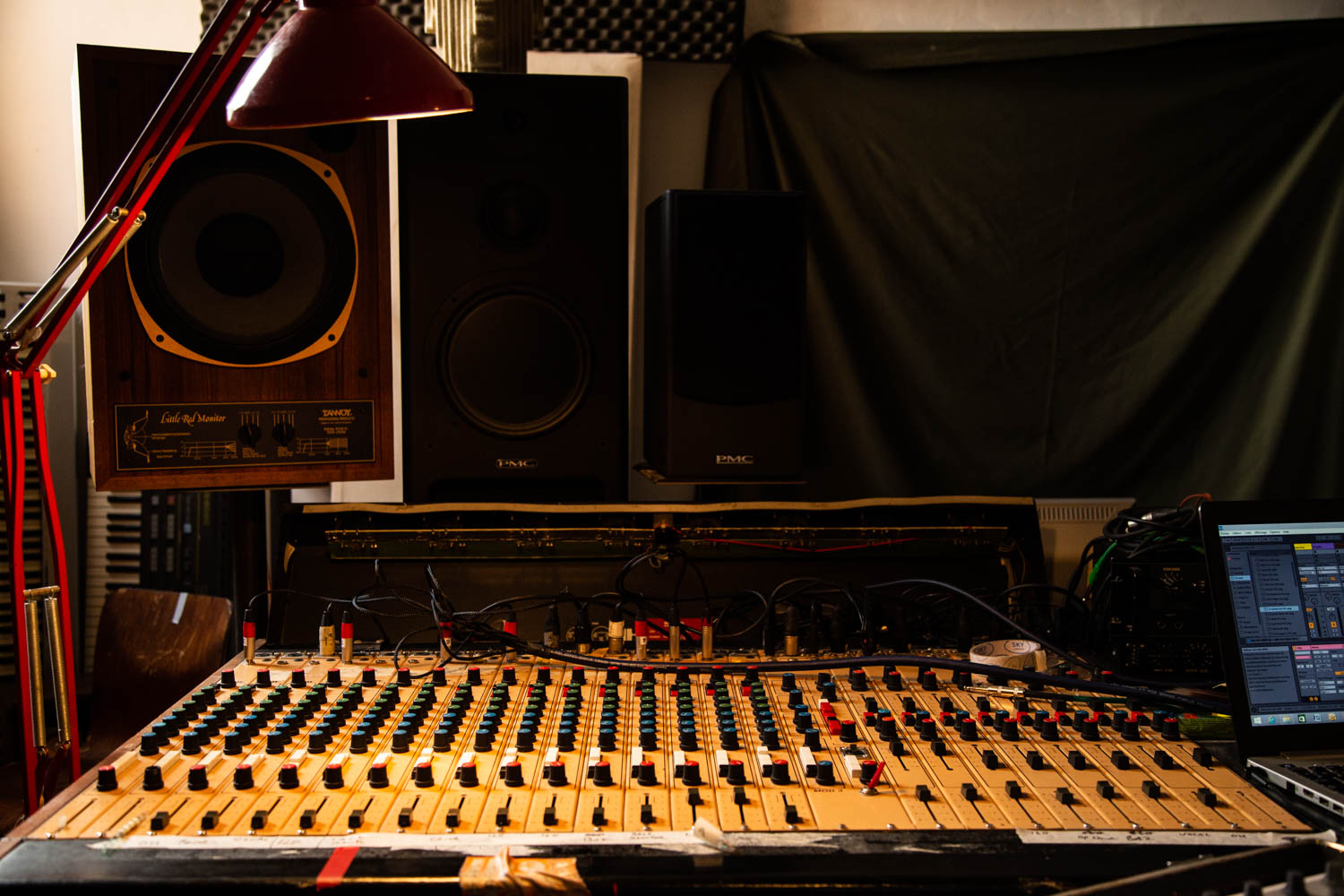 As a graduate of London’s squat schools – he once built a studio in the London Symphonia’s occupied rehearsal rooms – K was well placed to navigate the terrain. “I was used to dealing with the problems of spontaneous spaces,” he says, “and I have immeasurable tolerance for the complexity of characters. My role as literally the oldest person in the building was basically to be as patient as possible, and to harbour as much of it as possible.”

An abandoned pie factory in south London known as Cold Storage provided a kind of mythic influence. “I used to drink with The Flying Lizards’ producer, David Cunningham, in the pub on Brick Lane. I’d hear all these stories about the ’70s and the ’80s and recording in a room that was steel-lined because it was a meat factory. All the [1970s experimental rock band] This Heat records were recorded there. When I saw the room at TRC had concrete floors I was like, okay, this is really good. I hated the whole thing of recording studios being out in the woods. The fact that this place was concrete and was in Hackney and had steel girders meant it would sound like London, and that was really important.” Cold Storage had metal walls, which profoundly affected its sound. TRC was made of stone and steel: acoustic material that would shape the music and the recordings made in here as surely as the influences the musicians brought with them.

“TRC was one of the rare phenomenons which fulfilled all the stereotypes of a trendy east London warehouse, but was actually full of creative people who had something to offer,” adds Shabaka Hutchings. “It brought a space to play in, to meet people and hang out. Part of making music is the hanging out, being around musicians without necessarily rehearsing or playing – understanding where they’re coming from.”

The in-house studio, the live music events, and the individual artist studios upstairs at TRC made for an unusually integrated environment in which different elements could feed into each other. “It was a materialised feedback loop,” says Dan ‘Danalogue’ Leavers of The Comet Is Coming, “a collapsed wave of energy and inspiration”. Dan is a synth player and producer who has been in and out of the building almost daily for the last six years. He’s high energy, colourful in dress and thought: a kaleidoscopic kind of person. One of his bands, Soccer96, were one of the first to play at TRC, back in 2012. “The PA was very ropey,” he recalls. “It got to the point where I could only play one of my keyboards because when you played one, it ducked out the other one. I was looking at Max [Hallett], like, ‘What is this? It’s a joke.’ We just made up these new tracks playing one keyboard at a time and used the fact it wasn’t working properly to our advantage.” This response, of coming up against things that don’t work and making them a positive, is a defining characteristic of TRC community members. People here are nothing if not resourceful.

Emma Warren’s Make Some Space: Tuning Into Total Refreshment Centre (And All Places Like It) available to pre-order now ahead of its publication on 15th April.

Photos by Ceili McGeever for The Vinyl Factory