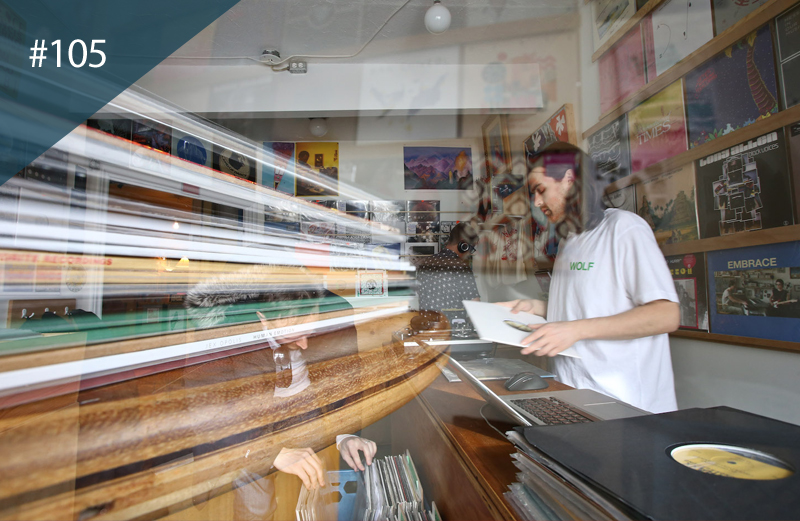 From the Drexciyan galaxy to the Japanese ambiverse.

Our second stop in Montreal following an early visit to Atom Heart, La Rama is the go-to for the city’s dance music community.

What’s the story? Montreal’s La Rama is a portal into dance music, no matter what groove gets you moving. From the sounds of the Drexciyan galaxy to the exotic ambient wonders of Japanese producer Joe Hisaishi, few genres are off limits.

What began as a solo project from Kris Guilty has now grown into a community of selectors, diggers and DJs that span the city and share influences. “The internet is a great place to get what you’re looking for, but it really takes a good shop to make the music grow outside of the already existing audience,” says Guilty.

While the records that fill its racks are worthy of a day well spent digging, La Rama’s strengths lie in its ability to bring people together, whether it’s promoters dropping off gig posters or customers simply popping in for a chat. “We try to discover new and exciting talents and mix it with the greatest unknown songs to last the test of time,” says Guilty. “There will always be a touch of nostalgia in vinyl but we try to focus on the power inherent in it.”