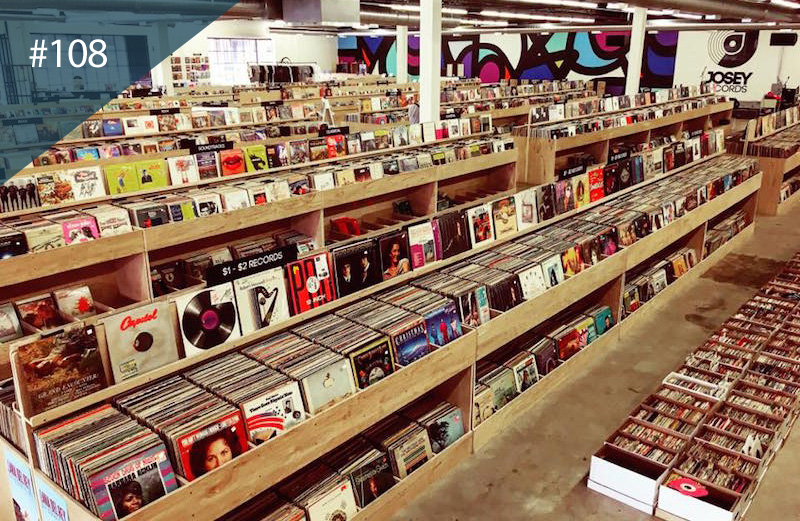 Our second visit to the Lone Star State following a stop at Austin’s Waterloo records is at the vast entertainment emporium that is Josey Records.

Go for: American soul, turntables and a near-infinite supply of records.

They say everything’s bigger in Texas, and the sprawling, 16,000 square foot Josey Records is a testament to that. As Dallas’s go-to for new and used vinyl, 45s, CDs, and turntables, Josey’s seemingly endless banks of music totals over a million stocked titles. Just about everything you could ever imagine will be represented somewhere in Josey Records.

First established as a record store in 2014, Josey is owned b Waric Cameron & Luke Sardello, and now encompasses two satellite stores in Kansas City and Tulsa. However, the story began in 1967 at Josey Record MFG, which remains as one of America’s few pressing plants.

Thankfully, the plant still operates to this day, pressing records that range from the original dirty wordsmith Blowfly to vintage US soul. It’s also been unofficially ‘endorsed’ by Andre 3000, so if that isn’t a seal of approval we don’t know what is.