Working with Darkside’s Dave Harrington on debut album People of the Dawn, Spencer Zahn brings acoustic double bass and synthesizers together to devastating effect. He tells us how an apprenticeship under Charlie Haden helped shape his approach to the bass as a lead instrument and open new doors for improvisation.

In late 1959, the Ornette Coleman Quartet followed up the release of their game-changing album The Shape of Jazz To Come by moving to New York, holding down a residency at the legendary Five Spot Café that would lay the foundations for the city’s love-affair with free jazz. As bassist Charlie Haden told Spencer Zahn, “We didn’t know we were going to change everything, but we knew we had something that no one else had and no one else had heard before.”

Zahn, himself a bassist and multi-instrumentalist, made his move to New York in 2006, where he found his feet in city’s improvised music scene and a mentor in Charlie Haden. Inspired both by the late bassist’s melodic approach to the instrument as much as his expansive musical mind, Zahn brought Haden’s teaching into the studio to record his new album People of the Dawn alongside Darkside producer and long-time collaborator Dave Harrington.

Together they honed their own form of improvisation, composing synth melodies, and layering Zahn’s meditative bass playing onto spacious compositions that nod to the astral free jazz of Coleman and his contemporaries, while retaining the ambient, drone and industrial edge that has shaped Harrington’s own work.

Touching on the influence of bassists like Haden, Charles Mingus and Ron Carter, Zahn discusses how he learned to find his voice as a bassist, and work with Harrington to synthesize jazz and electronic influences into what is an unassumingly powerful debut. 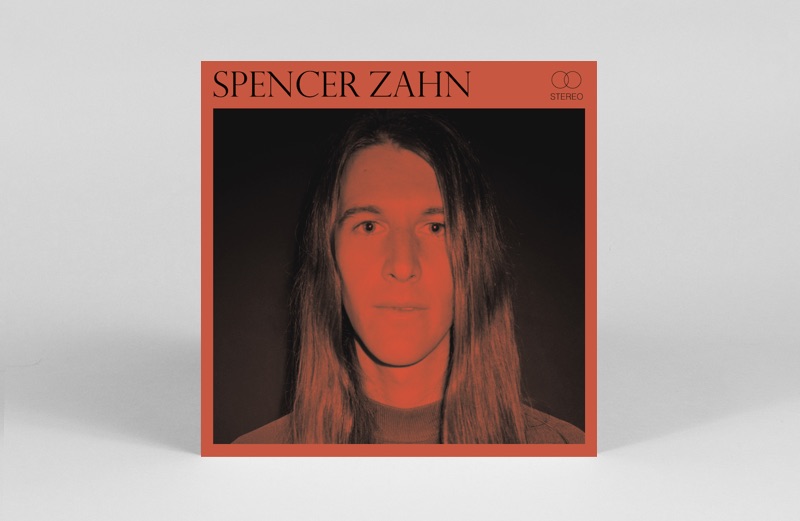 What was it about working with Charlie Haden that you found so inspiring?

There are so many things about working with Charlie Haden that were inspiring. He was one of the most melodic bass players, with a sound that no one else can create. Throughout his life he searched for truth and beauty in music with the people around him.

Charlie Haden made so many of my favourite records and contributed hugely to some of my favourite bands, that when I started working with him I would find ways to talk to him about music and how he developed such a strong voice as a bassist. We talked a lot about and how the universe and everything around us is connected to the music.

Charlie would tell stories about experiences he had with people that he trusted and cared so much about like Keith Jarrett, Paul Bley, Paul Motian, and Ornette Coleman, to name a few. There were these amazing moments he described that he could hear the melody and harmony of the universe after he started playing with Ornette in California. It seemed to me that everything had changed for him after moving to the West Coast and spending so much time with Ornette, Don Cherry, and Ed Blackwell. He had found the people that he could explore the deeper aspects of music with and together they changed what people thought of improvised music.

I always think about the stories he told me of the four of them hanging out in Los Angeles, driving in Don’s convertible with his bass hanging out the back, staying up all night in Ornette’s apartment playing music together. They were all truly inspired by each other and when they decided to bring the quartet to New York, the music world had yet to hear anything like them. That was hugely inspirational to me.

To be able to spend time with someone who shaped the way people listened to jazz. I asked Charlie if he knew when the quartet first started playing in New York, shortly before The Shape of Jazz to Come came out, that they were going to change the landscape of jazz, and he said something to the effect of, “We didn’t know we were going to change everything, but we knew we had something that no one else had and no one else had heard before.”

Charlie never thought he was done finding melodies. That’s another part of Charlie’s musicianship and personality that I find so inspiring. To be such a great musician and still feel that he has things to find and to learn. He talked about sitting outside of Scott LaFaro’s apartment on the floor of the hallway, listening to Scott play bass all day long. He said that if he could only play as well as Scott he would be content. He was an incredible listener as well as a player and I find that to be an important reminder when making music. It was moments and stories like these that I found inspiring about working with Charlie.

How did these conversations manifest themselves on your new album People of the Dawn?

I think the way that Charlie and Ornette improvised together was quite different than how improvisation happened on my album, but the attitude of improvisation is similar. Dave Harrington and I listen to each other and change the direction of our playing and production to leave space for what voice was taking the lead at any particular moment, much the same as a jazz group.

Before going into the studio I had written some melodies for bass and recorded a bunch of modular synthesizer pieces that I wanted to have as the foundation for improvisation in the studio. Dave Harrington and I listened through all of the synthesizer pieces and picked our favourites and then decided on the instrumentation to add to each one. The arrangements happened naturally and were mainly improvised live in the studio. I would go to the bass and play along with the pre-recorded synthesizer pieces while Dave would be in the control room improvising effects manipulations of the bass. Then I would move to the piano and we would repeat this process.

Although I played a lot of the instruments on the album, it never felt like overdubbing by myself in a solo environment. It was a band dynamic. I was constantly interacting with Dave as he responded to my playing, using effects to change my acoustic instruments. Improvisations that were written in the studio became melodic and harmonic ideas that I previously didn’t imagine being paired with my recorded synthesizer parts. Dave and I were able to create the feeling of a trio or quartet playing together in the studio through our language of improvisation. Although this is different to a typical improvised jazz group, it had the same feeling in a lot of ways.

People often mis-interpret ‘improvisation’ as ‘making it up on the spot’. It sounds like you approached it in a very unique way on this record.

Improvisation is about listening and being in the moment. It’s about being open to adapting to what the music is doing around you. ‘Making stuff up as you go’ more often than not will inhibit a conversational tone in improvisation and can make the group sound like they aren’t playing together. My favourite improvisation usually happens between musicians that know each other well and trust each other. My hope to create an album that has both elements of jazz and electronic music are possible working with Dave because I know he understands what kind of playing and improvising I wanted to do. Phil Weinrobe engineered the album with us and I also trust his intuition and his musicality, so I knew I was in good hands.

Was there a conceptual or technical learning curve involved in seeing the double bass as a lead instrument in its own right?

When I first started playing double bass it was harder to see how that instrument can be the lead in a band setting. Moving to New York I started playing with a lot of great musicians who know how to help carve out a space for bass to be heard. It’s so much about working with the right people that understand the frequency of their instrument and how it relates to the frequency of a bass. If there is a lot of low end information happening, a double bass won’t have the same power as when its able to take up that space on its own. Making this album I knew how I wanted the bass to sit in the mix with synthesizers and piano.

Not recording a drum set on this album was a conscious decision since I love the percussive elements of double bass and synthesizers, so we added some cymbals and electronic percussion to fill a different frequency range than that which the bass occupies. Dave Harrington is also a double bass player so he and I are on the same wave length when it comes to hearing the personality and character of a bass.

Jazz has a rich history of bassist band-leaders, notably Charles Mingus – who did you grow up with as touchstones for your sound?

In addition to Charlie Haden, bassists like Jaco Pastorius, Ron Carter, Eberhard Weber, Barre Phillips, Scott LaFaro, and Charles Mingus have all been big influences on me since I was young. All of them have been band leaders and crucial contributors to some of my favourite bands. I always come back to these bass players for inspiration and find new things about them. Each one of them has such a uniquely strong voice.

The power of Charles Mingus and the woody growl of Ron Carter made me realise how the double bass takes up a totally different sonic space than other instruments in the band. Charlie and Jaco, although their approaches are completely different, make the bass a pivotal melodic instrument in whatever context they play. I always think of the bass line that Charlie Haden wrote in ‘Lonely Woman’ by Ornette Coleman. Charlie’s melody sets the tone for Ornette and Don to play the way they do. It creates a foundation, adds another melody, and leaves space for everyone to be heard all at the same time. I’m always working to get to that place.

All of my favourite bass players whether they play jazz or pop have the same abilities to be heard and to be a vehicle to help propel the band. If I can begin to accomplish that I will be happy with the music I’m making.

Spencer Zahn’s People of the Dawn is out now via Double Denim.