It’s no secret that South Africa has one of the most exciting young music scenes right now. Whether through burgeoning jazz-inflected records by the likes of Sibusile Xaba and the UK connection of Shabaka Hutchings’ Ancestors project, or the country’s forward-thinking electronic music underground, spanning club-ready house and the experimental avant garde, so much new music is coming out of the Rainbow Nation at the moment, sometimes it’s hard to know where to start. And that’s before you’ve even begun digging back in time.

One of those connecting the dots between South Africa and scenes in Paris, Berlin and Lisbon is Portable, whose newest project RANGEr drops on London label Waella’s Choice this week.

To mark the release we asked Portable aka Alan Abrahams and fellow South African Lakuti aka Lerato Khathi to pick out five labels, new and old, that you should have on your radar.

Home to the new generation of deep African house for artists like T.Siza, Fred Buddah, and Ofuren. Focusing on releasing music solely from African artists. Super Black has been around for over 5 years and was originally called “Roots Go Deep Music” before transforming- to Super Black Tapes in 2016! Their ethos since the days of Roots Go Deep Music is “the label is an Art Gallery where each song chosen is a painting, chosen to further perpetuate the sonic identity, philosophy and ideals of Super Back Tapes. – Portable

They are actually the largest record label in South Africa but also broke influential groups like Ladysmith Black Mambaso, who had the first release by a black musician in Apartheid South Africa to reach gold status. It was also home to the late Lucky Dube, South Africa’s biggest selling reggae artist and political activist, whose classics like “I’m A Prison” shone light on the brutal regime during the apartheid. – Portable

This young label has been around since 2014 and is run by DJ duo Menu&Floyd. Its output takes that intriguing road from soul to jazz before arriving at its house destination. A majority of their output is their own work under the name Lilac Jeans, but it’s also home to rising stars Mr KG and BlaqSilva, as well as soothing African soul singers like Inno and Sio Blackwidow. – Portable

This is a record label collective from across Africa – Cape Town, Lagos, Kinshasa – and releases the more experimental electronic music made on the continent. The ethos is “to articulate the visible and invisible structures that create binaries in societies, and in turn distribute power.” – Portable

Kalawa Jazmee (“KJ Records”) is an independent South African label that was instrumental in the development of the musical style now known as “Kwaito”. Originally formed in 1992 & first called Kalawa, it went on to sign acts such as Boom Shaka, with their debut album It’s About Time released in 1993. Joining forces with Trompie’s label Jazmee in 1995, it then became known as Kalawa-Jazmee Records. The label continues to flourish under Oscar Mdlongwa, Bruce Sebitlo, Zayne ‘Mahoota’ Sibiya, Mandla ‘Spikiri’ Mofokeng, and Emmanuel ‘Mjokes’ Matsane, with Gao Mokone assuming the task of Label Manager. – Lakuti

It has become more urgent than ever for artists in South Africa and the continent over to take charge of their own creativity and this is beautifully demonstrated by Siyakaka, a self-driven & self-manifested container for all things Faka. Siyakaka is an outlet created by the most intriguing and exciting duo to come out of South Africa in a long while. A cultural movement established by Fela Gucci and Desire Marea, Faka has come to represent more than its description as a “performance art duo” which has defined the collective since their inception in 2015. Faka explores alternative expressions of Black queer identity in a characteristic lo – fi, glitchy aesthetic. The first EP Amaqhawe is a must and features the hit ‘Uyang’khumbula’. – Lakuti

A now defunct independent label but worth digging for, this label was prolific in the ’80s. While it released other international acts, it went on to give debut releases to artists who then became some of the biggest acts in South Africa. These include Yvone Chaka Chaka, Chicco, CJB, Pat Shange and more. – Lakuti

Prolific in the ’80s and ’90s, Eric Frisch Productions released music from Senyaka, whose work is now being brought to an international audience by Rush Hour, as well as Professor Rhythm whose music was reissued by Awesome Tapes from Africa back in 2017 too. Worth checking out the rest of the label’s catalogue for other nuggets. – Lakuti

Another label to highlight when it comes to kwaito, bubblegum and beyond. Operating from the early ’80s to the early ’90s, with acts such as Kansas City Sounds, Soweto Youth Band (S.Y.B), Jivaro, Poosh and many more. – Lakuti

Portable Presents RANGEr is out on 26th January via Waella’s Choice. Get your copy here. 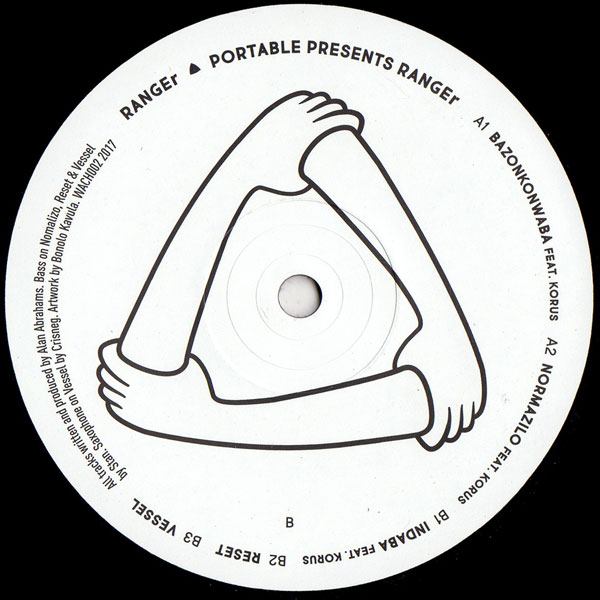