Unravelling the archive: The radical sound of Jean-Luc Godard

Drawn from the legendary film director’s personal archives, Soundwalk Collective return to the source material of new album What We Leave Behind to discuss the role of music in Jean-Luc Godard’s films and how they’ve channelled his processes into the spirit of the record.

When he was making 1962’s Vivre Sa Vie – which follows Nana over 12 episodes as she leaves her husband and young daughter, attempts to become an actress, and ends up turning to prostitution – Jean-Luc Godard wanted to get as close to reality as possible. Made at a time when visual naturalisation was catching on, it’s what he did with sound that was particularly innovative.

The sound design of the entire piece – everything from the dialogue to street-noise and door slams – was recorded directly in the hotels and bars in which the scenes were shot. The only post-produced sound is the music, a Michel Legrand piece, which repeats over and over without coming to a climax. Godard was presenting sounds as authentic as his images, disrupting the idea that audio needs to be ‘finished’ using foley or otherwise. Like Pierre Schaeffer’s musique concrète, Godard understood that very ‘real’ sounds could restructure our expectations of cinema.

In a conversation with Wim Wenders, published in 1992, Godard described his approach to sound: “I start at the cutting table by looking at the pictures with no sound. Then I play the sound without the pictures. Only then do I try them together, the way they were recorded. Sometimes I have a feeling there’s something wrong with a scene — and maybe different sound will fix it. Then I might replace a bit of dialogue with dog barks, say. Or I put in a sonata. I experiment with things until I’m happy”. It’s this approach, that sound is a separate entity to images, and above all that sound is capable of ‘fixing’ a scene, that makes Godard’s use of sound so nuanced. 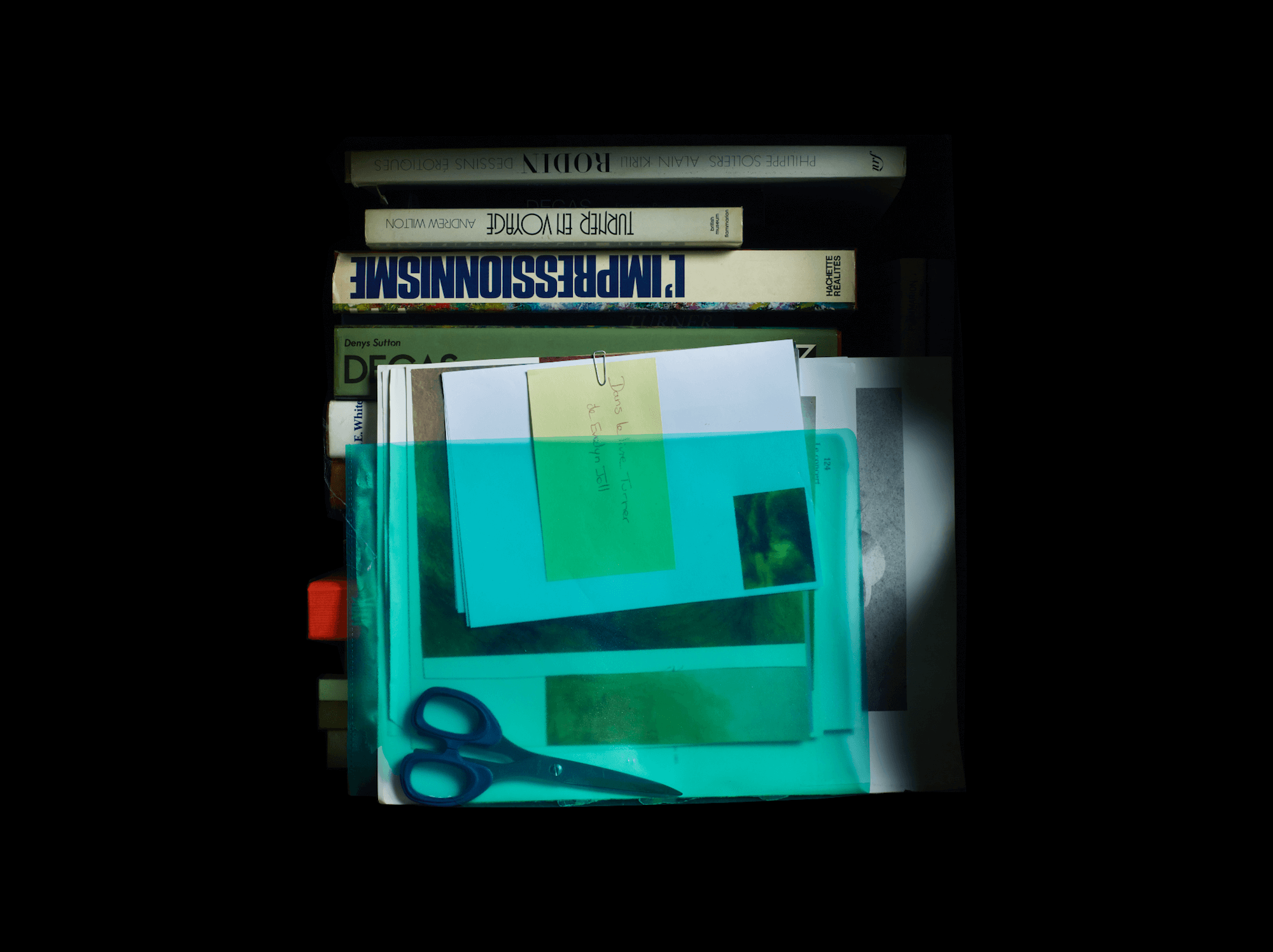 Godard has made over 120 films since his debut when he emerged in the ‘60s as a nouvelle vague director. From À Bout de Souffle, his 1960 breakthrough, with its slightly out-of-sync, sometimes garish sound effects, to 2010’s Film Socialisme, for which all the sound was captured on mobile phones, sound is never an afterthought. In the same way that he pushes visual boundaries – such as his trademark jump-shots – he is consistently reconsidering what sound means in cinema. 1968’s Un Film Commes Les Autres, a film which consisted of the same 54-minute long successions of images back to back, but with different soundtracks, emphasised that for the director, sound is a structuring principle. Even small changes in sound can completely redefine a film. 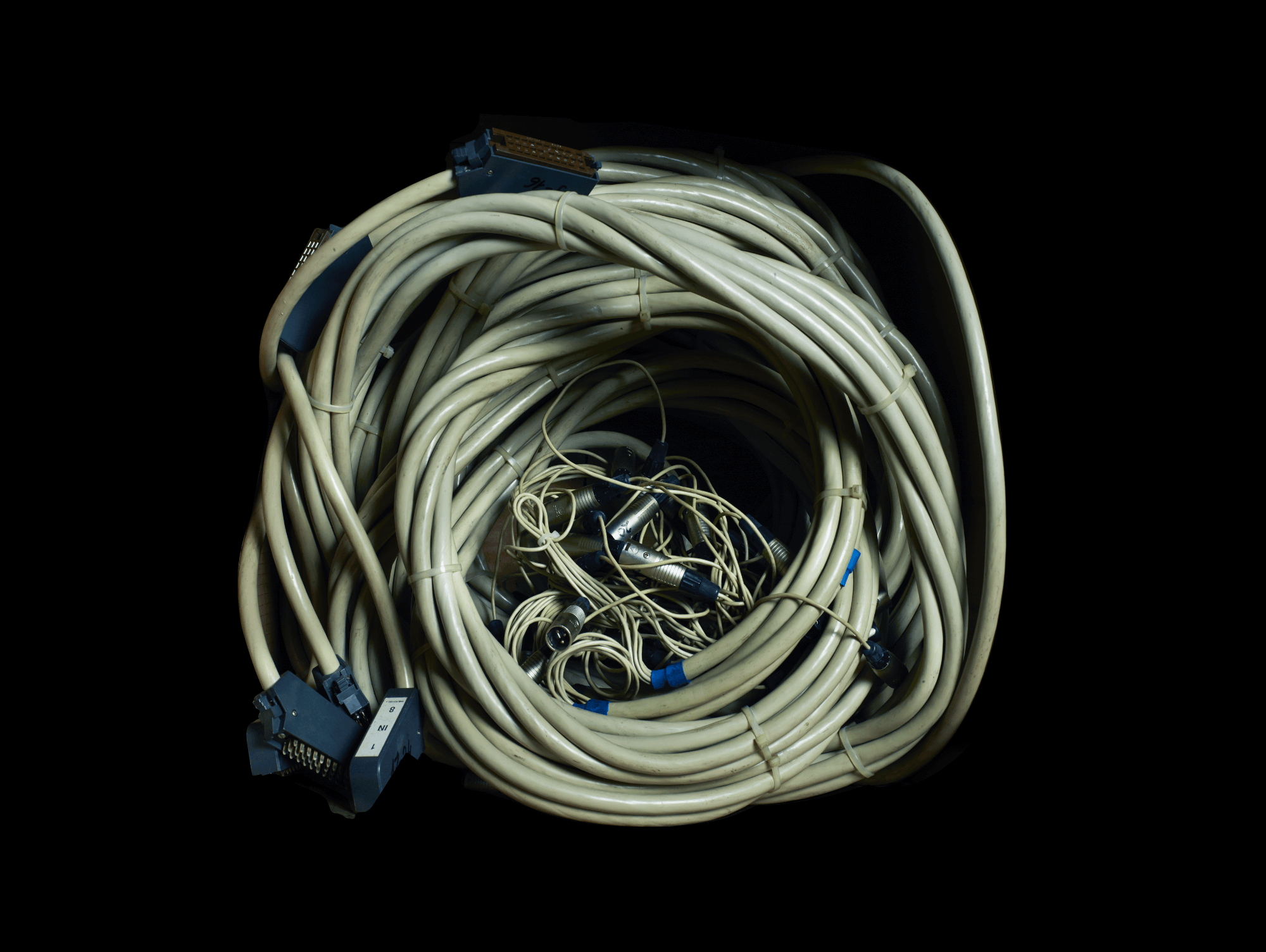 With Godard, we even get the sense that he treats soundtracks as standalone pieces of art, distinct from the films they accompany. Speaking at Cannes in 1990 – the festival which he brought to a stand-still fifty years ago in solidarity with protesters across Europe – he said, “my film without the sound will be improved. However, if you ‘see’ the soundtrack without the images, it will have an even greater impact.”

It’s this audio-vision that drew Soundwalk Collective to Godard’s work. The NYC and Berlin based group were invited to aurally respond to Godard’s personal archive of shot film, reel-to-reels and historical ephemera, which reveal intimate moments before and after the camera rolls. The result is a six-track LP titled What We Leave Behind accompanied by a remix EP featuring reworks from Ricardo Villalobos, Jan Jelinek and Petre Inspirescu.

For Soundwalk Collective co-founder Stephan Crasneanscki, Godard is a master of 20th century cinema because of the way he juxtaposes sound with image. “Part of Godard’s genius was that sound was thought of in the same value and the same moments as the image, so it was not a post-effect, it was a very kind of pre-existing creative tool that was as strong as the visual tools.” When Crasneanscki met François Musy, Godard’s sound engineer, and heard that Godard planned to get rid of 50 years of archives, it seemed necessary to make some kind of response to the material. 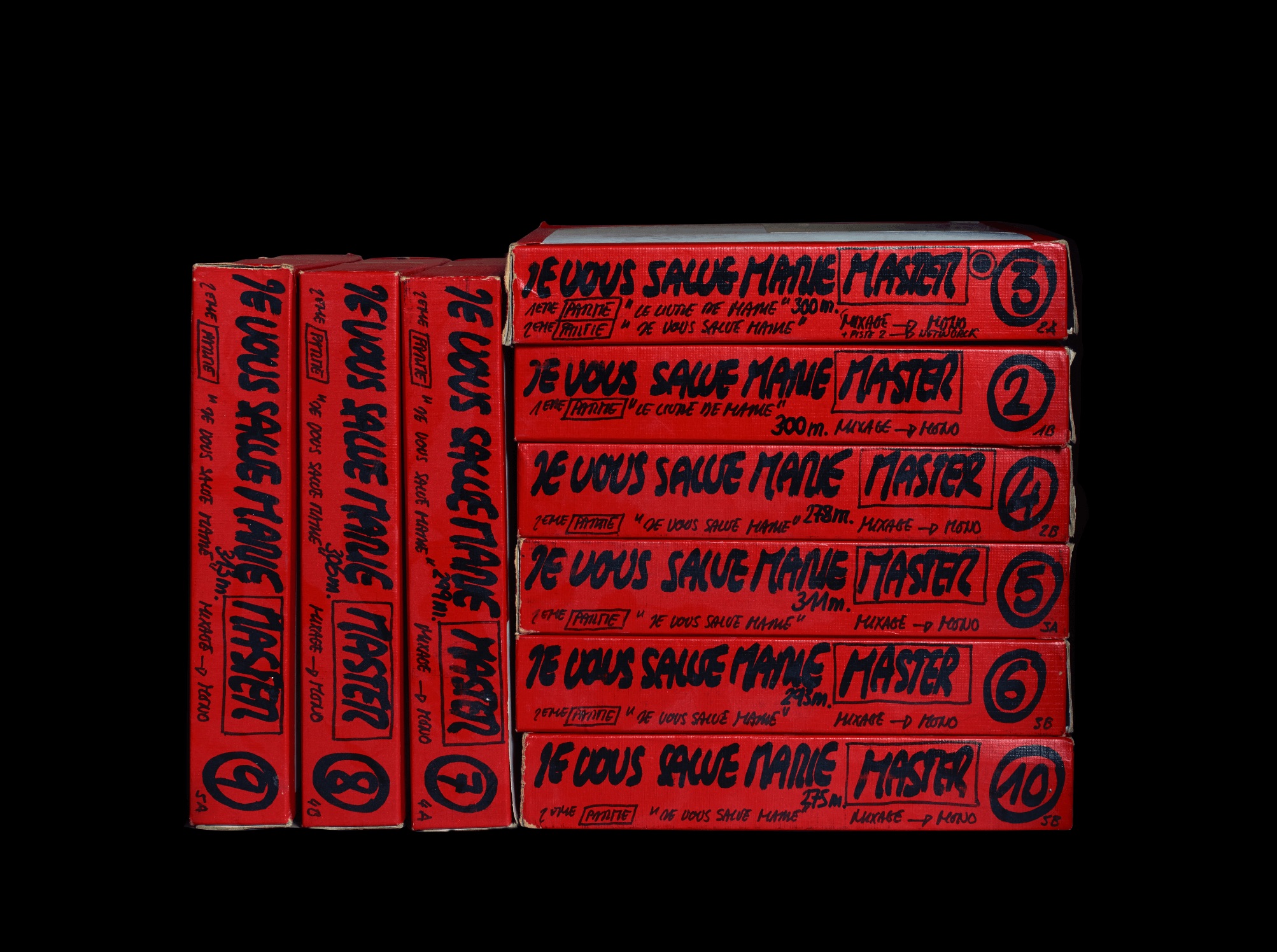 Whether collaborating with Nan Goldin and Patti Smith or presenting work in Berghain, Soundwalk’s practice centres around physicality. They create concept albums using source material from specific locations, using microphones to pick up ambient movements (like Godard himself), and they present ambitious sound installations and live performances. In this case though, geographical space has been replaced by what Crasneanscki defines as ‘sonic and memory landscapes’.

Whilst the project is an exploration of Godard’s use of sound in cinema, it’s also a meditation on the notion of archiving itself. Crasneanscki sees the archives, as a “sleeping memory” of not only Godard, but everyone who has worked on his films. Mistakes, as he points out, and the material artists chose to edit out of their work, can tell us as much as the work they chose to show. The archive tapes consisted of out-takes, and also of offcuts, which are the extra seconds that the sound recorder will capture either side of each take. These “mistake tapes” are valuable because of the “insights they give us to Jean-Luc Godard”. For Crasneanscki the project is a way of “somehow editing and giving new life back into Godard.” 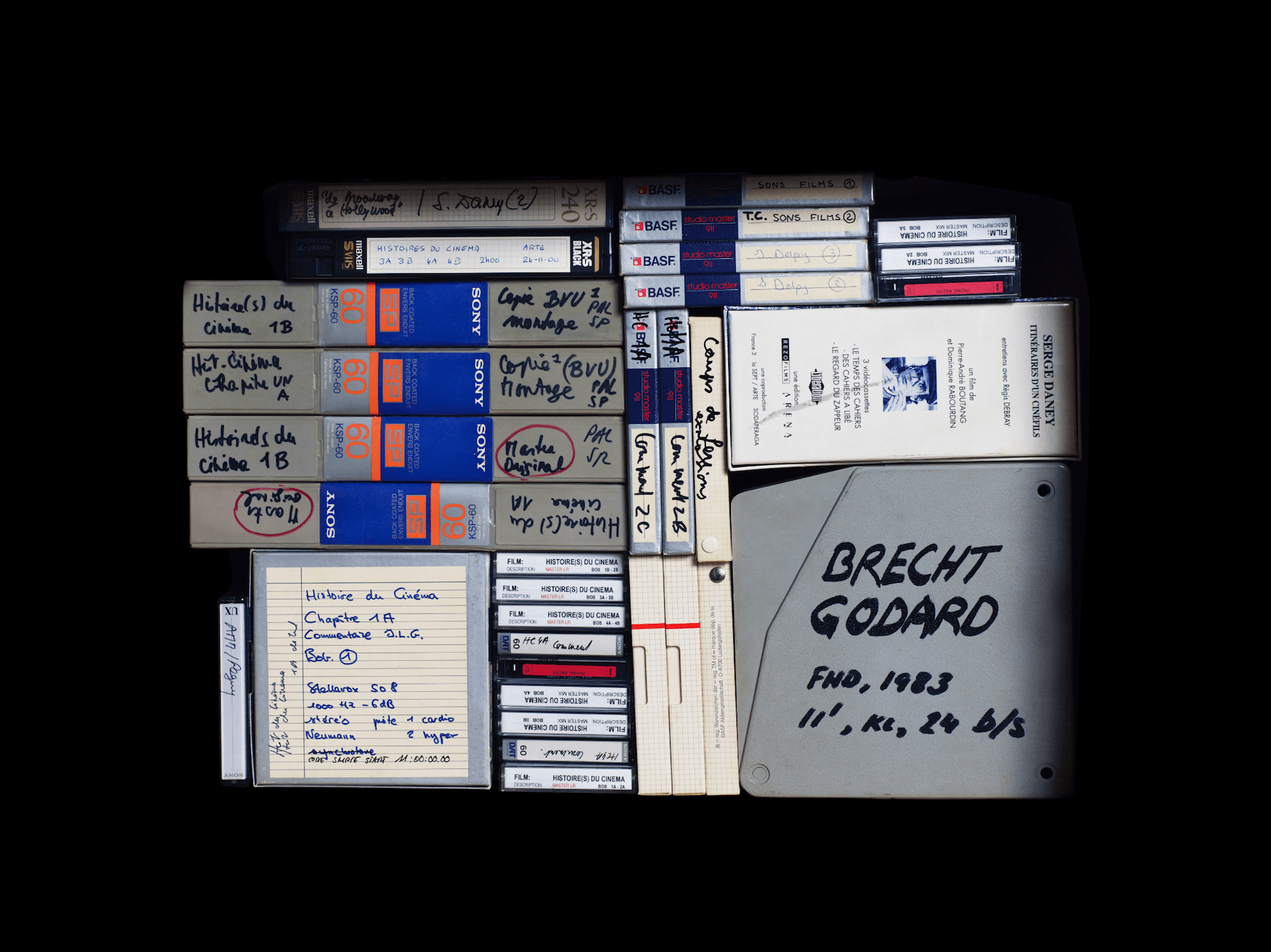 Crasneanscki explains how they began to carve away at the material until it became a sound piece: “Deutschlandradio financed and produced the first piece, which we approached in a very anthropological way. We went into the archives, scanned most of the tapes and recomposed and recut a sound piece. This was a cut and paste piece, that basically collects and tells the story of fragments, 20, 15, or 30 seconds, or a minute maximum, of different leftover tapes. On some of these you could hear Godard himself directing actors or actresses just after the cut, or preparing the actor or the director of photography just before the recording gets lost.”

The initial piece was a 50-minute collage, developed into a more “spontaneous reinterpretation of the sound.” Soundwalk began recomposing what they had been working with, creating loops and making different treatments of the raw recordings, which resulted in “a more harmonious, ambient kind of composition out of the material.” 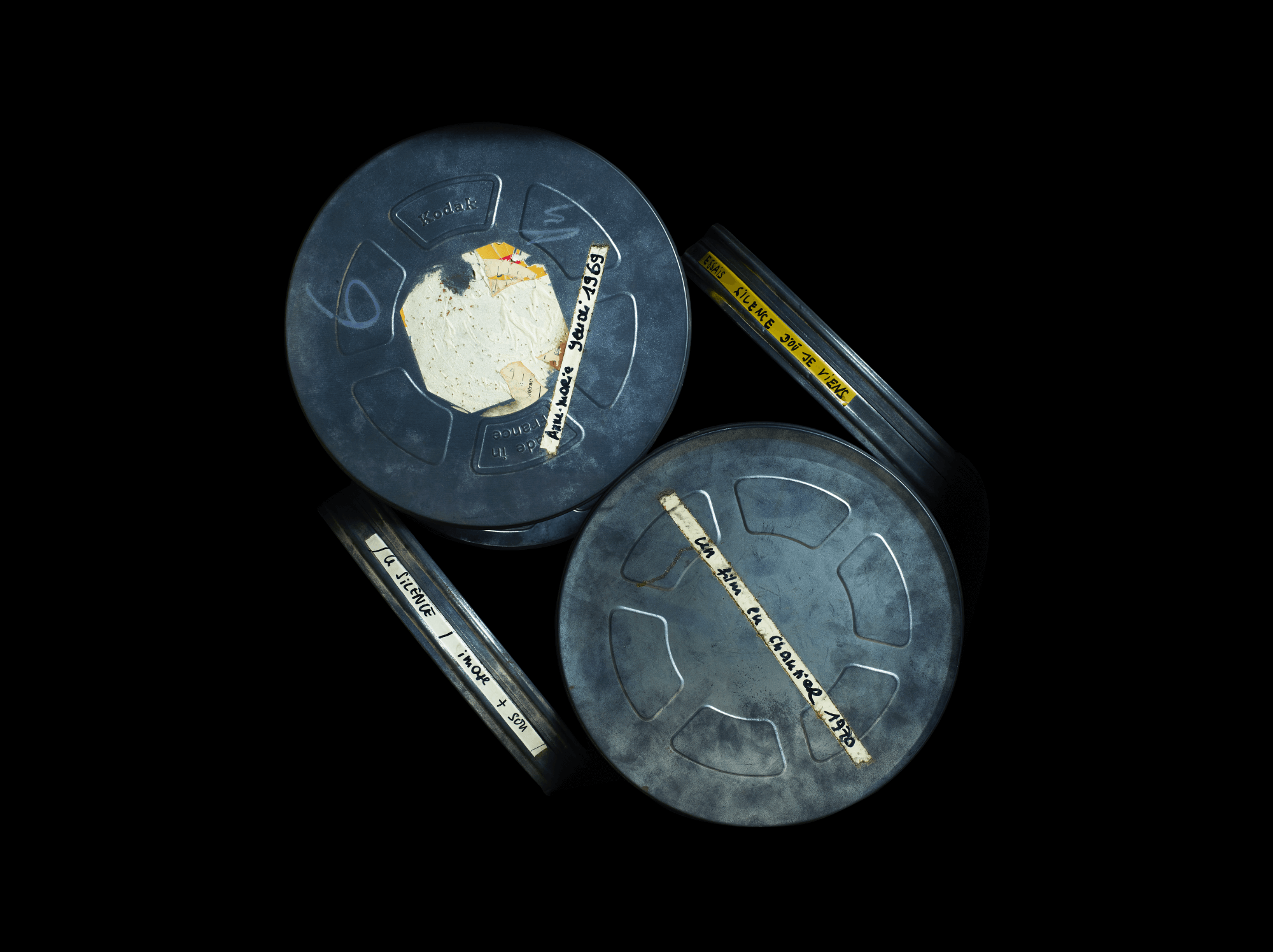 What We Leave Behind then, is “a more subjective, more impressionist, more contemporary experience of our journey in those archives oevr the last five years.” In the end, the music is a very distant relative to Godard’s soundtracks, but the process of creating it is reminiscent of Godard’s own process. In this way the director has been, as Crasneanscki describes him, one of those artists who “basically allowed the generation behind them to push further those frontiers, those doors, that have already been opened by them,” and “steal” what they’ve created in order to produce something new.

What We Leave Behind is out on 18th May via The Vinyl Factory, with the remixes following on 25th May. Pre-order the former here and the latter here.