Soothing Sounds for Baby was supposed to help relax young children but reviews in the ’60s called it “skull splitting”. Copies have been available abundantly for decades so with a limited edition coloured wax reissue on the way, Jonny Trunk wonders where the free nappies are?

My oh my, haven’t things changed. The way we see music, the way we hear music, the way we buy music. The recent news that Soothing Sounds For Baby (Volumes 1-3) and some more Raymond Scott albums were being repressed made me think about this again.

The origins of these recordings go back to 1963, and a collaboration between the Gesell Institute of Child Development in Connecticut and cartoonish composer Raymond Scott. Scott had made a fortune selling his original swing jazz composition to Warner Brothers and then slowly started sinking all his dollars into machines that would / could make music. 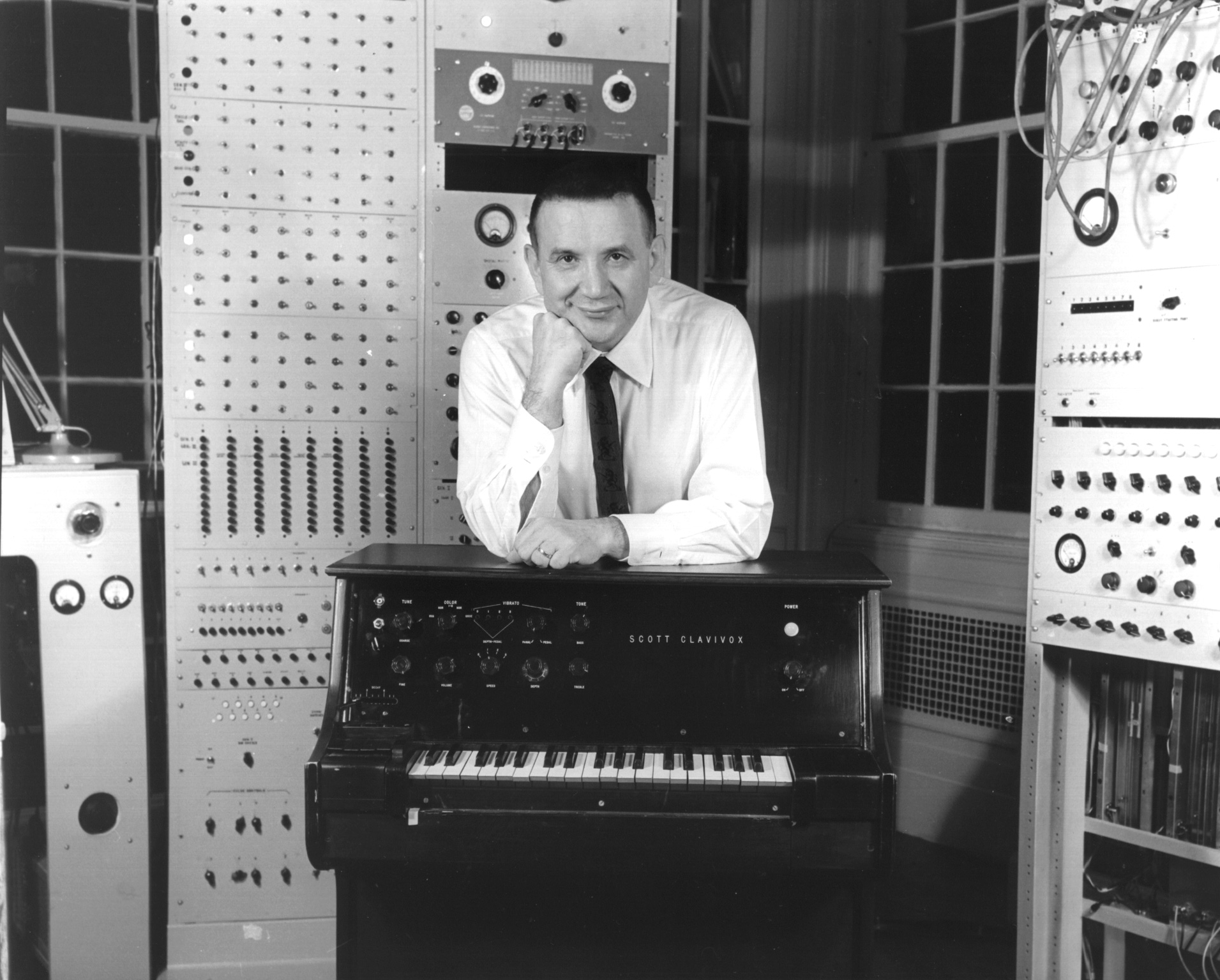 He simply believed that the future of music lied with man computers that hadn’t been invented yet. In his vast Manhattan studios (known as Manhattan Research) he’d invented new music making machines – such as the Clavivox – and recorded miles of odd experimental sounds for himself, for short films and for advertising.

By the early 1960s his studio was in full electronic swing, trading in circuitry, collaborating with musicians, scientists, doorbells, even marketing men. One such collaboration, with doctors at Giselle and Epic Records brought three new electronic LP into the world, just for babies. Well for parents of babies.

Called Soothing Sounds For Babies, it’s simple idea of three volumes – aimed at the first 6 months, 6-12 months and finally 12-18 months of development – was to educate as well as calm new borns with a series of repetitive electronic rhythms and melodies, that grew in subtle complexity as the baby grows.

Needless to say the LPs were a flop, and as the decades rolled on, Scott’s mania for music and invention grew, as did his paranoia and privacy.

By the 1980s he was all but forgotten, until writer, collector and commentator Irwin Chusid found him. A reissue programme of his classic swing music began, but it wasn’t until Dutch label Basta started repressing his unissued electronic tapes did things really start to take off.

Basta’s timing was accidentally brilliant, as a whole generation of adventurous easy listeners had got into Moog, Perry, Radiophonics and anyone manipulating a tape over the last decade. Then came along Raymond Scott and blew everyone away with his commercial spin and distinctive electronic charisma. 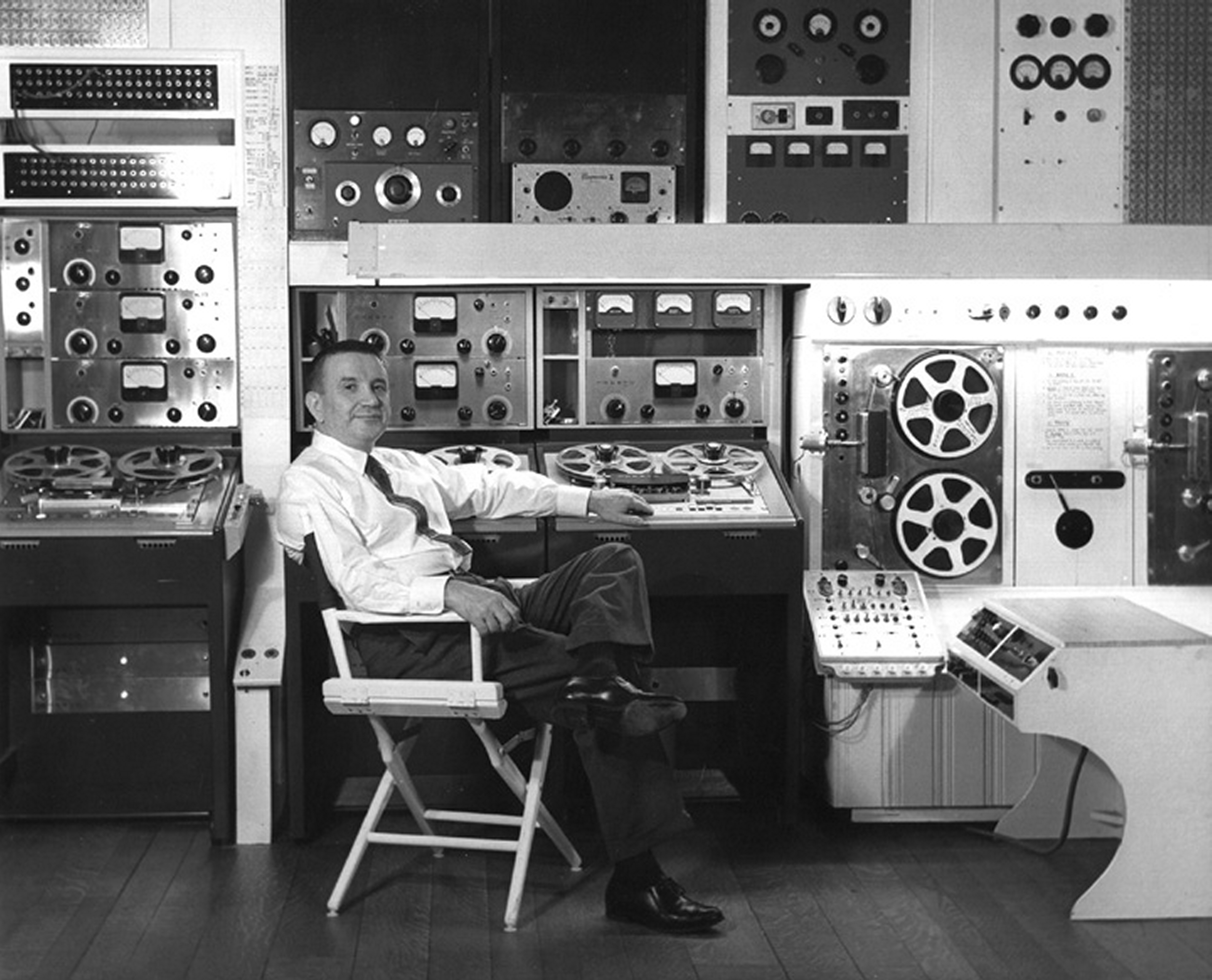 The 2-CD set Manhattan Research went ballistic on release in 2000 – it became a true crossover and genuinely groundbreaking retrospective album. One result along with mass CD sales and TV syncs was that one of Scott’s more obscure pieces for Lightworks Makeup became the most recognisable sample in Dilla’s Donuts. 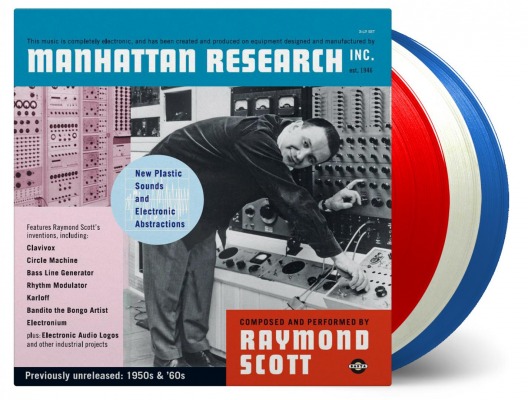 And here we are today. Fifteen or so years on. And news breaks of Raymond Scott represses. I’m not surprised. In our new vinyl hungry state everything everywhere is being repressed. And yes, you guessed it, on coloured 180 gram wax. I’m surprised Soothing Sounds aren’t coming with a free nappy too. How the market has changed.

But what I find more fascinating is the sound babies are being played nowadays. Go to YouTube and you will see hours of white noise, the all new soothing sounds for babies. Here, 17 million hits. Go to iTunes, Spotify, there are years of white noise, pink noise, every colour noise, enough to send a nation of babies to sleep for decades. 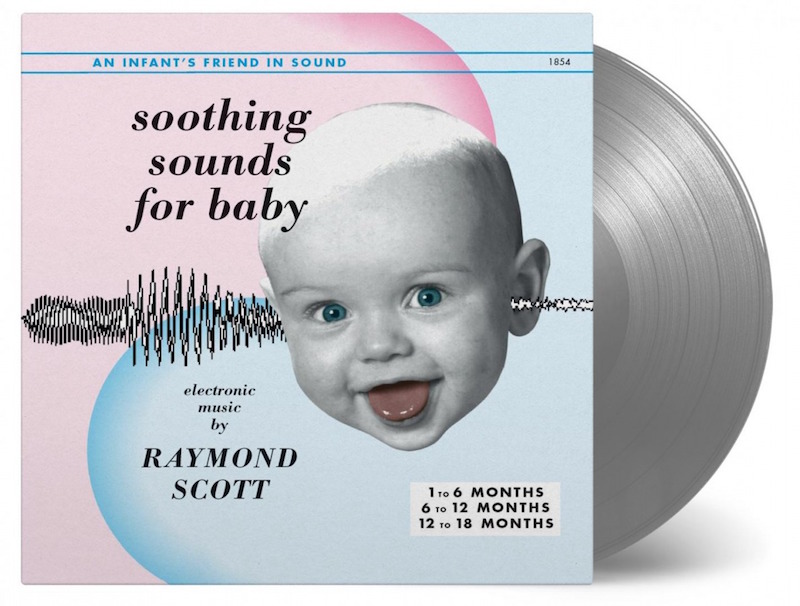 I know – I’m going to issue a White Noise Baby LP. Just 2 sides of White Noise, Call it White Noise for Babies. On White “nappy coloured” vinyl, no, maybe baby blue (for boys) or baby pink (for girls) with some free baby wipes with the first 500 copies. Right, I’m on it.