Shape-shifting outfit Onyx Collective have built something of a ‘cult’ in the NYC underground. With Big Dada debut Lower East Suite Part Three out now, Jack Needham finds out how they’re making space for creativity at the crossroads of music, skate culture and gentrification.

A crowd spills out across the walkway surrounding Kings Cross station in London as businessmen stare in bemusement at hundreds of impeccably dressed kids in five-panel hats, wondering what all the fuss is about. That ‘fuss’ comes from New York City’s Onyx Collective who’re turning the central London Carhartt store into a free form freakout. Unable to move through the crowd we listen from outside. But as the piercing saxophone shrieks, resonating from Isaiah Barr to the street outside, being on the wrong side of the rope has never sounded better.

“I loved the fact that the saxophone could sound like a voice. It has this chanting, almost hypnotic trance-like effect that you can induce on the listener and on the player,” says Isaiah Barr the next day, dressed in an ankle length coat that’s injecting a burst of colour into the room. Isaiah is Onyx Collective’s de facto band leader, a lifelong saxophonist who speaks with the energy you’d expect from his on-stage persona. The band’s drummer Austin Williamson sits in the middle of the room holding a record bag that’s full to bursting. Nick Hakim dissolves into a sofa in the corner of the room, still recovering from the night before.

Coming together in 2014 Onyx Collective began as a loose outfit of esteemed players, vocalists and experimenters all entrenched in the music that has made America’s alternative capital groove for decades: freeform jazz, hip-hop and the DIY ethos of NYC hustle. At its core are Isaiah Barr, Austin Williamson on drums, and keyboardist Josh Benitez, but prescribed titles have never been a good way to define Onyx. “I’m more of a lyricist than a composer, and then a saxophone player. They all come together,” muses Barr. “That’s the goal, and that’s my vision right now. To be writing music where that duality exists.”

Using their Chinatown studio beside the East River as a base, Onyx Collective have been lauded as the next step in NYC’s longstanding jazz heritage. 2017’s Lower East Suite Part One – compiled largely from live performances in storefronts, bars and street corners across the city – is a love letter to the boroughs that raised them. Tracks like ‘Colour Images’ and ‘East River’ are littered with samples of everyday NYC life, creating experimental sounds for Supreme-kids to get down to (their 2016 debut 2nd Avenue Rundown was released by Supreme and Know Wave)‎.

To Onyx Collective, the city oozes with a collaborative energy. “For people to feel comfortable – in a safe space – and for something interesting to happen there has to be a vibe,” tells Barr. “If you want something mysterious and intriguing to happen, the best place to find it is a place that has its own atmosphere, its own subculture. A place with the fewest number of limits and boundaries possible.”

These “uncorrupted spaces,” as the band describe them, help make Onyx Collective the disparate entity they are. The bodegas and second-hand stores where they reside have proven to be a natural magnet for creative collaboration. The chest inflating lyricism of Princess Nokia and XL Recordings’ artist Wiki have been imbued with greater urgency in live performances with Barr and co., and bassist Felix Pastorius, son of Jaco Pastorius, calls himself a member.

“I think of Onyx as survival, a sense of building and being together, like a cult… but I don’t want to say we’re a cult,” laughs Barr, pausing for a moment. “Well, maybe we are a cult… but we want to share a space and be in the same room together. That’s been a catalyst for so much great music and New York really fosters that. It’s like we have a sense of survival and a sense of constant renewal.”

Of course, like any major city these areas of undiluted NYC are at odds with the desires of property developers wishing to renovate them and double the rent. That’s nothing new. Names from De La Soul to the Beastie Boys have long given voice to NYC’s societal shifts, forging the city’s grit to a boom bap beat. It’s a theme that runs through Onyx Collective’s newest LP Lower East Suite Part Three. Tracks like ‘There Goes the Neighborhood’ and ‘Eviction Notice’ personify the bittersweet struggles of living in a global city through brooding saxophone serenades and flitters of orchestrated chaos. “Even though New York City might change there is something at its core that will always be there,” says Isaiah. “It’s something that will always put you in the zone.”

Until late 2017 you’d have been hard pressed to discover much of Onyx Collective’s material online, at least officially. Their music existed as unofficial YouTube rips and records that changed hands among friends. There’s a beauty in those fleeting moments of unrecorded magic that will forever only exist within studio walls and rehearsal spaces. “I’ve learned that a lot of music is lost in space,” says Barr. “And that idea allows us to experiment and takes us outside of our comfort zones. We just begin playing and make it work. There’s a trust and responsibility in that and not knowing [what will happen] is a liberating feeling. If you have a space of your own and the right support, these things can become tangible, something real, and hopefully that inspires other young people to record themselves.”

“And dude…” Williamson interjects, jumping forward in his chair. “We’re inspiring other youths our age who are stuck in limitations based on their assumption of the industry or what it is to be ‘successful’. These people can be great, but this society can say ‘no’.” 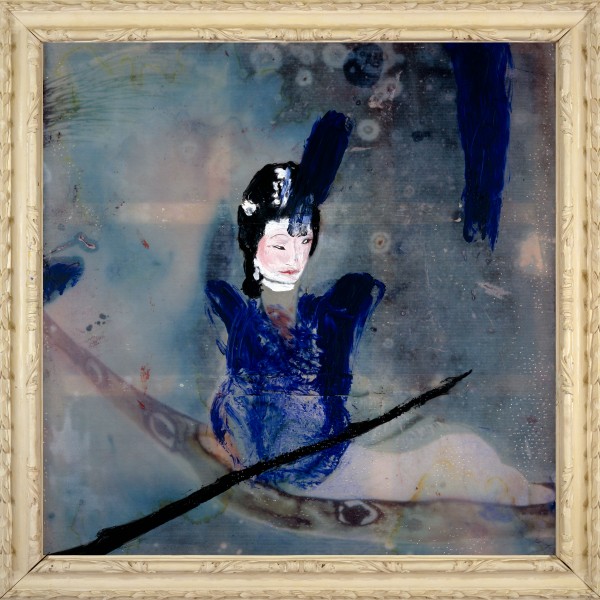