“It has an emotional directness which I love, I really like music to nail its colours to the mast and be very plain-spoken in what it’s talking about.”

With a flair for merging the acoustic and the electronic, and indeed a certain romanticism in composition with experimentation and an eclectic ear, Max Richter has found a fittingly diverse fan base for his prolific output, be it in concert or on record. Amidst a body of work that happily defies purists and the genre restraints of the neoclassical pigeonhole, Richter has rescored Vivaldi’s Four Seasons and conducted 8-hour long concert lullabies for sleeping audiences across the globe.

This week’s release of his Behind the Counter compilation, which gathers a suitably varied collection of artists and music that he holds dear, follows hot on the heels of the classical chart topping Music From Woolf Works- a score which flourishes from the literary fabric of Virginia Woolf’s work and stands as another example of how integral storytelling is to Richter’s composing. Indeed this proclivity has made Richter a natural choice for numerous film and TV soundtracks, with recent examples being his compositions for HBO series The Leftovers and the inclusion of ‘On The Nature of Daylight’ in Denis Villeneuve’s Arrival.

Here, Richter discusses his views on the film soundtrack, taking Ennio Morricone’s Once Upon A Time in America as a prime example of a work that is all the more affecting for its outward appearance of simplicity. 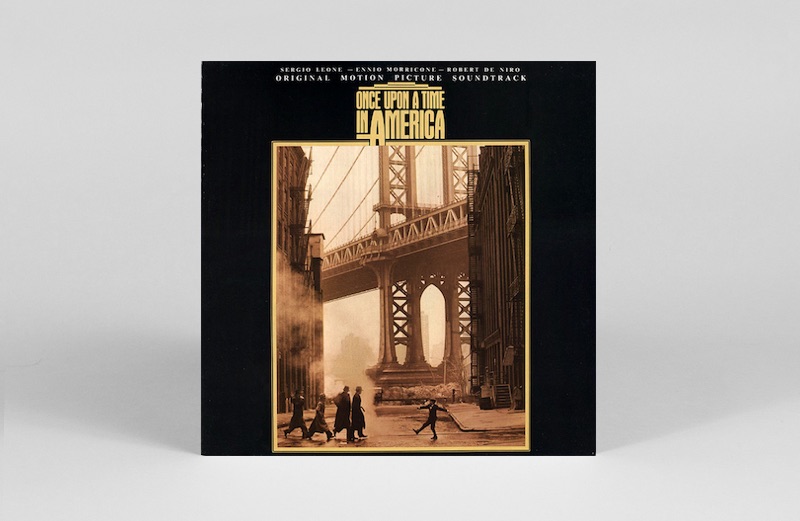 “Everything connects to everything in music and that’s a wonderful thing about it. When I listen to Once Upon a Time in America, the fingerprints I see in it from past music are things like Mahler, it has that romantic sensibility, it’s incredibly well made, great orchestration, very good on a technical level. It’s somebody whose trained and who understands how an orchestra works.”

“For me Once Upon a Time in America is a heart-breaking piece of film making, with a score that truly populates its world. The film has a real grandeur, a huge sense of scale and time and all sorts of wonderful things in it. I think the music is very clever in the midst of this, in that it seems very simple; beautifully simple tunes, that are beautifully orchestrated and paced throughout the film. For me, that’s one of the things I really enjoy in music- when things appear to be simple. Indeed they may actually not be simple underneath but they still come across in a very direct way. I love how Morricone can make things seem inevitable and obvious to the point where it’s sometimes hard to remember that before he wrote these pieces they didn’t exist.”

“There’s a kind of minimalism to the Once Upon A Time In America soundtrack even though it’s very romantic music in its feeling and sentiment, and it has a rich emotional texture whilst at the same time being very reduced. There’s not a huge amount going on, it’s not that hypercoloured Hollywood orchestration that has become so prevalent, it’s all quite muted, quite restrained even though there’s a big orchestra playing and there’s all sorts of solo vocals and aspects that take a certain presence. It has an emotional directness which I love, I really like music to nail its colours to the mast and be very plain spoken in what its talking about it.”

“I think one of the things that was so fortuitous about Once Upon a Time in America is that it comes from an era of cinema where filmmakers were in a way happy for music to be music. There was an expectation that the music would have some sort of musical grammar, which made sense in and of itself. Now we have moved, over the last few years towards music as an enlarged category of sounds, where you have a reduced expressive range within the music, pushing very much towards ambience and texture, which is interesting but I do feel its like trying to drive a car with one hand behind your back- its underselling what music can actually do, because music is a great expressive story telling medium.”

“I think there’s something strange about the idea of listening to a soundtrack divorced from it’s whole, so I almost never do it, and other soundtracks that I’m very fond of are by artists like Can with their Soundtracks collection or Popol Vuh’s Nosferatu or Pink Floyd’s Obscured by Clouds, these are musical works which sit in the world of a film. Draughtsman’s Contract by Michael Nyman is another piece that certainly comes to mind in that regard. These works populate a film but they’re not really film scores.”

“At the moment we’re working in a time where that’s not really allowed to happen, and that for me is a loss, but it’s wonderful that these connections between directors and composers existed from the 60s onwards with Morricone and the artists I’ve mentioned. Here you have a kind of experimentalism but also a faith in the expressive potential of these things, and the thematic musical grammar. This situation gave rise to some amazing scores, and there are many examples of that with Morricone.”

Max Richter’s Behind The Counter in out via Rough Trade Shops on 14th July on triple vinyl. Order your copy here.