“The more invisible technology becomes, the better it is”: The multi-dimensional genius of Jon Hassell

Fourth World originator Jon Hassell’s first new album in a decade, Listening To Pictures (Pentimento Volume One), is released this week. Hassell talks to Chris May about Fourth World aesthetics, the painterly concept of pentimento, Stockhausen, exotica and why the new record is dedicated to the artist Mati Klarwein.

Hassell introduced Fourth World music in the late 1970s and refined it at the turn of the decade on Fourth World Vol. 1: Possible Musics and Dream Theory In Malaya: Fourth World Volume Two. There is an umbilical cord directly linking the Fourth World albums with the style’s latest incarnation, Listening To Pictures, a masterpiece which will delight admirers of the earlier albums while also delivering some surprises.

Hassell’s adoption of the Italian term “pentimento” to describe the new album followed a recent “eureka” moment. In art, the word refers to the appearance in a painting of existing images or brushstrokes that have been altered in some fashion and then placed in new contexts. Applied to Hassell’s music, pentimento describes fragments of found sounds or performances that have been sampled, manipulated and recontextualised. As Hassell explains below, Listening To Pictures employs pentimento both in the sleeve art and in the grooves.

Listening To Pictures is dedicated to the late Mati Klarwein. Klarwein shook up record sleeve design with the cover of Miles Davis’s Bitches Brew in 1970 and went on to create several sleeves for Hassell including Dream Theory In Malaya: Fourth World Volume Two. The new album also connects to Klarwein through a recording of what Hassell calls a “goat gamelan”, which he taped while staying at Klarwein’s house in Majorca in 1995. The name of Hassell’s newly formed label, Ndeya, also references the Majorcan village Deya, where Klarwein lived. 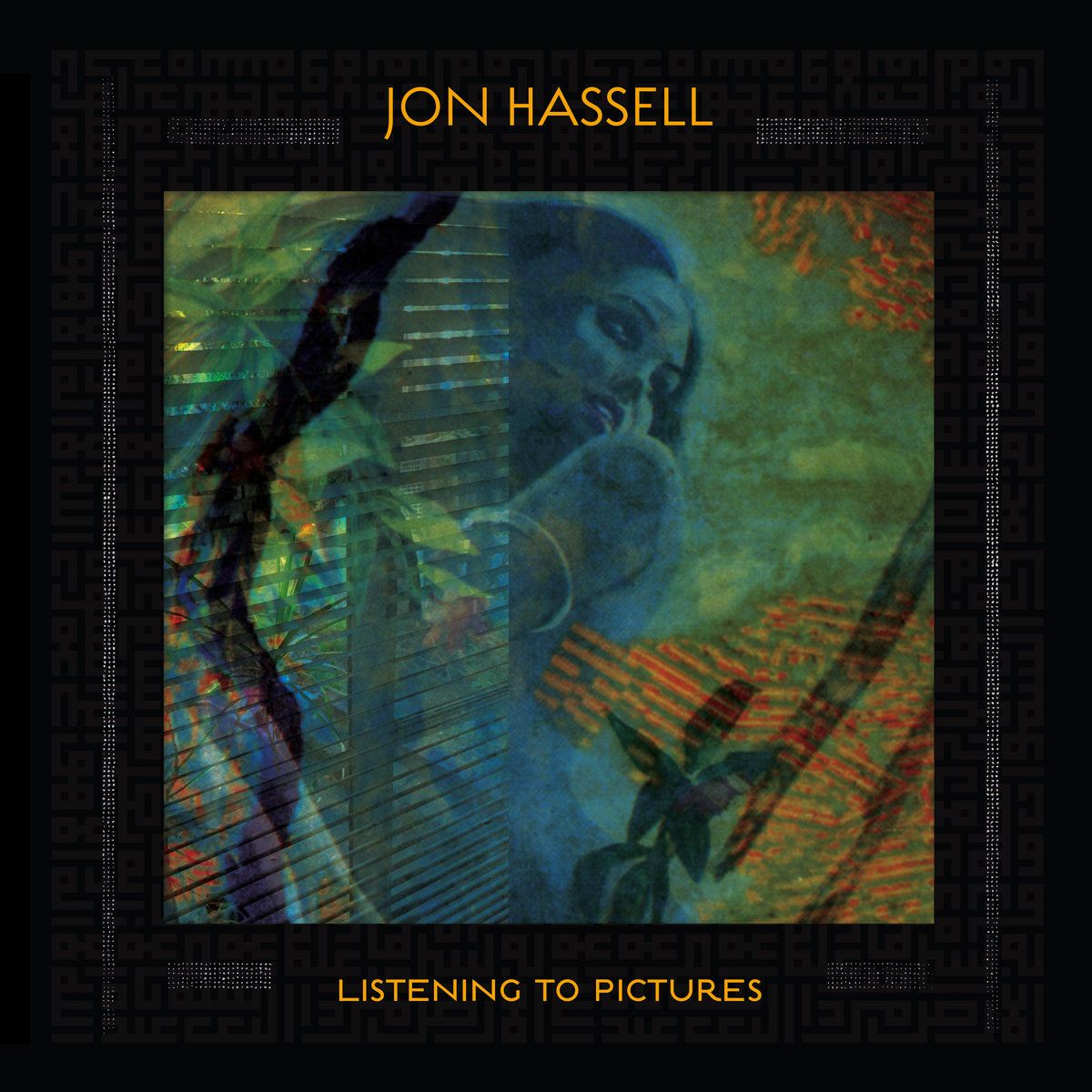 Pentimento is an elegant metaphor with which to describe the process of making Listening To Pictures. But you were in effect using the same technique on the Fourth World albums. Is it the metaphor that is new rather than the process?

It is more the metaphor that is new, yes. But a metaphor can change the way you think about things. Over the last year, making Listening To Pictures, I’ve been doing a lot of manipulation of sounds. When I’m in the studio and using 24 tracks and the software that’s available these days, there is this gigantic library of sounds. That’s really where the idea of pentimento caught fire in my imagination. I thought, what else is 24-track recording except pentimento? Layers are scratched off and other layers show through – or you can have a temporal pentimento à la Natalie Cole and Nat Cole [Natalie doing a virtual duet with her late father on his 1951 hit ‘Unforgettable’ in 1991]. But I thought the idea of pentimento, of a painting or a fresco with something that was done before showing through, was an attractive metaphor to describe the starting point of something new.

The album’s sleeve uses pentimento in the traditional art-world meaning of the word.

It’s a pentimento of near and far in terms of both time and space. That’s the Nile she’s holding on to. It goes between her legs in the uncropped version. The Nile and those geometric surfaces are actually the satellite shot on the cover of Fourth World Volume One. The girl is the cover of a Hindu pulp-romance magazine that I brought back from India when I was studying raga with Pandit Pran Nath [in the mid 1970s]. The view through venetian blinds is of plants outside my bedroom window. 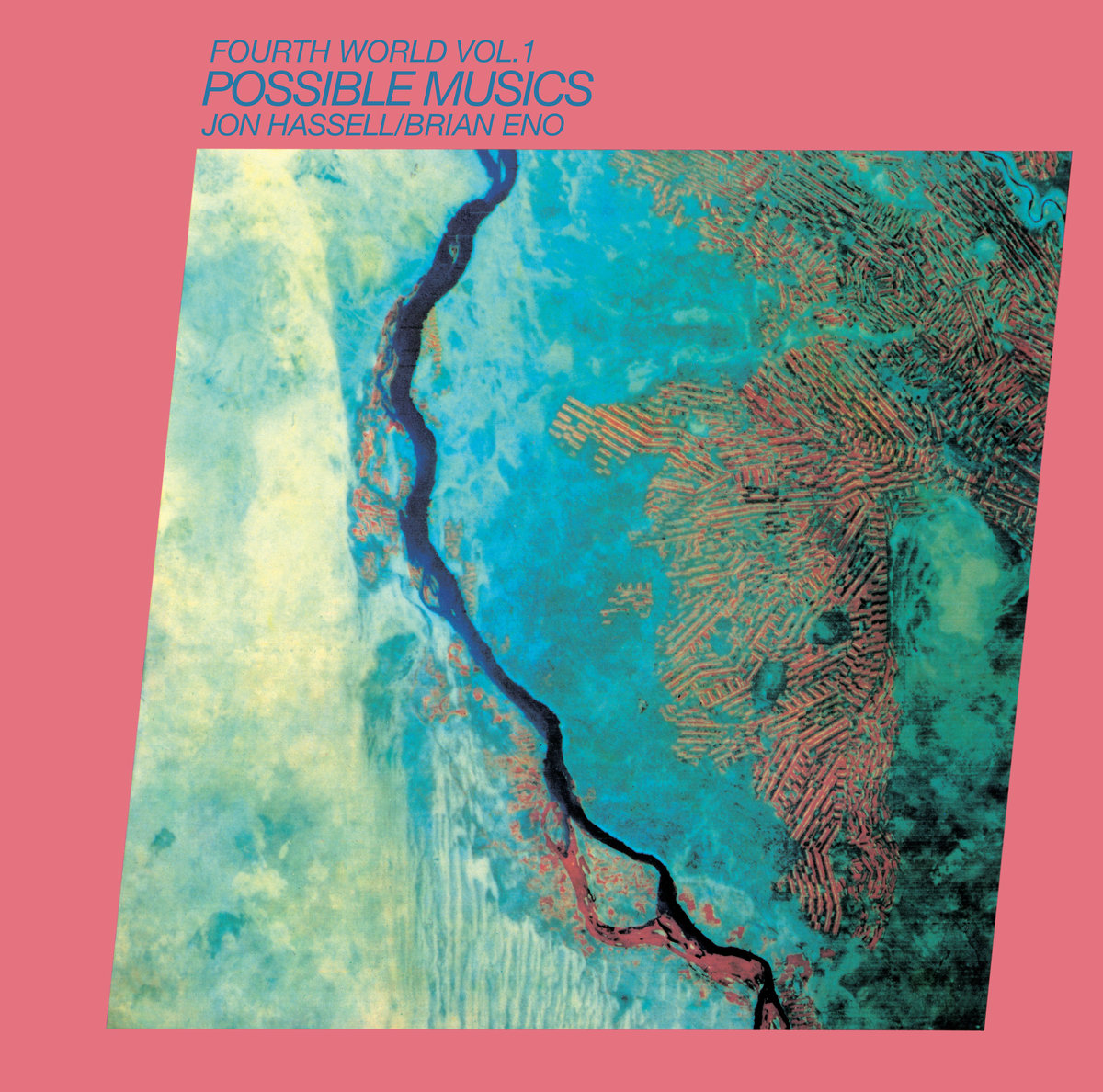 When Pran Nath accelerated your thinking about Fourth World music, “exotic” music required effort to access. Today, music from everywhere is available on a smartphone. Does the Fourth World concept still mean something?

It will become meaningless if it becomes a cliché, but I don’t think it has reached that point yet. To me, Fourth World is still a useful description. It conveys the idea of the best of this world and the best of that world – the idea of not simply championing one side over the other, the idea that they’re all equal. Though I can easily launch into some championing of the south in the north/south [economic and cultural divide] debate. I can definitely champion the south side more readily than I can champion the north side.

You have long been ahead of the curve there. How about exotica composers such as Les Baxter in the 1950s? Would you agree that they were also early exemplars of outward-looking music making?

I was aware of exotica when I was starting out and I loved it. I still love it. I did a couple of things in that direction and I’ve always enjoyed Les Baxter. When I was young, that was what was available in world music terms. The snaky cobra woman kind of vibe or the Tarzan movies that had jungly music, albeit written by exiled European composers. It’s been a big love of mine ever since. Those arrangements that Les Baxter did for Yma Sumac, those are incredible.

How important has advancing technology been in enabling your music? Do you think you would have continued in the same direction if the world had stayed analogue?

It’s always a matter of working with whatever tools are available at the time. Technology has opened up possibilities for me from the start. When I started learning to play raga on the trumpet – trying to sway, trying to play the curves – I started thinking to myself, the trumpet’s a lonely instrument so why don’t I add another trumpeter? And the harmoniser allowed me to do that. The realisation that through technology you could make a monophonic instrument into a polyphonic instrument, so to speak, was wonderful. And the more the technology becomes invisible, the better it is. But we don’t ever want to lose the joy of hearing a string vibrate up close, or lose any [acoustic] instrument that you might find in a so-called unsophisticated culture. The raw sound of Pygmy music, for instance, or imitating bird calls and so on. These are joyful things.

Do you think modern technology presents any sort of threat to music? Generative music’s bypass of a human compass, for instance?

I don’t think there’s anything to be eschewed, to be denied – if it sounds good it’s open season. I was thinking about Stockhausen recently and what first attracted me to his music. The first piece that drew me to him was Gesang der Jünglinge [electronically assembled in a radio studio in 1955]. It was made à la musique concrète, using samples of a choir boy’s voice. The whole structure was in an atonal mode and was done in such a way that the voice came out like sine tones. But it was made in such a very warm, humanised fashion. On the other hand, you can carry the electronic thing too far. We are too deep now into being digitized ourselves. We’re being formatted, being asked to accept only things which are made for us to imbibe by, say, Google. On that level technology has taken over. We’re simply puppets.

Are you working on any new tech yourself?

Oh certainly. I’ve got notes on ideas that are really extensions of things that exist already. I have an idea for a certain kind of harmoniser which is not just something that replicates the input. It would be much more refined than that. But I’d better not say too much about it or someone else will do it first!

Your friendship with Mati Klarwein inspired the name of your new record label. Did it make any direct input into Listening To Pictures?

Flocks of goats roamed in the hills [near Klarwein’s house on Majorca], each one with a slightly different neck bell. One balmy summer midnight in 1995 when I was staying there, I stayed awake to record the floating, constantly changing “gamelan” that enters in the distant background of [the track] ‘Pastorale Vassant’. When I was asked to say something about the piece recently, I listened again and, sure enough, Twittering Machine, the title of a Paul Klee painting popped into my mind. Although I knew his work for years and his Pedagogical Sketchbook was in my library, the “twittering “ title was what stuck to me and I had only a vague memory of the painting. But when I looked at the painting while listening I was amazed at how they reflected off one another in a kind of unintended “tone painting” way, where the picture sounds like the music and vice versa.

Listening To Pictures is subtitled Pentimento Volume One. Is the next volume in the can?

Almost. We had over an hour’s worth of music and somebody had the idea, we’re in a world of shortened attention spans, so why don’t we break it up into two? I’m still doing adjustments to what will be in the second volume. I’m responding to the first volume and thinking what I would like to hear next, what would represent an extension and/or a continuation of it.

Jon Hassell’s Listening To Pictures (Pentimento Volume One) is out now on Ndeya Records.