“There are very few real artists in this genre”: Jeff Mills on how Sci-fi can take club music to new realms

In a provocative and rigorous new interview, Jeff Mills challenges the artistic apathy in the world’s DJ booths and suggests the sci-fi influences behind new project Close Encounters Of The Fourth Kind could reinvigorate a dance music scene that remains stuck in the thrall of the Paradise Garage.

Detroit techno grandmaster Jeff Mills is no stranger to conceptual work. From his many fusions of techno and classical through to new soundtracks for early science fiction movies, the Motor City ambassador has long sought to weave a message into his music, often looking to the stars as a source of inspiration. In 2015 he even sacrificed his oldest 909 to turn it into a UFO-styled object called The Visitor. Original plans for the one-of-a-kind drum machine were to fit it with drone capabilities so that it could fly over the crowd – if anyone is seeking to bring the extra terrestrial experience to dancers here on Earth, it’s Mills.

One of his (many) latest projects is no different. Close Encounters Of The Fourth Kind is a collaboration with Guillaume Marmin that seeks to immerse the audience in an audio-visual experience that asks how humanity would react if an alien life form presented itself to us. Like all great science fiction, the performance is as much about life here on Earth as any celestial concerns, and using all manner of audio and visual production he hopes to give the audience a show that raises questions beyond the hedonistic formula of the average night out dancing to techno.

“Close Encounters tells of a situation where we don’t discover ‘it’, ‘it’ discovers us,” explains Mills. “Humans think that we are intelligent and technology savvy enough that we would be able to detect something out there, but it’s probably more likely that we will be detected first by something else, if there is intelligent life out there, which I’m sure there is. And when that happens what do we do? Do we submit ourselves to engage this thing or do we become defiant and try to have control of the situation? My hunch is that we will do the latter.”

Catching up with Mills in late May in Paris between his ever-busy gigging schedule, Close Encounters has already debuted outside Paris, with a follow-up performance scheduled for June 2 at AVA Festival in Belfast. He was pleased with the crowd’s response at the show’s first airing, which took place at a one-off event in a space that allowed the production to fully tease the audience’s senses with a combination of electronic and techno motifs as well as classical elements – a fusion that typifies much of Mills’ contemporary work.

His initial idea for the project came from a story told by a friend, about two astronauts on a space shuttle mission that were arguing for the entire trip. Despite the great technical feat, knowledge required and the surely humbling experience of seeing the Earth from space, petty personality differences can still reduce human beings to a petulant, ego-driven animal.

Mills draws parallels between this idea and the current political landscape. When Brexit and Trump are but two examples of a rise in nationalist thinking in parts of the Western world, the treatment of refugees and immigrants doesn’t bode well for how the powers that be might greet “aliens” from further afield. In the disorientating, multi-sensory impact of Close Encounters, Mills aims to give the audience the opportunity to explore their own responses to the unknown.

“It’s my intention to pull the subject into electronic music since [the genre] deals with the subject of futurism so much,” Mills states. “The idea is that you’re not going to have control over the night, and this music or this alien life form can do anything to you that it wishes to do, so what do you do? You become submissive or you try to resist it… or you come up and you tell me you want to hear The Bells.” 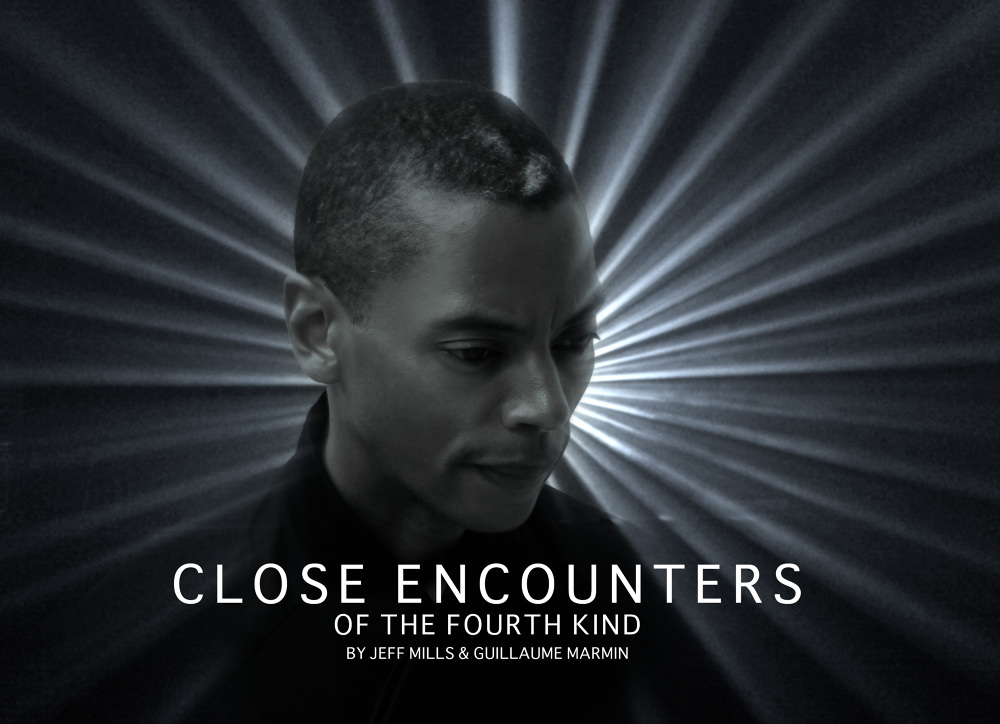 Having a high-concept purpose behind Close Encounters is not a new phenomenon for Mills, but it does stand in stark opposition to the non-specific, hedonistic nature of most techno and other dance music events. While he may be investing his energy into alternative projects, he still remains a regular fixture on the international techno event circuit, but the need for change is something on which he has much to say.

“We present music too much in the same perspect,” he declares about the contemporary clubbing format. “The scenario is always very festive, positive, but life isn’t like that. I don’t know a single person that wakes up every day happy and all problems are solved. Partying and dancing is about escaping, but there are many different ways to escape. We do ourselves an injustice to think that dance music and electronic music is only being played for this particular reason all the time.”

It’s hard to disagree with his point – it could be argued that the global upsurge in electronic music events has seen a once intimate and furtive culture inflated to accommodate large scale festivals and superclubs where, quite often, the experience can be strikingly similar. It’s no bad thing if more people are hearing the music, but in the face of homogenised events from country to country one wonders what could be achieved with all these attentive ears and ample production budgets.

“For decades the people have shown that they are open, and they have a large amount of patience and a large amount of respect for DJs and what they do,” Mills declares. “We don’t question ourselves enough if what we’re doing is the most interesting thing that we can present to an audience. They do it in film, they do it in science fiction, but in music we just stay with Studio 54 and the Paradise Garage. I think we’ve done the therapy thing enough, making music to massage the atmosphere and to make people feel open.”

It’s worth pointing out that Mills isn’t singling himself out as an arbiter of progressive thinking in the techno world, but rather a concerned citizen. The topic of conversation inspires a passionate response for a man who has rarely been far from a DJ booth since the 1980s. You’d forgive him for edging towards indifference after this long in the game – he is one of those ubiquitous names you see on festival line-ups throughout the summer, working the circuit like so many others. With such a schedule, not every gig can be a considered booking with a line-up that results in a cohesive creative statement for the audience. Mills readily admits his role within this cavalcade. 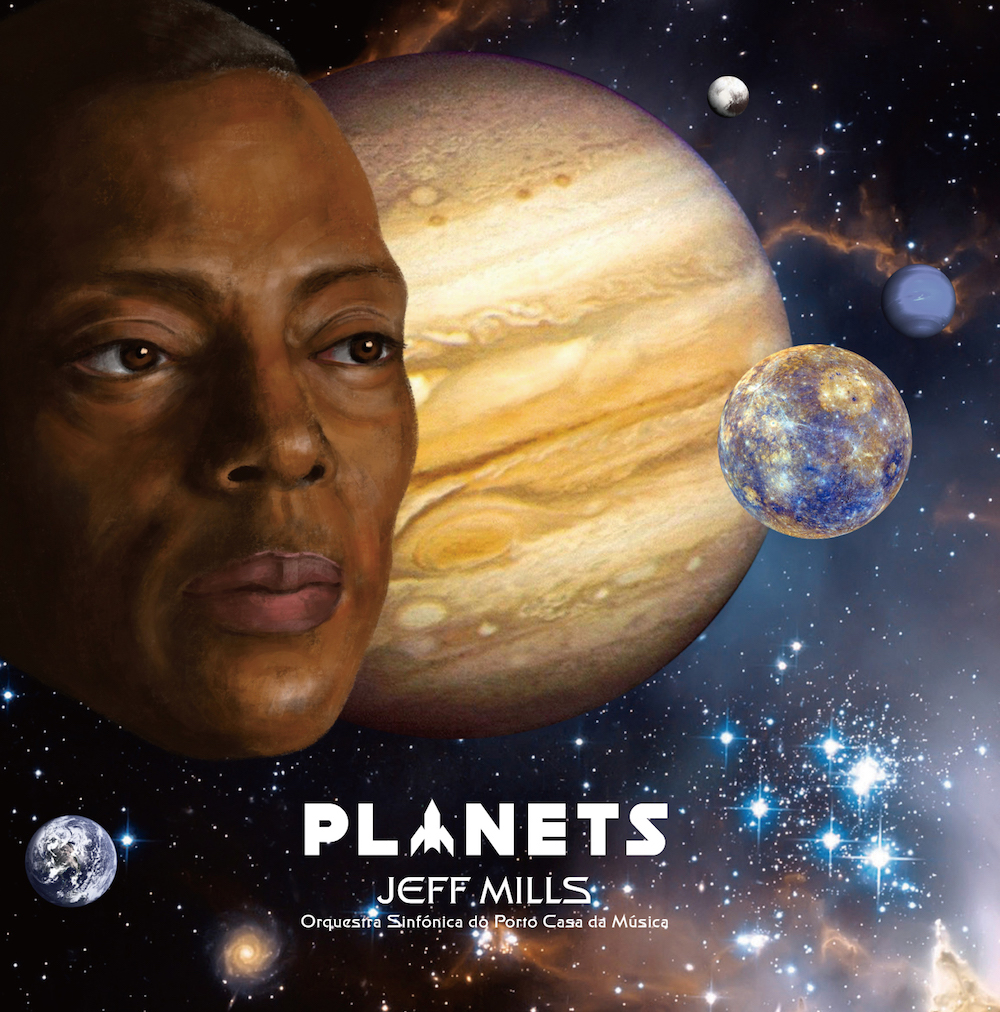 “Maybe it’s the case that DJs and producers only really think about the space around us,” he muses. “In other words, a DJ is only concerned about what he or she is going to do in their slot between the times of 2am and 4am and what happens to the people the other times of the night is really somebody else’s concern.

“If there were a concept about the night where each DJ had to play a role and there was a plot and an idea, then we probably would not feel that way,” he adds by way of suggestion. “It would require you to be more involved in the presentation for the audience.”

Largely though Mills considers many practitioners within the techno field to be lacking in the desire, knowledge or experience to deal with ideas and inspiration beyond the base pleasures of beat-driven escapism. “I see that there are very few real artists, or artist thinking people in this genre,” he argues, “or they aren’t coming forward with ideas and trying to press these ideas on the promoters to make these things happen.”

Whether that’s true or not is debatable – with the aforementioned upsurge of electronic music worldwide comes an increasingly complex network of locally active artists, small-scale events, boutique labels and micro scenes that naturally foster all manner of creative expression, from the brilliant to the banal. However, you can understand how, from the perspective of a DJ that has regularly played to crowds of thousands for decades, there is a sense of so many missed opportunities to have a more profound social impact beyond a fun night out.

“I know I may get a lot of backlash from saying these types of things,” Mills concedes, “but I’ve been standing in these clubs watching people for a very long time so I have reason to be concerned that the music is moving, not just in one direction but many different directions. There are many different types of people with ideas and dreams about what this music can do, so I welcome the criticism, I welcome the debate. I hope that people read this and it makes them think about what we’re doing every weekend, and how we can do that in different ways.

“And no,” he adds firmly. “If anyone should ask if I believe that I’m doing the best that I can do, then the answer is no. And this is why I’m constantly working on many different projects and I’m constantly releasing things, because I’m trying to open up some kind of way that other people can speak upon it, and that we can possibly create something new and different.”