How Technics SL-1200 became the world’s most popular turntable 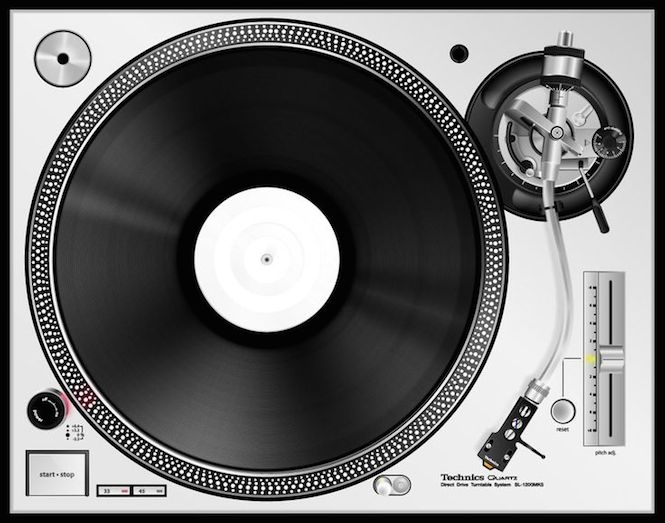 Our tech guru Paul Rigby looks into what made the SL-1200s so special in the first place.

You’ve probably heard all about it by now. Panasonic has announced that it will reinvest in its Technics turntables series once more. The announcement took place at the recent IFA technology fair in Berlin. The company promises to retain the ‘look’ while updating the technology: what that means in actuality is anyone’s guess. The prototype on view is a piece of metal with a platter stuck on it with Blu-Tack. Will the new turntable receive the all important ‘1200/10’ model tag? If not, what? The 1220 or maybe 1300, perhaps?

But you know what? None of this surprises me. I walked, rather stunned, into the Technics room in last February’s Sound & Vision 2015 hi-fi show in Bristol, and interviewed members of the European office about their new range of 2-channel audio. Everything was there: CD player, digital player, power amp, speakers and more but no turntable, which got tongues wagging even then.

The fact that the media was excited that Technics even had a room and were more excited that a turntable was not there, says everything about this new relaunch which has caused defibrillators, nationwide, to be plugged into handy USB chargers.

All this fuss for a direct drive turntable that’s been knocking around since 1972. Considering its current reputation and iconic status as a DJ tool of choice, it’s ironic that the early 1200 was initially designed and used as a home hi-fi item.

So why was the 1200 adopted in the first place? Probably because it was there. That is, it was the DJ turntable on tap before modern DJ turntables were even invented.

There’s more to it, of course. Way back in those early DJ days, general purpose turntables were plentiful. Why pick on that particular Technics model? That direct drive motor helped a lot. In fact, rigged up correctly, the high torque on a 1200’s deck would beat all comers in a series of arm wrestling matches. As such, this motor screamed ‘Scratch me!’ (in a nice way, of course).

More than that, the quartz-enhancement of the motor allowed you to press your finger along the platter to slow it down. That, in itself, was no big deal. The fact that the Technics then sprang almost instantaneously to its original speed was impressive. That it did so without any sense of overshooting or speed variation was just what the doctor ordered. In fact, you could perform that action all day and the Technics wouldn’t complain. Unlike your parent’s turntable… and you parents. Then there was the build quality. The 1200 was constructed in the same manner that the Soviets built their T-34 tanks in WW2: fast and response engines with a chassis that would deflect a 75mm armour piercing shell (I’ve been to some lively club nights, I can tell you). Associated with the latter is its durability. After all, a DJ’s life is nomadic and involves entering territories that are not necessarily that sort of place you’d see Donald Trump (unless your Technics is gold-plated, of course, then Trump would want to live in it). So, you really want to be taking a deck with you that can take a few knocks and not crumble like a prawn cracker.

Then there’s the day that you fall out of love with the thing and want to get rid of it as soon as possible to either, ‘upgrade’ (eh?), change jobs or eat. When that day comes, you don’t want your major investment to be worth diddley squat. Chances are, though, that your Technics would have even maintained or even risen in value during the time that you owned it. So, a high re-sale value was a useful thing.

The tools it carried and its performance related to the outside world were good too. That pitch control was super responsive, damping was top notch as was its feedback resistance. And if the tools or other parts of the deck decided to fall over and die a death because they had been struck against the wall 25 times by a drunken DJ whose mix didn’t quite work out the way that he expected it then the Internet was packed to the gills with advice and spare parts.

There was something else, too. It was organic. Personal, even. You got to know the Technics intimately. Using it encouraged little movements of the wrist here, a nudge there… Digital kit is dry and asks you to push buttons. Using a 1200 was like playing a guitar. Using it in front of a live crowd told them everything they wanted to know about you, your personality and your style. Now that’s what I call a connection with your audience.