Gallery: The rise and fall of the pocket record, music’s attempt at portable vinyl 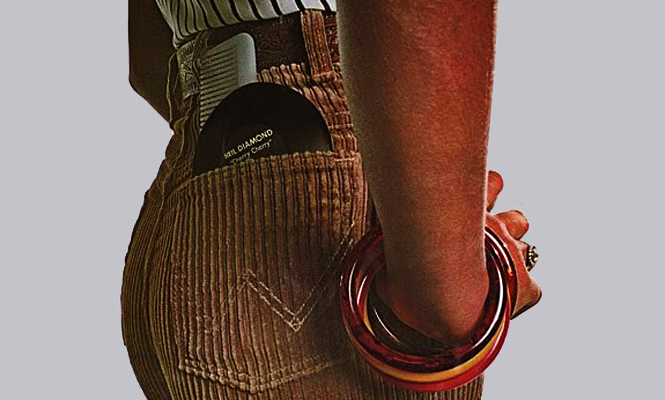 As we discovered in our interactive timeline, the evolution of physical music formats has always tended towards the portable.

Yet no-one ever managed to crack the portable vinyl record. Thankfully it was not for want of trying. Let us take you back to a simpler time when cars had record players built into their dashboards and the future of music was dependent on how flexible you could make your vinyl. Introduced in the mid ’50s, Chrysler’s automobile record player (which took special 7″ discs that revolve at 16 2/3 rpm) was struggling to catch on. As you can imagine, it simply wasn’t that practical to have rigid 7″s floating free in the glove compartment. So up stepped Philco, a division of the Ford Motor group, to develop a smaller, bendier alternative. Launched in 1967 – 4″ in diameter, flexible and able to be played at 45rpm – the Hip Pocket Record was born.

With Atlantic, Mercury and Roulette on board, the one-sided Hip Pocket Records contained two Top 40 tracks and cost 69 cent at Woolworth from the likes of Otis Redding, Van Morrison and Aretha Franklin. They were marketed as more durable than regular 45s, but unsurprisingly this was not the case, with a typical Pocket Record deteriorating in quality after a dozen or so plays. This wasn’t the only problem for the Hip Pocket brand, with rival manufacturer the Americom Company’s Pocket Disc series offering a cheaper, more accessible alternative (available at vending machines around the country). They also managed to strike a deal with Apple Records’ to get a number of Beatles hits pressed to Pocket Disc. For Beatles fanatics, these Pocket Discs are now potentially worth upwards of £200.

This was, in part, due to the fleeting nature of their popularity. By 1969, the development of the compact cassette and ultimately the Sony Walkman put pay to the pocket-sized flexi-disc and its short-lived dream of a portable vinyl for the world. Now no more than a footnote in the history of music, these little oddities and their amusing advertising campaigns do have a certain naïve charm, and we’ve compiled the best of them into a bite-size gallery below. The evolution of physical music formats - an interactive timeline