Traversing from afrobeat and dark synths to experimental sound sculptures and an obligatory nod to Yello.

Since then, he’s consistently released tracks that, while always firmly facing the dance floor, have also been a window into hitherto unknown scenes and genres – whether via his own edits and productions, as on recent 12″s Alysha and Ghost Station, or through mixes and DJ sets. 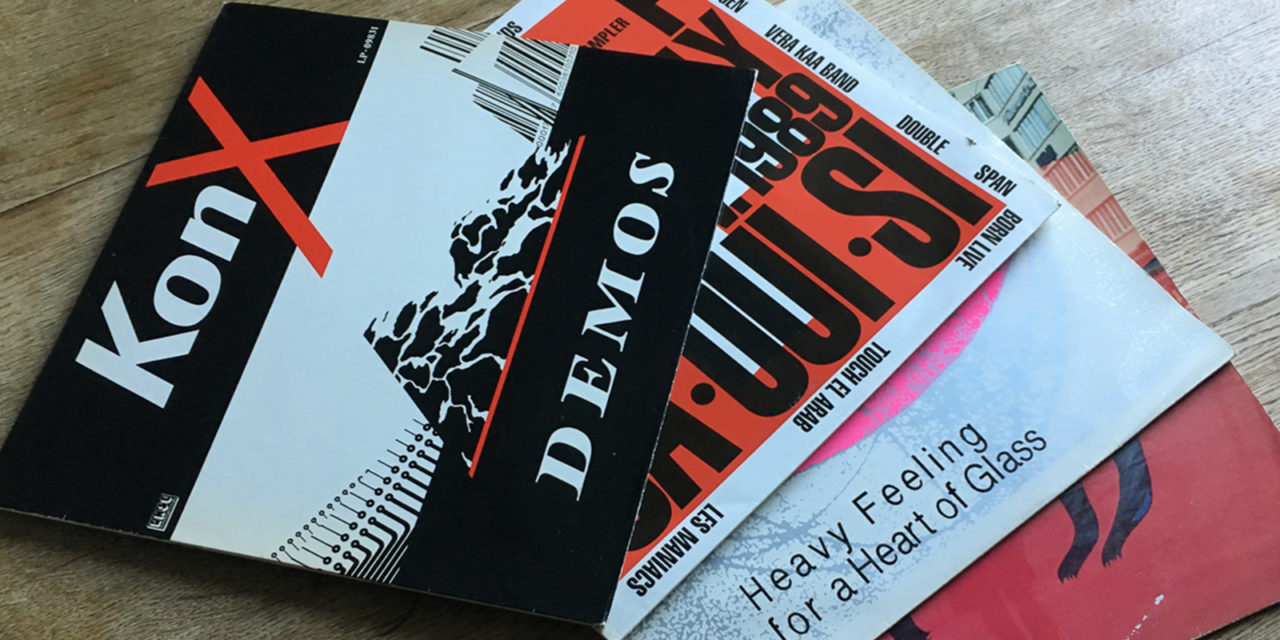 When asked what he’s been hunting for recently, Aslan shared:

“I think one of the most fun parts of digging is that you can start with an idea, or a territory, and just get lost in it.

Because of my Turkish heritage most people assume that I’m from Turkey, but actually I was born and raised in Basel, Switzerland. I was exposed to music from Switzerland for quite some time and collected some records now and then, but I never put a conscious research into it.

It all came together just recently when I discovered some lesser known records, which got me really interested in Swiss music and doing this mix.”

“The beginning of the ’80s was a crucial time in music thanks to the emergence of electronic instruments. So it’s particularly interesting to see, especially in a small place like Switzerland, how this creatively took shape. For a country with a relatively small music industry, people seemed to be free to experiment and create new worlds.”

What follows in Aslan’s Everything Comes from the Mountains mix is a 19-track journey through little known Swiss electronics, which traverses from afrobeat and dark synths to experimental sound sculptures and an obligatory nod to Yello.

Listen to the mix above, check out the cover art and find out more about each of the tracks below. 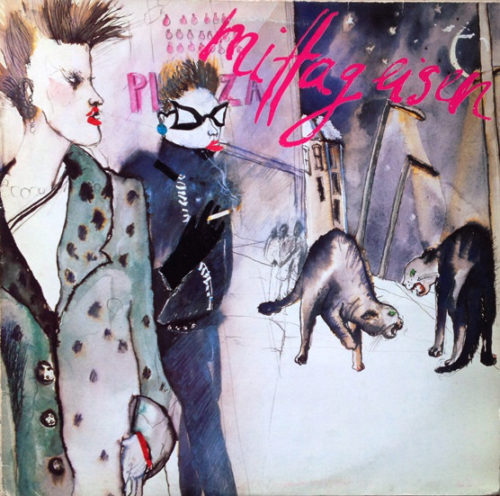 Mittageisen
‘Der Anfang’
Mittageisen
Luna-LB-Musik, 1983)
I found this Mittageisen record a few years ago in Zurich at the RecRec Shop, without actually knowing anything about the band. They seem to be from Luzern – Luzern is great. I liked the cover a lot as well. This track is my favourite from the album. 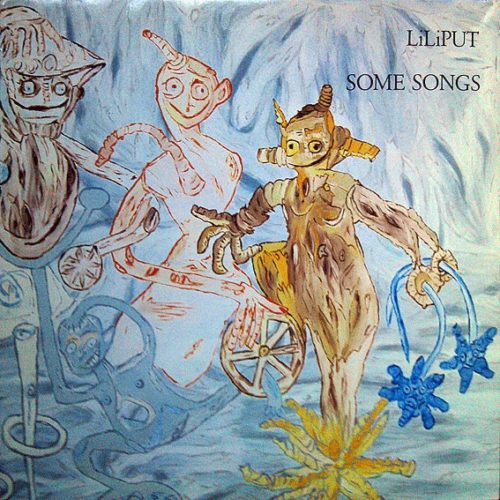 Liliput
‘Boatsong (Mehmet Aslan Edit)’
Some Songs
(Rough Trade, 1983)
I´ve extended some parts of the track for this mix, because I think the melody and the bassline could play forever, it’s really a song to get lost in. I love the weird clicks and percussive elements playing throughout too. 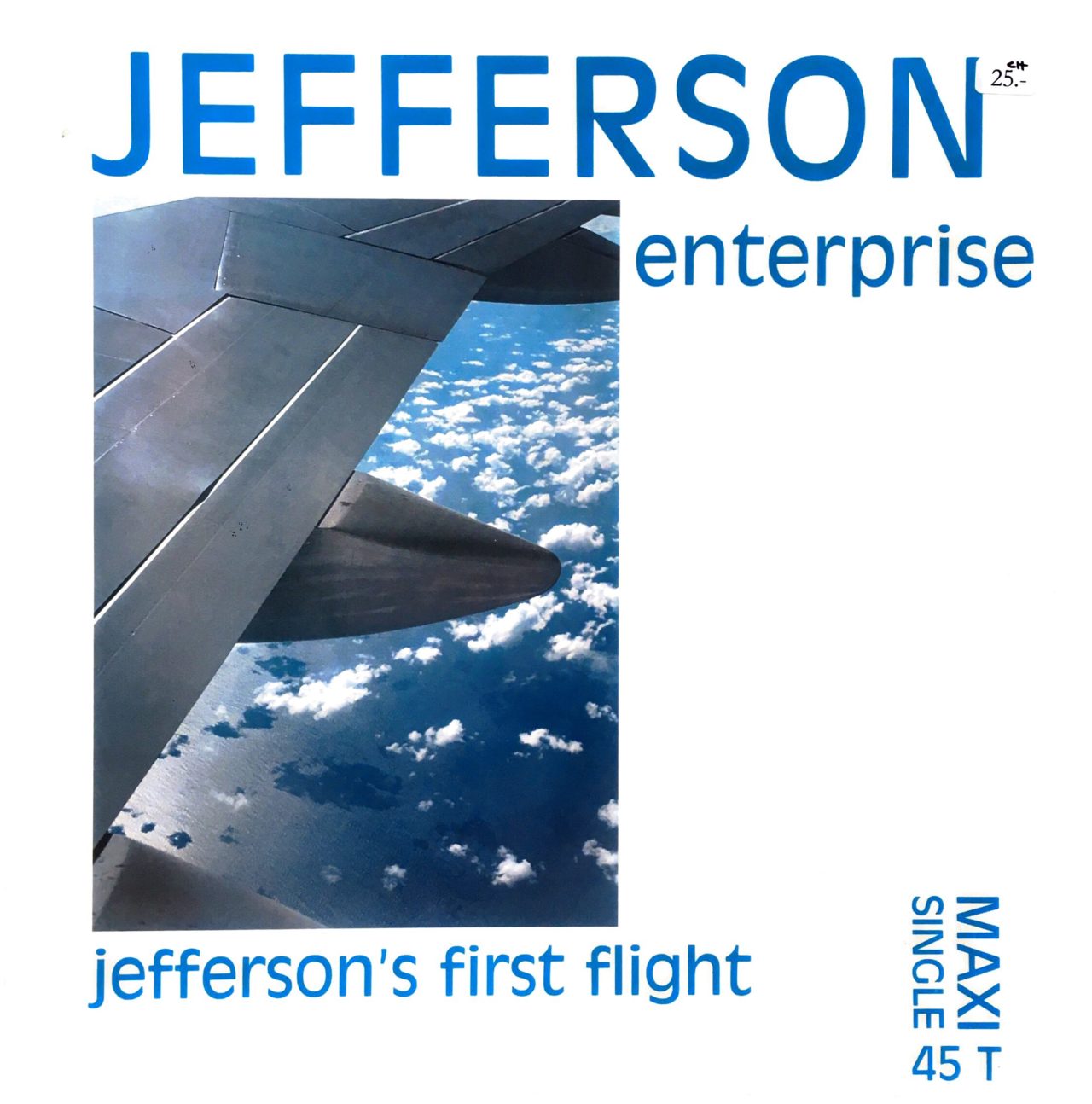 Jefferson Enterprise
‘Digital Rhythm Machines’
Jefferson´s First Flight
(Unknown, 1987)
Some simple and effective drum computer action. Found this recently at 16 Tons in Zürich, and there is not much information about it, only that the album was recorded around 1987. 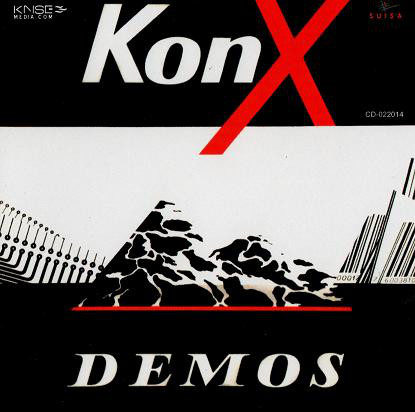 KonX
‘Dark Towns’
Demos
(KNSE International, 1983)
Super weird, little known album of Afrobeat in Switzerland in 1983, and some dark synths on top. I’ve only played the first part of the song, it actually changes almost completely in the middle. I’ll come back to this album later… 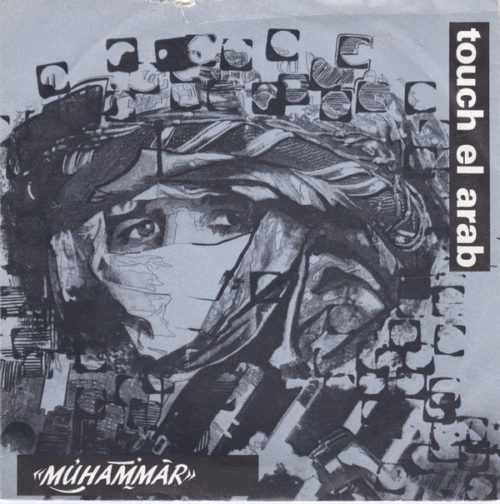 Touch el Arab
‘Muhammar’
Muhammar
Lux Noise, 1987
This is actually quite a well-known record, you can find it in many second hand crates. It was probably one of my first discoveries of Swiss music. I kind of rediscovered it again because of the lyrics, which are odd. The band was formed in my hometown, Basel. 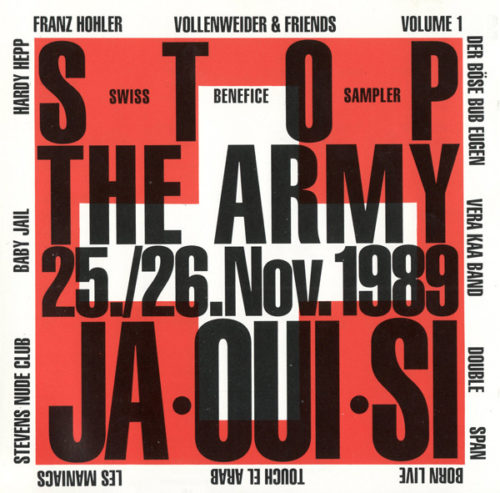 Born Live
‘The Day After’
Stop The Army 25./26.Nov.1989 Ja•Oui•Si (Volume 1)
(Not On Label, 1989)
Maybe more of an unusual song for this mix, but the track has stuck with me since I first heard it, so I had to play it. It’s a poetic comedy from an ‘against the army’ political record in 1989. I also like the cover. I found it at Plattfon in Basel when Michi Zaugg handed it to me. I cut the song when he says “the film is torn apart…” 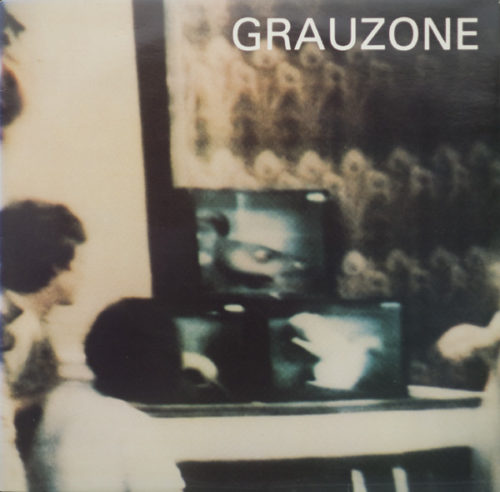 Grauzone
‘Film 2’
Grauzone
(Off Course Records, 1981)
I got this song from Cosmo Vitelli a while ago when we exchanged music. It could also almost be a techno record… The original is much faster, so I don’t know if this was recorded at 33rpm. It sounds better like this for me. 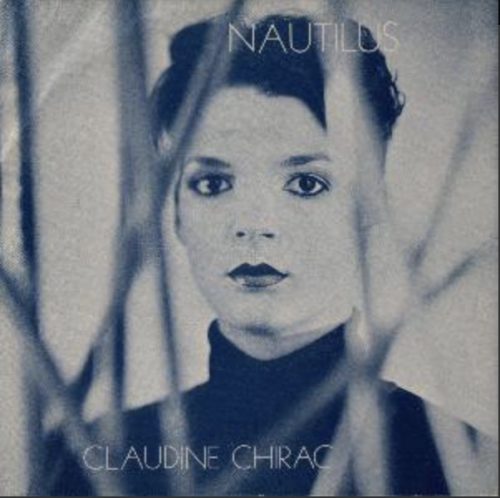 Claudine Chirac
‘Nautilus 1’
Nautilus
(Bambi Productions, 1983)
I have this track from the Swiss Wave Album 2, and probably listened to it 1,001 times in a row when I first heard it. The album is actually a recent discovery for me, but this song will forever be one of my favourites. 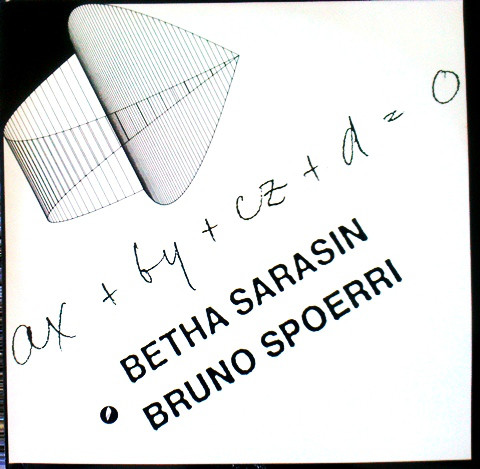 Bruno Spoerri, Betha Sarasin
‘Fragen an den Computer’
ax + by + cz + d = 0
(Meteor, 1983)
Oh man, 1983 again. I found this recently when I was looking for experimental Swiss music. While Bruno Spoerri has very interesting experimental projects from the early ’70s too, this is a standout from the ’80s for me – Swiss experimental sculpture music. I really like the spaciousness feeling the track has, especially when listening through the whole album.

KonX
‘Dark Towns’
Demos
(KNSE International, 1983)
KonX again! The other stand out track from the album for me… Again, what the hell is the theme in this? I don’t know, but it’s good. I found this track on a blog, and hesitated to get the album first, and then found it at 16 Tons in Zurich just after! I liked the encounter better that way. 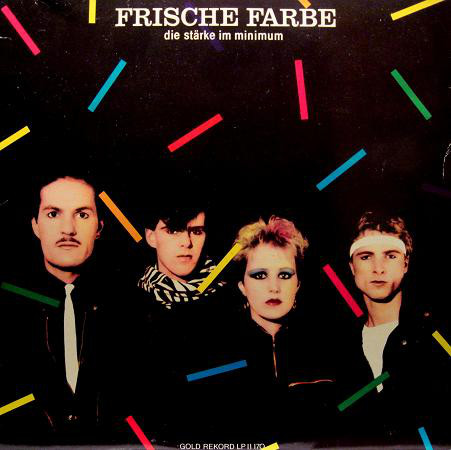 Frische Farbe / Fresh Color
‘Lass mich, ich will dich’
Die Stärke Im Minimum
(Gold Records, 1982)
I discovered this while I was looking for more Swiss wave. I liked how catchy this song is, and also how funny the lyrics are. An interesting fact: Dieter Meier belonged to this group in its early years, but does not appear here. 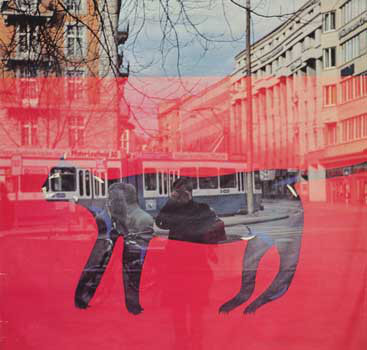 Dressed Up Animals
‘Ruined’
Dressed Up Animals
(Not On Label, 1983)
A bit of a lesser known, one-off-project, which I couldn’t find much information about. I liked the melancholic vibe, and the project name stuck with me. 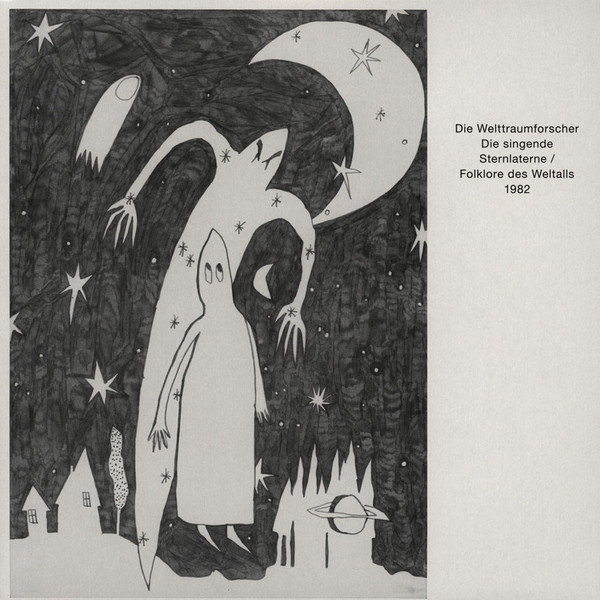 Die Welttraumforscher
‘Bettina in Neuenburg’
Die Singende Sternlaterne / Folklore Des Weltalls
(Planam, 1982)
A perfect example of how you can create your own worlds with imagination and creativity. I knew the record, but got this particular reissue in Basel at Plattfon Records recently. I liked Die Welttraumforscher’s description: “we are working for the next world.” Great artwork too. 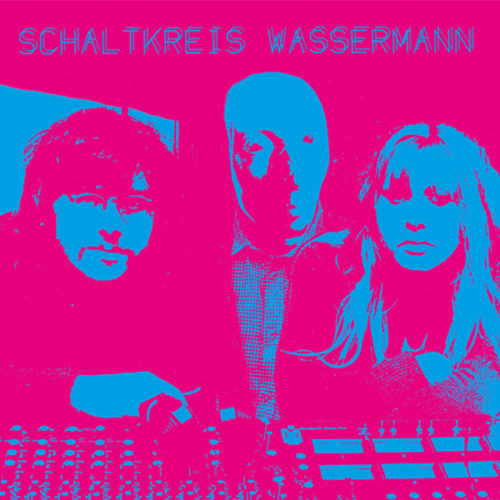 Schaltkreis Wassermann
‘Laser Drive’
Hyper Music
Recorded before 1982, released 2017
I also discovered PJ Wassermann through Michi Zaugg at Plattfon in Basel, where he hinted me at PJ’s project with In Flagranti. I liked these remastered versions of his early ’80s music because they are very own and unique. 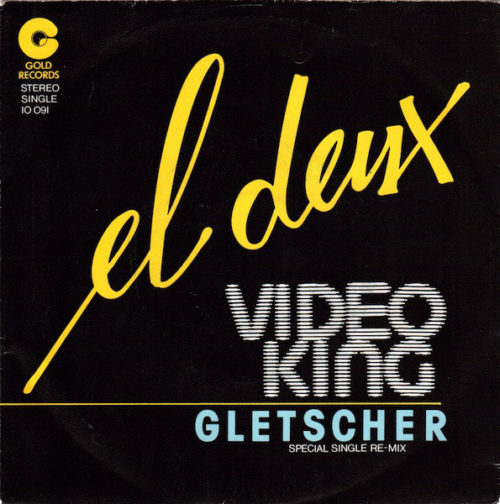 El Deux
‘Gletscher (Mehmet Aslan Edit)’
‘Video King’ / ‘Gletscher’
(Gold Records, 1984)
I’ve had the 7″ version of this song for quite some time now, and did an extended edit of it last year to play out, and people liked it. The guitars are so damn cheesy that it’s just good again – there is some real power in this. 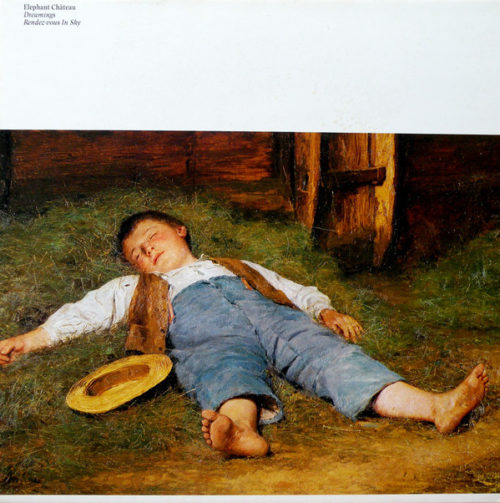 Elephant Cheateau
‘Dreamings’
Dreamings
(Halb Tanz Halb Schlaf, 1988)
The existence of this record itself is a mystery for me. Why did they do it? What were they thinking? I like to imagine their faces in the studio as they were mixing this down… Thanks to Ozan from Arkaoda Berlin for helping me discover this one. 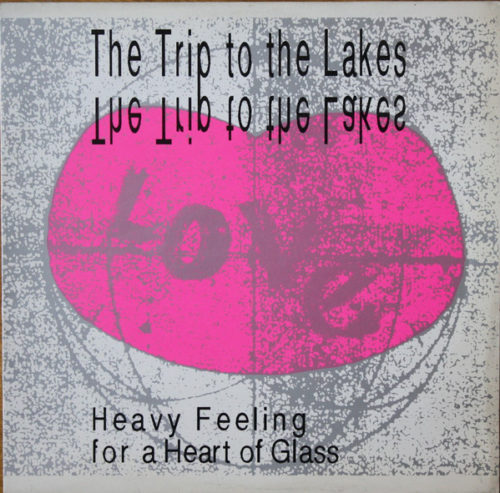 The Trip To The Lakes
‘Heavy Feeling’
‘For A Heart Of Glass’ / ‘Heavy Feeling’
Hallelujah
1988
Yeah man, Hallelujah. I discovered this at 16 Tons Zurich too, and it was a pure moment of joy. Then I found out it is Carlos Peron’s project, formerly of Yello, and you can hear it here. Vocals in this are by Betha Sarasin. 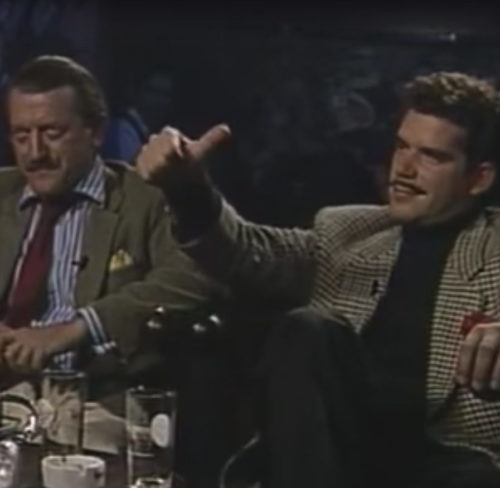 This is a Swiss mix without Yello, but I wanted to have something from them and found an interview from the ’80s. I liked this part where they are talking about what it’s like to be making music in a place like Switzerland, and their thoughts about the creative process. 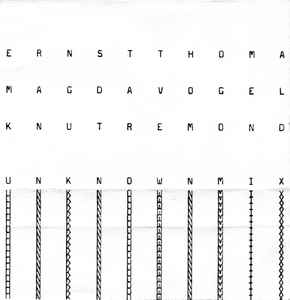 It seems people rediscovered UnknownmiX through their Mix3 album, which is a great one. But, I also like this avant garde style of song they made, because it peeks into their madness.