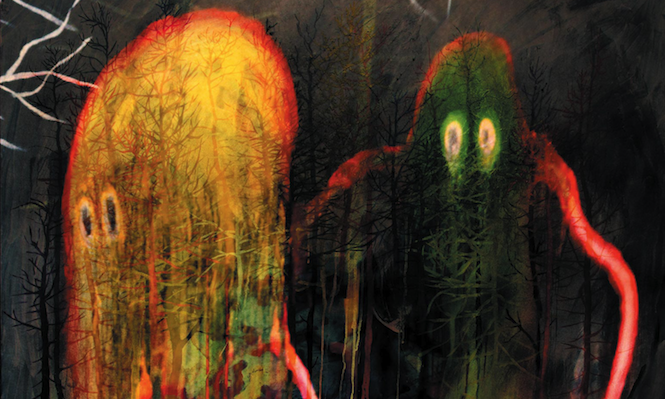 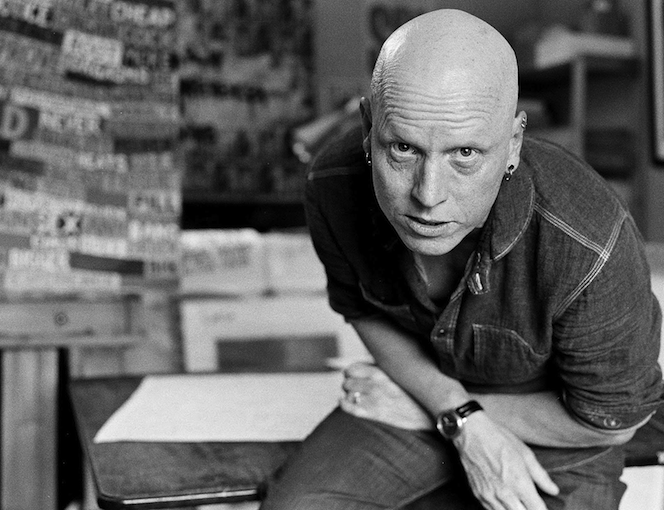 Long-time Radiohead collaborator Stanley Donwood has been instrumental in shaping the band’s visual identity for over 20 years. We spoke to him about working with Radiohead and look back over some of his most iconic record sleeves.

Ever since he was invited by college pal Thom Yorke to put together a cover for the band’s second album The Bends, Stanley Donwood has been the face of Radiohead, translating their unique brand of beautiful anxiety into a catalogue of record sleeves that, seen together, form a coherent and progressive body of work.

Design for Thom Yorke’s Atoms For Peace debut aside, one of Donwood’s most significant recent contributions to the Radiohead canon was on their 2011 album The King Of Limbs, which was informed by the artists’s fascination with holloways – orchard canopies that arch to create a natural tunnel. Such is the connection between Donwood’s artwork and the music itself, that he describes the album as “an overarching canopy of detail”, where the interplay of light and shadow creates a cocoon-like enclosure; or in more grandiose terms “a cathedral of sound”. 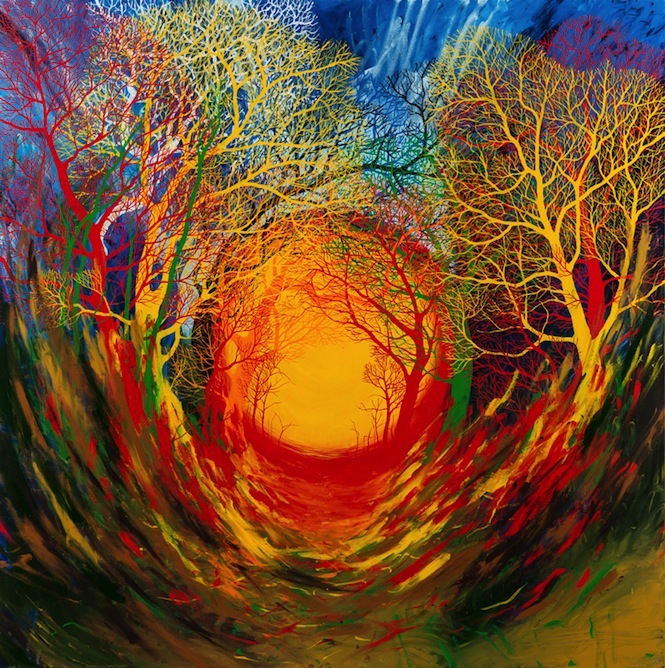 Long gone are the images of urban isolation that defined OK Computer and the landfill of contemporary paranoia on Hail To The Thief; here Donwood articulates the music through the elemental coming together of man and nature; as tracks with titles like “Bloom”, “Morning Mr Magpie” and “Lotus Flower” reflect. Gathering experience first hand for the series that would form the eventual record cover, the characters that drift from the trees on TKOL are spectres that danced through Donwood’s imagination as he lay beneath the pagan canopies of South Dorset. So central to the music is this theme that the album even takes its name from the majestic, millennial oak of Wiltshire’s Savernake Forest.

Alongside his work on TKOL, Donwood developed a series of prints for his Faber-published book Holloway in 2013, which completed an accompanying exhibition at London’s Outsider’s Gallery.

We spoke to Donwood about his current body of work and where it fits in to a career spent visualising one of the most popular and influential bands of the last twenty years.

The research process for these arboreal works seems very immersive, given that you actually spent a night under a holloway canopy. Why was it so important to experience the physical environment yourself and is that how you’ve always approached your work?

That’s a kind of Catch-22… Did I spend more time sleeping in the forests because of the work on The King of Limbs, or did the work on the record evolve as it did because I spent so much time sleeping in the woods? And the Holloway book only came into being because of a journey to the holloway with the express aim of sleeping in it. Really, I’d have to say that the exploration of the natural world in the form of forests and holloways directed the work that followed it, and even the work that preceded it was altered and transformed by experience. I hasten to add that I absolutely do not draw from life. The artwork is most definitely the result of visual stimuli filtered and processed by memory. 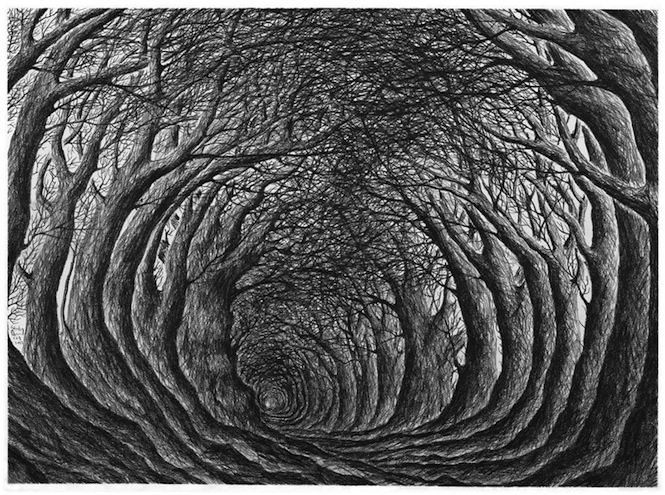 Talking about the paintings for The King Of Limbs you mentioned the sense of an “overarching canopy of detail” in the music. Has your work on previous covers also been guided by a mood you’ve pinpointed in the music itself?

Everything that I’ve done with Radiohead has been the result of listening to their music from an early stage in the recording process. Even with The Bends, when I had no idea what the fuck I was doing, I remember being in recording studios listening to arguments about how the track should sound. 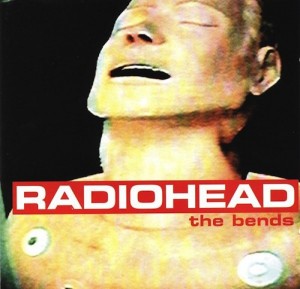 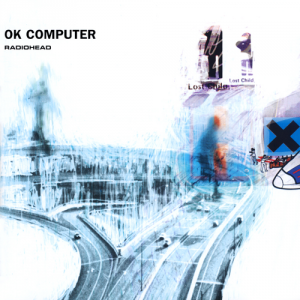 I would find it hard to imagine being given a finished record and then attempting to produce a cover, although I imagine that’s what happens in most cases. They take a keen interest in how the artwork develops, which is pretty extraordinary, really, given how intense the recording process can be, over the course of a couple of years. I hope that the different moods and musical direction in the different records is adequately expressed in the artwork. 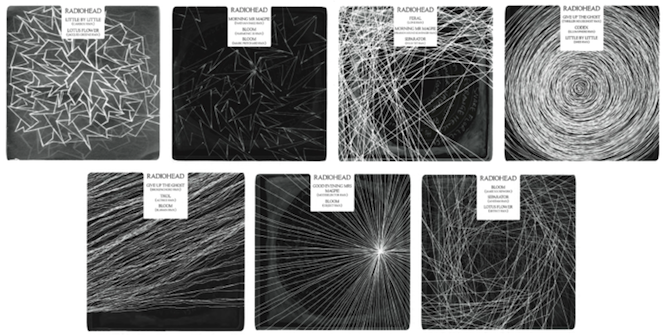 There’s also a sense of continuity with TKOL remix covers – were they also taken from the same body of work?

The TKOL remix covers were essentially weird doodling meditations that were done at the same time as the main body of work for The King of Limbs. I do a lot of doodling; it’s generally an almost despised artform, probably because it comes naturally to everyone and most people associate it with getting a bollocking at school for fucking up the pristine look of schoolbooks. 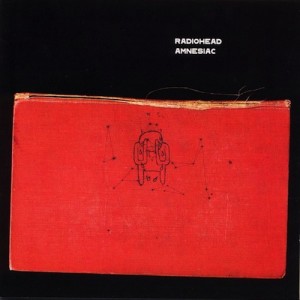 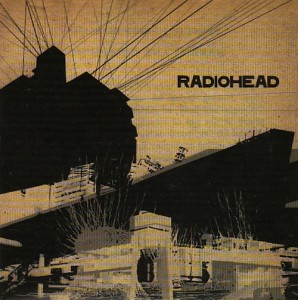 Speaking of doodling on books reminds me very much of the Amnesiac cover which, like TKOL, also shows you incorporating characters into your work. Where did the idea to use the two ethereal figures for TKOL cover artwork come from?

This was from the idea that the creatures that inhabit the forests of the mind are not necessarily malevolent. When you’re lost, alone in the forest, it’s utterly terrifying. But why? For me, the idea of being alone is really unpleasant, especially at night. Every sound seems laden with dreadful possibility. But this is an atavistic response from an urban-dwelling human who spends his life in box-like rooms illuminated by electric light. There’s no real reason, not now, not in England at least, to feel the level of terror that I – that most people – feel. So we were trying to paint creatures that were unthreatening, that were just sort of spooky or even friendly. 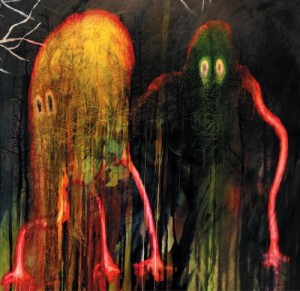 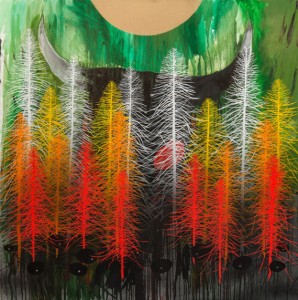 How has your approach to cover artwork changed since you first began working with Radiohead? Are there some covers which you are more fond of than others?

Um, well, hopefully I’ve changed. I wouldn’t like to be the person I was a couple of decades ago, and by the same token I would hope that my artwork in general has changed too. I don’t think, though, that I can claim to have an ‘approach’ to making art that I could describe. I don’t really think about art, I think about a lot of other stuff instead.

And it’s also hard to choose artwork that I like more! It might be easier to choose work that I hate more, but generally I’ve trashed that so I don’t have to look at it. I like all of the covers that I’ve done; otherwise I wouldn’t have used them as covers… although I do have a particular fondness for the back cover of Kid A. 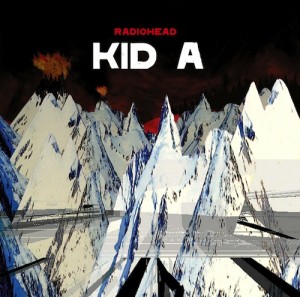 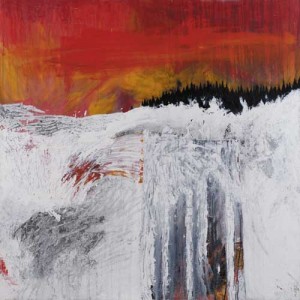 Stanley Donwood’s show, Far Away is Close at Hand in Images of Elsewhere, will run from September 20 until October 19, and you can visit theoutsiders.net for more info. Find out more about Stanley Donwood on his website www.slowlydownward.com.