“It’s about taking responsibility for our future”: How Brazil is reclaiming its record culture

Brazil has long been something of a promised land for the world’s adventurous collectors, reissue labels and DJs. So vast and varied is its musical heritage that decades after Madlib first went to Brazil, it’s clear they’ve hardly scratched the surface. But with foreign buyers and increased demand pushing prices beyond the reach of most Brazilians, the country has reached something of a crisis point in relation to its records. With new pressing plant Vinil Brasil now open in São Paulo and local labels rescuing music from beyond the European experience, Russ Slater investigates how Brazilians are staking a claim to their own music once again.

“I like to call it the Big Dig,” says Cut Chemist in an interview with Fuse in 2012. “We bought and bought and bought, in fact [it was the] most amount of records I ever bought in one trip… I think we turned that country upside down.” The country he was talking about was Brazil and the dig happened in 2002 when he and a group of some of US hip-hop’s most revered DJs – J Rocc, Madlib, Egon and Baboo – made the trip in order to work on a documentary called Brasilintime. “We were looking for Brazilian hip-hop, Brazilian random rap, Brazilian funk, Brazilian psychedelic rock – which was the big thing”, he continues.

“I remember when we found Boogaloo Combo’s ‘Hot Pants Road’ we thought we’d struck gold… and [it was] relatively cheap. Man, I went back there a few years later and it’s like everybody’s a record expert, all the prices went through the roof. We kinda shot ourselves in the foot ya know by going round every store and being like ‘this is what we’re looking for’… They’re really quick to know what your taste is if there’s a dollar amount attached to it.”

When Cut Chemist and his crew had travelled to Brazil it’s fair to say that its love for vinyl was at an all-time low. The format had been dismissed by the major labels in the mid-’90s in favour of CDs, and there wasn’t a single place in the country where you could manufacture records. A pressing plant called Polysom would open up in the late ’90s, but until it was bought out in the late ’00s, it was mainly devoted to the booming evangelical market. Add to this the fact that DJs and record collectors had been travelling to Brazil from around the world – mainly from the US, UK and Japan – throughout the ’80s and ’90s buying up as much original Brazilian jazz, bossa nova, rare groove and psych as they could find, and by the new millennium you had a situation in Brazil where there was no new vinyl and they had lost a huge chunk of its classics. For a country that’s as proud of its musical traditions as Brazil, it was clear that something needed to change.

The first step in the right direction arrived when Rio de Janeiro-based Polysom was bought out by the independent label Deckdisc in 2009 and started a new series, Classics in Vinyl. Suddenly, landmark yet hard-to-acquire albums by Jorge Ben, Secos e Molhados, Tom Zé and Chico Science e Nação Zumbi were available on vinyl again, with their 180gm records ensuring the quality was even better than the first time around. Then, just last year Vinil Brasil opened its doors in São Paulo.

Here was a company born out of the city’s DIY music scene that wasn’t primarily interested in making money. They wanted to make sure that artists in the city, in the country, and even throughout Latin America had somewhere they could press their music on to vinyl that wouldn’t cost an arm and a leg. Astonishingly for such a musical-rich continent, Mexico, Argentina and Brazil are the only countries in the region with pressing plants. 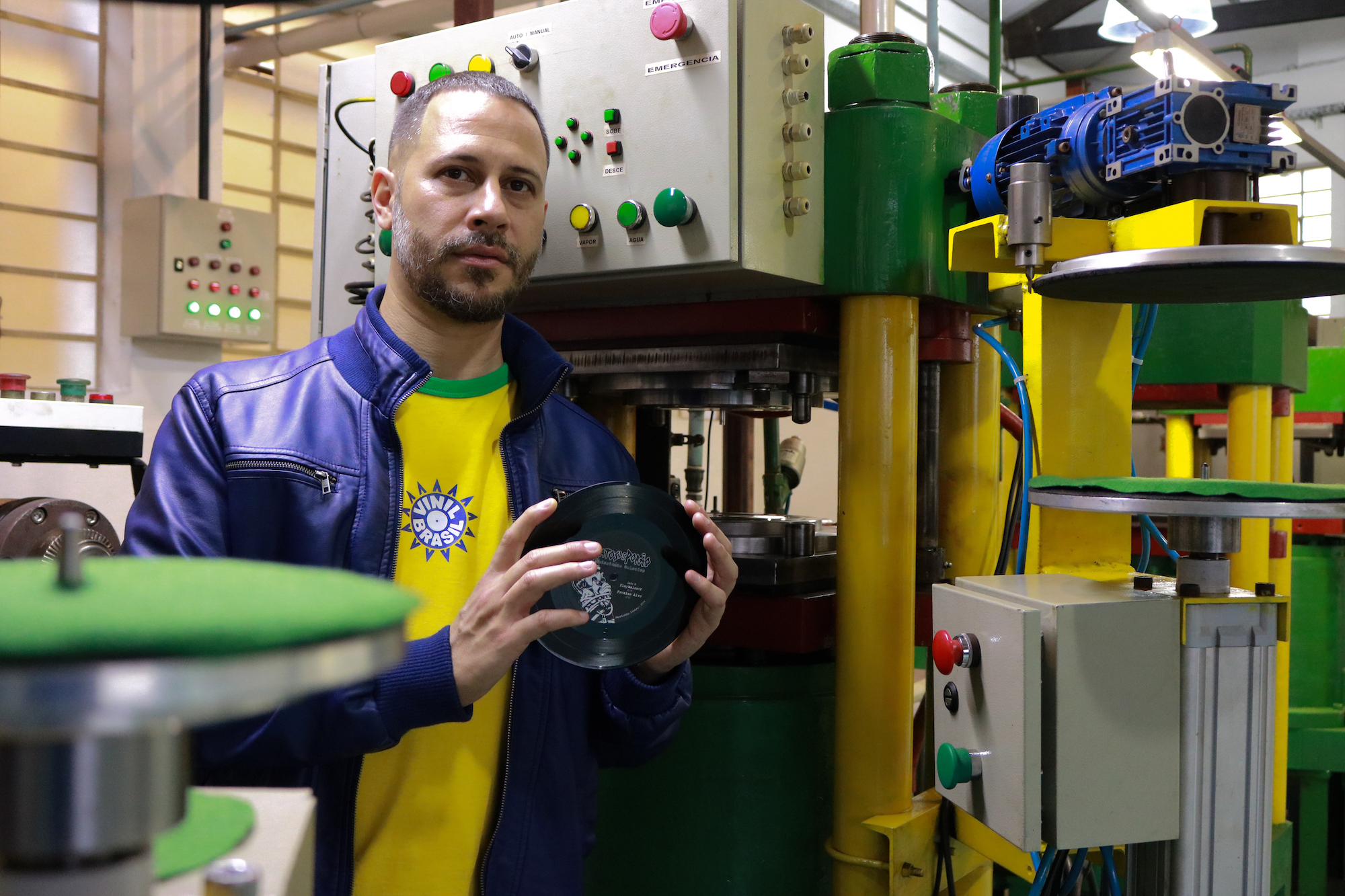 Michel Nath provided the impulse for Vinil Brasil after the experience of getting his record, Solarsoul, pressed on vinyl, which he’d had to do with much expense in the Czech Republic. He had spoken to various friends about starting up a pressing plant as an alternative but everyone thought it was too hard and expensive, then the guy importing his vinyl got in touch. “He’d found these machines in a junkyard, and taken them but he didn’t have the money to buy them, so I stepped in”, remembers Nath of the day he acquired 18 tonnes of record pressing equipment.

“The machines were from Continental and they’d done nothing for 20 years – when the building of the record label had to be demolished, they sent them to the junkyard, and they stayed there for a year.” Nath recruited Luís, an old engineer who’d worked with the RCA label, and soon they started reconditioning and reassembling the equipment as well as building a brand new recording console. It took them two years but in 2016 Vinil Brasil opened, a pressing plant which Nath describes as “a factory made by musicians and music lovers for the use of musicians and music lovers.”

Since setting up Vinil Brasil the plant has been busy pressing vinyl by artists such as Metá-Metá, DJ Tudo and Elza Soares – albums that reflect the new music scene that is currently buzzing in São Paulo. “One part of the mission is to release new things,” Nath says, but he also wants to “release the things that never got made in vinyl from the CD era, and also release the things we don’t have any more”, denoting the records that are almost impossible to come by. Examples of these include Arthur Verocai’s 1972 debut, Lula Côrtes e Zé Ramalho’s Paêbirú (1975), José Prates’ Tam… Tam… Tam…! (1958) and Pedro Santos’ Krishnanda (1968), all albums of which the originals could cost you over £1,000.

While many of these have been reissued abroad by the likes of Mr Bongo and Trunk Records, the reason for the huge price of originals is simple. As with all vinyl it’s related to the scarcity and the cultural significance (which often ebbs and flows). A great example is Tam… Tam… Tam…! Potentially you could have picked up this one up on the sly a few years ago, but once Gilles Peterson put out a plea on Channel 4 News and Record Collector magazine in 2014 for a copy, the price ballooned. Peterson would end up buying one from Now Again’s Egon for a price well over US$2,000.

Other records by Tim Maia, Antonio Adolfo, Spectrum, Sound Factory, Persona and Tribo Massahí have all similarly had their prices increased over the years due to interest from abroad. Generally, this has meant that we’re talking about albums that appeal to jazz, psych and rare groove collectors, as well as the increasing love for records inspired by African music, which Brazil has no shortage of. The result has been prices that are prohibitive for the average Brazilian record collector.

Caio Beraldo, better known as Yoka, runs the independent label Somatória do Barulho in Brazil. Asked whether it’s a problem that so much Brazilian vinyl is in foreign hands, he says: “Yes, it is an upsetting situation in general – Europeans and the Japanese have been digging Brazil since the early ’80s. The major problem with this is that it brings prices way up, and since our money is an average four times cheaper than US Dollars or Euros, we end up not being able to afford the music in our own land. Gringos will pay anything for a particular record they want, and once they do, a new price is set for that record.”

But there is a caveat, as he explains: “On the other hand, gringos have been interested in the ‘B side’ of Brazilian music, way before Brazilian people, and you have got to respect that in a way. So, as a label, it’s time for us to claim this music as our own, and put out new music for gringos to listen to… There are still a lot of undiscovered sounds and rhythms here that we should be able to show the rest of the world.” 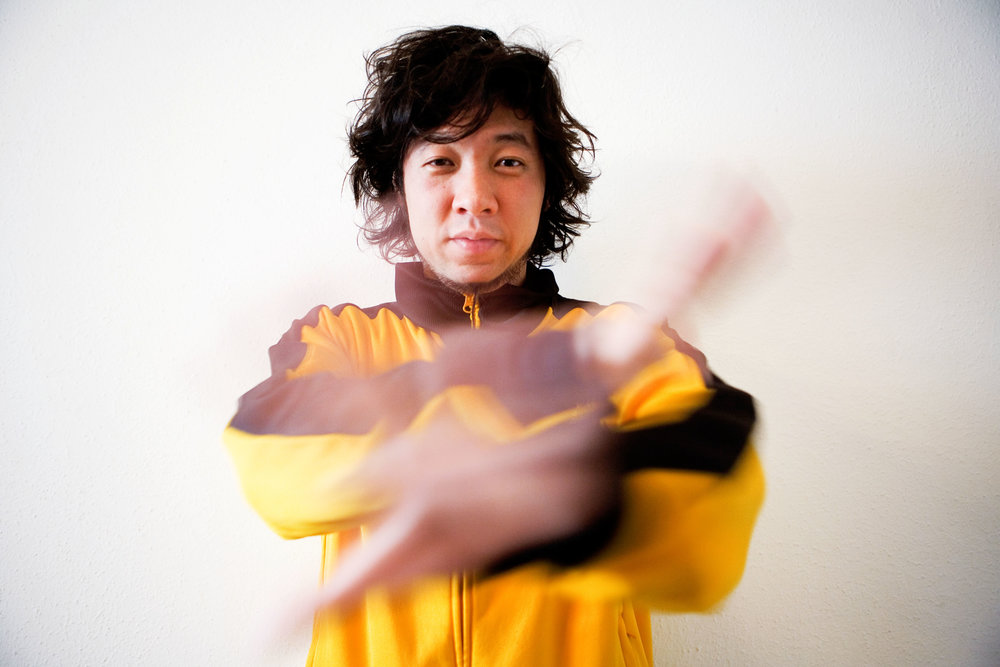 This point is carried on by DJ Tahira, a São Paulo-based DJ and producer known for his extended refits of classic tracks. “I think it’s okay,” he tells me. “Foreign people are more focused on certain kinds of records than Brazilians, such as Arthur Verocai, Hareton [Savenini] and others. So I think it’s fair. If the recognition came from outside and people want to have it… [then] it’s okay to have a lot of original pressings outside of Brazil. The important thing is for the music to spread! But I’ve noticed that there are lots of records that are rare here and not outside of Brazil. What people have been promoting outside of Brazil has a strong American music perspective, but this is just one part of Brazil’s musical culture. There’s lots of music in Brazil that is nearer to the origins of the Brazilian sound… more of an African and indigenous influence… and even Brazilians don’t know about it.”

This certainly seems to be the case. Take a look at the most expensive vinyl on Mercado Livre (a Brazilian auction-site, similar to eBay) and you’ll see a completely different brand of Brazilian music with nostalgic records by the likes of Guaraci do Pandeiro, Paulo Tito and J Cavalcante, playing rhythms such as baião, forró and sertanejo from the north-east of Brazil. The jazz, psych and grooves that are so loved by the rest of the world are nowhere to be seen.

Does Nath agree with these points? “Look, I know a lot of people from outside of Brazil, from Japan, UK, USA. They’ve studied our music. They love it and they respect it, but we don’t have anything for the people here who are rediscovering the records. We have only the bad discs, the high prices, and that’s not fair.” So, was the establishment of Vinil Brasil a way of wresting back control? “It’s not about taking control,” he tells me. “It’s about taking the responsibility for our future. It’s not a competition. Music is for everybody, it’s about making a better world without any borders between us.” 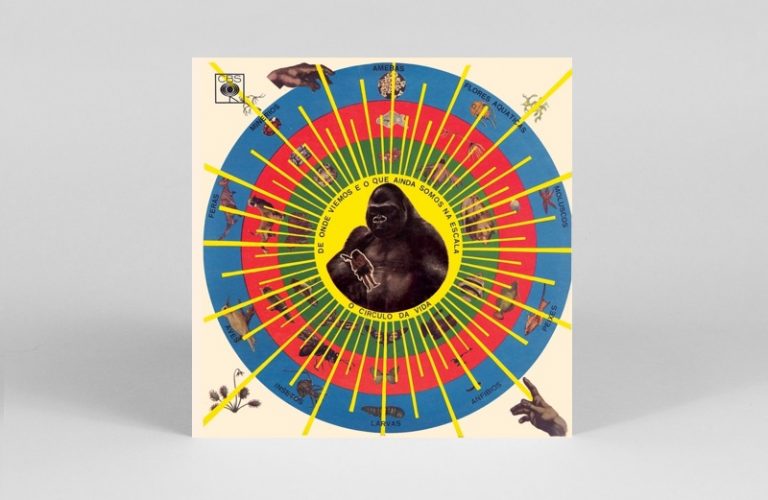 With Vinil Brasil and Polysom offering a route into vinyl production and independent labels like Somatória do Barulho (who are about to release a vinyl compilation of Brazilian boogie and disco called As 10 Mais Boogie Vol.1) and Goma Gringa (who reissued the excellent Tribo Massahí debut recently), a more diverse array of Brazilian sounds is beginning to reach the market. Krishnanda is a great example of this.

Produced by percussionist Pedro Santos in the ’60s, it’s a mix of folk, samba and Afro-Brazilian rhythms with a haze of psychedelia that owes much to Santos’ home-made instruments and search for spirituality. Krishnanda is unlike anything else from Brazil, but gradually through the stewardship of Brazilian collectors, DJs (like Tahira, who was an early supporter) and musicians its reputation has grown over the years. And while it was recently reissued by Mr Bongo, the UK label admit that they’d known about it for over ten years, but chose to focus on Brazilian funk and bossa instead. With the country’s growing vinyl scene, Brazilians have the potential to show off another side of their extraordinary and diverse musical heritage once more. 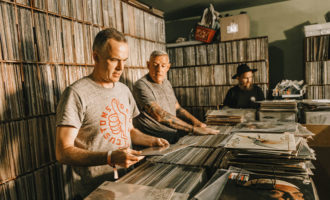 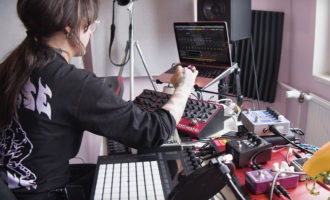