From the moment I first saw GrandMixer DXT cutting up two records in the Herbie Hancock ‘Rockit’ video, I knew that I wanted to be a DJ. Throughout my teenage years, my every waking moment was spent immersed in the world of DJ culture – collecting records, investigating London’s various record shops and clubs. As a teen struggling with my identity, I can hand on heart say that if it wasn’t for the dance floor, and records I discovered there, I would never have gained the knowledge of self that underpins so much of my work over the last thirty years. This is a feeling that remains as strong today, particularly when I hear music that enlightens me in ways I didn’t know before.

The following selections are only a fraction of the seminal records that have impacted me over the years, provoking me to pick up books and truly listen to the messages within their grooves. Some of these records changed the way I spoke, dressed and thought. Others impacted dreams and galvanised aspirations, leading to opportunities that shouldn’t have come my way – records that spoke to me as a young Black African guy growing up in London trying to find my path.

We are living through turbulent times at the moment. I truly believe that music can be a powerful tool of healing, and bringing people back together, but it troubles me that many within my industry are at a loss for words when it comes to important social matters, particularly the Black Lives Matter movement. If in doubt, take a deep listen through your record collection, and really take in what the artists are saying.

The times may have changed, but the messages stay as relevant as ever. 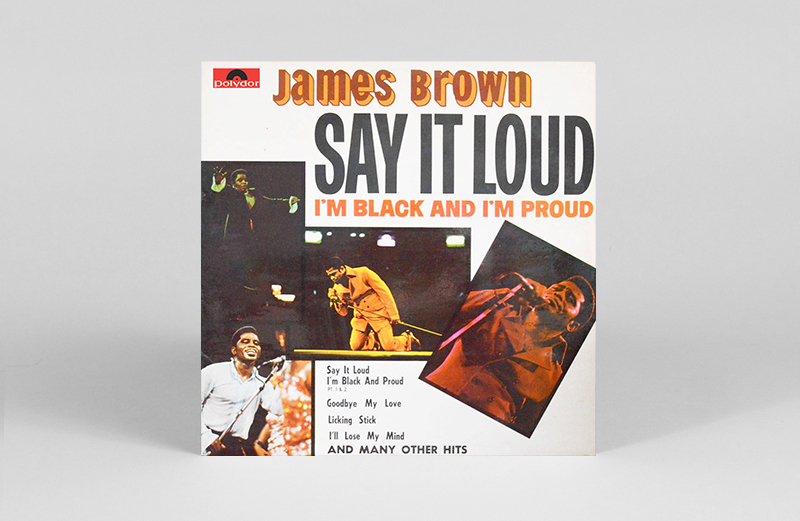 My mum arrived in London during the late ’60s from Ghana via New York with a deadly record collection filled with songs by the artists she’d seen at the Apollo Theatre in Harlem where she lived. James Brown was a staple in our house, especially on Sundays when she’d turn on the gramophone, and serenade us as we cleaned the house. When the rare groove scene kicked off in the ’80s, it took a while for me to clock that the records that people were searching for were the same records we had in the house already. They weren’t rare grooves to me, they were just records I’d grown up with. I’ve got different versions of this song, but James Brown’s rendition is the one that still bangs wherever I drop it. It will forever be synonymous with cleaning that one room in the house that most African and Caribbean families had: the one that was never to be entered unless you were entertaining guests; the one with the sofa with the protective plastic cover that stuck to your legs while the elders talked about stuff you didn’t understand until you were older. 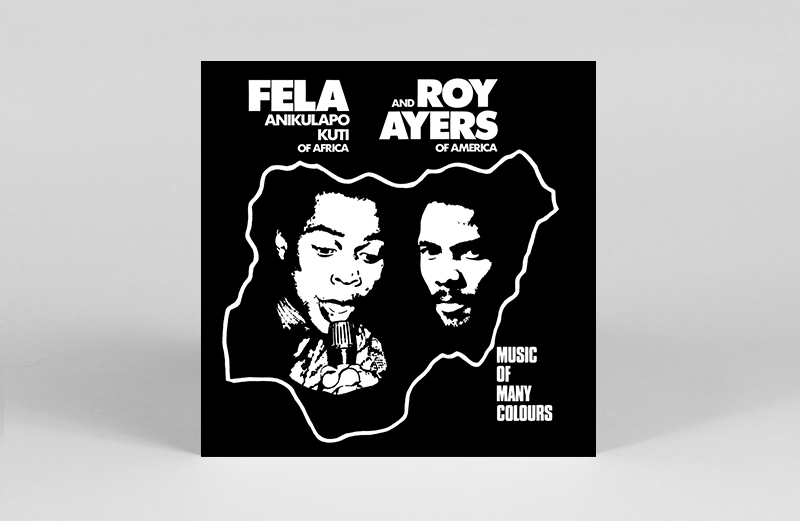 Like many African kids growing up in the UK during the ’80s, the threat of being sent back home was always looming over my head. From day one of school, I knew that any grade below a ‘B’ was unacceptable in my house, so when ‘C’s followed by ‘D’s started to appear on my report it was no surprise that I found myself sent back to Ghana for the second time during the summer of ’86. I didn’t want to go, but mum was at a loss about how to keep me alive, out of trouble and away from the influences of the music pumping through my radio.

I took tapes, a walkman and a stack of books, and spent the summer wandering around Accra digging for records, and checking out the city. This album was found in a market with a stack of other records that I left behind that are probably worth ’nuff money now, but Fela Kuti was the only name I recognised. There is no other record that has had as much impact on me as listening to ‘Africa Centre Of The World’ for the first time. The relentless groove, and the message in the music, turned Ghana from a place I’d always feared into a place where I felt the most free. It’s a history lesson in a paper sleeve that told me facts I’d never heard in my history classes back at school. When I got back to London, I returned proud of my culture for the very first time. Combine that with Public Enemy and let’s just say that sixth form became an interesting place… 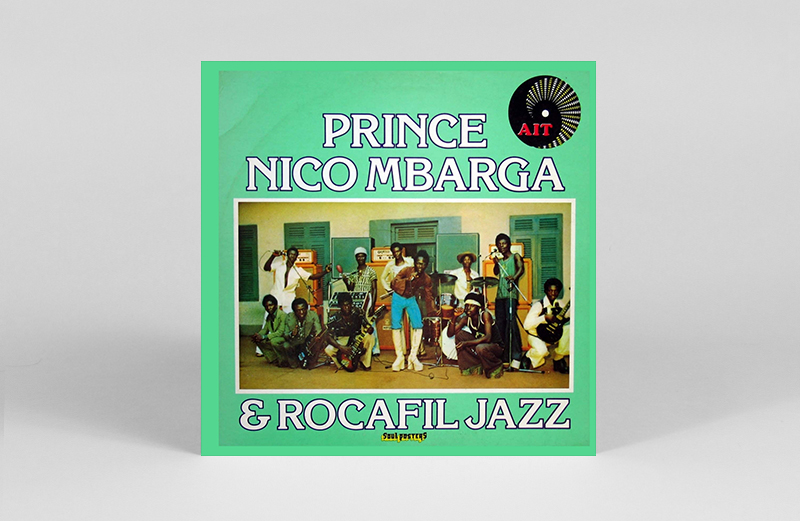 There are a lot of not so great African records being reissued at the moment, as well lots of tunes yet to be discovered. However, there are certain staples that always escape the radar unless you understand their true significance or come from the culture. You can not go to a Ghanian gathering without hearing this tune at some point during the night, but I’ve hardly ever heard this or any of the other number of versions played in a set. Drop this at the right time with the right crowd and it goes off. It reminds me of weddings, family gatherings and happy times, one of those tunes that always brings a smile to my face. 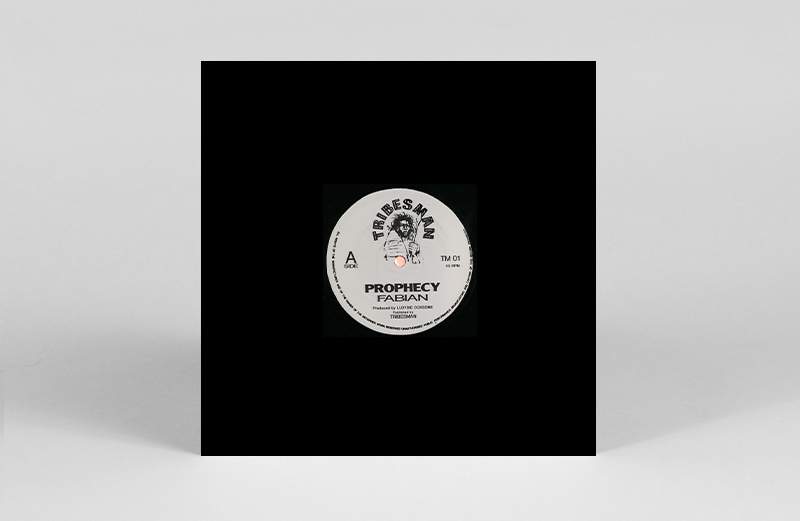 ‘Prophecy’ is a sound system tune that I first heard played by Jah Shaka, in a community centre in Vauxhall. We arrived early doors, and watched the whole system being wheeled in and put together by the box boys and Shaka himself. I went with friends from university, who kept asking me when the lights were going to be turned off. We got stopped by the police on the way home, and I was the only one made to get out of the car. I just remember standing there with my hands on the roof of the car having my pockets searched by the police, while the lyrics and bass line from this tune rang through my head. 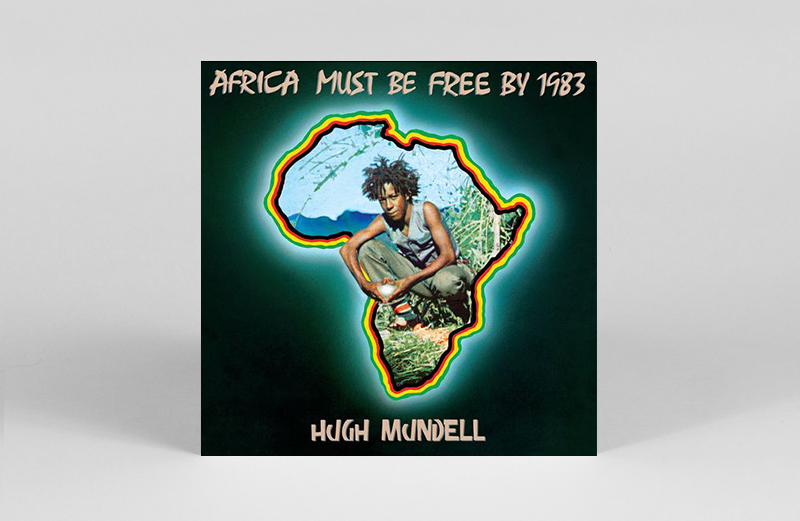 There used to be a collective of party promoters called the Bash Street Kids, who ran house parties and warehouse parties during the ’80s. One of the most memorable parties they threw was inside a big Georgian house in Camberwell. In those days word of mouth was key, and within a few hours the house was rammed with people from all over London. Even though the police turned up, and the party got locked off, this was one of the tunes I remember hearing for the first time that night. Red-light, basement, wall-to-wall dreads, the best sensi in London, a killer sound system, and a police raid. What more could you ask for? The baseline and intro are deadly too. 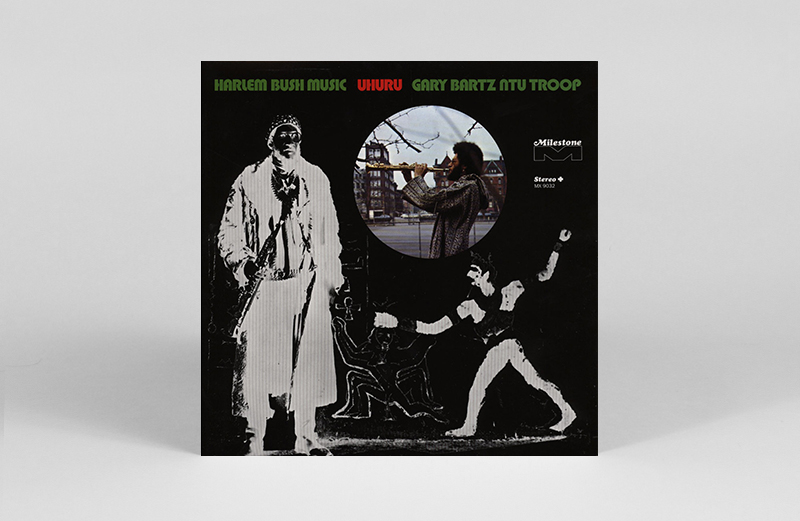 When it comes to spiritual jazz it’s a hard to choose just one, because there are so many records that have had an impact on me. This track by Gart Bartz really hit me first in a dance floor sense – of people coming together to have a collective moment. I was a Talking Loud and Saying Somethin’ regular, and it’s the place I credit for first opening up my ears to jazz and beyond. Gilles and Patrick went deep with the selections. There were people I met on the Dingwalls dance floor who took me under their wing, hipping me to the game and my place as young Black creative. These were people who really looked out for me, many of whom I’m still friends with today.
This tune is as relevant today as it was when it first dropped, a timeless piece of music that every record shelf should hold. 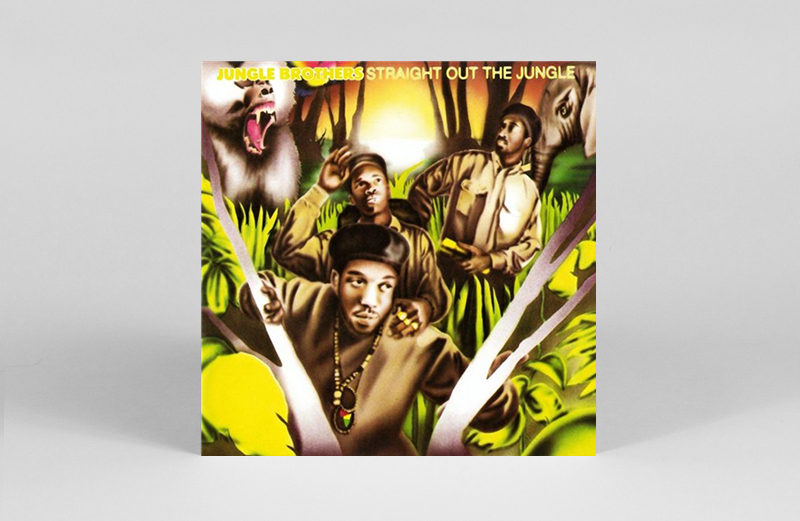 Jungle Brothers’ Straight Out The Jungle was the album that made me want to get into production, or should I say the album that convinced me that it was something that might be possible as a career choice. I’d gone to see Norman Jay at the Bass Clef in Hoxton Square, a venue that eventually became The Blue Note where Metalheadz had its home. However, in the ’80s Shoreditch was still a dive, with a couple of pubs, a few clubs, and not much else. At that time, rare groove was the music driving London, and Norman was dazzling dance floors with rare tunes that only he seemed to know. Midway through the night, he dropped what I thought was ‘Straight Out The Jungle’ by the Jungle Brothers. Being a die hard hip-hop head, I ran onto the dance floor ready to get my groove on, and then some weird horns and singing started. Norman had actually played the Mandrill break that the record is sampled from. Although I knew that sampling was a thing, I hadn’t yet worked out how people were doing it. Turned out that my university had a studio that only film students could use, so I bought a cheap Super 8 camera, and started documenting my adventures and making elementary loops. The very first record I sampled was ‘T Plays it Cool’, from the Trouble man soundtrack by Marvin Gaye. There’s nothing like imagining how a record will sound and seeing it come to life for the very first time. Even now, I still get the same thrill as I did being in the studio for the very first time. 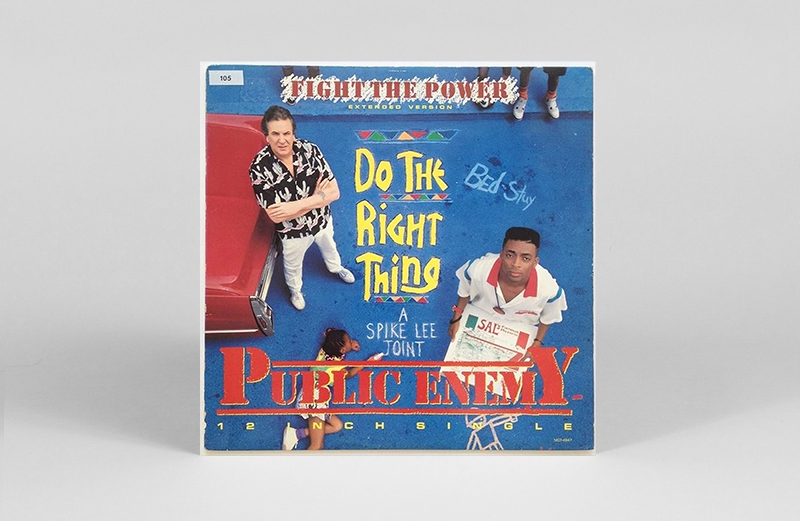 Seeing Public Enemy for the first time changed my life forever, and when I walked out of Brixton Academy into the South London night I knew that my days of feeling insignificant were over. Spike Lee’s Do the Right Thing cemented the power of this record, and whenever I need a pick me up or a boost to my day I play this at full volume, rapping along with every word. It’s been a constant on my running playlist for 13 years, and I’ve also run many a marathon with this blasting in my ears. It’s angry, political and insightful. The production ideas that underpin it are next level, and the message is as relevant today as it was way back in the day. 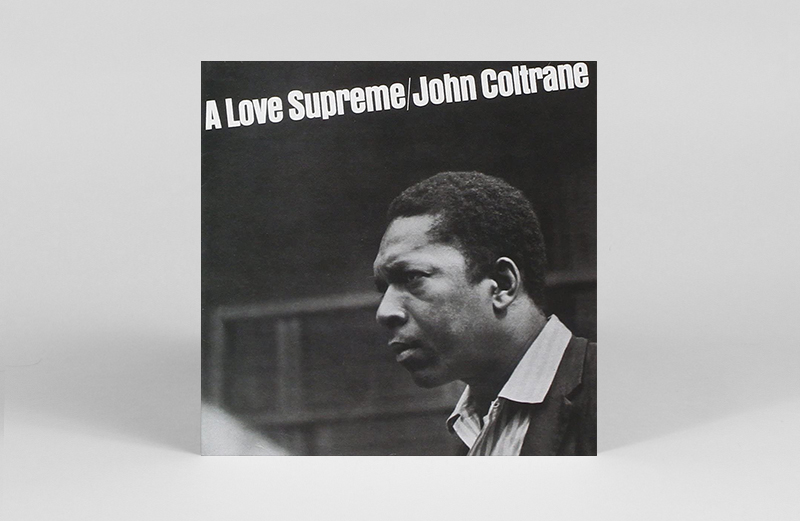 I first heard John Coltrane’s A Love Supreme in Hammersmith at club night called Jazz 90. I was standing right next to the decks when Patrick Forge played it, and when the chanting at the end of ‘Acknowlegement’ kicked in I lost my mind. Coltrane has been a huge influence on me over the years, and that particular moment stays deep in the memory banks as a reminder that sometimes you have to be brave and give the dance floor what it needs, not necessarily what it wants: 500 people in a packed warehouse bugging out to a classic Coltrane record at peak time. It doesn’t happen very much these days, but I always keep a Coltrane record in the bag just in case the occasion arises to take the dance floor on a journey. 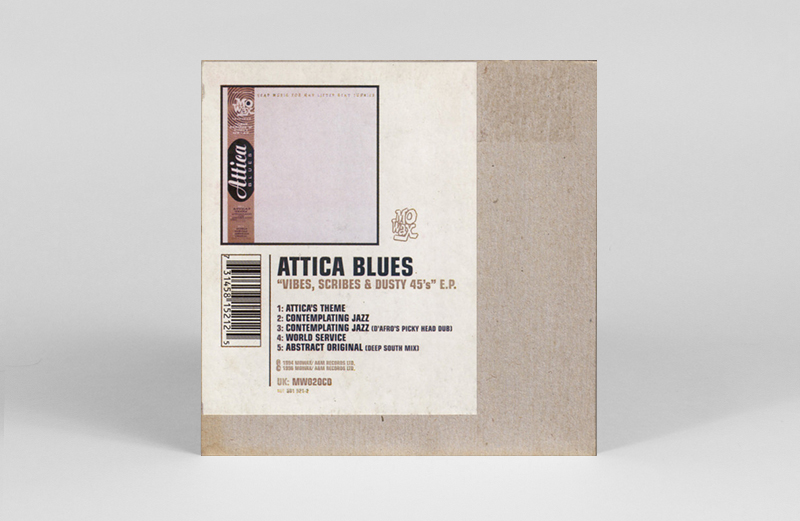 Holding the test pressing of Vibes, Scribes ‘N’ Dusty 45’s in my hand for the first time will forever go down as one of my happiest musical memories. I fought so hard to find a way to make music work as a career. To actually hold and touch a piece of music I’d made was monumental in building my confidence in other areas of my life. Opportunities for people of colour in the music industry have always been limited, but back in the early ’90s opportunities were even more scarce, so I’ll always be indebted to James Lavelle for taking a chance on me. It’s not my most favourite record that I’ve made, but it’s definitely the most important one within the archive. 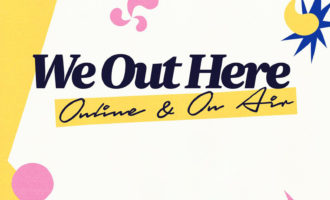 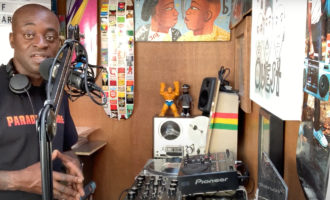 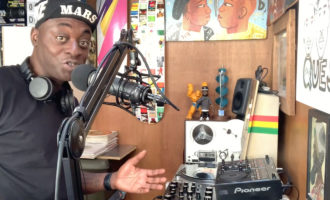 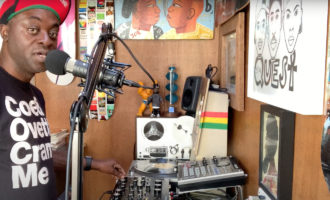