Beyond the looking glass: A journey into the music of Midori Takada

Through The Looking Glass may have exposed Midori Takada to new audiences around the world, but the Japanese composer and percussionist has spent more than forty years recording and performing, leaving a fascinating musical trail in her wake. Here are six entry points, from avant garde jazz collaborations to ambient solo projects.

Midori Takada’s work has always straddled the worlds of theatre and music. Whether in the percussive dramas she weaves with MKWAJU Ensemble, or the synthesised landscapes of her solo opus Through The Looking Glass, Takada’s music unfolds with the tension and release of Japanese Noh theatre, where sound, costume and gesture play crucial roles in articulating the ritual narratives of the performance.

On the stage, Takada strikes the same dramatic postures – at one moment a marionette twirling between upright toms, the next, swooping across the marimba, clad in shimmering shozoku-esque outfits.

As part of our celebration of her work – which includes our film Midori Takada: In Motion, extended interview and photo gallery of a recent performance at Union Chapel in London, we introduce a selection of her most striking musical works as an entry point for those who want to explore beyond the looking glass.

Taking their name from the drought-resistant tamarind tree (which translates as ‘mkwaju’ in Swahili), the MKWAJU Ensemble showcased some of Takada’s earliest explorations in the percussive exploration of minimalism and African tradition musics. Alongside Junko Arase and Yoji Sadanari, she explores the textures and repetitions of marimba, vibraphone, and bamboo percussion (for which the mallets were often crafted from the mkwaju tree), built into trance-like structures that interlock with the subtle use of synthesisers she would become known for on Through The Looking Glass. An early example of Takada’s pan-global approach to instrumentation, which has recently been reissued for the first time by WRWTFWW. 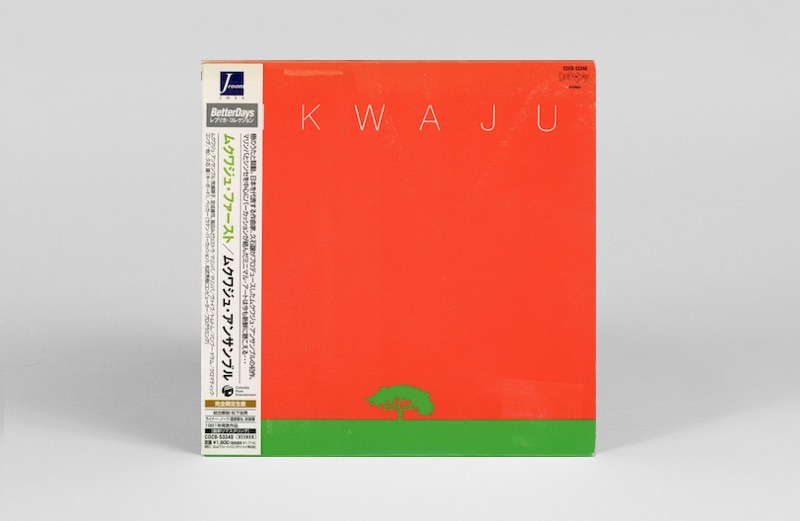 Released in the same year as KI-Motion, Mkwaju strikes a more confident tone in the ensemble’s use of rhythmic variation. Tracks like ‘Shak Shak’ strip the instrumentation back to allow the subtle syncopations of the mallets to rise to the fore, while the contrast between ‘Tira-Ran’ and the glacial ‘Pulse In The Mind’ explore the ensemble’s ability to merge and subvert both eastern and western minimalist traditions. The thunderous drama of ‘Flash-Back’ is a fitting overture to the group’s short-lived existence. 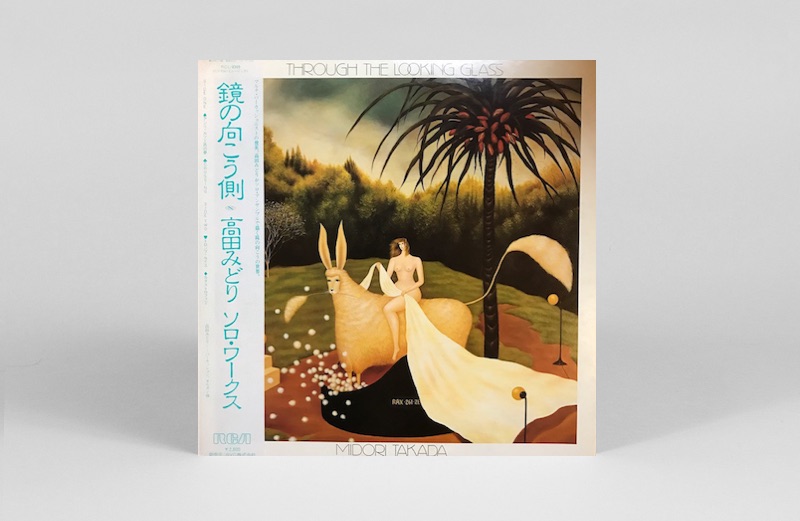 Through The Looking Glass is Midori Takada’s masterpiece, and main entry point for the legion of new listeners beguiled by the post-impressionist surrealism of the cover, the music’s transcendent quality, and a sympathetic quirk of the YouTube algorithm.

Such is the nature of online musical archeology that context is often hard to come by. Writing in the introduction to an interview with Takada for VF, which you can read here, Paul Bowler picks up the story: “Entering the Aoyama studio in Tokyo on the tightest of budgets and with only an engineer for company, the self-produced Through The Looking Glass was recorded onto analogue tape in just two days using a dizzyingly diverse array of instruments, including marimbas, gongs, chimes, recorders, a reed organ and Coca-Cola bottles which were blown into and played like flutes.

“In an effort to create music that embodied what she termed “the notion of time and body, of physicality”, she carefully measured the distance between the microphone and each instrument to generate a three-dimensional sound sculpture. Lacking technical knowledge, she relied on a spirit of creative improvisation to facilitate the recording, correcting mistakes with multiple layers of overdub, a process which resulted in its unique sound.” 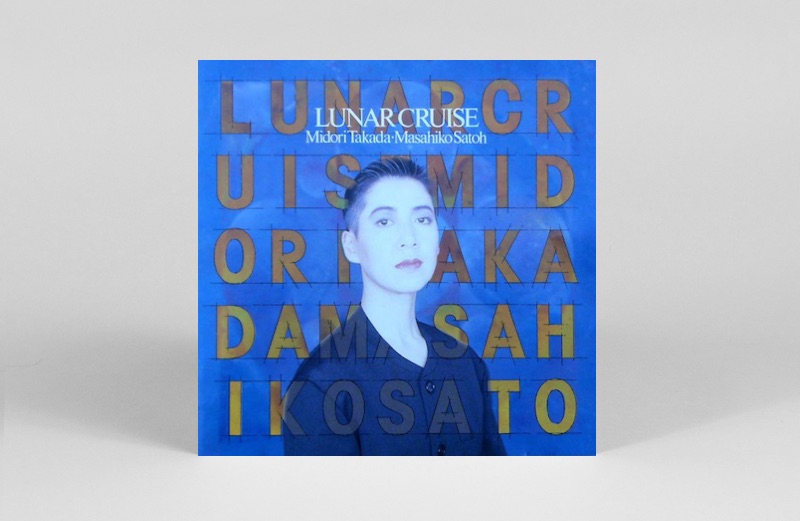 The first recorded collaboration between Takada and legendary jazz pianist Masahiko Satoh, Lunar Cruise was released following the pair’s 1989 tour around Africa, Europe and the Middle East. The album begins with the marimba movements that typified MKWAJU Ensemble, before diving head first into the more overtly Middle Eastern-influenced ‘Ancient Palace’, which sees Takada joined by saxophonist Kazutoki Umezu and Yellow Magic Orchestra’s Haruomi Hosono, who appear sporadically throughout a record that is at once resolutely calm and infectiously danceable. A reissue from WRWTFWW was announced last year. 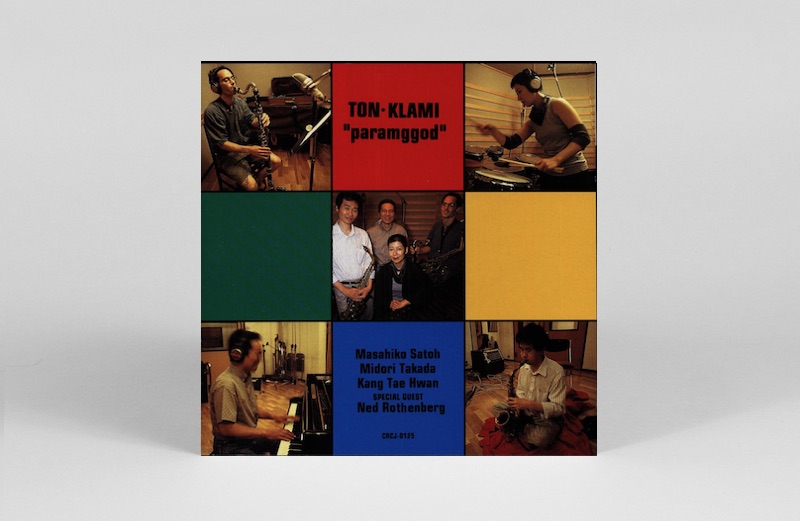 The second of three CD-only releases with free jazz group Ton•Klami (the most recent of which was a 1995 recording released in 2017), was produced by Satoh, and brings the saxophones of Kang Tae Hwan and Ned Rothenberg to the fore – layered and dubbing extended horn phrases to create swells of sound that are among the most assertive and voluble of Takada’s canon. Like Mkwaju Ensemble, her work with Ton•Klami speaks to the collaborative nature of her work, and a desire to operate outside of classical structures. 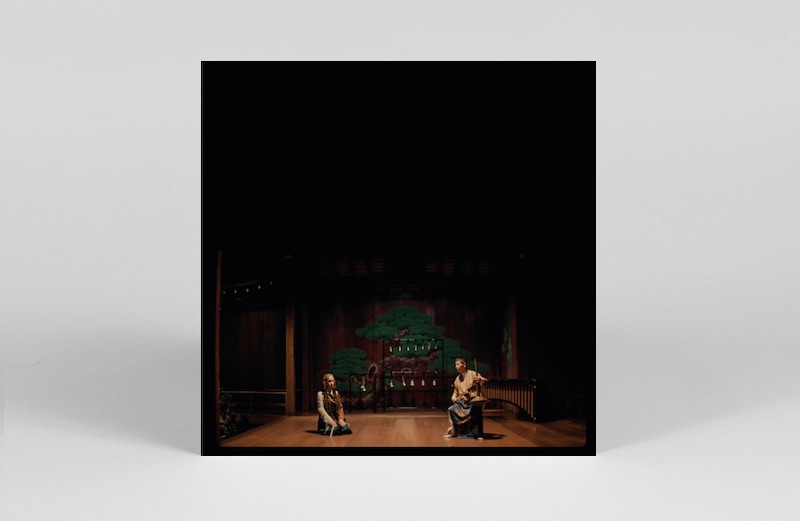 Conceived off the back of the unprecedented exposure of Through The Looking Glass, which has brought Takada to international attention, Le Renard Bleu is Takada’s first new release in 20 years, and returns to her fascination with combining Africa and Japanese folk traditions, here united in tales of the fox, and composed over the course of one week at Avaco Creative Studios in Tokyo. Transcending the ambient and improvisational environments of her previous work, the collaboration with artist Lafawndah hears Takada crafting instrumentals using waterphone, bells, marimba and various forms of drums, before Lafawndah adds melodies and lyrics to the single 20-minute recording. The release also explores the theatrical element to Takada’s work through an accompanying film of the same name, directed by Partel Oliva, krump artist Qwenga and photographer CG Watkins.