Our favourite reissues and compilations of 2022

The best compilations and reissues of the year had something to teach us. Whether it was lessons about the periods, places and feelings experienced by others or an explanation and history for the sounds we already know and love, many of these releases enriched our lives by showing us alternative narratives and ideas largely left untold.

Discover our favourite reissues and compilations of the year, selected by the VF team. 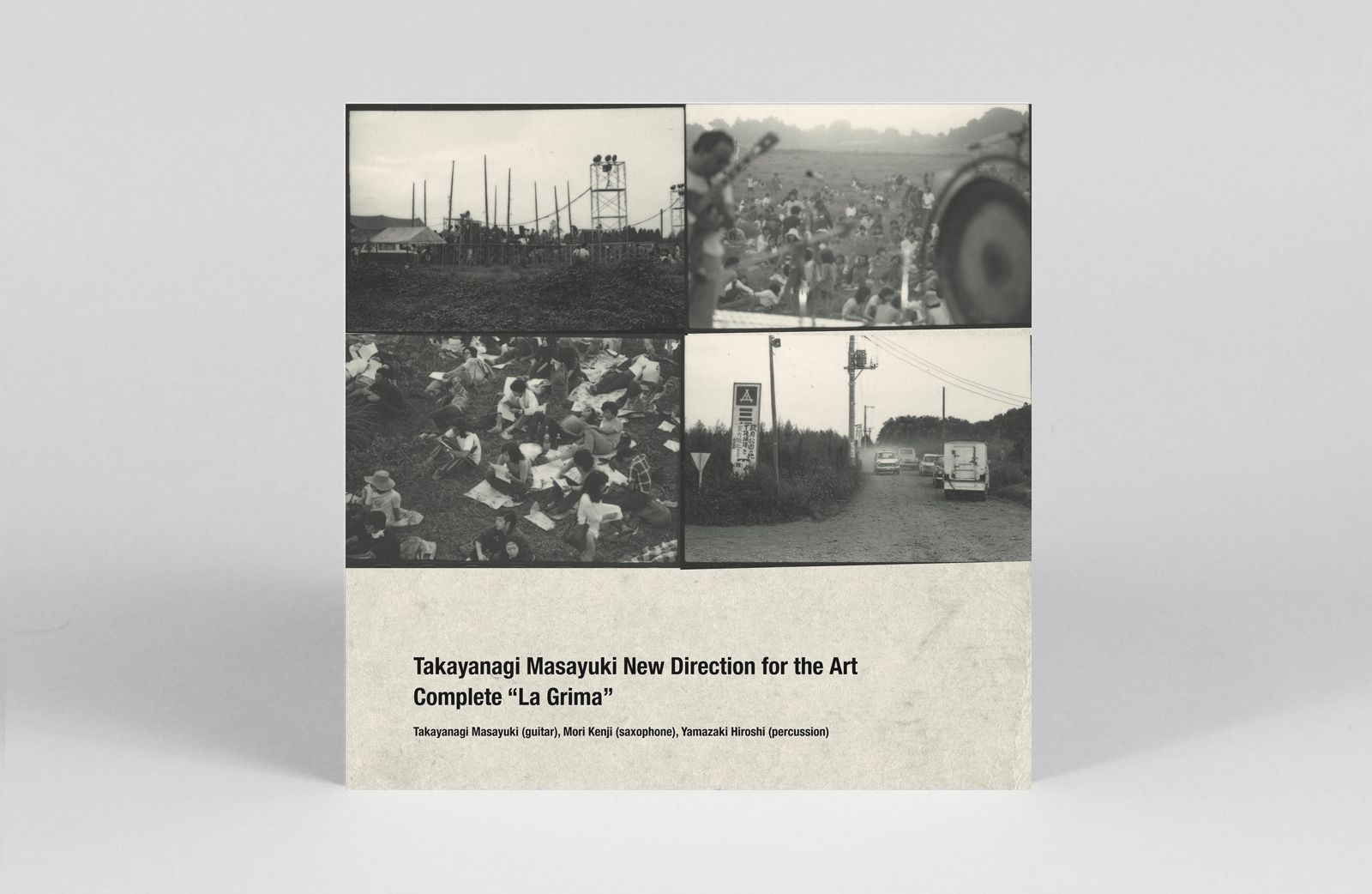 Working from a free improvisation fundamental that guitarist Masayuki Takayanagi coined as “Mass Projection”, this live set from 1971’s Gen’yasai festival employed the technique to blistering effect, conjuring a fluid language of scorched maximalism upon an unsuspecting, and decidedly nonplussed audience. Playing alongside Kenji Mori’s sax and Hiroshi Yamazaki’s percussion, Takayanagi leads a bombardment that shifts the trio’s formidable techniques around within an unrelenting density of sound. Among a host of worthy reissues from the Takayanagi back catalogue this year, La Grima stands out as a striking and exhilarating example of his radical live performances.—James Hammond 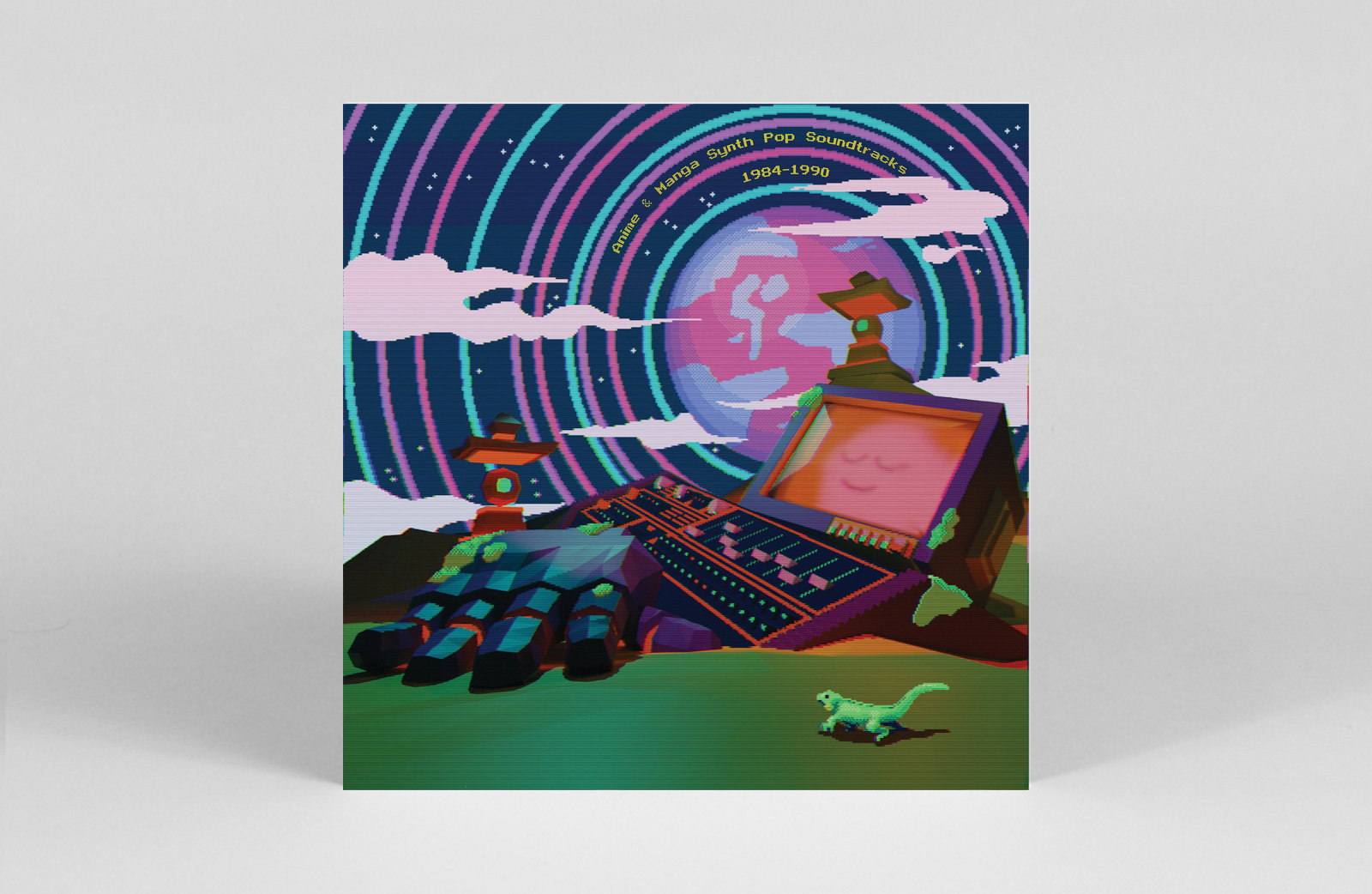 In a year where anime and video game soundtracks increasingly received vinyl releases and reissues, Time Capsule issued this treasure trove of synth-pop tracks originally designed to accompany the booming Japanese anime and manga industry of the ’80s. Packaged with a handy insert of historical context, this compilation is a breezy and curious treat that neatly pulls together the city-pop and electronic sounds that laid the groundwork for storytelling composers in the years since.–Kelly Doherty 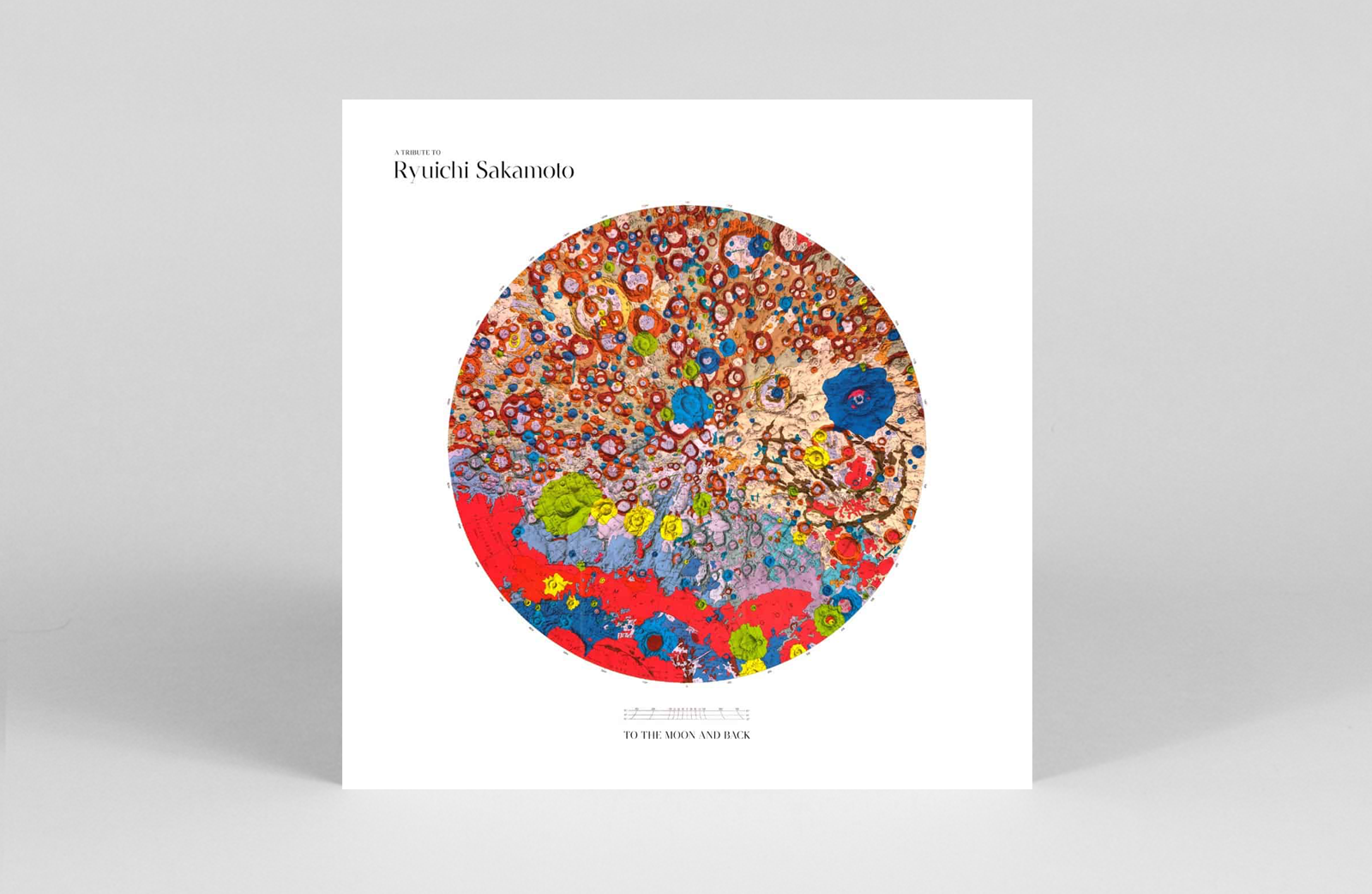 A Tribute To Ryuichi Sakamoto – To The Moon And Back

A Tribute To Ryuichi Sakamoto – To The Moon And Back sees a wide range of artists paying homage to the extraordinarily influential composer Ryuichi Sakamoto. Each artist, be it Thundercat, The Cinematic Orchestra or Hildur Guðnadóttir, offers their own unique take on Sakamoto’s work, merging their personal styles with his greatest cuts. This compilation is a masterclass in tribute, breathing new energy into these well-loved songs alongside artists who clearly hold his art dear.–Kelly Doherty 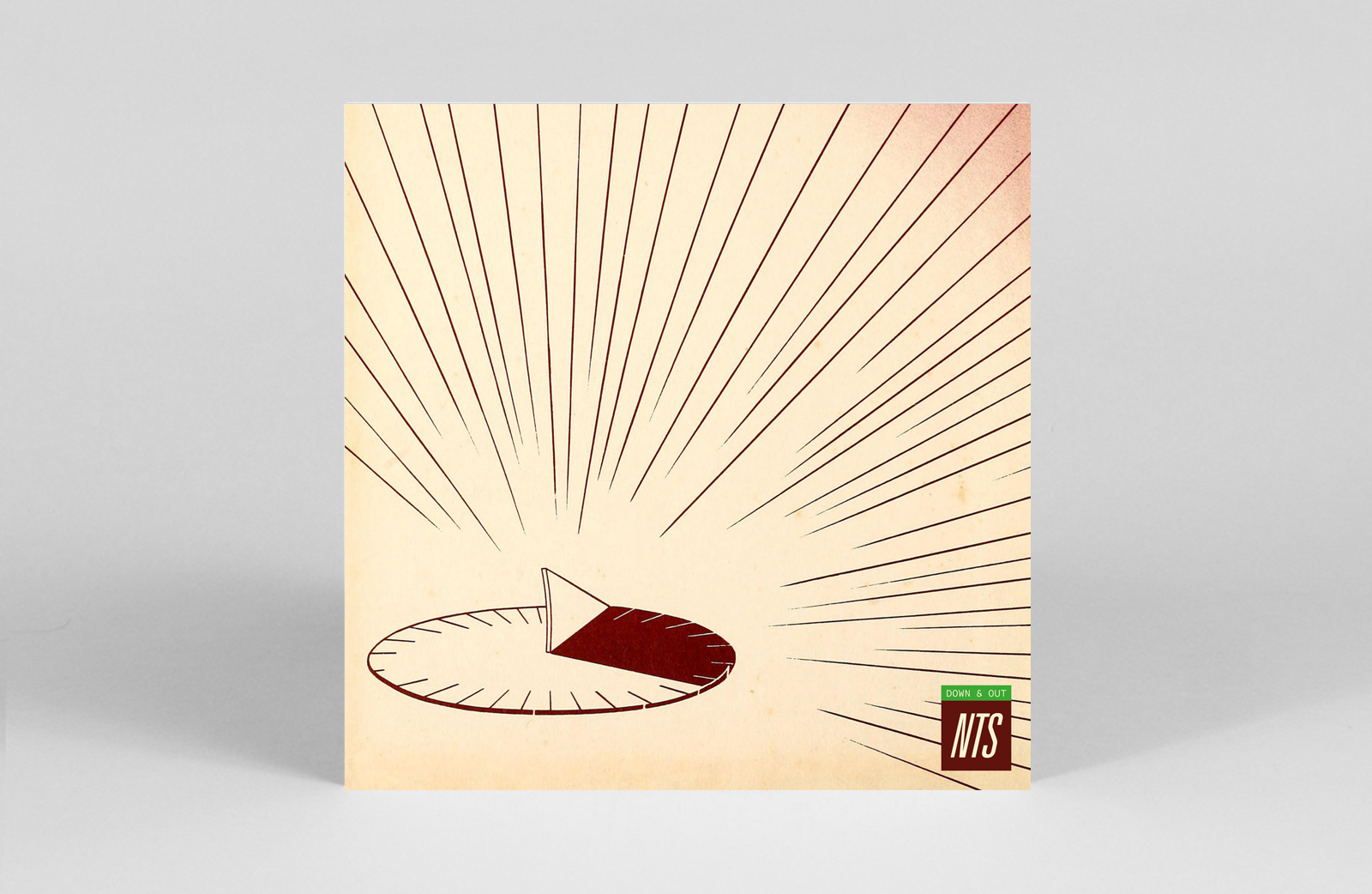 Bruno Halper and Samuel Strang compile ‘loner folk recordings’ for NTS on Down & Out. Focusing primarily on private press releases from the US and UK between 1968 and 1980, Down & Out is a highly intimate affair that permits a glimpse into creations never intended for, or consumed by, a widespread audience. Down & Out is steeped in loneliness, yearning and exhaustion–a soundtrack for those left on the outside with nothing more to give.—Kelly Doherty 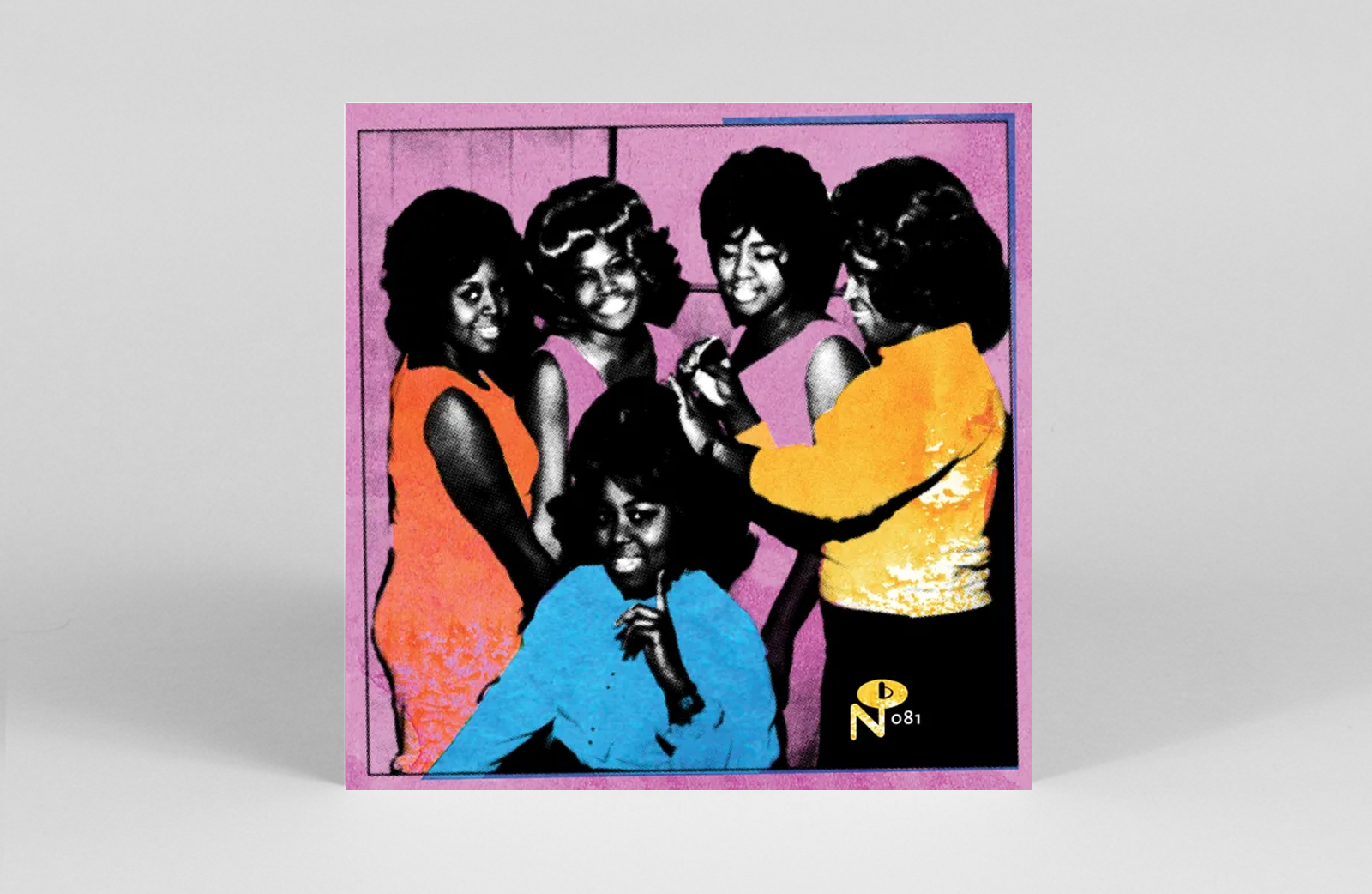 Started in 2004, Numero Group’s Eccentric Soul series has brought many an overlooked gem back to the fore, and this year saw the series focus on the 1967-1977 output of Shiptown Records. Based out of the Nimrod Record store in Norfolk, Virginia, Shiptown Records brought together a host of local musicians and vocalists around the banners of soul, funk and the open approach to recording and production of label founder Noah Biggs. From Flipflop Stevens to Shiptown regular Barbara Stant, variable injections of funkiness and smooth tones make for an array of approaches and a collection that’s full of upbeat flourishes.–James Hammond 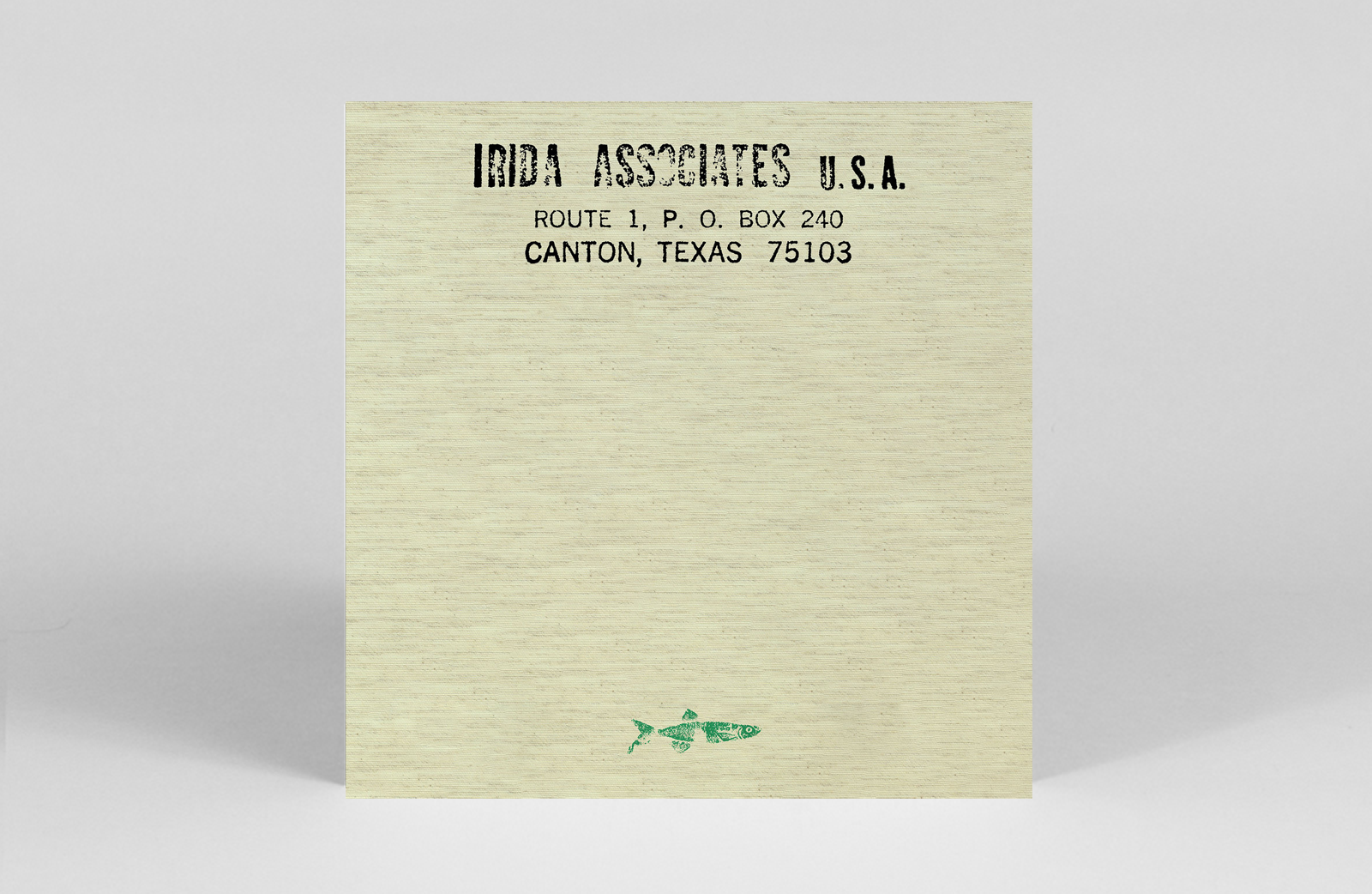 As part of Blank Forms’ curatorial mission to survey the genre-defying works of Jerry Hunt, this lavish 6 LP boxset appeared this year alongside a retrospective multimedia exhibition and a reissue of the Texas-based composer’s final LP. Extending Hunt’s electro-acoustic fascinations to the visions of a wider circle of collaborators, this set gathers the entire output of Hunt’s Irida Records and features works from the likes of Phillip Krumm, Larry Austin and Rodney Waschka. The “beyond” of this box set’s title can be read not only as a demarcation of state lines but also as an allusion to the questing nature of the Irida discography and the expanse of adventurous sounds contained within.–James Hammond 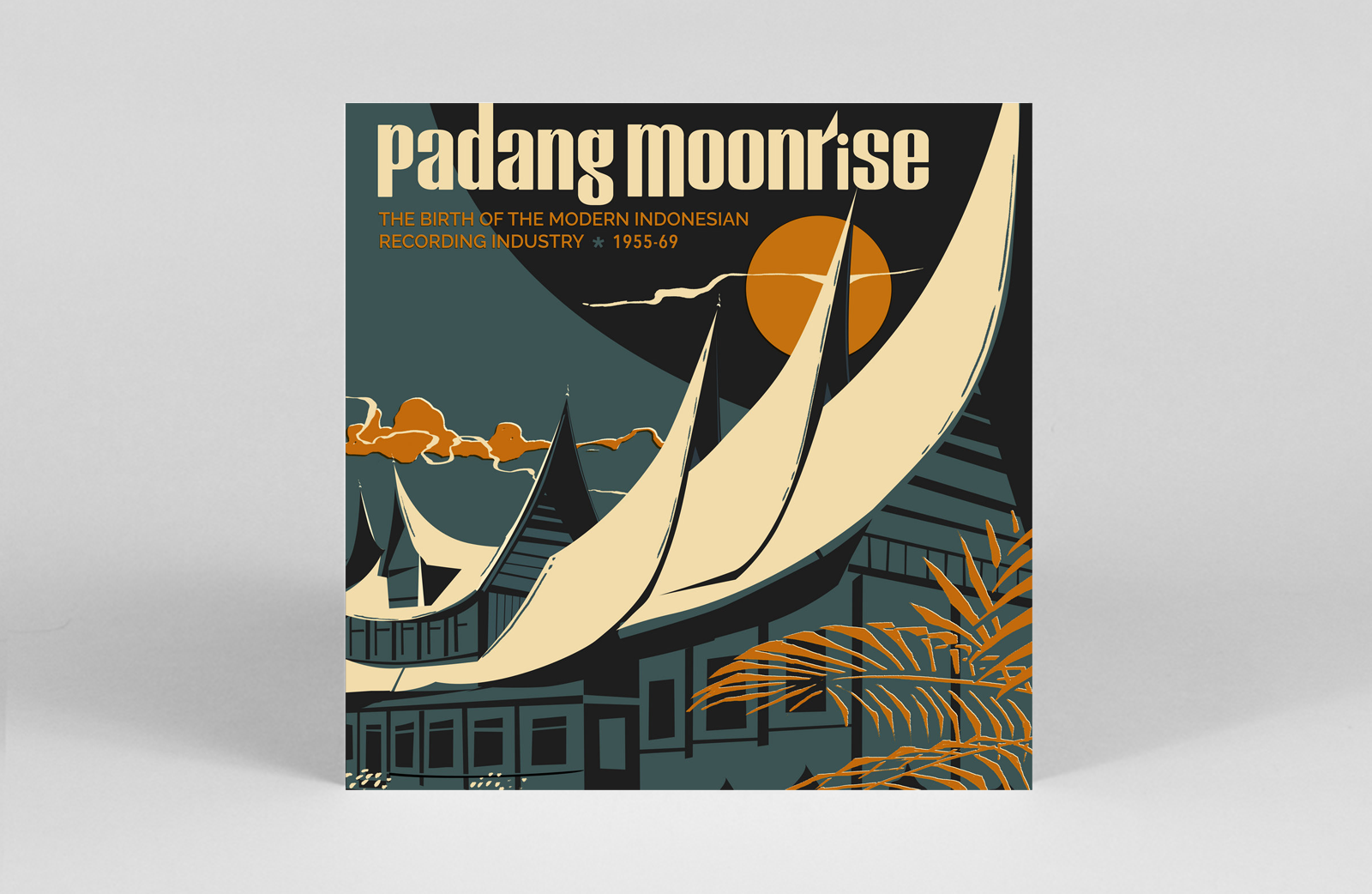 Padang Moonrise: The Birth Of The Modern Indonesian Recording Industry

Soundway Records never miss and Padang Moonrise: The Birth of the Modern Indonesian Recording Industry (1955-69) is yet another shining gem from their collection. A selection of songs taken from the early years of modern Indonesian music, this compilation showcases an under-appreciated era of music through irresistible cuts that smoothly marry popular sounds with traditional Indonesian music. A warmly selected collection.–Kelly Doherty 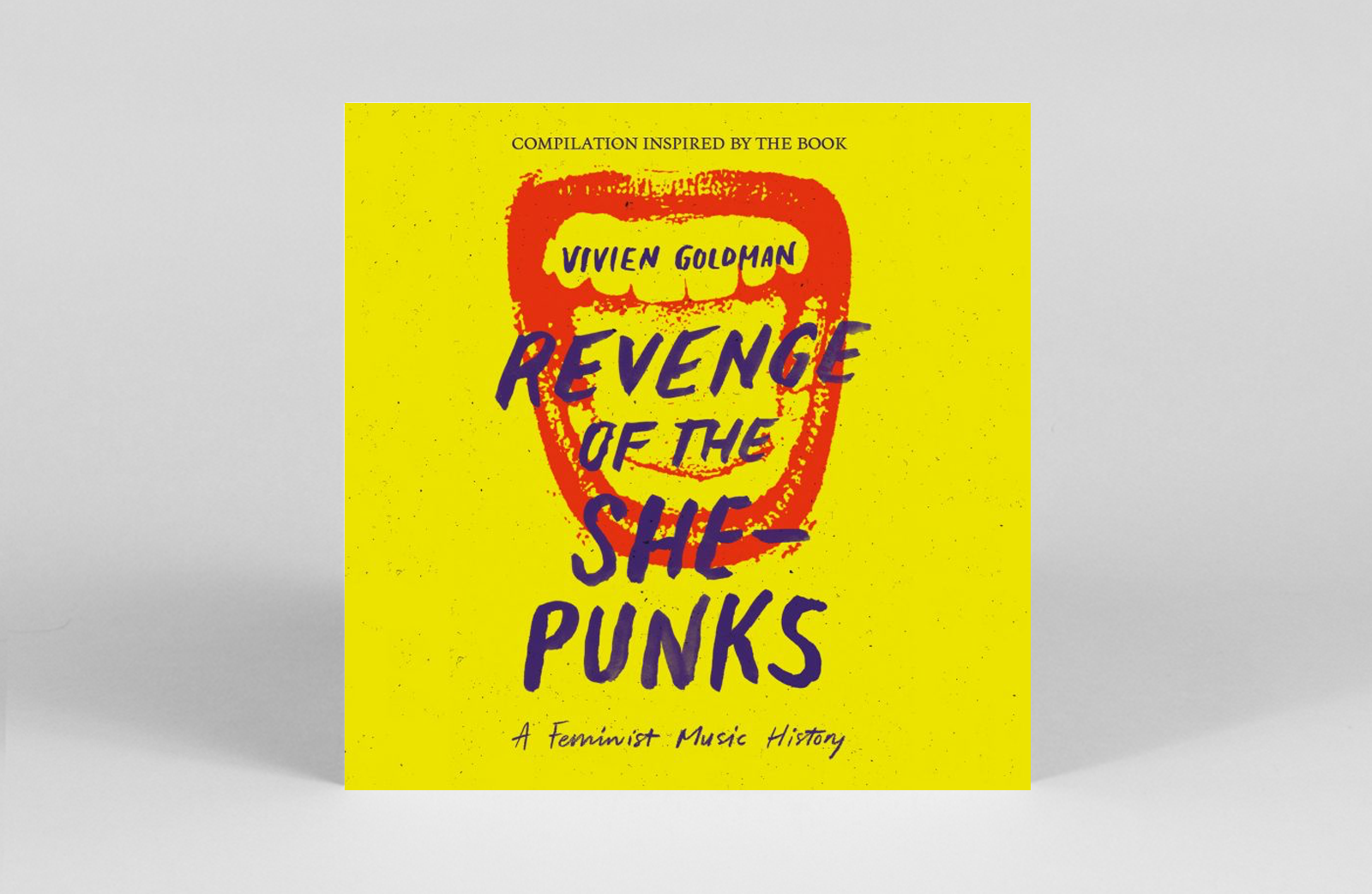 Inspired by Vivien Goldman’s 2019 book of the same name, Revenge of the She-Punks is an impressive ode to feminist punk throughout the years with a tracklist boasting early pioneers including X-Ray Specs and The Slits, all the way to contemporary rising stars like Big Joanie. Much like the book that precedes it, Revenge-of the She Punks pays homage to artists responsible for some of the most cutting-edge, challenging and daring punk music of the past 50 years, giving a voice to female artists too often written out of the history books. An essential musical guide.– Kelly Doherty 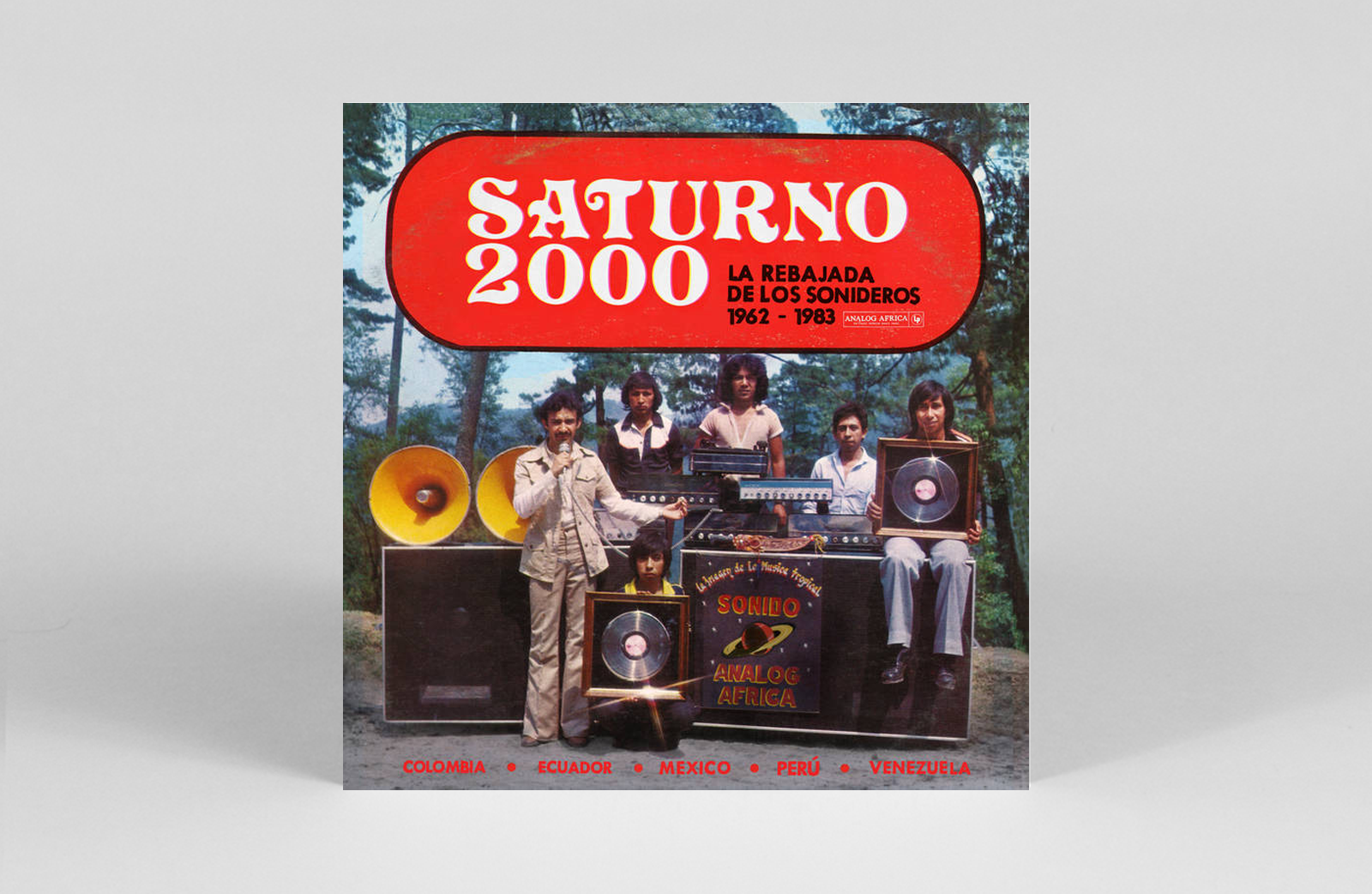 With the disputed origins of the rebajada sound effectively set somewhere between Marco Antonio Cedillo’s pitched-down turntable designs and the semi-fortuitous short circuit of Gabriel Dueñez’ permanently slowed-down turntable, the results produced a considerable appetite for pitched-down cumbia parties across Mexico. In surveying these parties, DJ Lengua took in the scope of the rebajada sound from 1962 to 1983 and provided this perfect selection of deep cumbia cuts that are even more hypnotic for their slower grooves and accentuated details.–James Hammond 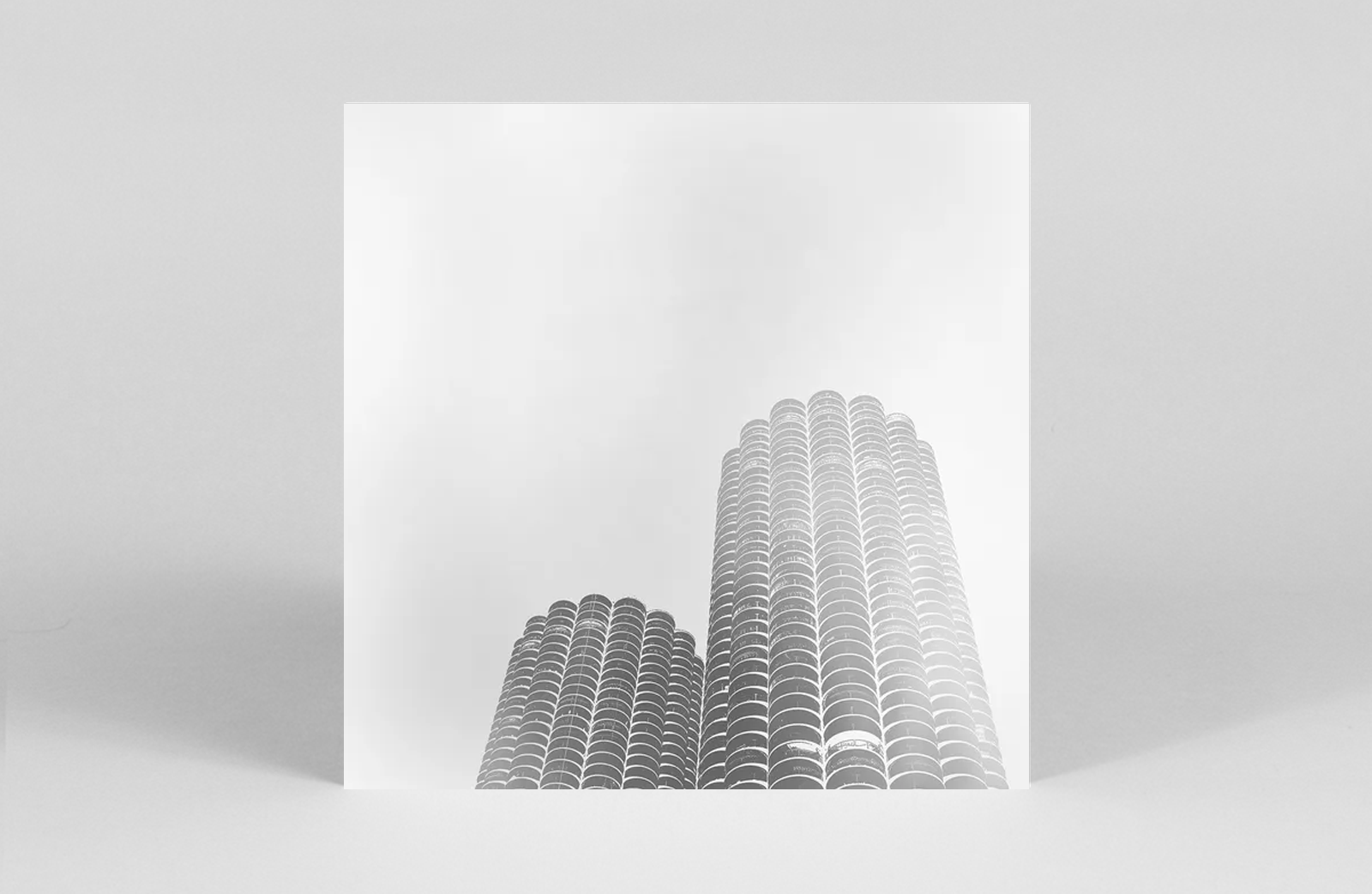 The landmark indie-rock album received a 20th-anniversary expansion this year with Wilco sharing a boxset of over 80 unreleased demos and outtakes. This extremely comprehensive reissue of Yankee Foxtrot Hotel offers a deep insight into the many paths the album could have taken, serving as a microscope to the creative process and a reminder of how many potential moving parts go into producing your favourite album. A reissue that adds real value to an already exceptional release.–Kelly Doherty

Our favourite albums of 2022