A track-by-track sprint through the landmark album’s most important samples.

The Beastie Boys’ Paul’s Boutique was a masterpiece in sampling, and an album that could never be made in the same way again. Created during the golden age of sampling – that is, before stricter copyright laws were enforced – Paul’s Boutique epitomised the times. Alongside 3 Feet High & Rising by De La Soul and A Tribe Called Quest’s Low End Theory, Paul’s Boutique marked a change in hip-hop, away from the gangsta rap of N.W.A and towards the D.A.I.S.Y. Age of rap music you could dance to.

At the time of its release Paul’s Boutique was a relative commercial dud for the Beasties, given that the success of Licensed To Ill had taken the trio from middle-class punk kids to rap poster boys overnight. In Licensed To Ill the Beastie Boys came to disturb the peace, at least for the white, middle-American music market Def Jam were looking to break into. They succeeded in that. “I’m real mad at the Beastie Boys, they definitely messed up a lot of things for me,” said LL Cool J in a 1987 interview. But the Licensed To Ill formula was not built to last. You can only play the teenage rebels for so long.

Anything from “100 to 300” samples lie within Paul’s Boutique according to one of its creators, Mike Simpson of The Dust Brothers. With production partner John King the duo crafted Paul’s Boutique from their LA studio armed with an MPC and a near-encyclopaedic knowledge of funk, soul, rock, rap, jazz and everything in-between. For the Beasties, Paul’s Boutique was their unabashed ode to ’70s funk and bravado, an album as lyrically potent as it was tongue-in-cheek and one that helped set the tone for rap music throughout the ‘90s.

Marking 28 years of Paul’s Boutique, we scratch the surface of the samples that epitomised this landmark LP from one of Brooklyn’s greatest exports. 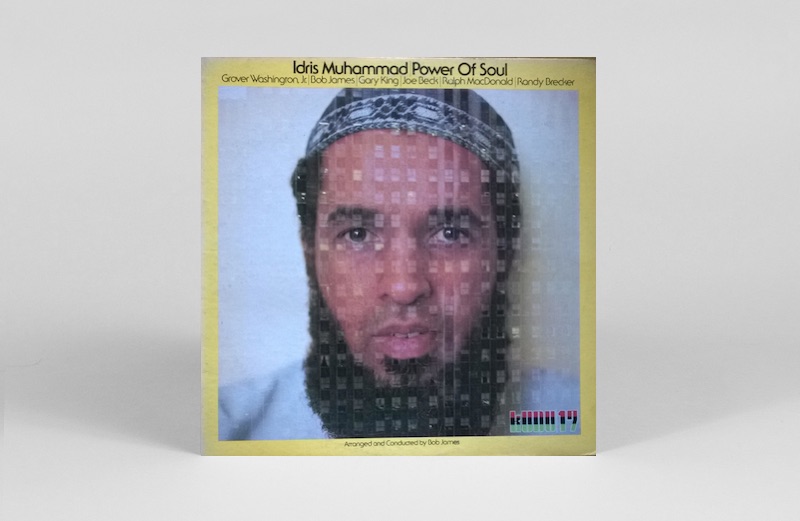 Taken from Idris Muhammad’s 1974 jazz odyssey Power of Soul, ‘Loren’s Dance’ was the first taste of the Beastie’s second coming. Of his twelve albums as bandleader and over 50 collaborative LP’s alongside the American greats in Pharoah Sanders, Ahmad Jamal, Lou Donaldson and many more Power of Soul is considered Muhammad’s most commercially successful album (in jazz terms). ‘Loren’s Dance’ was one of the four-track LP’s standouts. 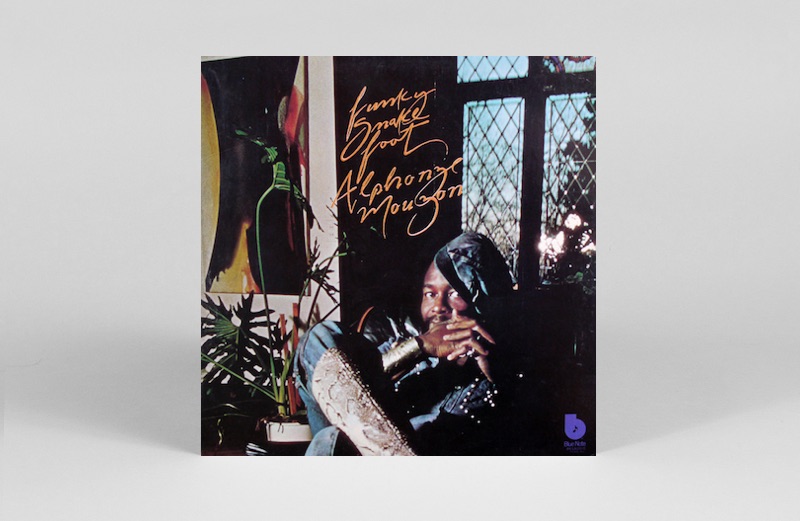 As one of the most underrated breaks in sampling Alphonse Mouzon’s criminally slept on ‘Funky Snakefoot’ appears only a handful of times in modern day hip-hop. Although Kris Kross’s ‘I Missed the Bus’ didn’t exactly set the world alight, the Mouzon break would become the backbone to one of the Beastie’s most recogniseable party anthems ‘Shake Your Rump’. 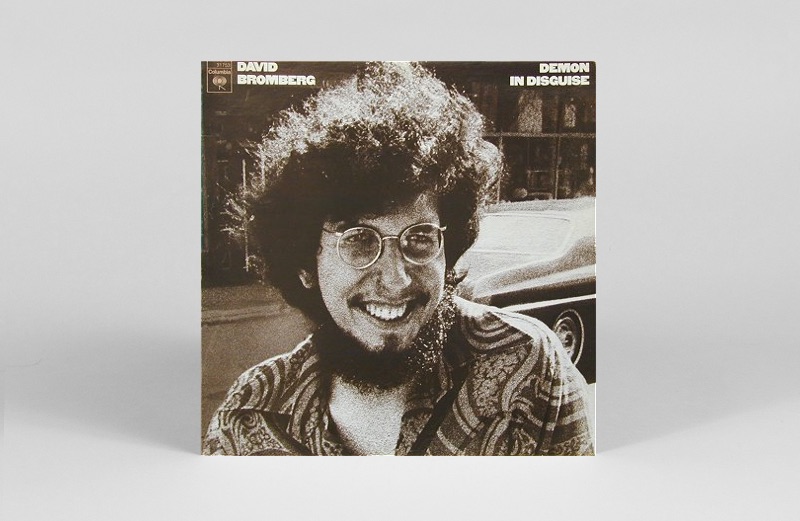 The legend of Johnny Ryall is unique to each B-Boy enthusiast you encounter. Some say “Johnny Ryall” was used to describe the Beasties’ then feud with Def Jam over unpaid royalties (‘Ryall’, ‘Royal’, get it?!). Ryall was a rockabilly-looking guy who would sit on the stoop of Diamond’s house and “looked like the fifty-miles-of-bad-road version of Chet Baker,” according to his former roommate Sean Casarov. However the story goes, David Bromberg’s famous guitar line from 1972’s ‘Sharon’ provides the soundtrack to his life. 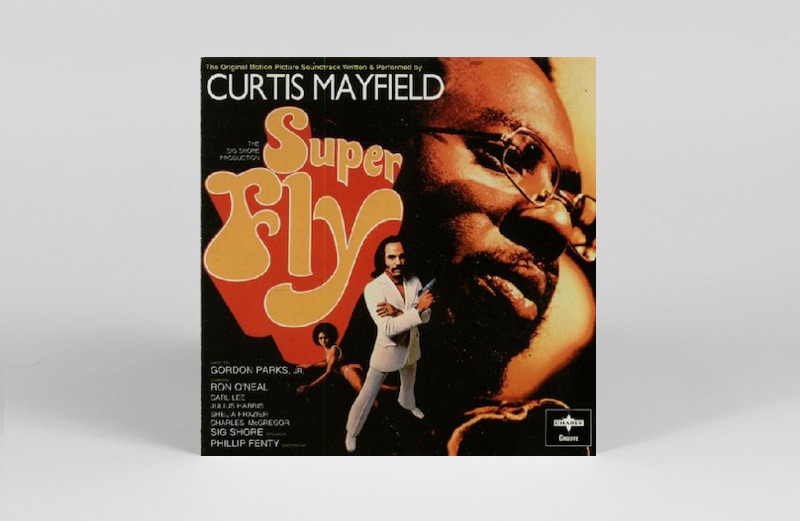 Hip-hop would not be the same today without Curtis Mayfield. Residual influence aside, his tracks have appeared in some of modern hip-hop’s biggest hits. ‘Move On Up’ was the basis for Kanye’s ‘Touch The Sky’, and Mayfield’s 1974 single ‘Kung Fu’ has found its way on to everything from Kendrick’s ‘King Kunta’ to Gang Starr’s ‘Nice Girl, Wrong Place’. Arguably Mayfield’s strangest influence on hip-hop however is on the ‘Superfly’ sampling ‘Egg Man’, an ode to the Beastie’s longtime love of hurling eggs from hotel rooms and car windows at unsuspecting passers by. 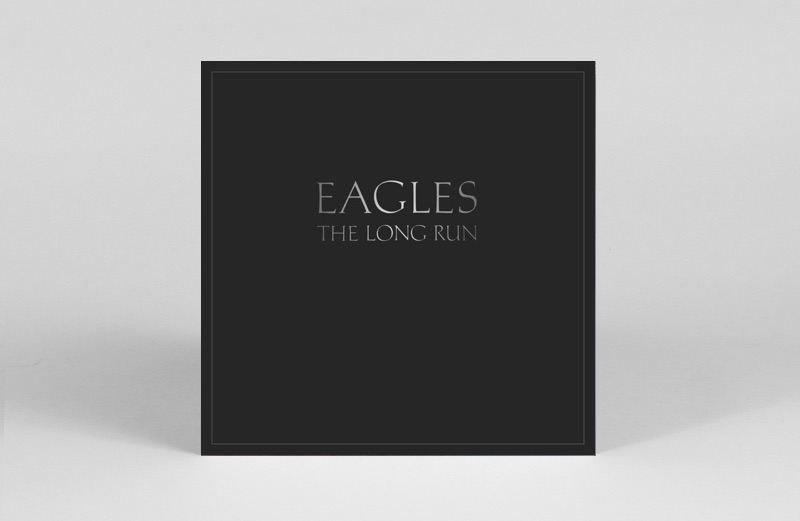 Sample: Eagles
‘Those Shoes’ from The Long Run
(Asylum records, 1979)

The Beastie Boys have never been ashamed of their rockier side, happy to take what they needed from air guitar favourites Eagles. Cribbed from the 1979 7x platinum selling Dad rock staple The Long Run, ‘Those Shoes’ formed the basis of the Beastie’s homage to Clint Eastwood. Both Eastwood and Eagles are as quintessentially American as apple pie and private healthcare, so perhaps that’s where the connection lies. Or maybe, the Beastie’s simply found a guilty pleasure in ‘Those Shoes’… 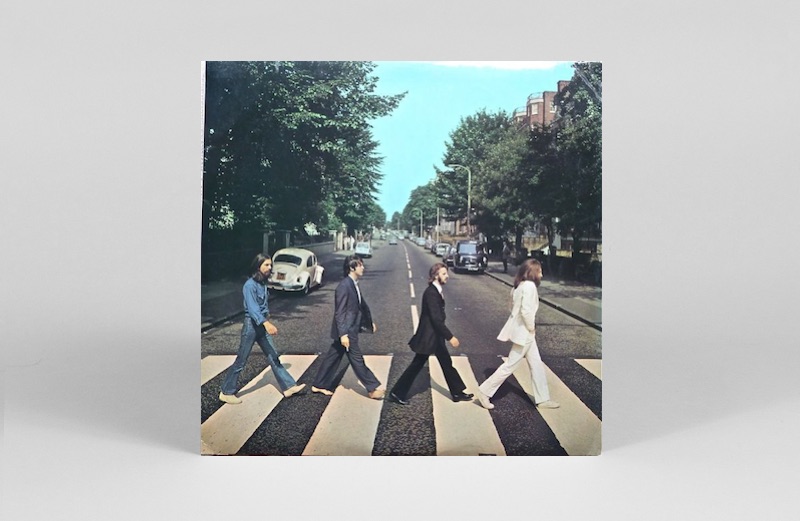 ‘Dropping science’ finds its origins with the Five-Percent Nation, otherwise known as Harlem’s The Nations of Gods and Earth; a black cultural movement founded in 1964 that later coined many of the hip-hop slang colloquialisms. Jay Electronica, Big Daddy Kane, Wu-Tang and Nas are all affiliated with the Nation in some form or another, but in ‘The Sounds of Science’ the Beasties looked to The Beatles and their Abbey Road album track ‘The End’ to concoct their own kind of experiment. The irony of three, middle-class white kids adopting the Five-Percent Nation phrase over a Fab Four beat is not lost… 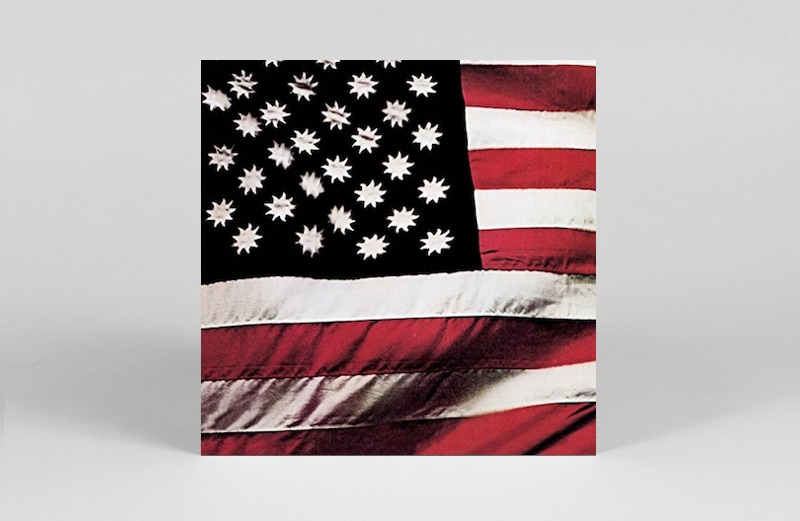 Sly & the Family Stone’s ‘Brave & Strong’ has influenced every decade of hip-hop since the ’80s; S.F.C.’s ‘Kill the Spirit’ (1993), Wu Tang’s ‘Windmill’ (2007) and ‘Belly of the Beast’ from Joey Bada$$ (2015) all cut-and-paste multiple elements from the 1971 classic. But before anybody came the Beasties who immortalised Sly with ‘3-Minute Rule’, the trio’s unashamed love letter to the cheeba. 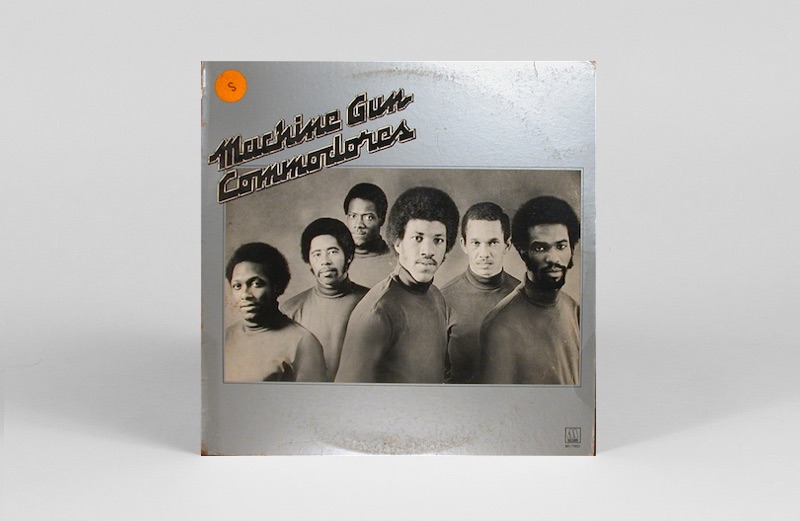 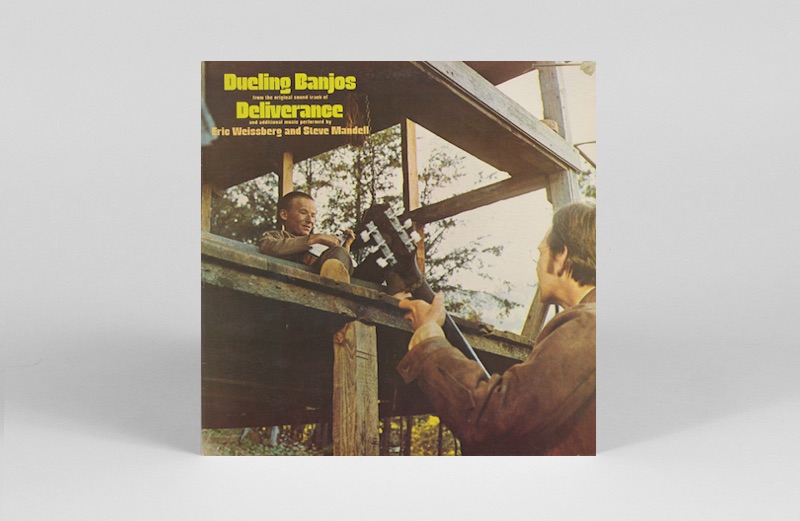 If there’s one thing The Dust Brothers’ excelled in it was their ability to turn records your grandparents would turn their noses up at into boombox staples, and ‘5-Piece Chicken Dinner’ puts that theory to the test. Taken from the famous duelling banjo scene from the 1972 film Deliverance, ‘5-Piece Chicken Dinner’ is more a Beastie Boys branded skit than anything you could ever get down to. 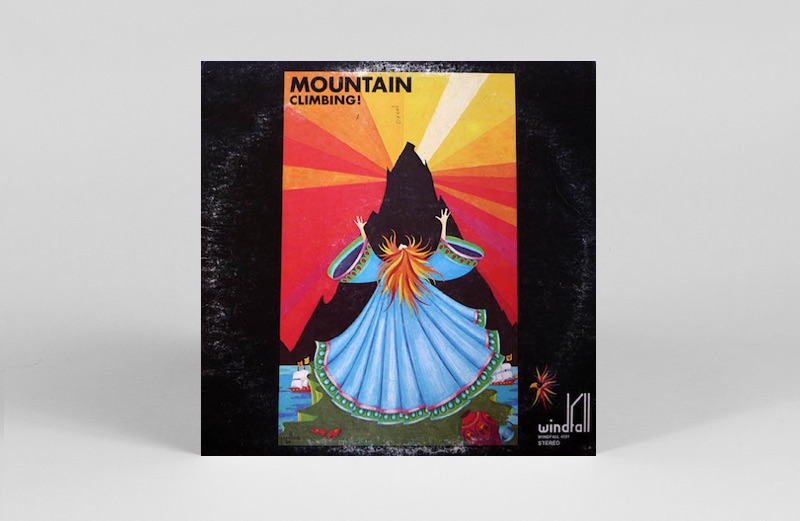 For an album so littered with samples ‘Looking Down the Barrel of a Gun’ is relatively sparse; featuring only Mountain’s 1970 single ‘Mississippi Queen’ and the Incredible Bongo Band’s ‘Last Bongo in Belgium.’ But what ‘Looking Down the Barrel of a Gun’ did is hint at the trio’s next phase. 1992’s ‘Check Your Head’ took the Beastie’s back to their punk rock roots, trading the MPC for their teenage instruments away from the sample-soundtracked rhymes of Paul’s Boutique. 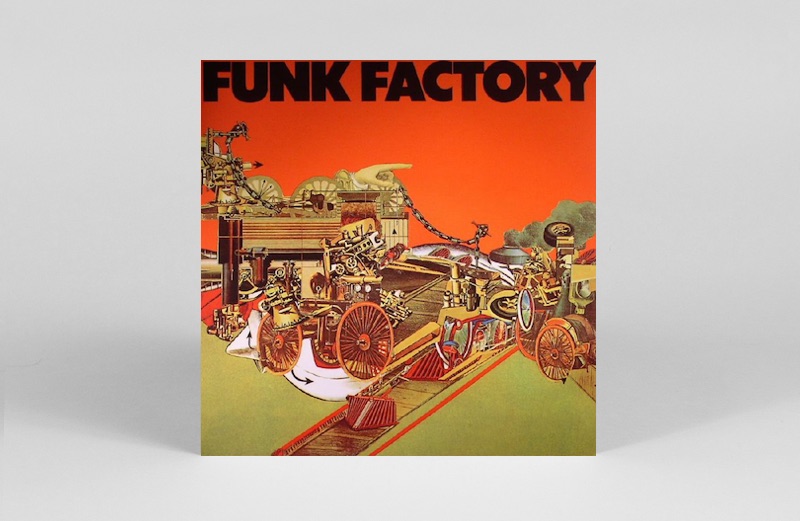 Taking its cues from Trouble Funk and The Jackson 5 it’s no wonder ‘Car Thief’ is one of Paul’s Boutique’s most bumpable records and a masterclass in early-sampling prowess from The Dust Brothers; owing its main groove to Funk Factory’s ‘Rien Ne Va Plus’. Funk Factory was one of many side-projects throughout the career of Polish jazz composer and band leader Michael Urbaniak. Funk Factory’s self-titled LP appeals to the more adventurous jazz fans, with ‘Rien Ne Va Plus’ being one the less out-there tracks on a record, recently reissued by Be With. 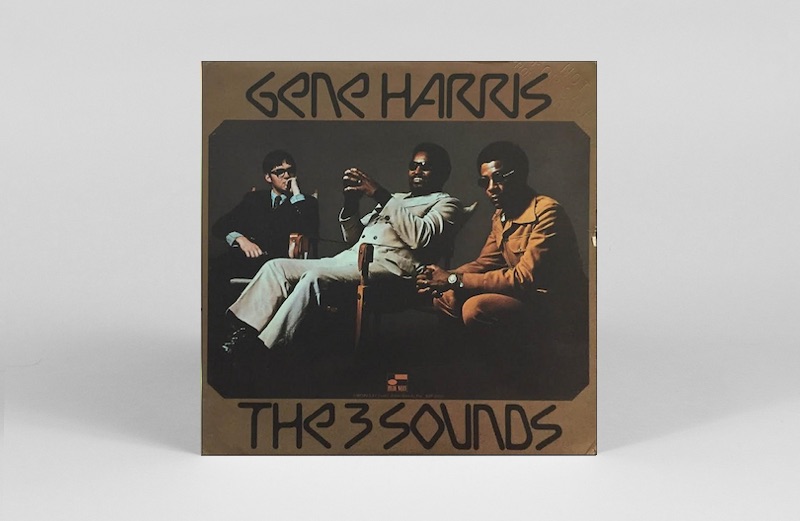 Gene Harris was an American jazz pianist known as a key figure in the emergence of soul jazz in the late ’60s and ’70s; a more free-flowing form of jazz that disregarded many of the parameters that defined the genre. Years later, the Harris sampling ‘What Comes Around’ helped the Beastie Boys do the same. 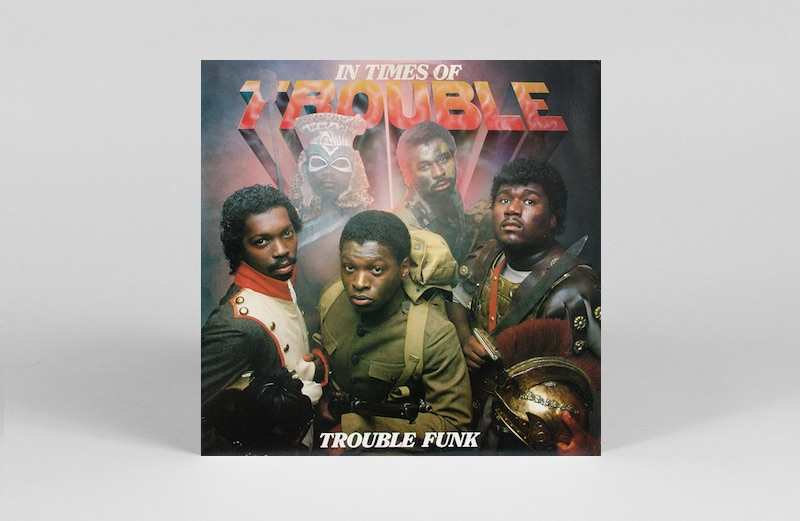 ‘Shadrach’ was the second and last single to be taken from Paul’s Boutique, but 23 years after the LP’s release a barely noticeable sample from Trouble Funk’s ‘Say What’ would see the Beasties on the receiving end of a lawsuit. Filed the day before Yauch’s passing on 3rd May 2012 by the infamous TufAmerica – known for pursuing often trivial legal claims against names like Jay Z, Frank Ocean and LL Cool J – legal proceedings lasted three years before the Beasties were granted summary judgement and the case was dismissed.

“Call Paul’s Boutique, ask for Janice, The number is, ah, (718)-498-1043,” begins ‘Ask for Janice’ which doesn’t actually contain a sample at all, (or, one that hasn’t been traced, at least). But much like Johnny Ryall the origins of Janice are shrouded in mystery. Sprawl through one of the many Beastie Boys message boards dedicated to the subject and Janice, the voice of Paul’s Boutique if you will, either never existed in the first place, or will put a curse on you if you ever dared to call the (718)-498-1043 number. 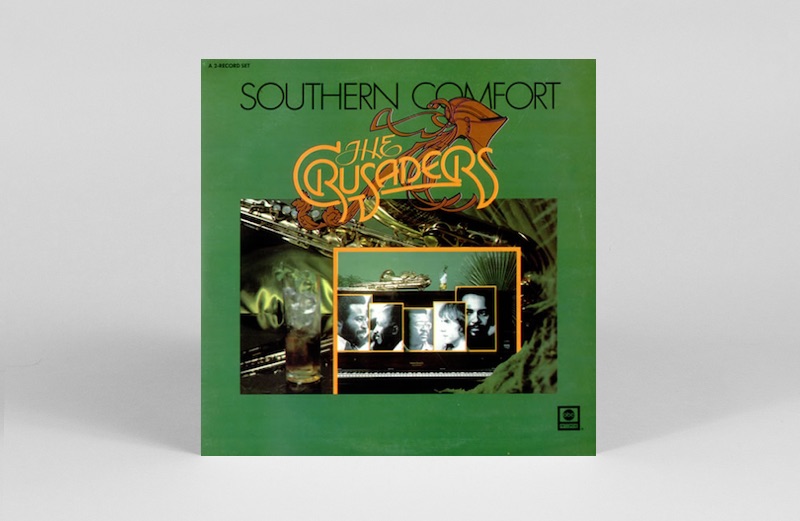 Before Tom Rowlands and Ed Simons became The Chemical Brothers they were known as The Dust Brothers in honour of their favourite producers of the same name. Legalities meant the name didn’t stick around long for the dance music icons, but the similarities didn’t end there for the two respective dusty duos. The instantly recognisable intro to The Chemical Brothers’ 1997 UK number one ‘Block Rockin’ Beats’ is owed to the The Crusaders’ ‘The Well’s Gone Dry’; also popping up in the Beastie’s 12+ minute long Paul’s Boutique closer ‘B-Boy Bouillabaisse’.