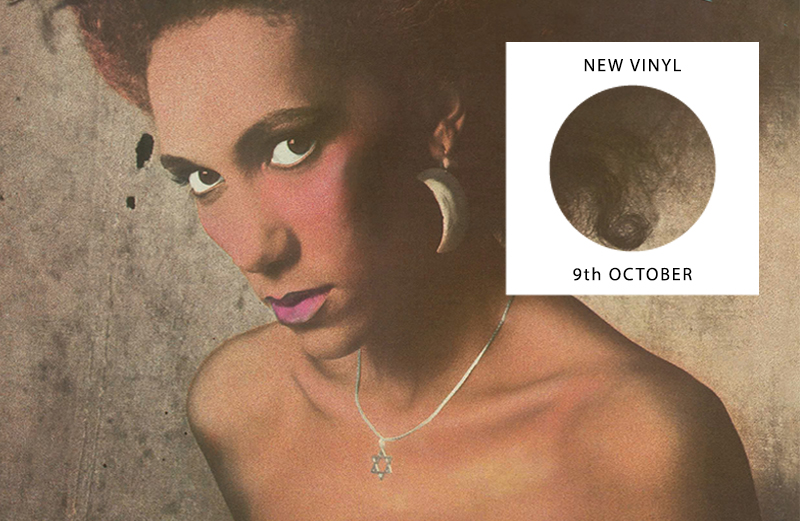 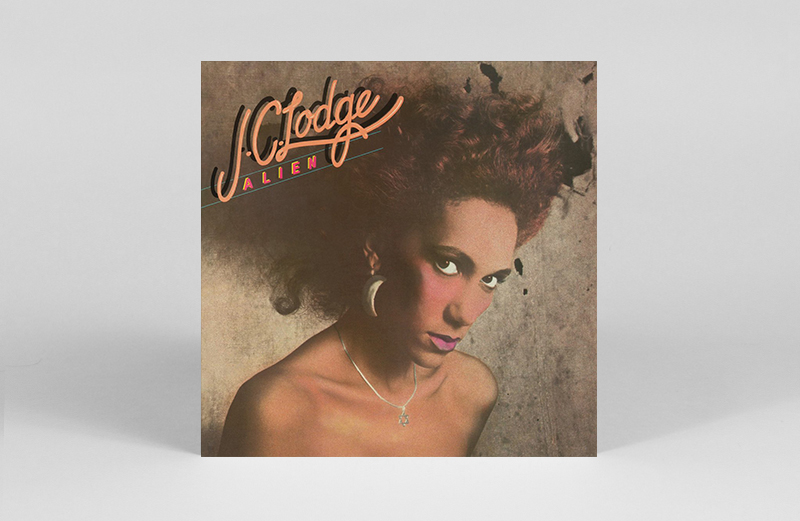 J.C. Lodge’s highly sought after track ‘Alien’, produced by Jamaican maestro Willie Lindo, has finally been repressed on vinyl as a 12″ single voa Miss You Records. An experimental fusion of reggae and electro, originally only released as part of the 1984 Revealed album, the song stands the test of time as an ultimate dance floor groover, with sultry lyrical tones by actress/singer J.C. Lodge drawing you in. It could be argued that ‘Alien’ is the best song created by the duo, and it’s an exciting addition to any collectors selection – whether you’re a diehard afficionado or newer to the game. – EH 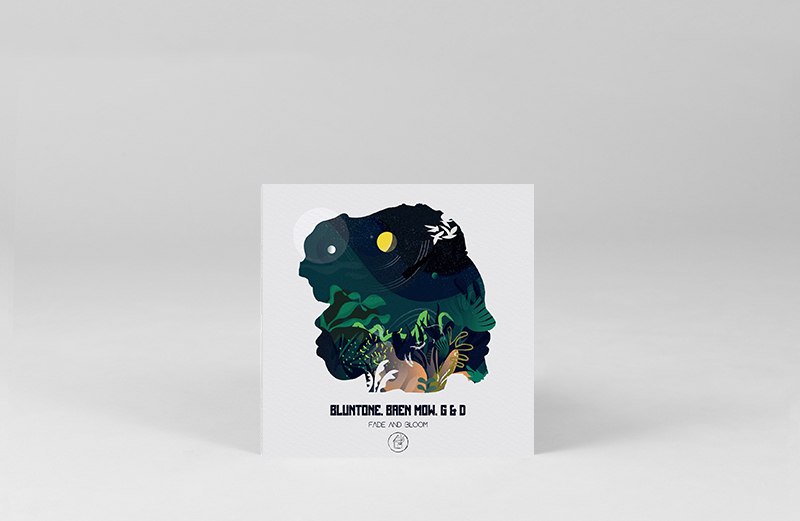 Fade and Bloom is an offering of lo-fi, jazz hip-hop that is perfectly apt for this year: its two tracks – ‘Babylon Rots’ and ‘How I Feel’ – are both subdued and melancholic. “Babylon rots when I control my own thoughts,” is a bar and a half by Georgia Anne Muldrow, who features throughout the record. The project is littered with the sort of wisdom that feels especially timely today. The beats themselves are a collaborative effort between BluntOne and Baen Mow – given the soundscape they were able to create on just two songs, imagine what could be done if the duo had more room to roam. – JB 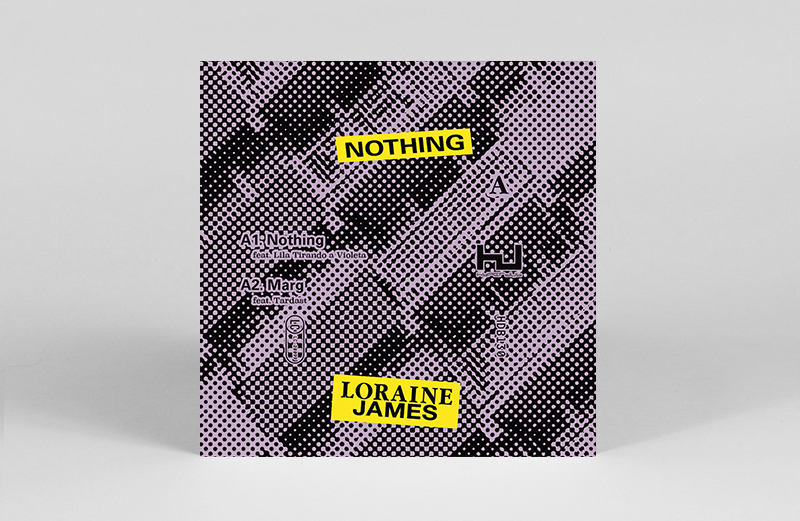 Responding to a public call for collaboration, Lila Tirando a Violeta, Tardast, and Jonnine Standish join Loraine James for an EP of hybrid club styles and a narrative that passes from “numbness to a kind of clarity” – Nothing. Within this shift, impulsive electronics and imaginative production set each track off along differing trajectories, and an initial refrain of “we don’t feel nothing”, unexpectedly turns its way to the emotive pull of closer ‘The Starting Point. – JH 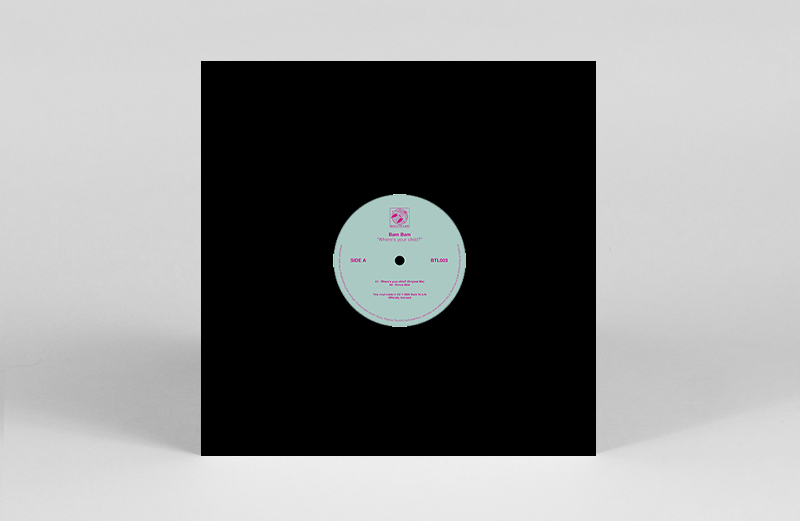 Bam’s 1988 track ‘Where’s Your Child?’. An alias of prolific producer, multi-instrumentalist, label Chris Westbrook, who helmed tracks by Mike Dunn, Armando and Lisa T amongst many others – 32 years later and Bam Bam’s tune is as apt now as ever, reissued by Back To Life. On the flip, the ‘Bonus Beat’ is total percussive-tanked rave joy. Play it loud, even if it is only at home. – GH 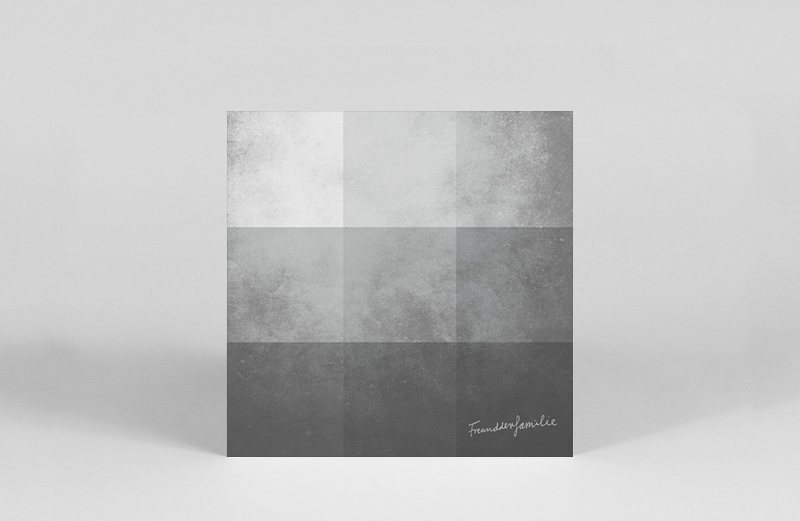 Klaus Rakete’s and Mirko Hunger’s much-loved, Berlin label Freund der Familie is an imprint that truly embodies a sense of collectivity and togetherness. Perhaps it is the nonhierarchical curation combined with an approachable yet refined take on ‘deepness both fuzzy and cloudy’ which makes FDF so inviting. Its latest physical offering – a mysterious double 10″ courtesy of a certain unknown artist – is no exception. The limited black and grey marbled package hosts a collection of four, bubbling slow-motion dub techno pulsers. Throughout it pays tribute to the spiritual reggae of Rastafari Elders brought alive by Bongo Shep’s vocal excursion mingling with buoyant basslines, effervescent stabs and swarming, hiss-fuelled hi-hats. – LS 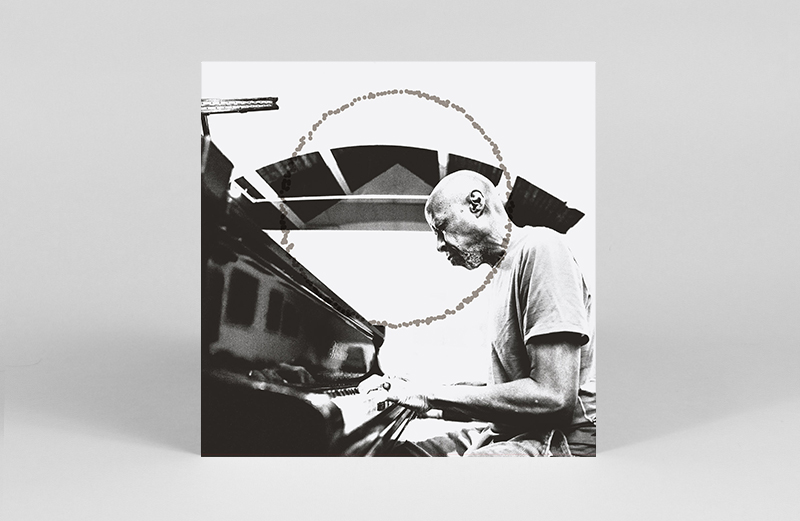 Purveyor of ambient zen Laraaji follows his Sun Piano LP with Moon Piano – the second record in a trilogy. Delving into more introspective sonics, he describes the album as “sound painting, embracing quiet tranquil unfolding of nurturing reflection… The piano became an instrument for the imagination to suggest higher or finer worlds, to suggest a joy, euphoria, bliss, also to suggest silence, minimalism, relaxation, and contemplation.” 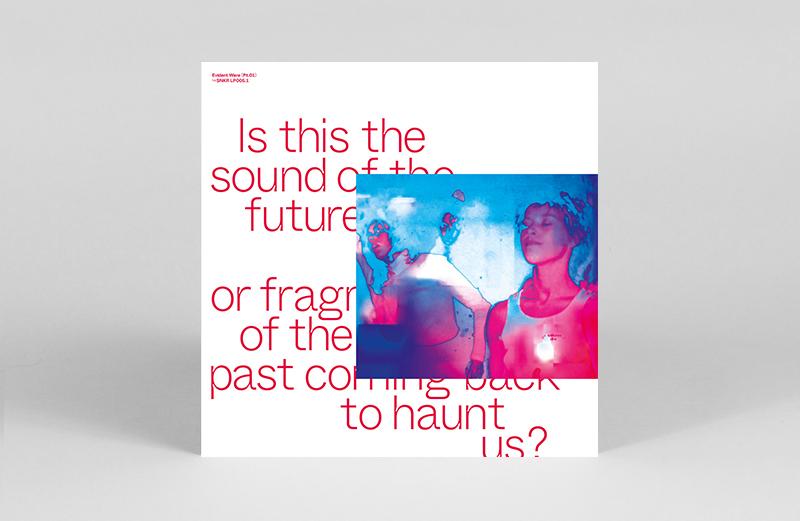 Bristol-based label Sneaker Social Club recruits an international, all-star cast to revisit the sounds of rave on a double LP that simultaneously contemplates whether we’re making the sounds of the future or simply reworking the fragments of the past. Exploring the influence of hardcore, and in turn the scenes that have risen from its daring style, this course of music has always been a route of escapism in times of serious adversity. In 2020, the UK scene is currently facing increasing pressures and threats to its very existence. Embracing the spirit of escapism, Peder Mannerfelt, DJ Guy, Clouds and fast rising stars such as Forest Drive West steer the helm of the musical ship on volume one of this compilation. Expect thrashing breaks, furious BPMs and electrifying baselines keeping the spirit of the dance alive. – EH 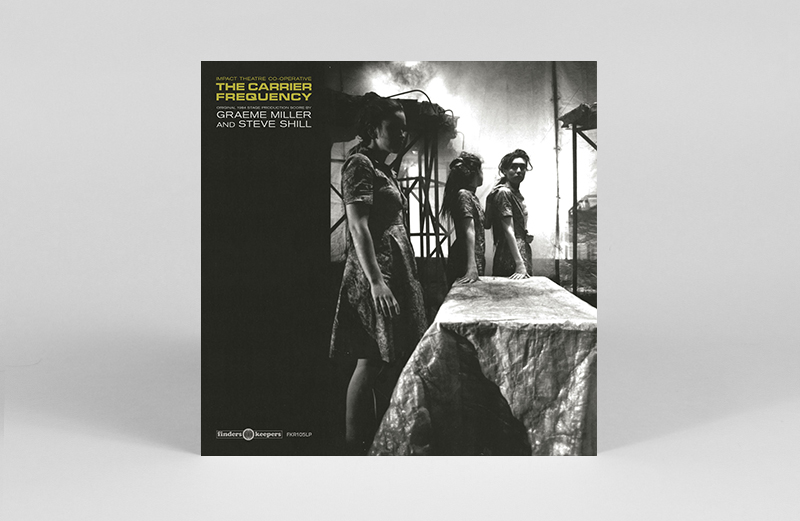 Following Graeme Miller & Steve Shill’s otherworldly soundtrack to cult children’s TV show The Moomins, Finders Keepers return to the duo’s vault and bring forth this 1984 score to the Impact Theatre Co-operative’s stage work The Carrier Frequency. From the outset, there’s a feeling of an electrical presence in the midst of acoustic sounds, and as this “cyclic incantation” progresses, feeling becomes the current that mechanically skews voice and instrumentation into striking forms. Letting fragments of sound mesh with each other, The Carrier Frequency transposes the squeeze of an accordion or harmonium into the realms of a clanking machine, where the air passing through them feels oddly bound to the turning of a tape loop. – JH 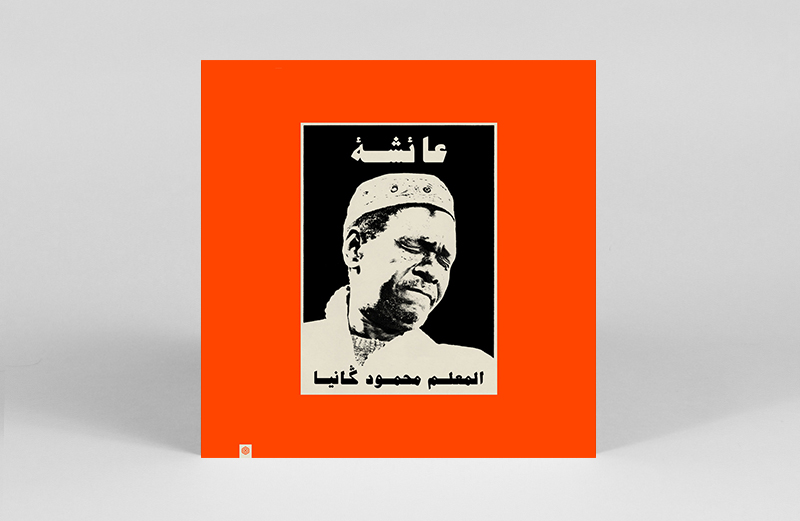 Brighton-based Hive Mind Records has built a respectable reputation offering beautiful physical editions of vintage and contemporary music from Africa and Asia. For its tenth release, they are returning to the archives of the late king of spiritual Gnawa music Maalem Mahmoud Gania whose Colours of the Night inaugurated the label in 2017. Aicha – an album that was recorded in Gania’s hometown of Essaouira and originally released on tape in the late ’90’s – is a masterpiece that certainly deserves Hive Mind’s affectionate remaster and vinyl treatment. It emanates powerful energies of ritual poetry and an urgent sense of ecstatic rhythm, both of which seamlessly mingle with Gania’s transcendental guimbri skills. – LS 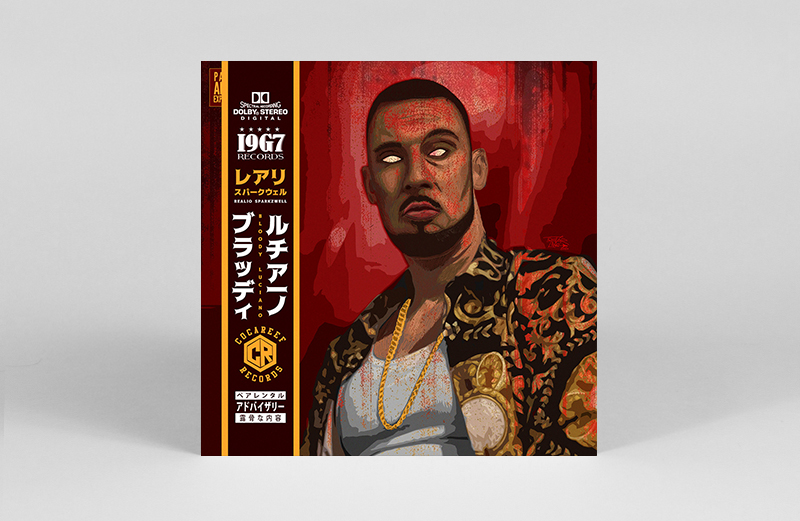 More Cocareef for your headtop means more of the best gutter rap coming out of New Jersey. It’s another mafioso type theme, but the abstract and imaginative lyricism matched with Clypto’s soul and synth-laced production makes this one of the standout projects the label has released this year (and there have been a lot). Crem’ Brulee’ opens the album and sets the tone for what lies in store, with Sparkzwell’s gruff voice offering a perfect contrast to the synth-led beat. – JB