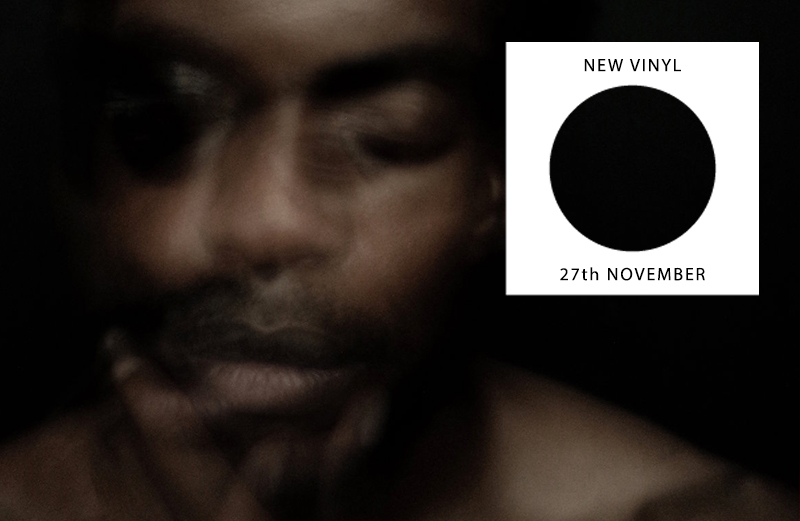 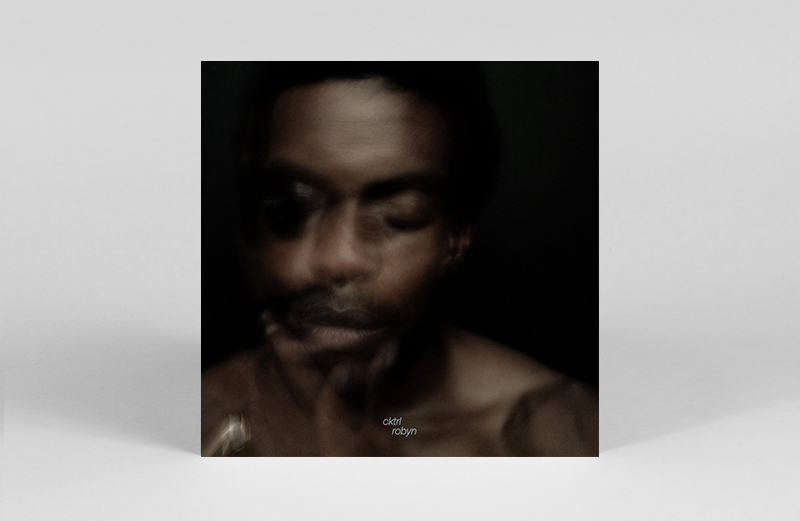 On cktrl’s latest EP, Robyn, he has managed to capture and bottle all of the myriad of emotions any one person can feel in a calendar year, wrapping it in a soliloquy of pain and healing. The opening track on the vinyl release, ‘dreams of you, are too much to speak’ is saddening while also hopeful in the feelings it conjures, later moving into love, with the clarinet exuding more joy that gently lifts throughout – a sentiment that resonates across the EP. It’s the latest deft release from London-based label Touching Bass, following Demae’s album Life Works Out…Usually, which is also well worth checking out. – JB 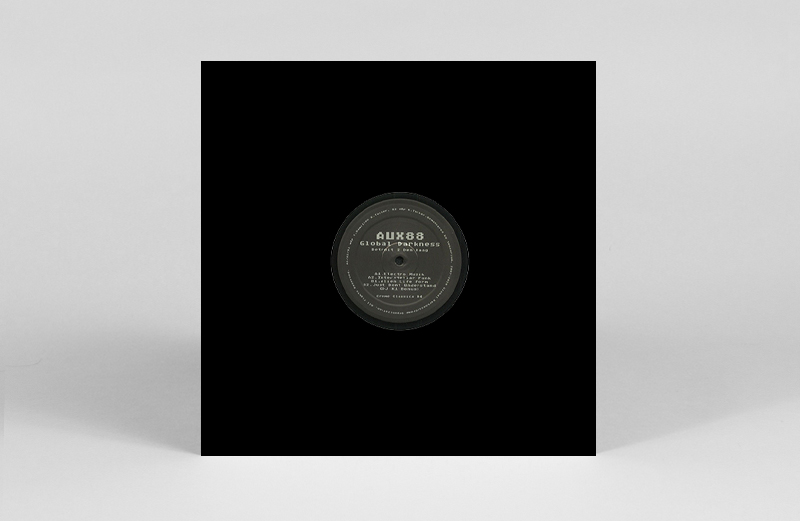 With nearly thirty 12” singles to the Aux 88 name in a span of as many years, getting acquainted can seem a daunting task. For those in such a predicament, this reissue of 2007’s Global Darkness’ is as good a place as any to jump in, and a reminder that Tommy Hamilton and Keith Tucker’s best work wasn’t confined to the 1990s. Varying the aquatic vibes, Global Darkness’ four cuts make for a proper work out of Motor City electro, for uninitiated and seasoned listeners alike. – JH 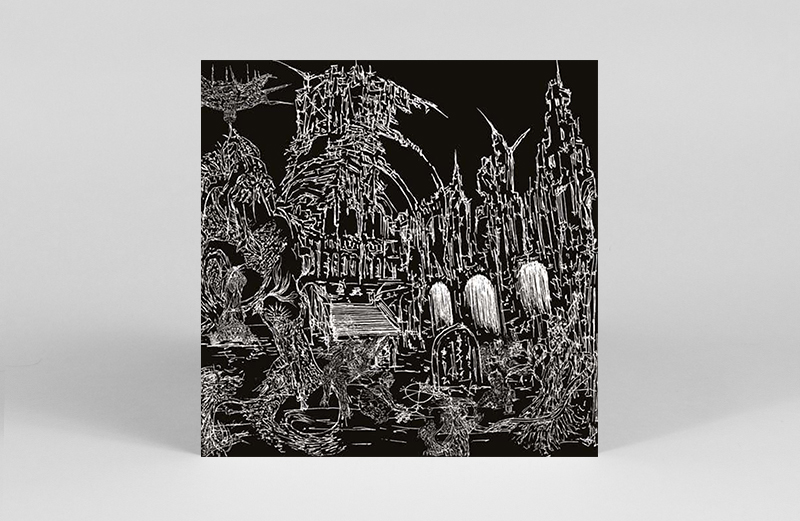 Exploring the ‘phantasmagorical’ realms of experimental rhythms, NKISI presents the first chapter of a new limited vinyl series titled ‘Initiation’. Embracing elements of what can only be titled as hard dance, the EP thunders through a chaotic cataclysm of drums cut across mellow chord progressions, which, as suggested in the title of the series, is only to be understood by the ‘initiated’. The talent of NKISI’s ear cannot be denied, as the listener is taken on a twisting journey of turns throughout her productions with atmospheric suspense. This plays out in the 10-minute opening number ’The Truth Is Elsewhere’, which teases the senses with abrupt structures only to curve through a kaleidoscope of energies before the final summit of drum sequences, arpeggios and chords of clarity – leaning us desperate for more. – EH 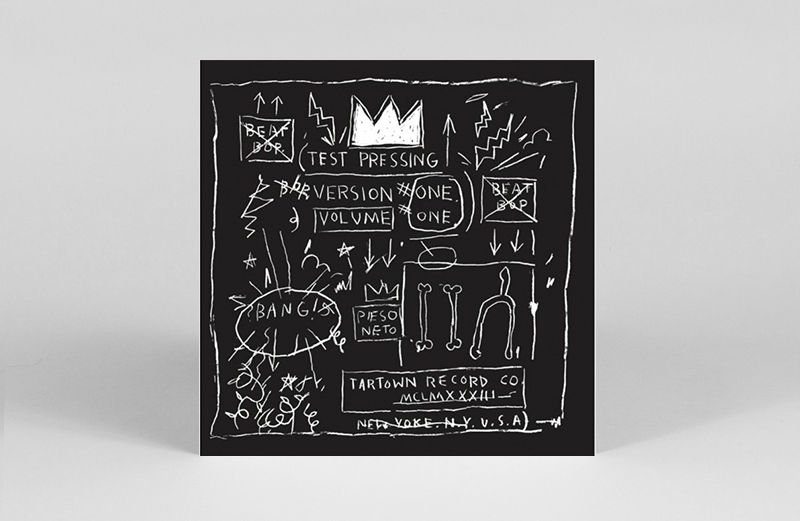 Rammellzee & K-Rob’s ‘Beat Pop’ – the avant-garde hip-hop anthem entwined with mysteries, shrouded in Basquiat artwork, and originally released in 1983 – returns via Mr Bongo. The track is a collaboration between the graffiti legend and musician Rammellzee and rapper K-Rob, boasting the aforementioned cover designed by New York’s prodigious visual artist Jean-Michel Basquiat. This Mr Bongo edition comes neatly packaged, featuring its two full-length cuts: the vocal version on the A-side and instrumental on the flip. – LS 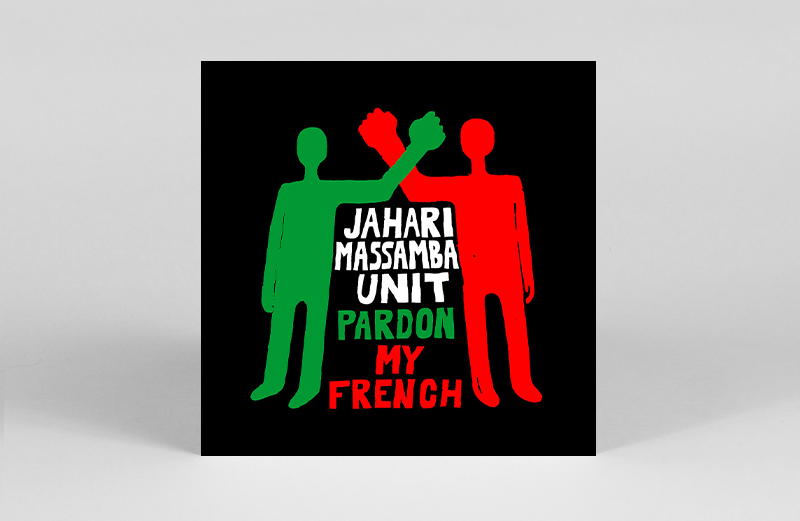 Madlib and Karriem Riggins’ Jahari Massamba Unit sees its awaited full length debut this week. “We would have called it spiritual jazz, but Phil Ranelin told us to call it Black classical music,” the duo shares. However it’s described, an electric, improvisational, astral jazz mood is felt throughout Pardon My French, one that will hopefully be played live by the pair sometime in the very near future. – GH 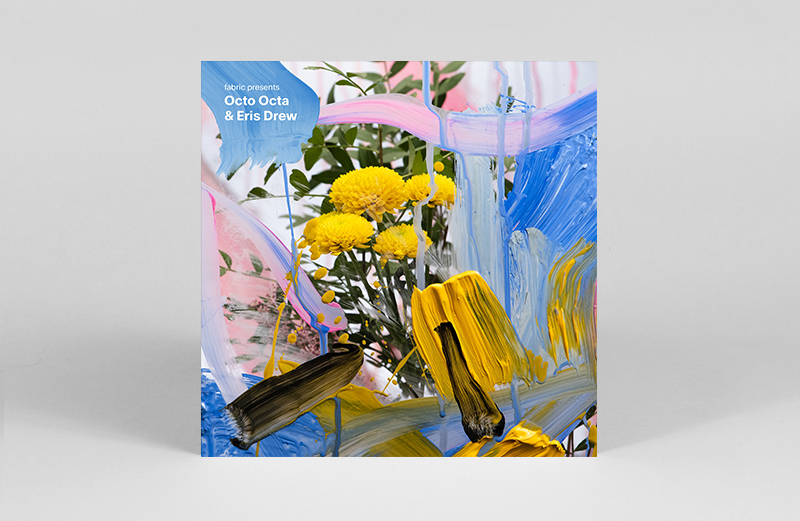 Octo Octo and Eris Drew step-up for the fabric presents series with Hi-NRG heaters that will power home dancing through the winter months, and make you yearn for the day when you can hear the duo lay own a set in a dark and sweaty club once more. Mixing their own productions alongside rarities and pumpers, this is pure feelgood fare, mixed to create maximum euphoric build effect, in their signature style. (If the flute toots of Orbital’s ‘Good Life’ remix don’t get you going, I don’t know what will…) – GH 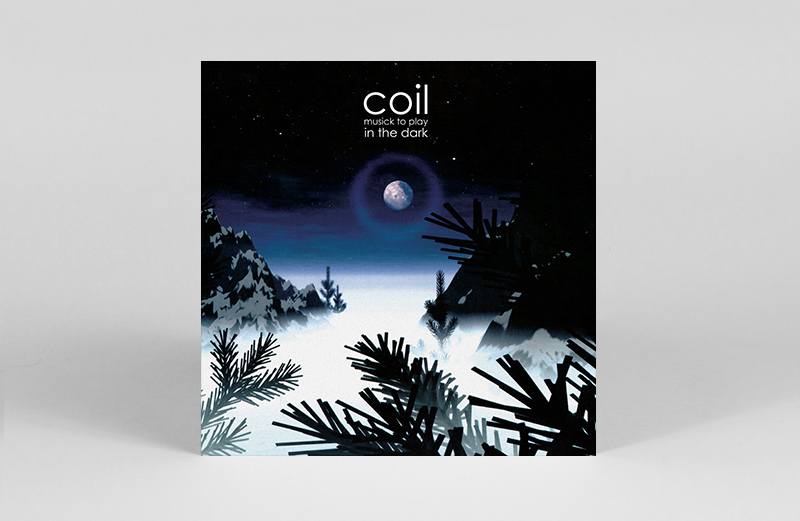 Musick to Play in the Dark

Marking a late ‘90s shift of Coil’s celestial muse from solar to lunar, Musick to Play in the Dark saw the group’s ritualistic, and chemically-indulged, electronics focus on a notion of “moon music”. A work of tides, cycles and powders that finds a certain “grounding” in the occult and West Country landscape, this first time reissue brings one of their most potent efforts back to the fore. – JH 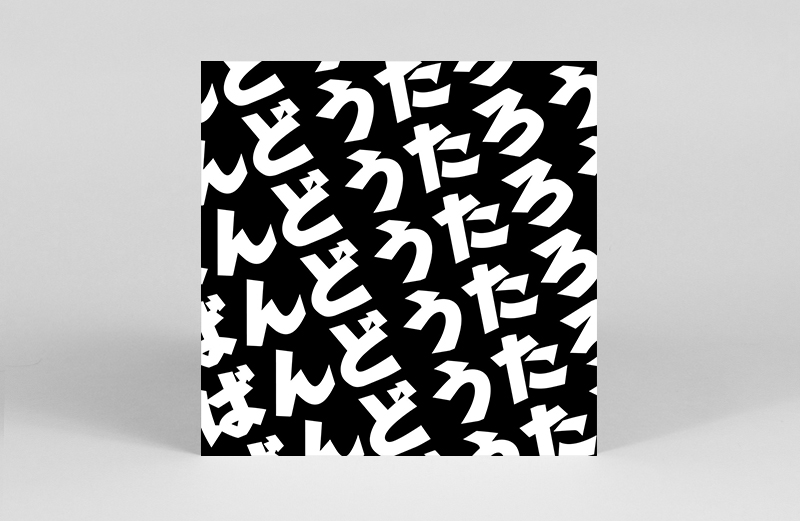 Sugai Ken pieces together an ambitious new project, Tone River, to celebrate the thirtieth release on Field Records, where the artist and label work together to create an inspired journey through sonic art and sound architecture. Commissioned by the Dutch Embassy in Tokyo, Sugai explores the relationship between Japan and the Netherlands with regards to the historical roots in water management. Travelling to points across the Tone River, the field recordings and avant-garde direction of sounds results in a hyper-synthetic exploration of energy transmitted through melody. It’s truly an inspired album, demonstrating just how all mediums of art and history can weave together to form new and exciting narratives. – EH 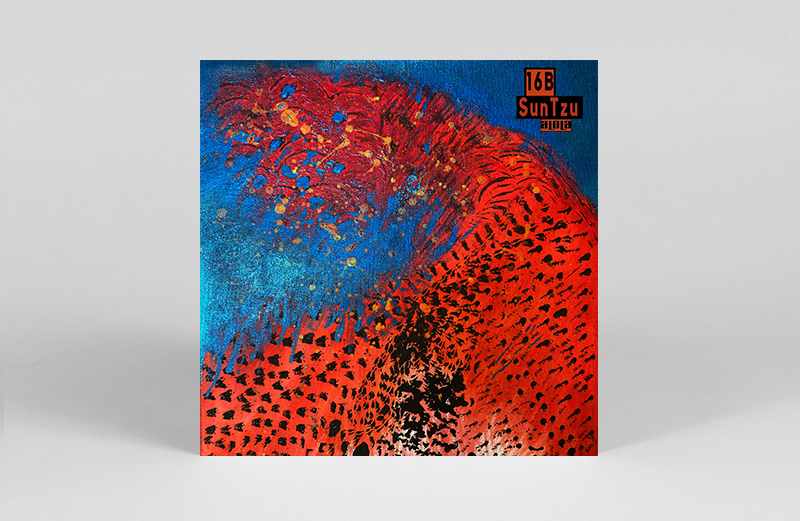 After being at the forefront of the electronic dance scene, Omid Nourizadeh doesn’t know whether Sun Tzu will be his last album or not. If it is, it’s certainly one helluva of a goodbye. According to Nourizadeh, he created the album so that there’s something for everyone, and he’s not wrong. There’s something for those who like a sound with a more a discernible drum pattern, such as ‘Vanished’, or the more spaced-out such as ‘Risk’, for example. It’s an album filled with mixed emotions throughout but they ultimately paint one vivid picture. – JB 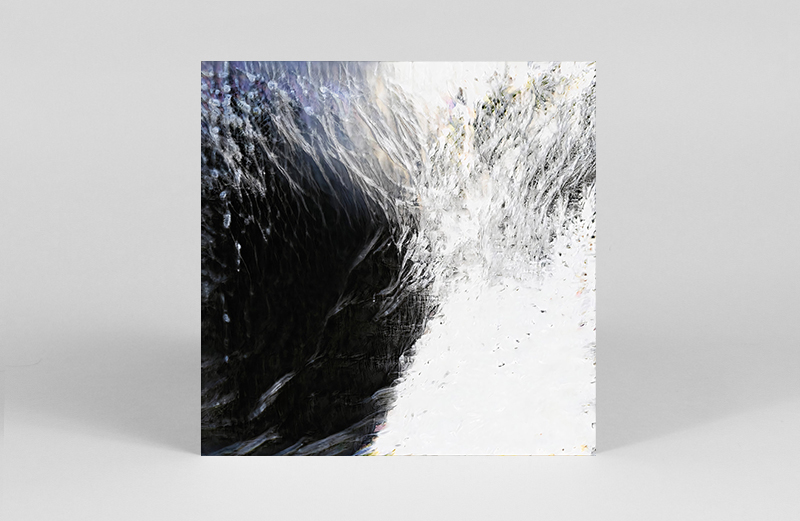 Since 2013, Cologne-based outlet Modularfield has been devoted to presenting a sweeping spectrum of electronic music in a multiplicity of formats. The latest long-player on the label comes courtesy of audio-visual artist Rachel Palmer, whose quest is to find a perfect balance between the two mediums. Antecedent is an ambient album first and foremos, but the influences of early downtempo and IDM are apparent when rhythms and melodies roll in. Each track is a soaring soundscape, sometimes entwined with granular voices, and sometimes tickled by melancholic keys. – LS 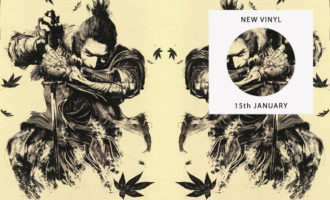 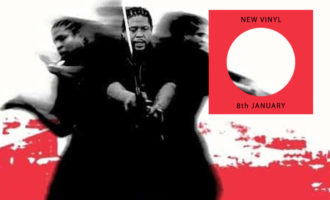