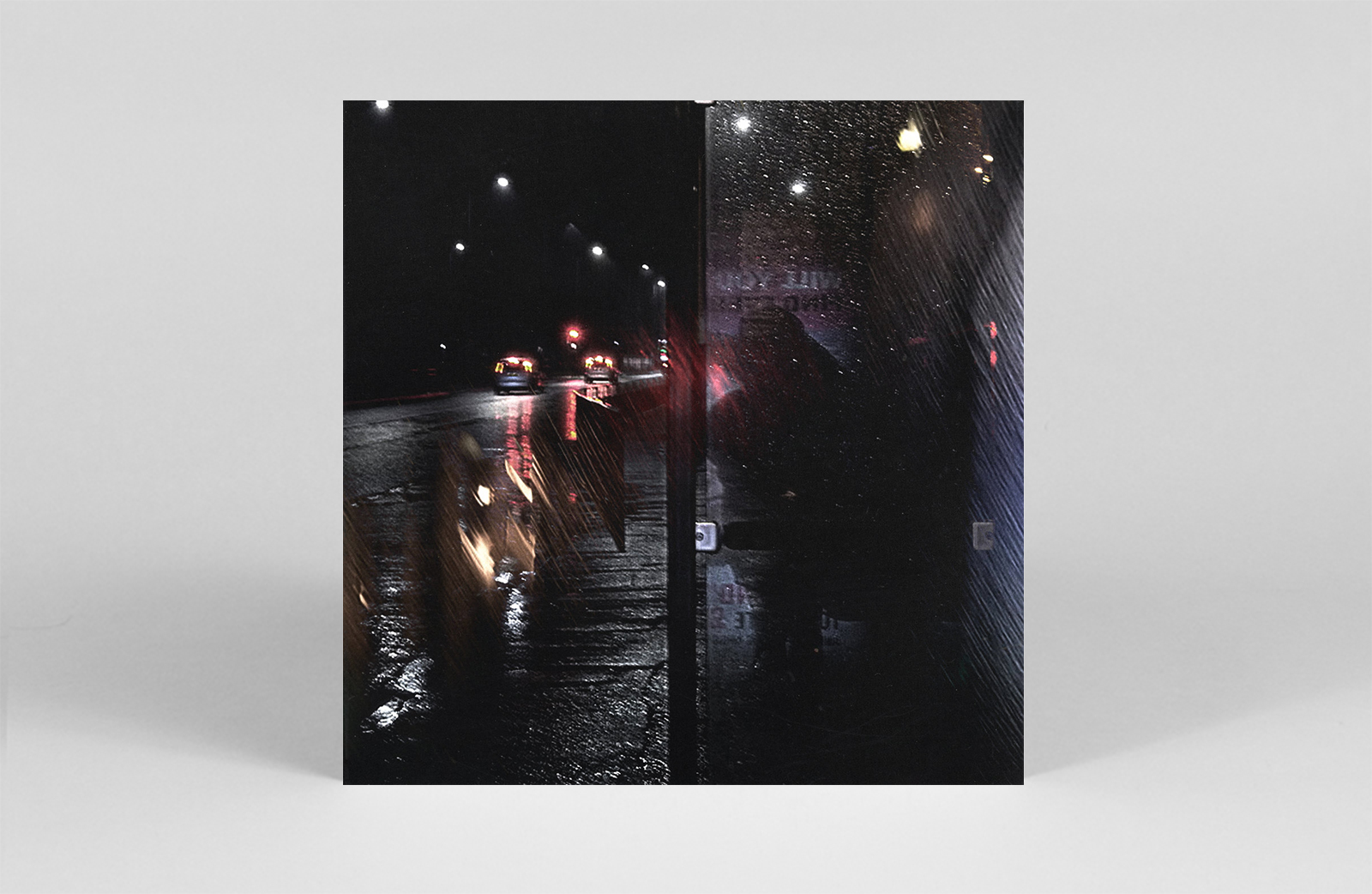 Alive with texture and movement across the stereo field, Joshua Inyang and Joshua Tarelle’s latest work as Space Afrika feels like a compositional glide through electronic and emotional hues. Made up of a world building approach and “overlapping moments”, Honest Labour keeps the percussion stripped-back as it interlocks strings, dialogue, vocals, and a host of electronics within its unique mosaic. – JH 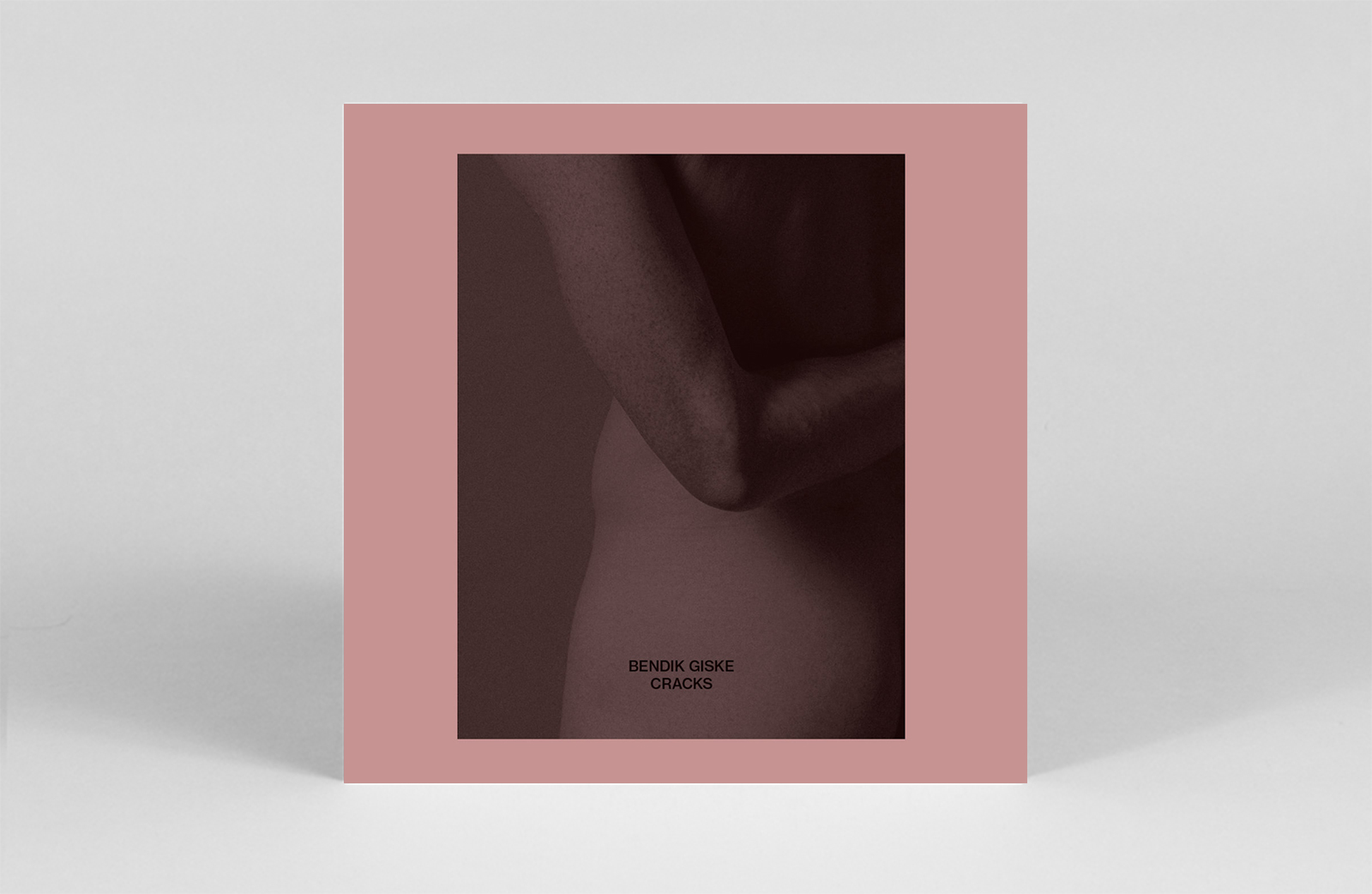 “There is a crack in everything, that’s how the light gets in,” declared Leonard Cohen. On Cracks, Norwegian artist Bendik Giske takes the idea one step further, using these fractures in our realities, and exposing them as sites of liberation. Inspired by queer theorist José Muñoz’s seminal text Cruising Utopia — which argues that queerness must strive towards futurity — Giske similarly propels his saxophone into the future, combining his hypnotic, almost otherworldly, playing with producer André Bratten’s electronics. Ultimately, Giske has managed to create a body of work that demonstrates why we must embrace liminal, transitory realms: for that is where freedom lies. – LR 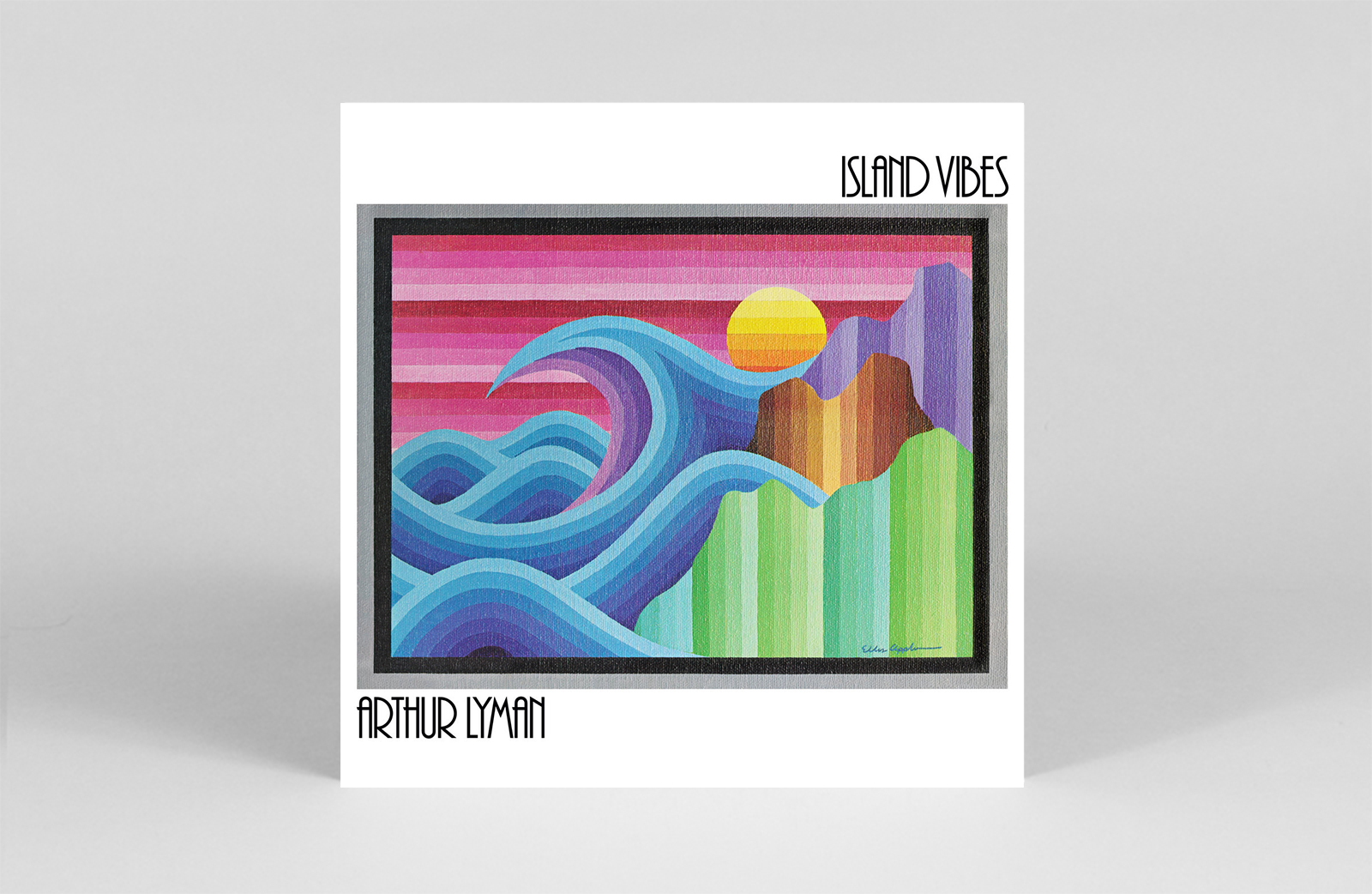 Capturing the spirit of Hawaii’s natural splendour in aural form, Arthur Lyman’s 1980 album Island Vibes receives a loving reissue on Honolulu imprint Aloha Got Soul. Aptly described by AGS as ‘an embodiment of relaxation’, to achieve this the LP incorporates field recordings from the islands, with the serene lulls of vibraphones and jazz tinkles amongst it. Imagine a sonic documentary about the waterfalls, birds, and rushing waters of the Hawaii, while drinking a cocktail out of a pineapple, and you’re already halfway there. – GH 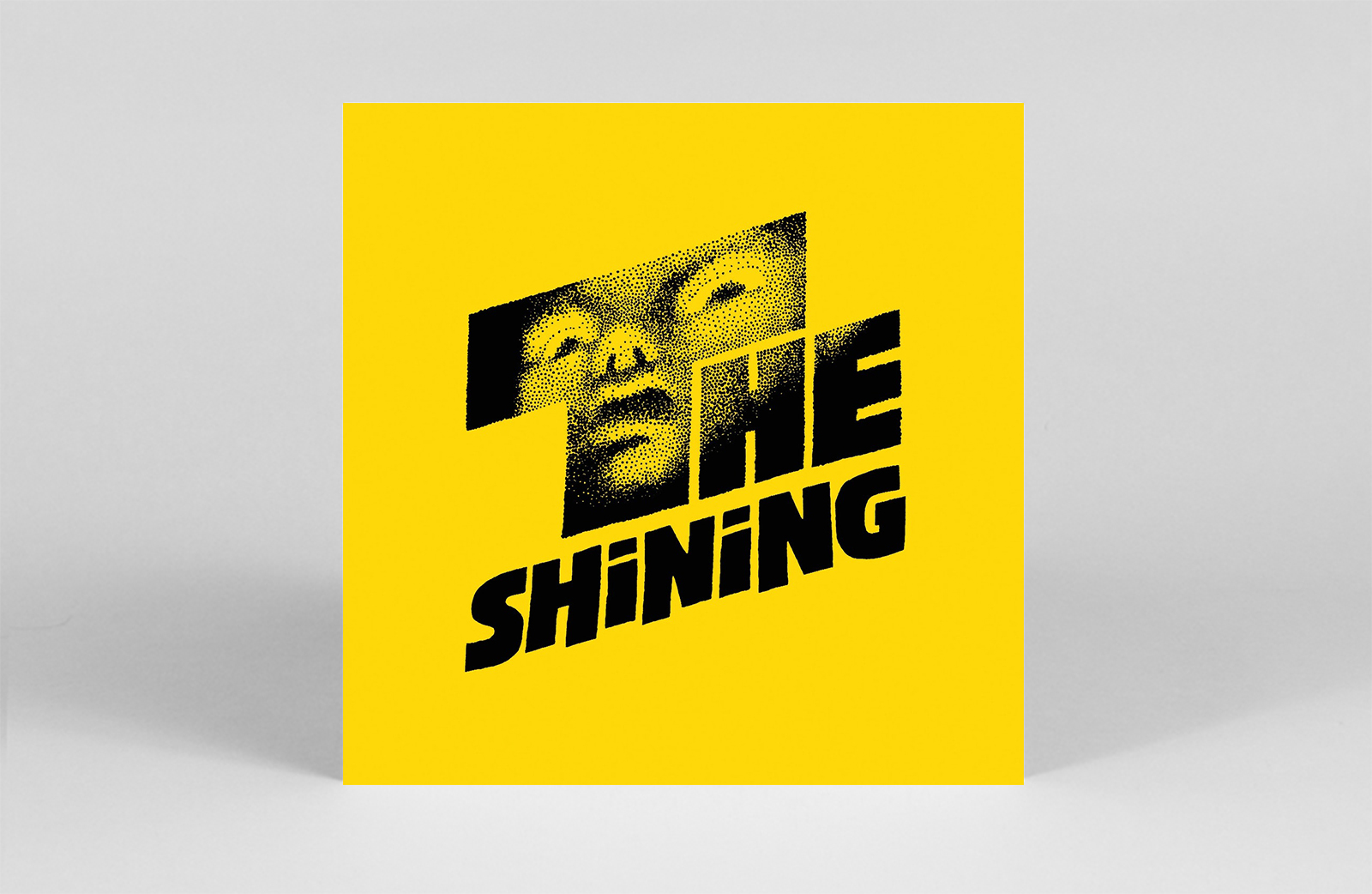 The Shining: Selections from the Original Motion Picture Soundtrack

Wendy Carlos & Rachel Elkind’s compositions for The Shining’s score get their first vinyl reissue in over 40 years this week. While the synthesizers of ‘Main Title’ are sticky with a psychological dread guaranteed to ensnare any listener, ‘Rocky Mountains’ explores more drone-orientated terrain. A testament to Carlos’ truly innovative compositional approach, the two tracks sound as contemporary as anything released this year. – LR 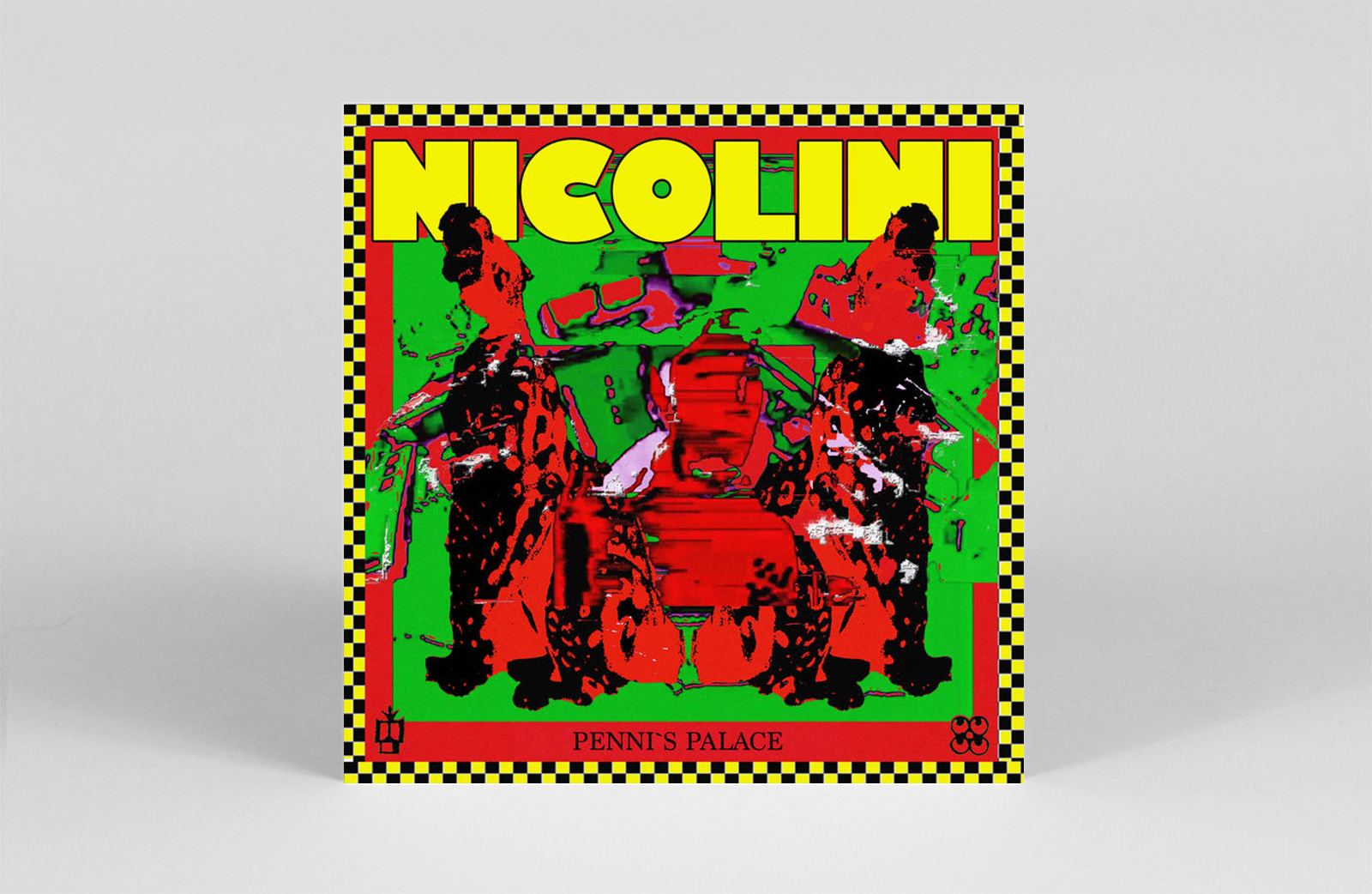 Nicolini is one of the many monikers assumed by Nic Mauskovic, which also include The Mauskovic Dance Band, Bruxas. This particular alias is his manifestation as – or at the very least his kindred relationship with – a resident club feline called Penni. With the encouragement from label head Dominik Rodemann, the Penni’s Palace project takes us on a psychedelic, MPC-laden trip to Amsterdam, incorporating organic sounds of the city alongside Nicolini’s signature nonsensical lyrics, dubby effects, lo-fi drum machines, and psyched-out synths. Favourite track: ‘Snake Head Wire’. – AW 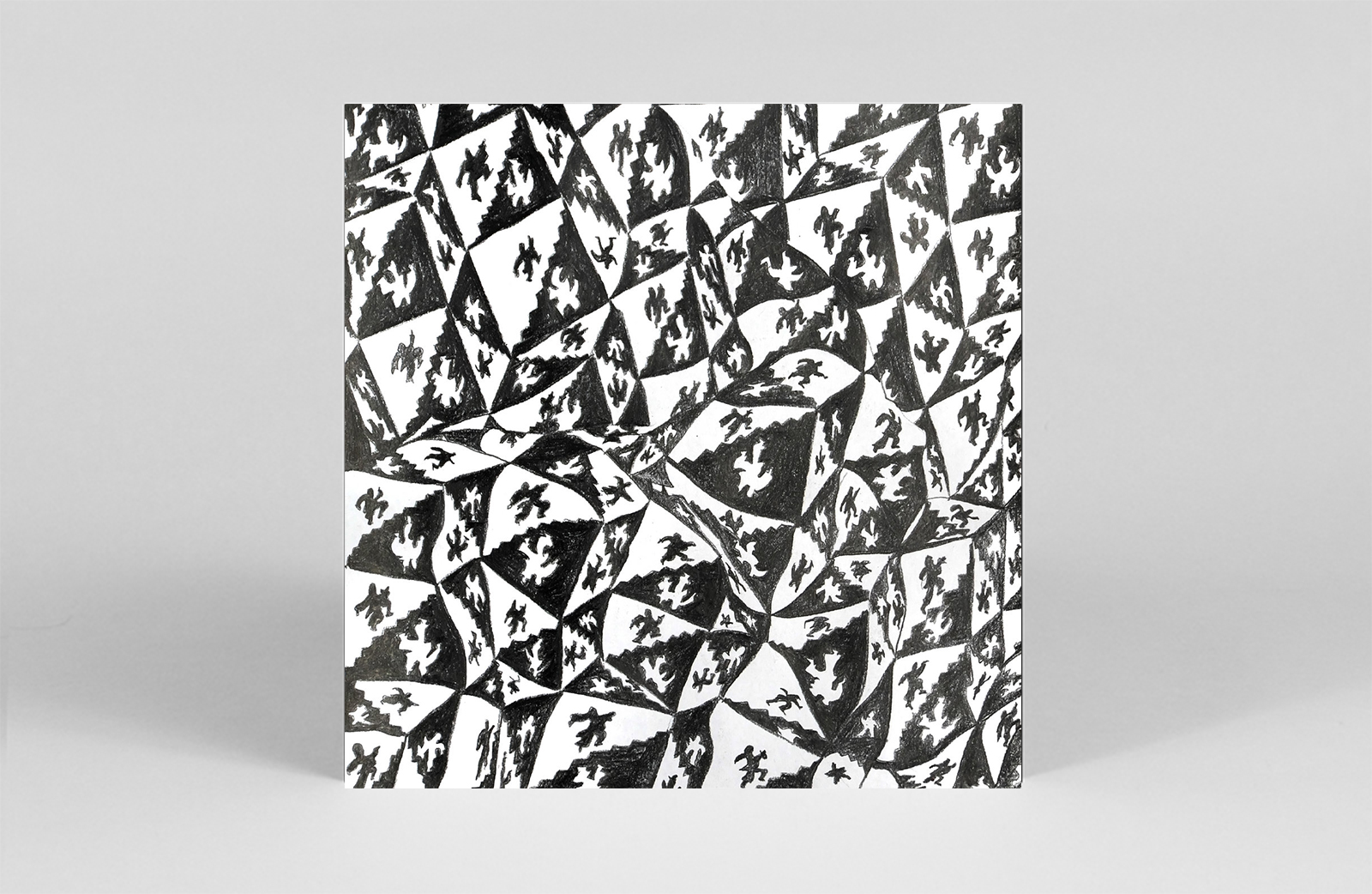 Based on a libretto, Crooner Qui Coule Sous Les Clous is a striking introduction to Aude Van Wyller’s Oï Les Ox project and her idiosyncratic approach to sonic narrative. Working from text to sound and using techniques such as wordplay and automatic writing to build up the abstract characters in this unconventional opera, as a listening experience it transpires as a seamless unfolding of curious sounds. A welcome vinyl edition to follow on from last year’s cassette release. – JH 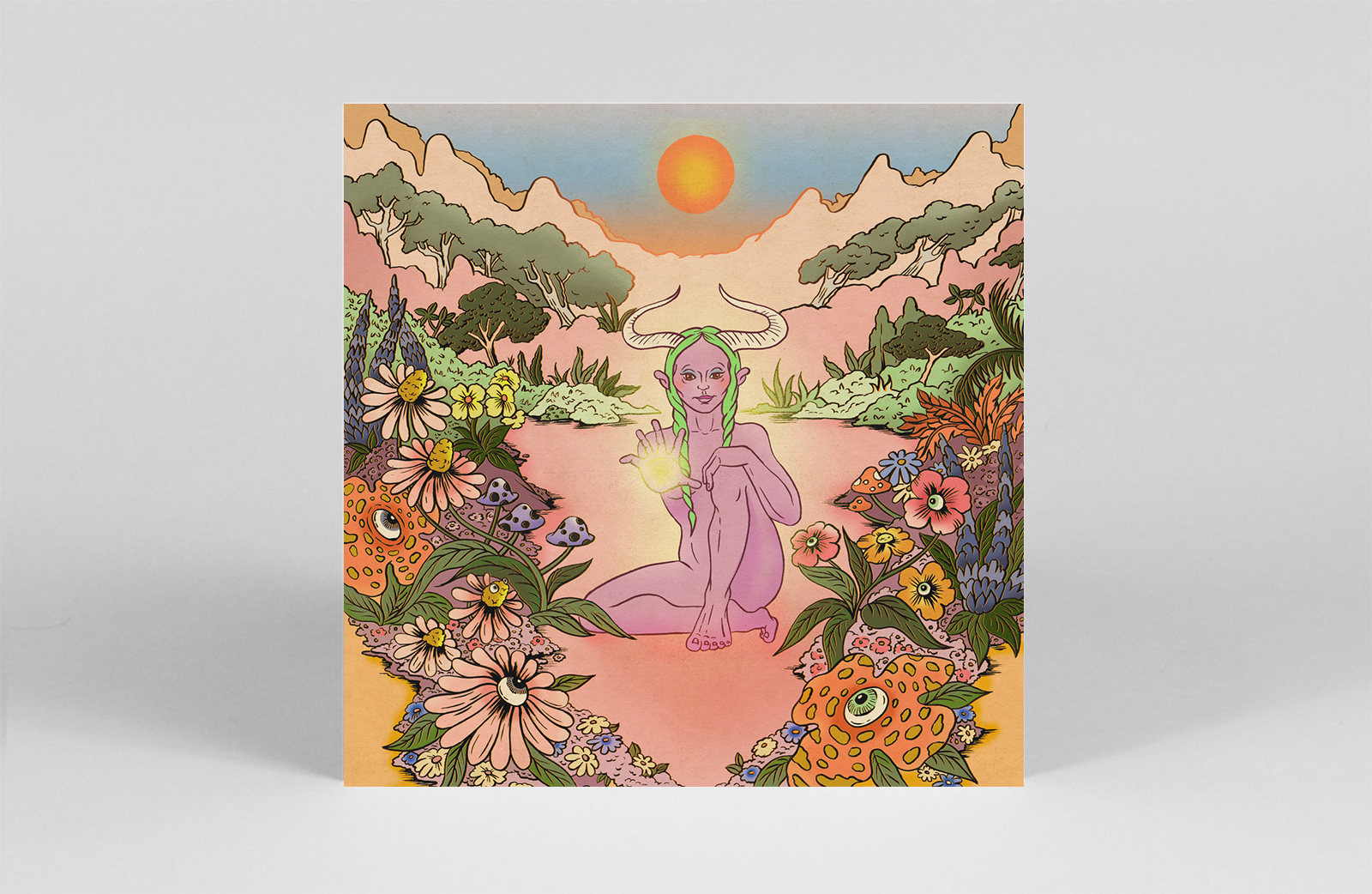 Harnessing sunshine-imbued house euphoria, London producer and DJ TSHA’s Only L EP receives its awaited release in physical form, following digital offerings as singles earlier this year. The star of the show is its title track ‘Only L’, which taps NIMMO’s arching vocals to lead its whirling chorus into ecstatic builds, primed for flinging your limbs akimbo to without a care in the world. That said, the additional two tracks are winners too.’Power’ sits more in DJ tool terrain, courtesy of its looping steel-drum and “come on!” voice yelps. While ‘I Know’ is a heartrending B-side bubbler, that once again taps into similarly solar-dappled swirls a la ‘Only L’, though this time it’s more of a heads-down, eyes closed affair. – GH 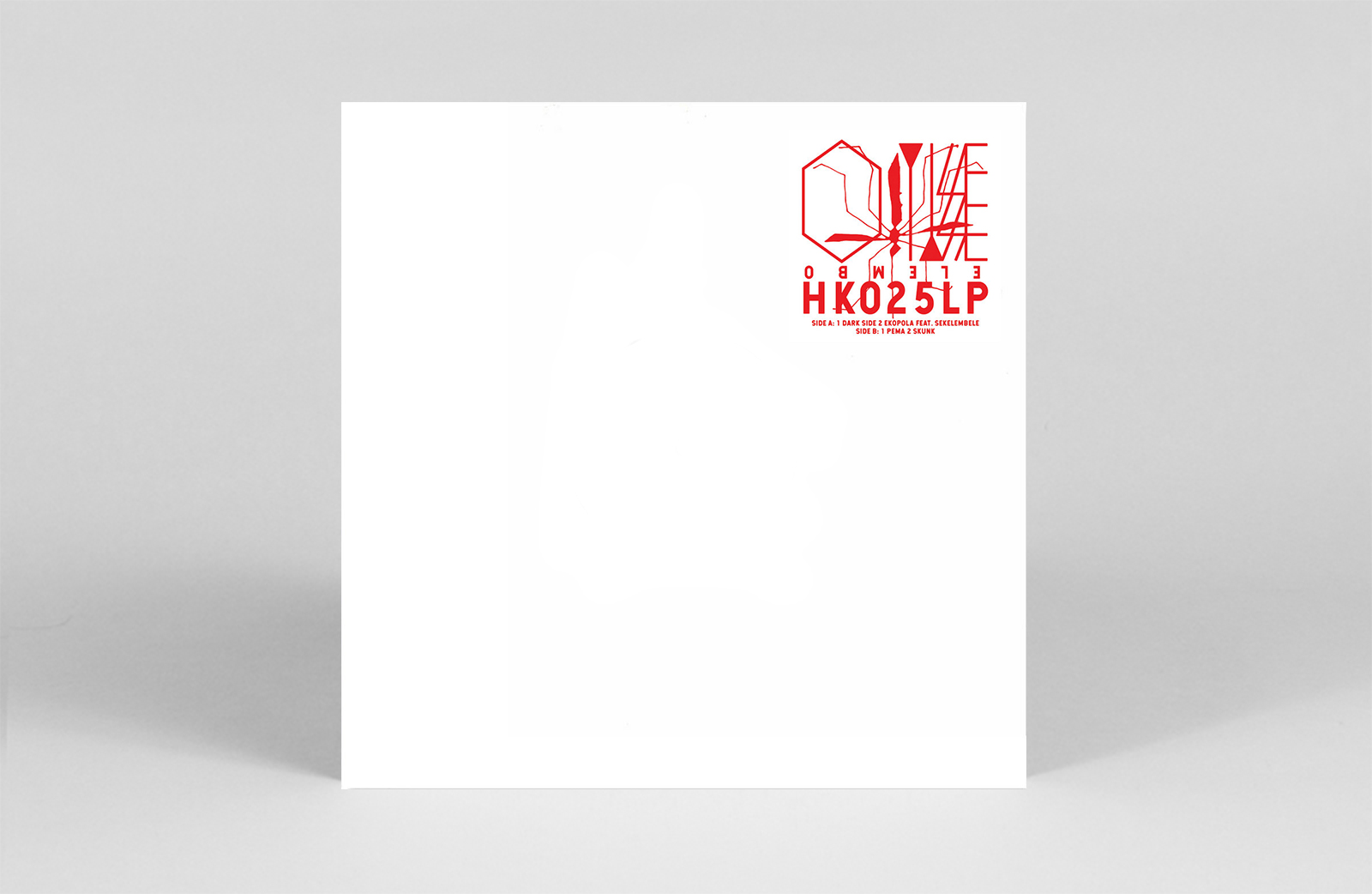 For the last 3 years, Nyege Nyege Tapes sub-label Hakuna Kulala has been tapping into the cutting edge of East Africa’s electronic scene, releasing hard-hitting gqom, bass and trap. This time, they’ve partnered up with the big sister NNT, for a white label series – kicking off with a 4-track EP from young Congolese, Kampala-based producer Oyisse. It’s characterised by bite-size pieces of dark, brooding electronica – incorporating trap sounds with the quicker pace of gqom. Topped off with menacing vocals from Congolese MC Sekelembele, it’s ripe for a grimy, sweaty dance floor. – AW 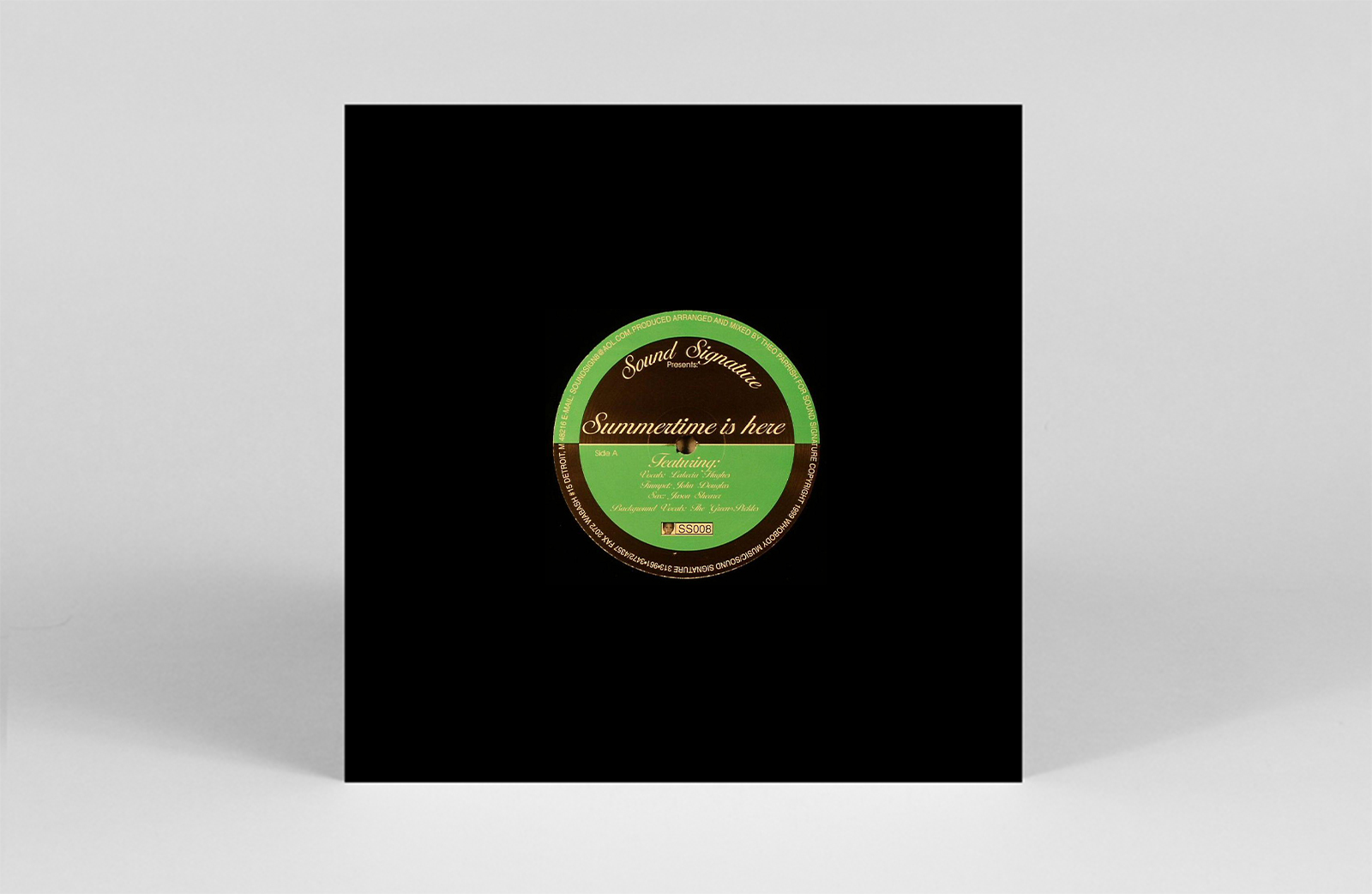 The legendary Theo Parrish’s classic ’90s jam Summertime Is Here’ gets the reissue treatment. Vibrant rhythms, with a touch of muted-jazz-leaning hip-hop rumblings on a one-sided pressing shows that deep house has never sounded so good. Invoking the joyful sounds of a festival-filled summer, and re-entry to dancefloors, it captures the rousing spirit of freedom and the pure desire to dance mixed with the promise of sunshine. The mastery of Parrish’s productions continue to delight and amaze our modern ears. – EH 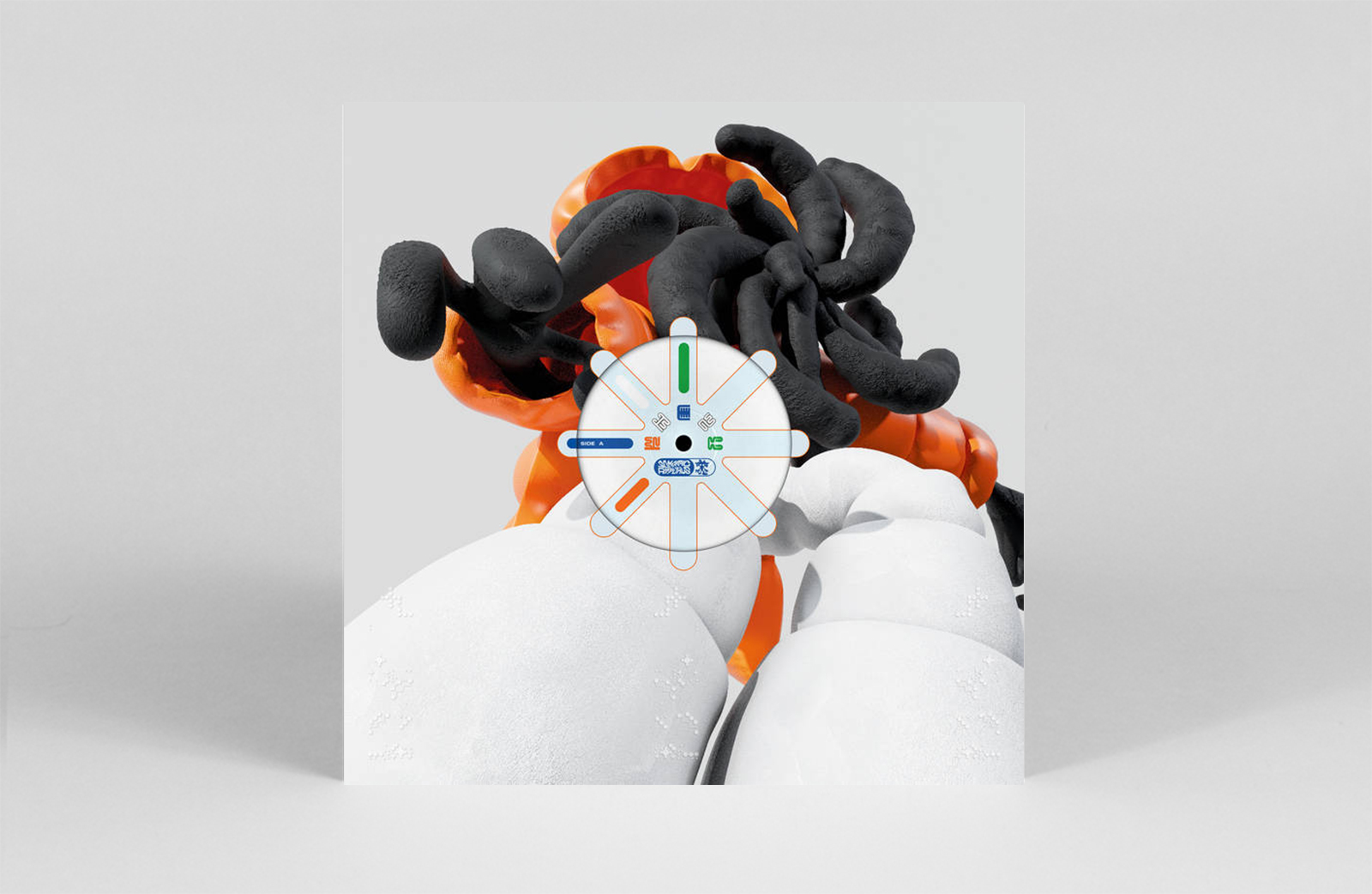 Swiss-Senegalese producer Mafou presents his first EP, Khezu, on Basel based label Somatic Rituals, of which he is also a founding member. The zesty, three-tracker plays with sharp percussion taking on traits of deconstructed techno whilst also having some slight leanings towards UK Grime. ‘Vodou’ centres around hypnotic drum patterns, circling with rising tension and exciting sonic dynamism. A real stepper designed for the twists and turns of the dancefloor, it’s an exciting step forward for the collective who have been creating an informed space in the Swiss dance scene with their forward thinking club nights and day parties. – EH