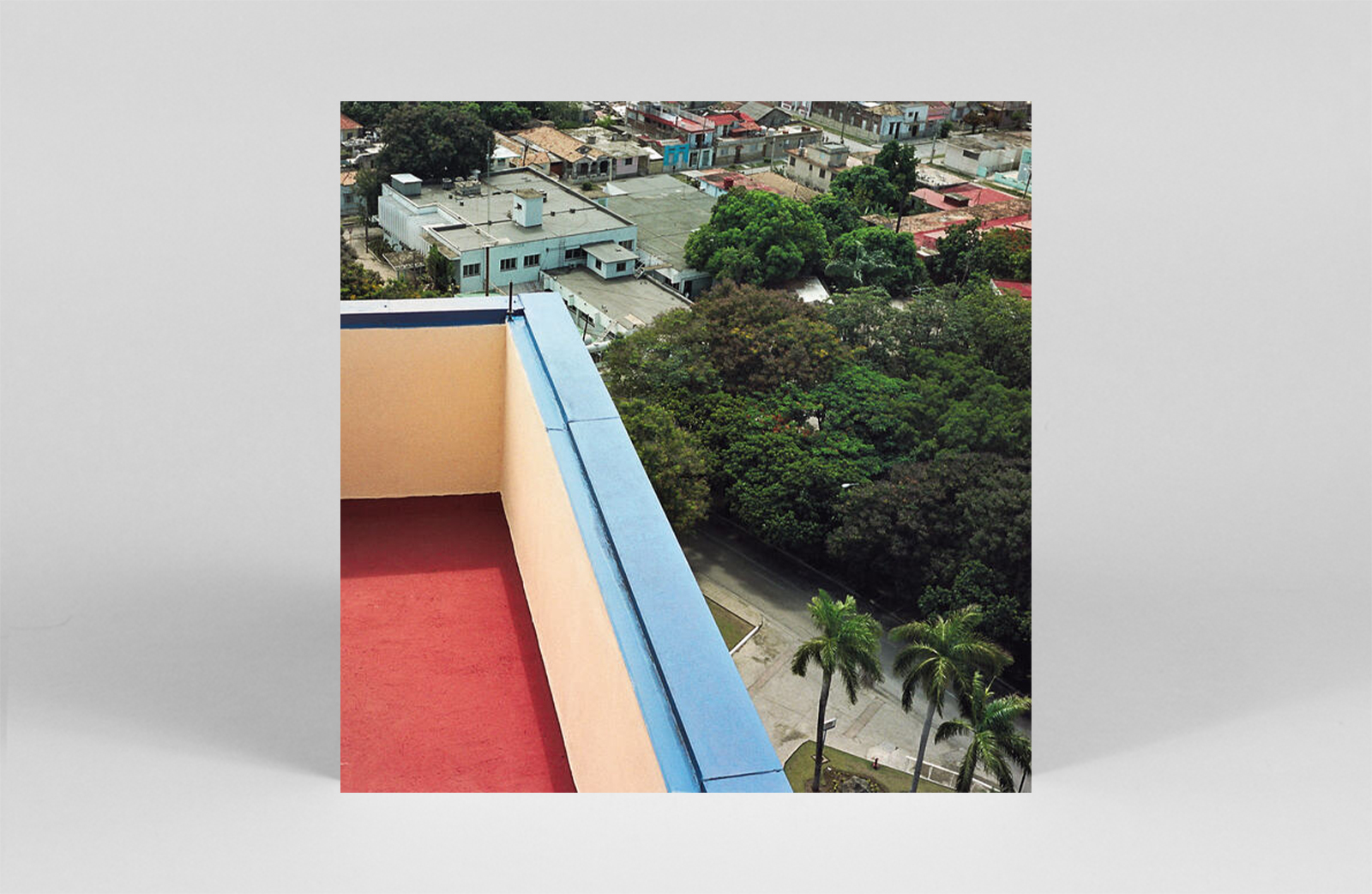 Japanese house producer Shinichi Atobe remains as elusive as ever. Yet, no matter when he surprise releases a record, it is guaranteed to be top-quality, sun dappled house and techno. Such is the case with his latest offering on DDS, Love of Plastic. In his signature form, each track bubbles and builds around selected elements – a vocal clip and gleaming synthesizer hook there, flitting percussion and a piano tinkle there. This is slow burning, meticulously crafted electronic music to get lost in, and the perfect tonic to help take your mind to sunnier planes in January. – GH 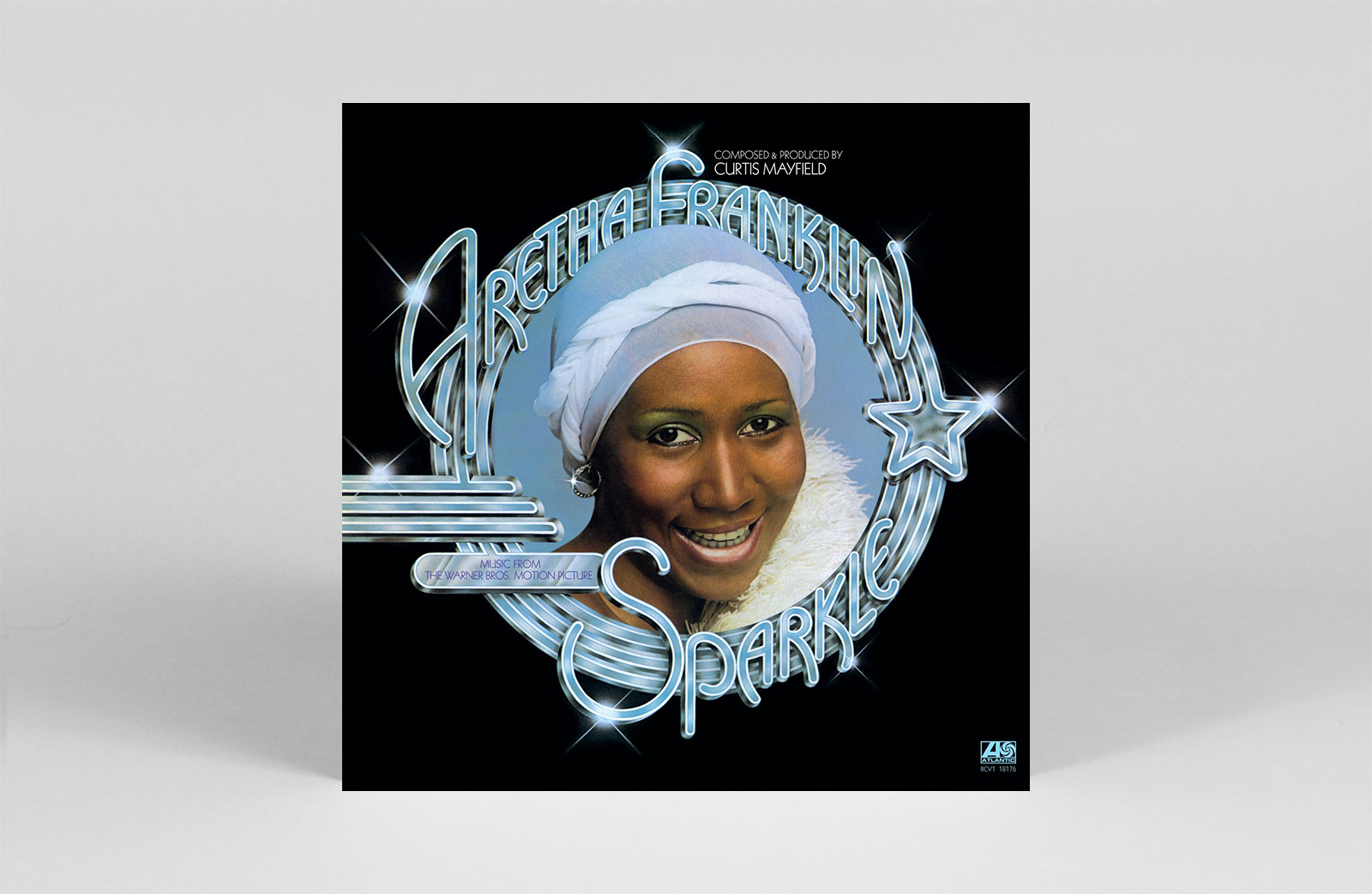 A high-water mark of Aretha Franklin’s ’70s discography, her soundtrack to 1976, Supremes-inspired musical drama, Sparkle, enticingly paired the queen of soul with the songwriting prowess of Curtis Mayfield. As a re-recording of numbers sung by the girl-group trio within the film, it’s an unusual soundtrack in its genesis, but one that Franklin certainly made her own with a stunning vocal performance. Mixing slinky bass lines, orchestral strings, and girl group sensibilities (courtesy of the Kitty Haywood singers) – Sparkle was a branching out from Franklin’s established works of the time, and though sometimes overlooked within the canon of her finest LPs, this first-time vinyl reissue is a welcome reminder of its considerable charms. – JH 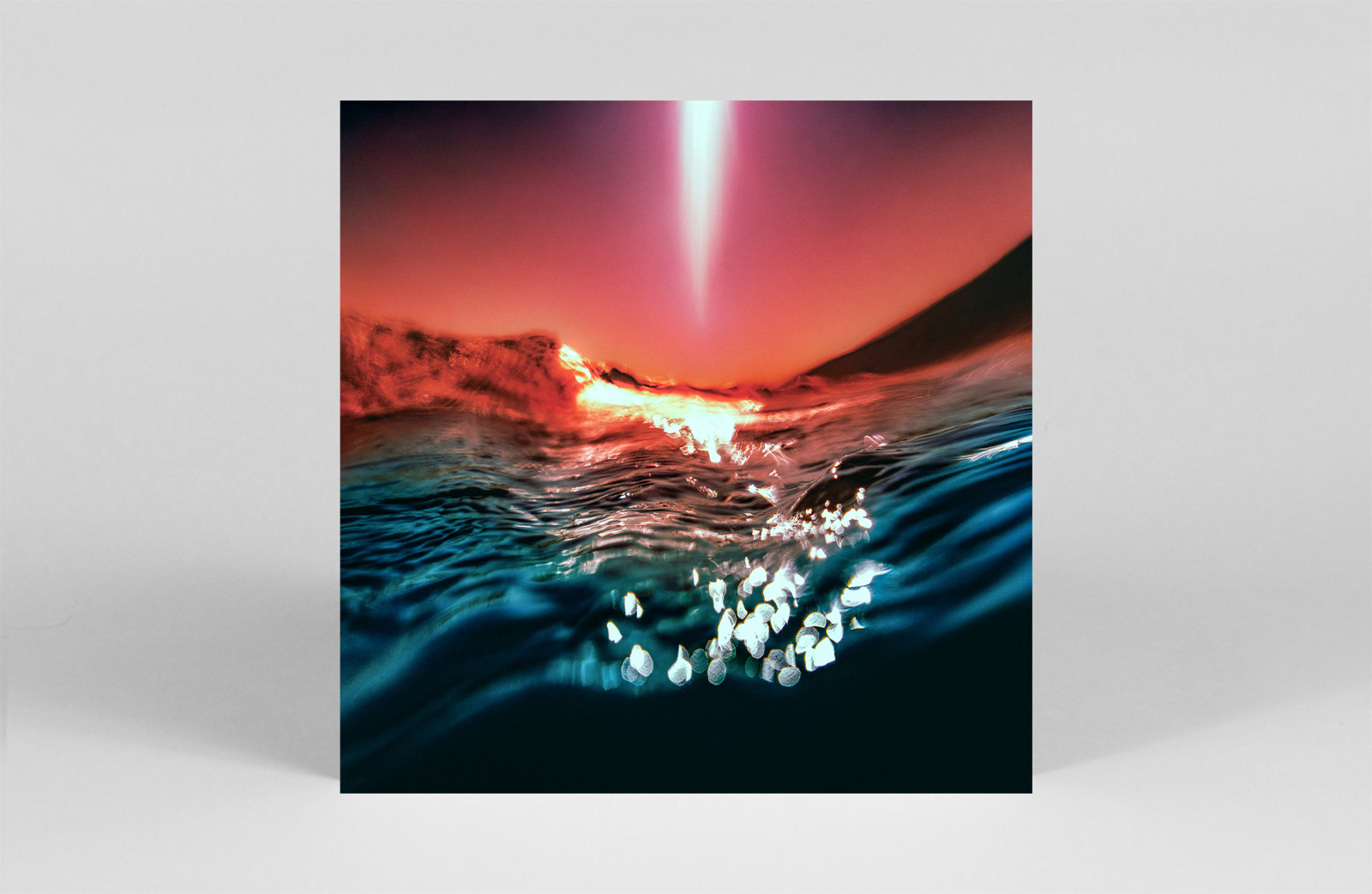 There’s a certain characteristic of Bonobo’s productions which is instantly recognisable: a deftness of touch, and an ability to balance and layer instrumentation, still allowing each part its own space. His careful selection process extends to guest artists alike, such as the silky vocals of Jordan Rakei and Jamila Woods, or the techno influence of producer O’Flynn. Bonobo’s seventh album certainly feels like the most emotionally exposed to date – perhaps a result of touring coming to a standstill, allowing more time for introspection. It is musical storytelling at its best – expressing his hope for the future, tinged with melancholia and blues, riding soaring waves of analogue orchestration, and embarking on exhilarating rave escapades. – AW 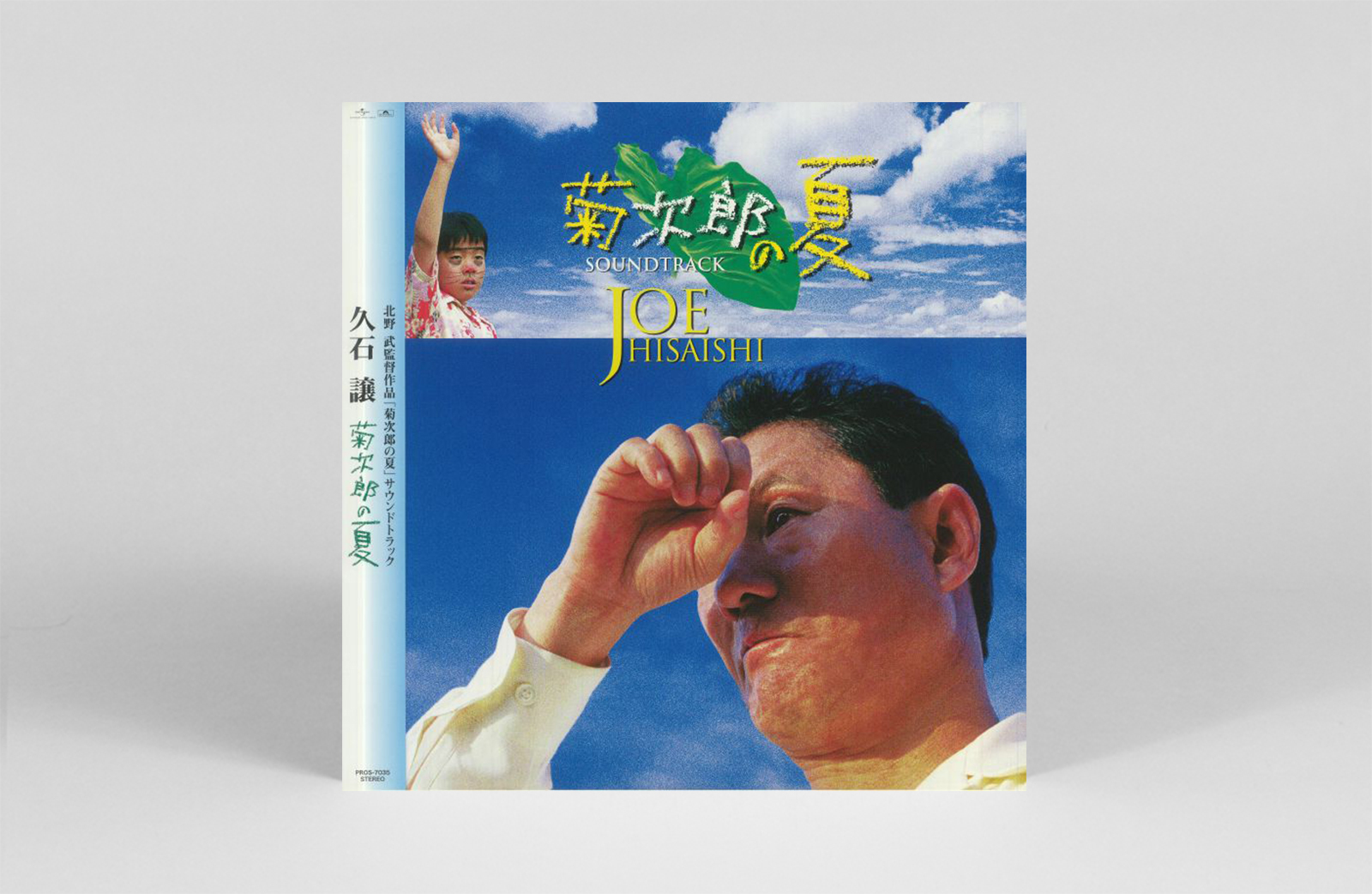 The power of sound in combination with moving imagery can transport the listener into a realm of vivid imagination – encapsulating emotions and adding to the power of the story-telling process. Japanese composer Joe Hisiashi is a maestro of this craft; best known for his decades-long work composing with Studio Ghibli, and close relationship with founder Hayao Miyazaki. Hisaishi’s energetic original composition for 1999 road drama Kikujiro No Natsu is an example of his work outside of the animation house’s storied oeuvre. Throughout, his score elevates the movie with romantic refrain, as its visuals sweep across scenes of the Japanese countryside. The film’s plot line and aesthetics pair perfectly with the crisp clarity of Hisiashi’s style for this score. The compositions also led him on the journey to create his masterpiece ’Summer’, featured on this superb album. – EH 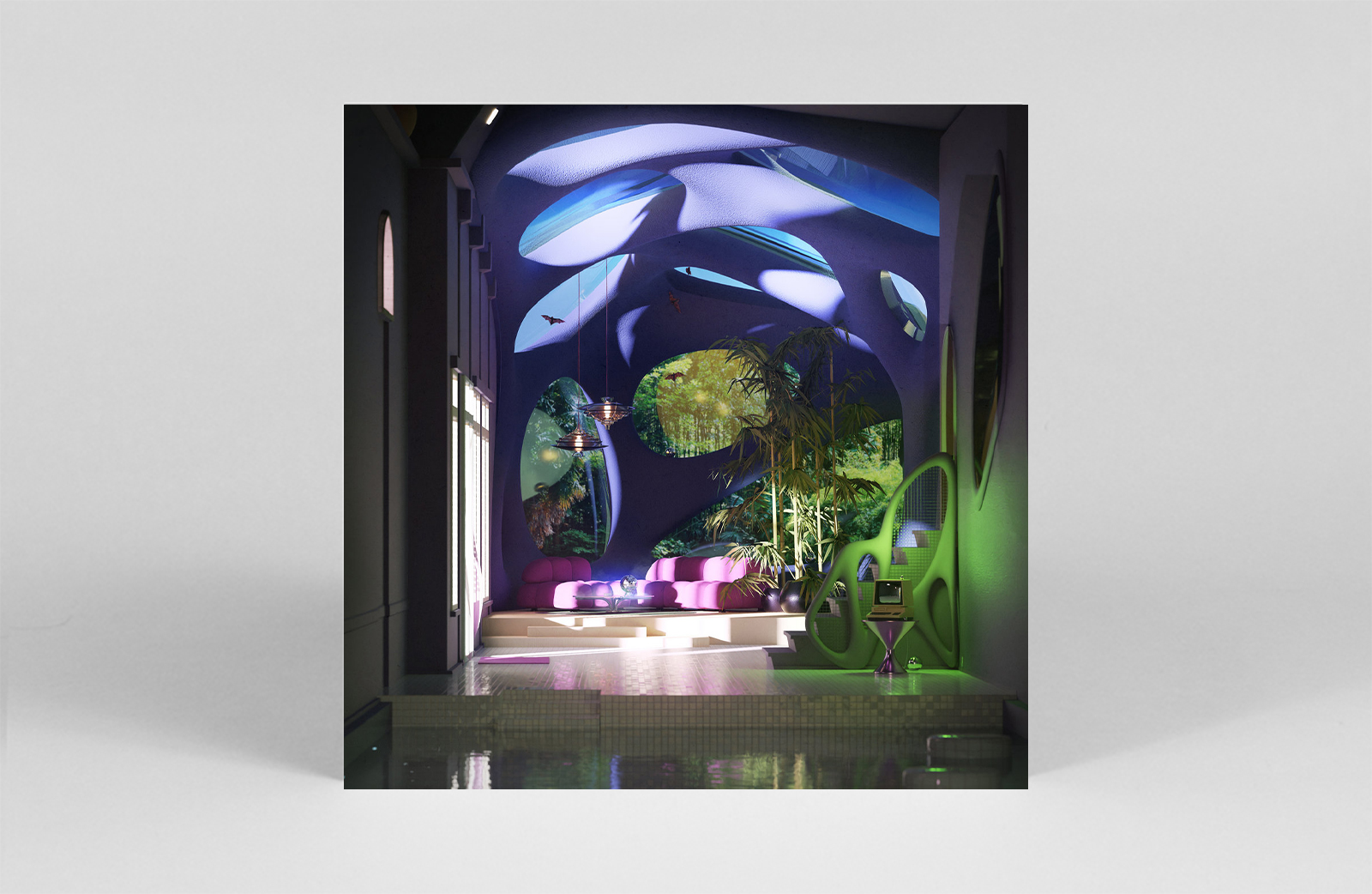 Rising Amsterdam producer and DJ mayo steps up on the illustrious Carista’s United Identities imprint, with Sad Violin Music. Creating using self-built modular synthesizers, and drawing on a self-described punk ethos, the 3-tracks represent likeminded shades of the journey into her budding artistry. Opener ‘Dystopian Dialect’ is chuggy goodness that will appeal to any decent Weatherall disciple. Next, ‘Aura Phase’ slaps the bpm into a higher gear thanks to its zippy electro spank. Finally, ‘Human Engineering’ returns to a slower pace via an industrial touch. It’s a transfixing debut outing, as well as an EP that makes you want to hear a whole lot more from mayo. – GH 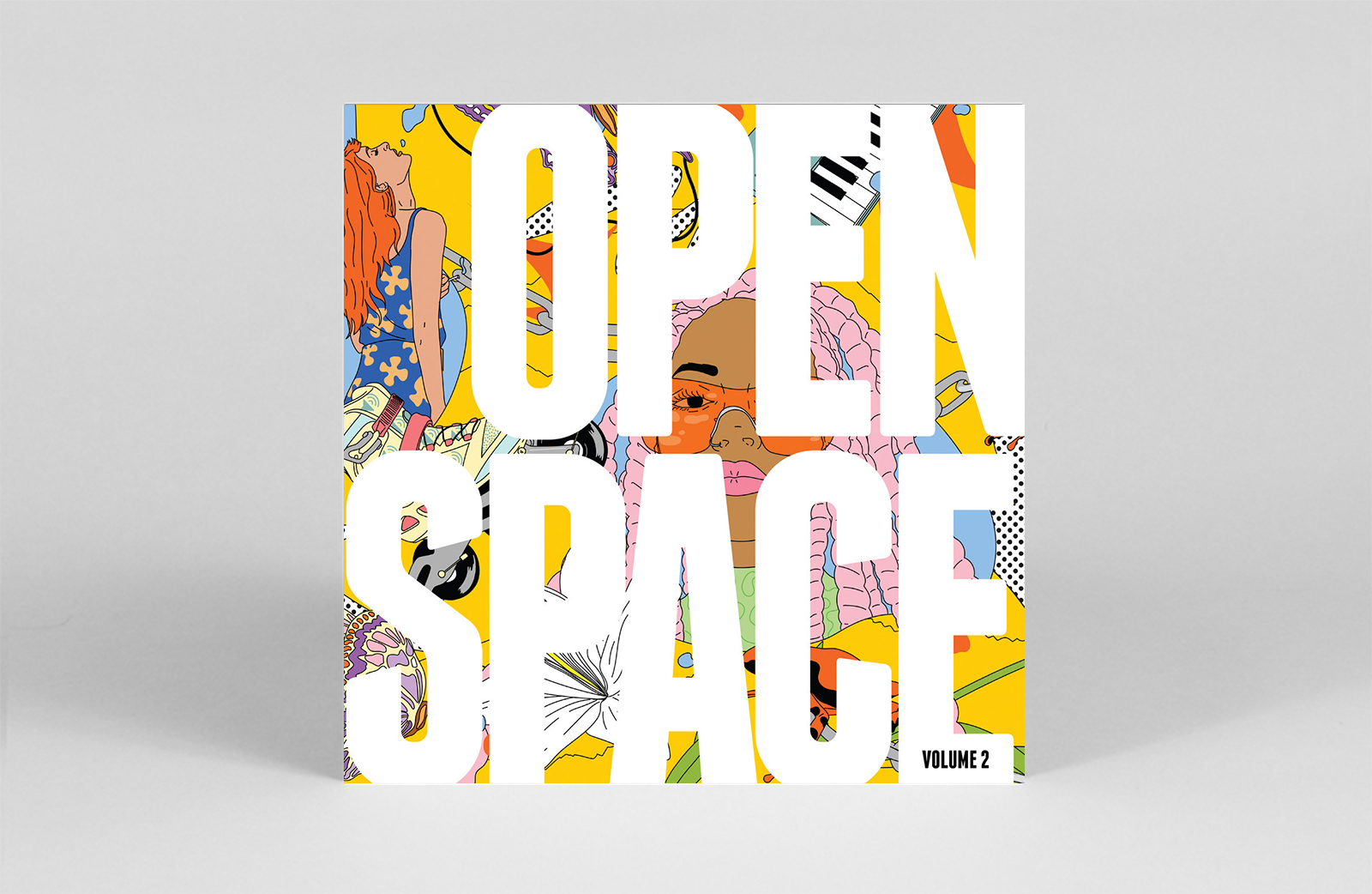 The second instalment of the Open Space compilation series continues to explore the contemporary ambient landscape – with the simple premise of nurturing freedom of expression, resulting in a wide-ranging array of deeply personal and emotive soundscapes. Droplets of modular synths, muted kicks, reverberating arpeggios, and crackling percussion permeate many of the tracks, whose moods oscillate from meditative to darkly euphoric. Well known composers John Beltran, Max Cooper, Laraaji and Exos contribute, alongside techno producers and upcoming electronic artists from around the world. – AW 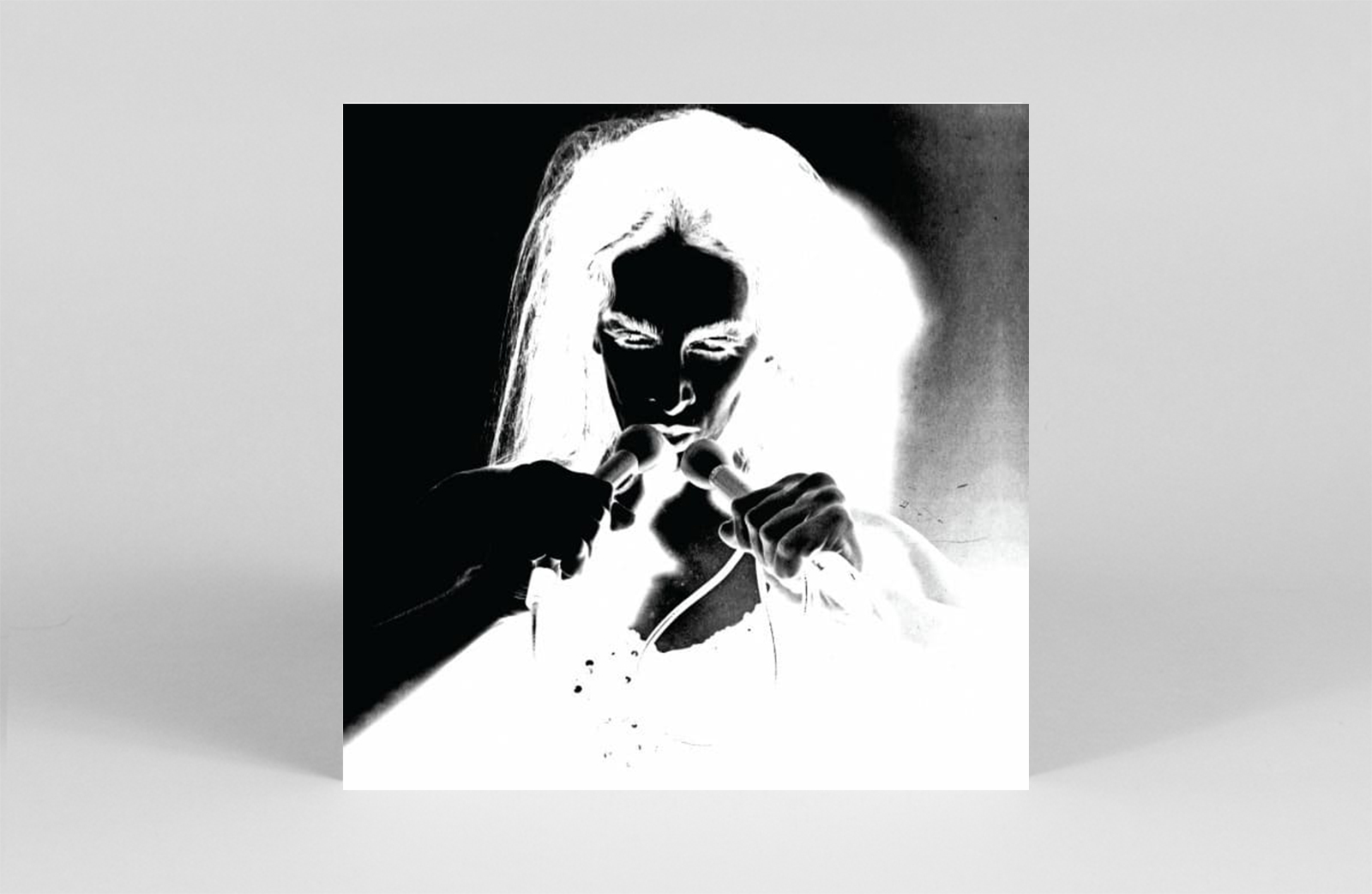 A true representation of the avant-garde, Diamanda Galás’ demanding physical performances and otherworldly vocals have made her a force to reckon with. Her self-titled, second album, Diamanda Galás is disorienting, overwhelming, and wholly engaging. Spanning skittering, inhuman cries, to fractured noises, arcane chants, and operatic vocals, the LP is not an album one can easily ignore, or forget. – LR 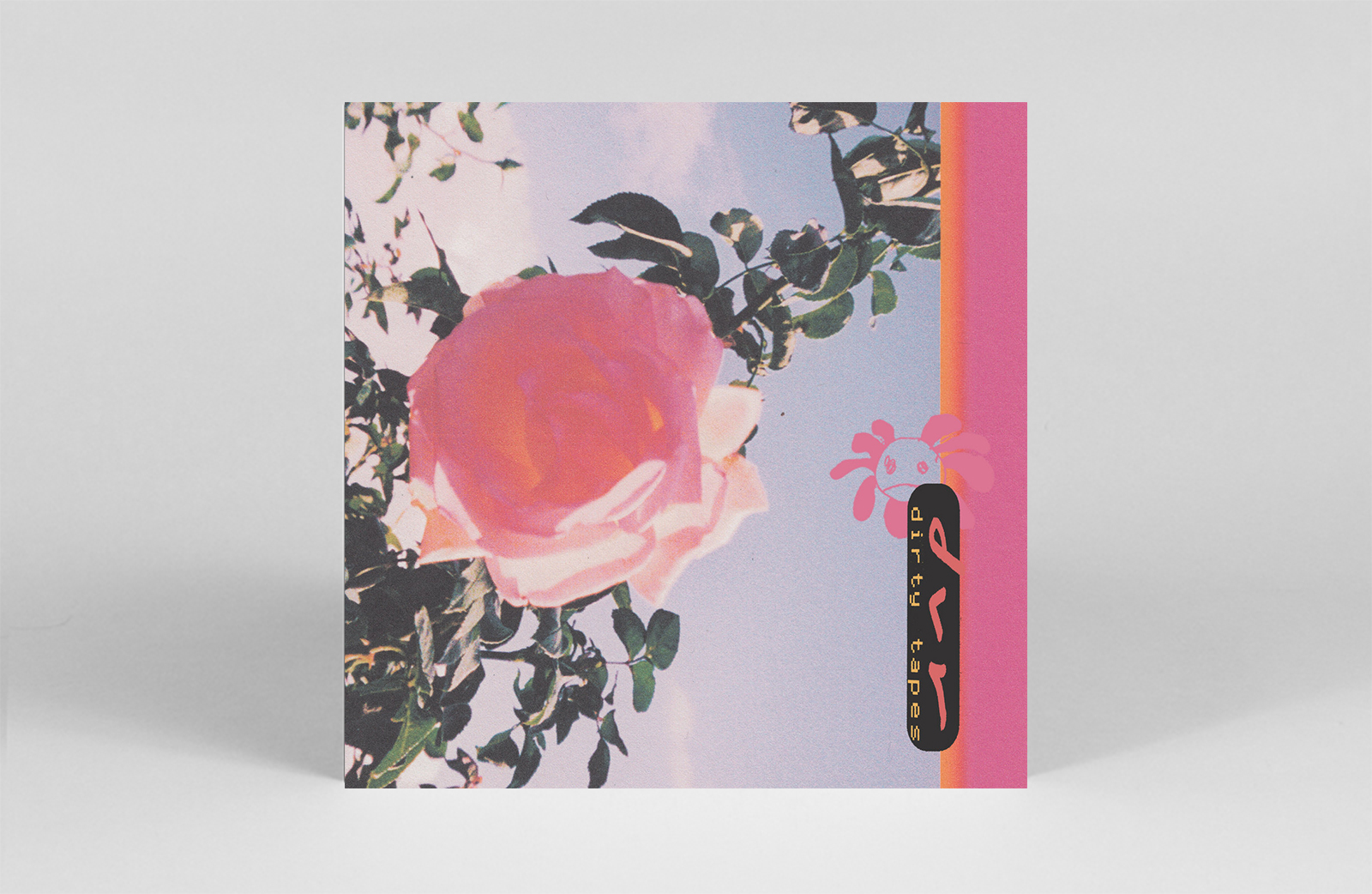 Scottish producer and vocalist dvr delivers five tracks of alternative pop beauty for the esteemed XL, on dirty tapes. The EP is a stripped-back, raw, and profoundly interesting body of work. ‘stupid’ starts with the gentle strums of a guitar before diving into spoken word, where the melody takes shape, embracing all marvels of the DIY indie aesthetic. Its sounds remain open and jovial until you reach ‘drugs’, which has a slight melancholic edge, and is also served alongside the grittiness of dvrs’s emotive delivery. – EH 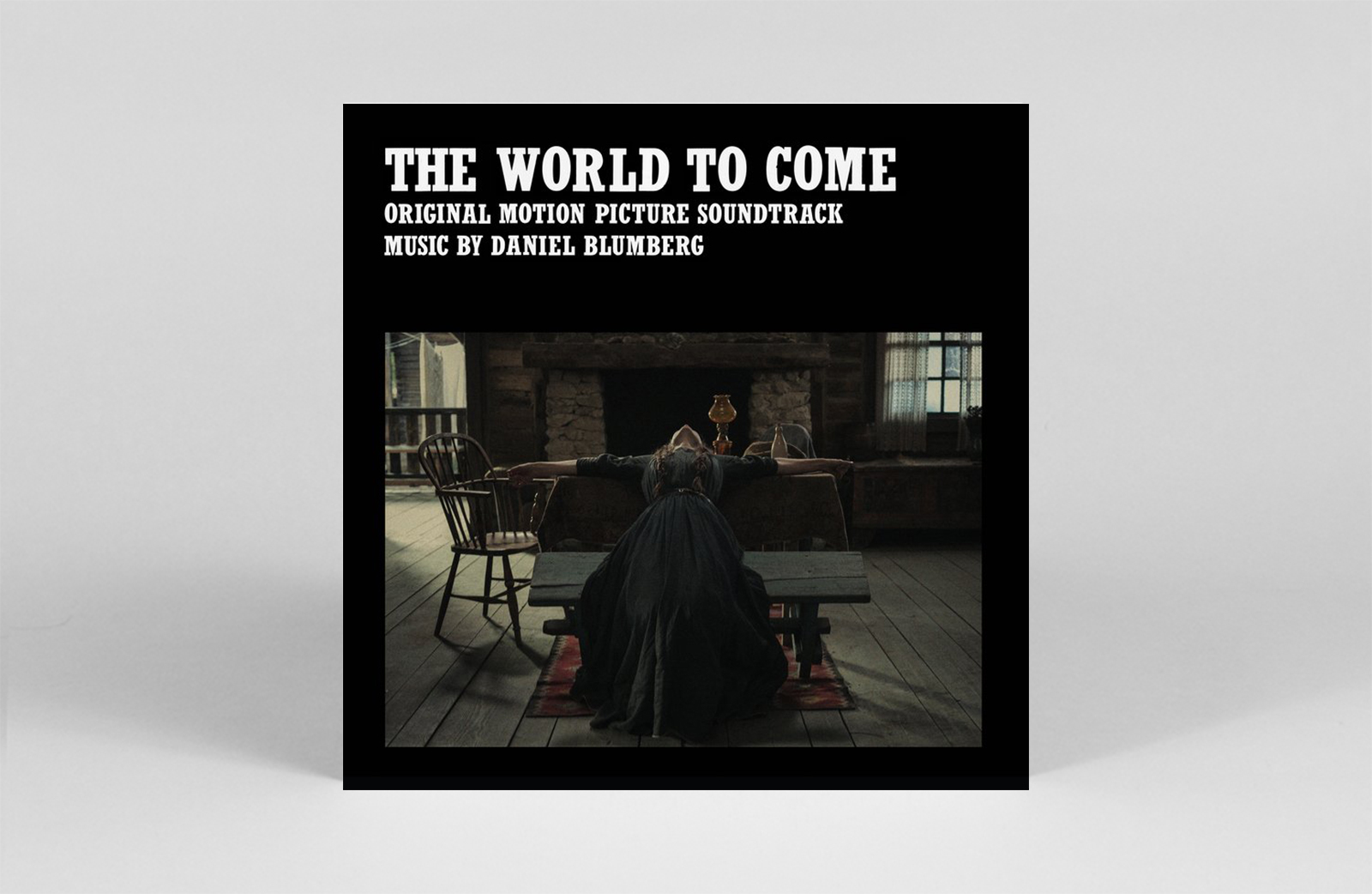 The World To Come

Lead by clarinets and resonant strings, Daniel Blumberg’s score for Mona Fastvold’s The World to Come thrives on entanglements of melody and dissonance. Whilst pared back in comparison to the idiosyncratic songcraft of Blumberg’s recent LPs – worthy investigations for the unfamiliar, core collaborators and the improvisational language of those works make a return within an expanded ensemble. Bound to the innate tension that follows the film’s love story and unforgiving landscape, the emotive and timbral undercurrents of this soundtrack remain a potent listening experience in their own right. – JH 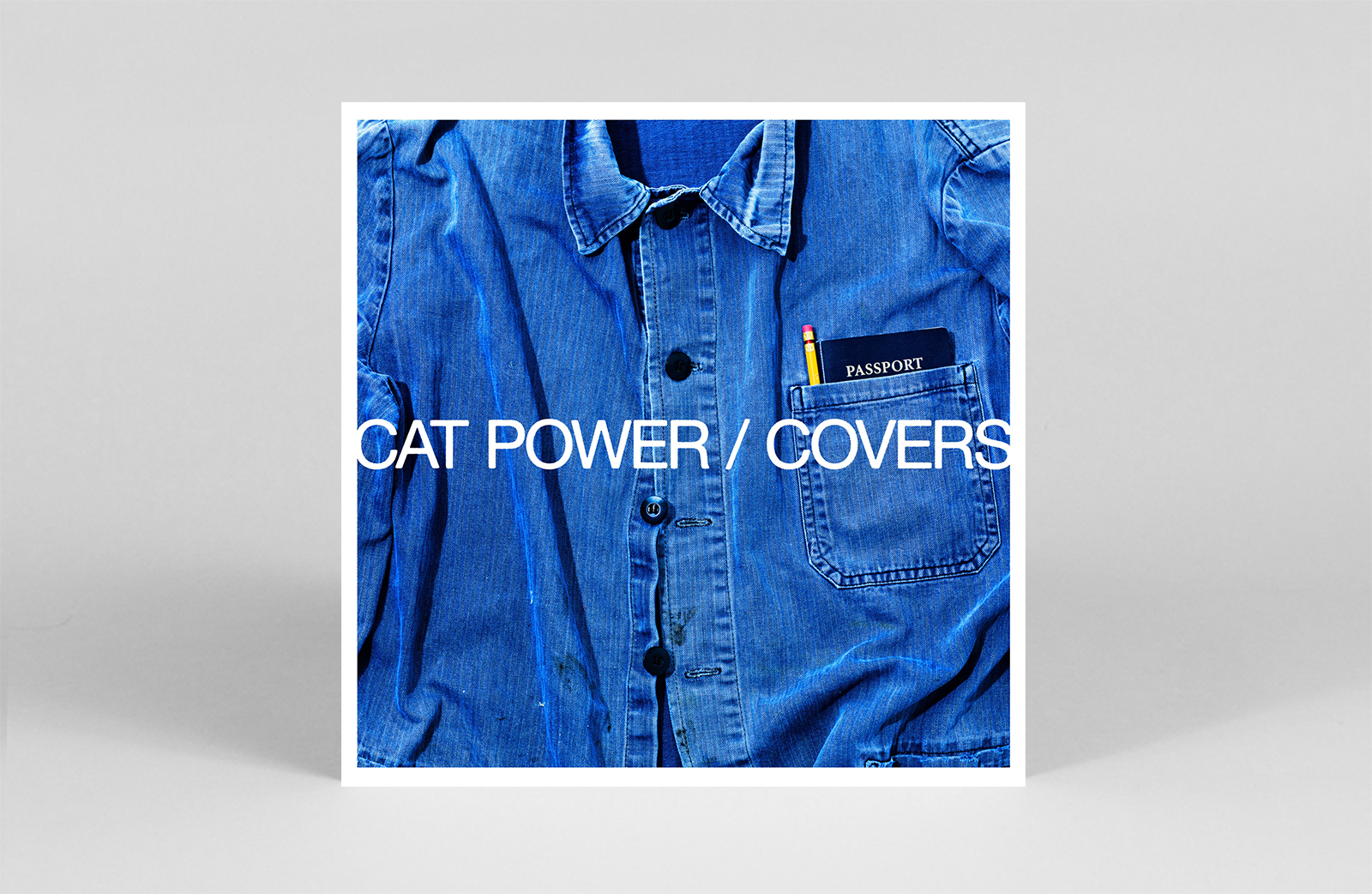 A covers album can be a tricky entity to get right. Fortunately, Cat Power’s Covers deftly avoids the sycophantic, or simply boring, pitfalls that other artists have fallen into, transforming her iterations into different shapes. Covering tunes from an eclectic range of artists — from Frank Ocean to Iggy Pop via Billie Holiday — Power uses her instantly recognisable voice to draw out seemingly new emotions from each track. Making each track her own, Covers demonstrates the potential greatness of the cover album when in the right hands. – LR