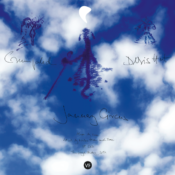 “There’s a delicacy to the performances by Toxe—not a fragile delicacy, but the kind you’d associate with an Olympic rhythmic gymnast, whose twirls only seem light and graceful because of the immense muscular power behind them.” – FADER

Toxe’s horizons are very wide – she has deconstructed Britney Spears in “Xic” for Halcyon Veil and with ‘Still Life’ (co-produced with Mechatok) she caught the atttention of KENZO who used it as a score to their FW 2016 prints’ presentation and she has also performed alongside Arca.

The Swedish musician crafts some of the most stomach-churning music productions, innovative drum patterns and lovelorn melodies in the scene. Her debut EP ‘Muscle Memory’ was released on Staycore in October 2015. On the five tracks of this release she clashed boulder-heavy rhythms against intricate details painting a picture very human and emotional, developing a very distinctive sound. The artist concluded 2016 with her first ever South-American tour. More recently, Toxe played at Berlin’s CTM Festival and MeetFactory in Prague. The Swedish experimentalist has just been announced for a Gucci x Club To Club night in Milan, Best Kept Secret and Wiener Festwochen’s new Hyperreality festival.

The Motionless Present
Add to cart
£15.00
We use cookies on our website to give you the most relevant experience by remembering your preferences and repeat visits. By clicking “Accept”, you consent to the use of ALL the cookies.
Cookie settingsACCEPT
Manage consent