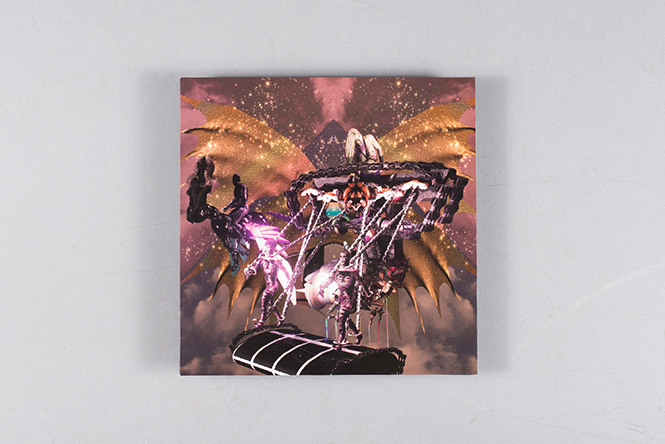 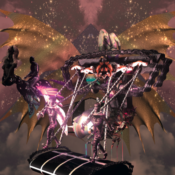 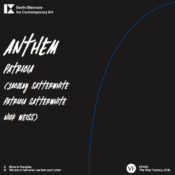 A: Birds In Paradise
B: We Are In Hell When We Hurt Each Other

Total Freedom has produced the new vinyl series ‘ANTHEM’ in collaboration with; The Vinyl Factory, DIS Magazine and the 9th Berlin Biennale for Contemporary Art. The series contains sets of very unlikely collaborations between artists and musicians. Here is ‘Patricia’ by Patricia Satterwhite, Jacolby Satterwhite and Nick Weiss.

Jacolby Satterwhite and Nick Weiss have collaborated with Patricia (Jacolby’s mum) by  recording, repurposing, and producing Patricia’s works into an experimental visual EP for ANTHEM. The pair have sampled from a selection of tracks out of several hundred recorded acapellas made by Patricia over a decade. This EP will be followed by a full album of the collaboration which will be produced by the three creatives.

Jacolby Satterwhite’s vibrant work weaves together performance, animation, and personal ephemera. His videos and performances build on household or cosmetic products that his schizophrenic mother imagined and sketched. Satterwhite traces these objects and incorporates them into a virtual world filled with family videos and recordings of the artist dancing and vogue-ing in bright, tight body suits. “There are limits with what you can do with objects, because objects are imbedded with history, politics and all kinds of anxiety,” he has said. “To put myself in a virtual world is a political gesture, negating all those associations.” Satterwhite’s worlds evoke the escapism of Afro-futurism and suggest a posthuman quasi-utopic virtual reality.