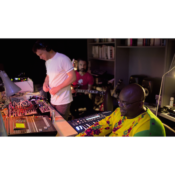 Mumdance, aka Jack Adams, a producer and DJ from Brighton, whose trademark raw, riotous rhythms – drawn from Grime, UK funky, Brazilian baile funk, Caribbean calypso, American Baltimore Gutter, Afro-beat, High life, and Latin ghetto music such as tribal guarachero – have been electrifying dancefloors worldwide over the last couple of years, providing him with a hectic DJ schedule which criss-crosses the globe from Australia, Mexico, North America, Europe & all over the UK. The Vinyl Factory has partnered American multi-media artist Doug Aitken and the Barbican to bring his acclaimed ‘Station to Station: A 30 Day Happening’ to the UK for a month-long, building-wide, art intervention, from Saturday 27 June – Sunday 26 July. 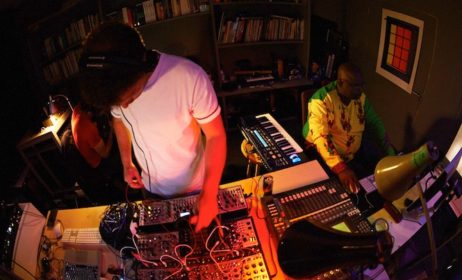