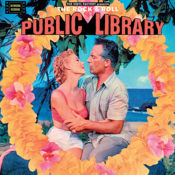 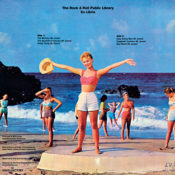 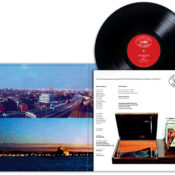 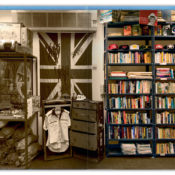 The Vinyl Factory is proud to present an album of six original songs by Mick Jones – legendary guitarist of The Clash, founder of Big Audio Dynamite and producer for the likes of Gorillaz and the Libertines. Released in conjunction with the opening of his incredible Aladdin’s cave of popular culture – The Rock and Roll Public Library – at the 2015 Venice Biennale.

Recorded in his West London studio earlier this year and pressed onto 180-gram heavyweight vinyl housed in a bespoke sleeve with artwork by Jones, this very special edition is limited to 1000 copies worldwide – with the first 100 hand signed by the artist.

The Rock and Roll Public Library is a site-specific installation at the Istituto Santa Maria Della Pieta in Venice that explores the notion of archive as art. Comics and cartoons from his childhood sit alongside music magazines, punk fanzines, trashy pulp fictions, record covers and posters.

These relics of the last century, capturing a significant slice of British music history as told through Jones’ eyes and experience, trace a spark of imagination in service to the idea of continual creativity. “It’s a personal, cultural and social history of our times,” says Jones, “and through that it extends beyond the local to the global”.