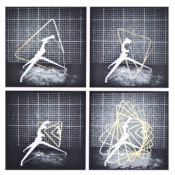 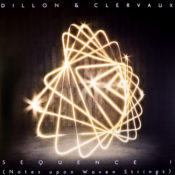 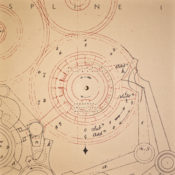 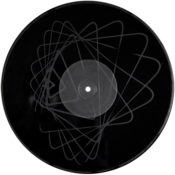 The Vinyl Factory is proud to present The ADA Project by Conrad Shawcross at its exhibition space at Brewer Street Car Park in Soho, London- taking place 10th – 31st October 2014.

For the project, four renowned female musicians created works in response to the movements of  an industrial robot that has been hacked and programmed by the artist to create four unique choreographies. In this first-of-its-kind collaborative artwork, Conrad Shawcross takes a new approach to commissioning music, reversing the traditional process, so that the robot’s dance provides the inspiration and parameters for the music.

Beatrice Dillon in collaboration with Rupert Clervaux uses the robot as percussion, sampling rhythms played on different parts of its housing. This was edited with field recordings of the engine, the vibration of the tripod legs and the tonal resonance of the machine’s metal parts.

A Diamond In The Mind
Out of stock
£30.00
We use cookies on our website to give you the most relevant experience by remembering your preferences and repeat visits. By clicking “Accept”, you consent to the use of ALL the cookies.
Cookie settingsACCEPT
Manage consent