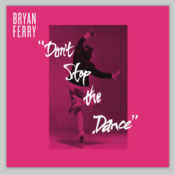 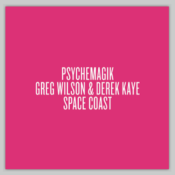 Now released  by The Vinyl Factory as a series of three super-deluxe limited   editions of only 1000 copies each – with bespoke screen printed thick card sleeves housing 180-gram records mastered for vinyl by Noel Summerville at 3345 Mastering and crafted on the EMI 1400 in Hayes, Middlesex.

“The recording was done in various studios in  London, New York and Nassau, and the whole process took about two  years,” recalls Bryan Ferry. “I  wrote ‘Don’t Stop The Dance’ together  with my co-producer and engineer  Rhett Davies, and I remember the track originating in some sessions we did at my home studio in England. We finally mixed the record with Bob  Clearmountain at The Power Station studios in New York.”

“After the successful release of ‘Olympia Remixes’, we decided that my song  ‘Don’t Stop The Dance’ should really be revisited by a new generation of DJs,” says Bryan Ferry.

“Since my first solo album in 1973 I’ve  always tried to reinterpret other people’s songs in my own way. So it has been good to hear ‘Don’t Stop Dance’ in so many different incarnations. It’s fascinating to see how some of the remixes focus on  certain aspects of the song, and some on another…they all take the track to a variety of interesting places.”